Movie Review: 'Hamid' Is a Humane, Clever Look at the Aftermath of Violence

Set in Kashmir and centred around a seven-year-old boy, 'Hamid' never skirts around uncomfortable truths. 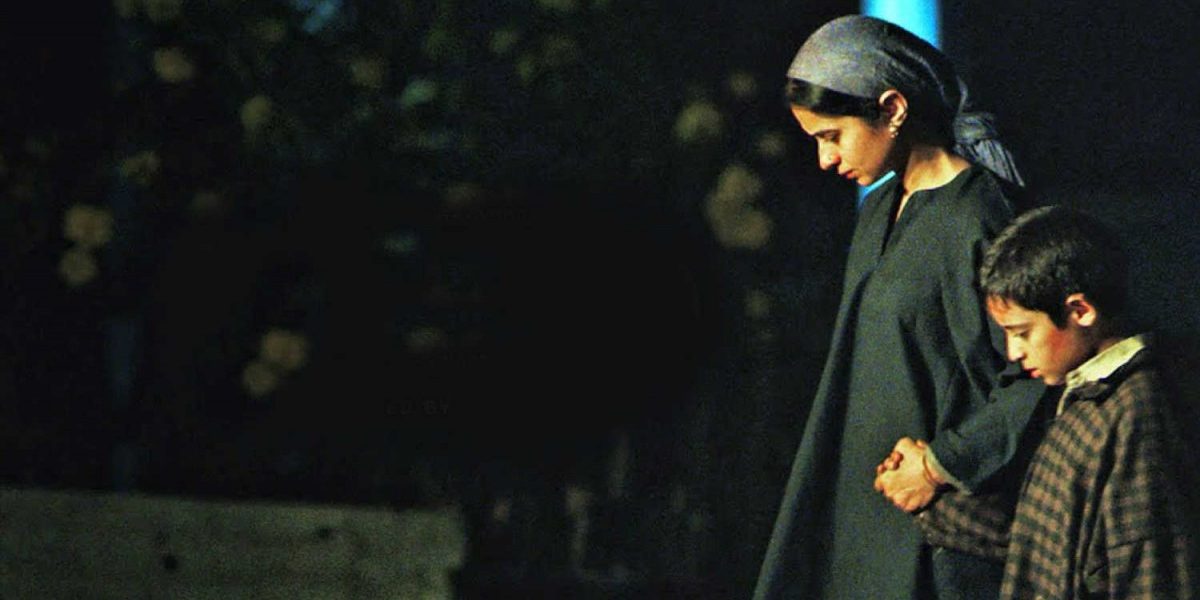 A still from 'Hamid'.

The first revolves around a seven-year-old boy, Hamid (Talha Arshad Reshi), whose father, Rehmat Ali (Sumit Kaul), disappeared one night. (The movie doesn’t specify what happened to him but, on the night of his disappearance, he was harassed by the CRPF officers.) Hamid is too young to understand loss: He thinks his father, a carpenter, has been held by Allah to complete some construction work. His mother, Ishrat (Rasika Duggal), routinely goes to the local police station to inquire about her husband. She gets the same response: “We don’t know.”

The other part is centred on Abhay (Vikas Kumar), a hot-headed CRPF jawan who resents the Kashmiri insurgents. When we first see Abhay, he’s peeing on a wall that has “Azaadi” painted on it. A young Kashmiri hurls a stone at him; Abhay chases him down and points a gun at him. His friend, another CRPF officer, tells him, “Kya kar raha hai, yaar? Bachha hai (What are you doing? He’s a kid).”

Also read: This Film on Kashmir Sought CBFC Clearance 6 Months Ago – and Is Still Waiting

Hamid, in a desperate attempt to contact his father, finds out that “786 is Allah’s number”. He dials but the call fails. He’s told that a phone number has 10 digits and, one day, stumbling on a pamphlet that lists a contact number with recurring pattern, he concocts a combination. This time the phone rings: it’s answered by Abhay.

Unlike other movies in the Valley, Hamid is a quiet quest for the sublime. It contemplates theism, evident in a scene where Hamid and Rehmat, rowing a boat, are discussing Allah. This scene seems to be set in a parallel world: there are no dissenters, no slogans, no army – just a child and his father, on a quiet, bright morning, venerating the Almighty. The power of faith is, in fact, a recurring motif here, and this wonderful scene unfolds like a tribute to Life of Pi (2012): another drama, with a similar theme, set on a boat.

Khan’s decision to tell this story through Hamid, a young boy untouched by ideology or propaganda, feels both humane and clever. No matter what you feel about Kashmir, you can’t deny Hamid’s sorrow. It is equally difficult to dismiss Abhay as well. Khan sketches him in precise strokes. Abhay, evident from his accent, presumably hails from Bihar (he starts his sentences with “hum”, calls sister-in-law “bhauji”) who hasn’t visited home in 1.5 years. Stuck in a far-away land, among people whose anger he doesn’t quite understand, Abhay is an island scared of water.

“Treat others as you treat yourself”, a moral principle found in different religious texts, is a sound filmmaking dictum, too. Flattening the humanity of ‘others’ – in most cases, our ideological nemeses – often results in substandard films, because that mindset does not empathise but derides, fixated on advancing a worldview that craves nothing but echo chambers. It is also an easier route, heavily relying on the hero-villain trope, reducing characters to mouthpieces. But, as Hamid shows, good art is much more: It is entertaining, artistic, complex – always willing to challenge our beliefs – unfolding as a curious voyage rather than a predetermined destination.

As Hamid and Abhay talk over the phone, they find common grounds. Hamid finds in Abhay a literal Allah, who will return his dad and provide him solace. Abhay, likewise, sees in Hamid possible redemption: a chance to correct a recent horrifying mistake. Amid all this, life goes on: Hamid attending school, joining his father’s shop to earn quick money; Abhay struggling to get work leave; Ishrat returning dejected from the police station.

The performances in Hamid are striking. Reshi, in particular, is an assured presence: a boyish face accommodating a gamut of expressions – cluelessness, mischief, hope – conveying reams even in a silent scene. Duggal turns in a piercing performance, marked by a haunting sense of loss – a grieving wife turning into a paranoid mother. Kumar nails the Bihari accent, and his gradual transformation from a vengeful officer to an avuncular acquaintance is both credible and uplifting.

Hamid isn’t overtly political, but its observations about the aftermath of violence are profound. In an early scene at the police station, Ishrat’s folder (about her husband’s disappearance) is swapped with another woman’s. Does it even matter, you ask yourself, for the folders don’t just look identical but also contain similar information; they will also suffer the same fate: repeated rejection or cold indifference. Death (or ‘disappearance’), by its sheer ubiquity, has rendered life meaningless. In a later scene, two families are fighting over a dead body in a cemetery. The sheer force of loss, rippling and relentless, has made death more meaningful than life.

The seduction of violence, its insidious grasp, is a near-constant presence, too. It causes a CRPF jawan to lose his mind, numbing him to life and death. It promises freedom, nudging young kids to join jihadi camps. Hamid, too, is persuaded by his uncle, who makes him watch a video, of a terrorist training camp, with other kids. “This is false. Allah doesn’t talk this,” Hamid tells another boy, when he hears an invocation in the clip. “I know because I’ve spoken to him.”

This scene, in short, tells you all about Hamid: a film that never skirts around uncomfortable truths, shows the trauma and blood-thirst of both the sides, and yet emerges from this trial humane, humorous and reflective. This drama is by no means ‘apolitical’, neither does it sacrifice nuance to be cute or heartwarming. It simply shows us what is at stake: a young boy rowing his father’s boat, drifting away from a childhood that had every right to exist.