Movie on Graham Staines Fails to Be the Reminder India Needs

'The Least of These' focuses on the Australian missionary's life, but fails to give enough attention to his death. 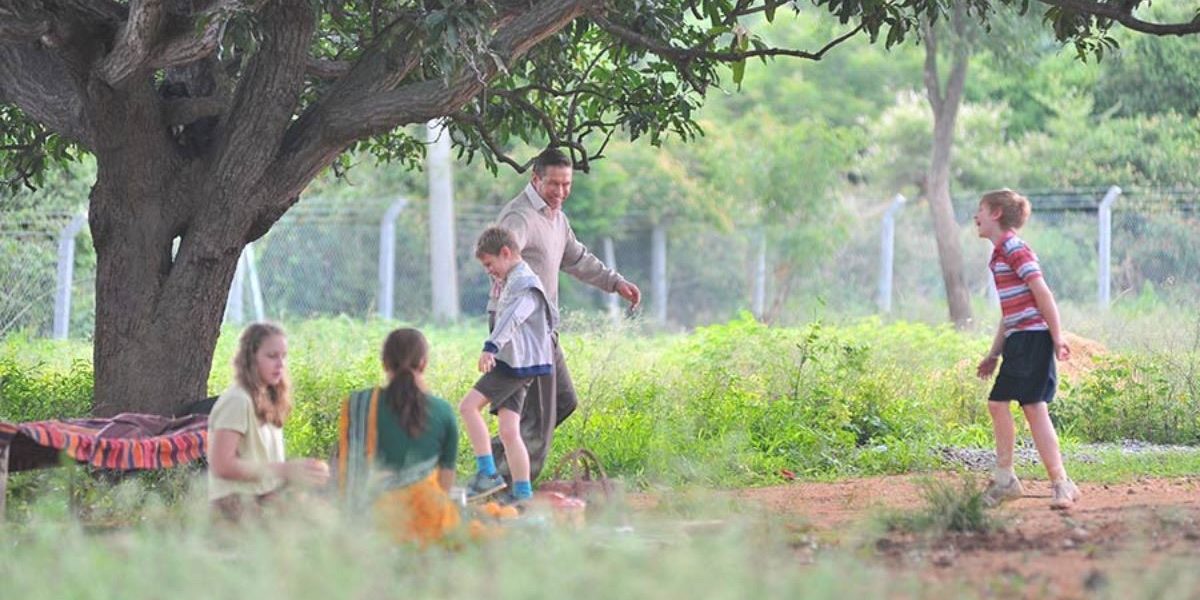 A still from 'The Least of These'.

It has been more than two decades since Graham Staines, an Australian Christian missionary, and his two pre-teen sons were burnt to death by Dara Singh, a Bajrang Dal member, in Odisha. A movie on the final days of Staines’ life, The Least of These, revisits that horrific crime.

Directed by Aneesh Daniel, the film opens to a journalist, Manav Banerjee (Sharman Joshi), travelling to the town of Baripada in hope of finding a full-time job at a local newspaper. The editor, Kedar (Prakash Belawadi), wants a fresh story. If Manav can write an investigative piece, proving Staines’ (Stephen Baldwin) involvement in forced conversions, he’ll be hired.

The dialogue in The Least of These are almost entirely in English. This was a commercial decision – the film was funded and distributed by an US production house – but the effect is jarring, especially when villagers speak. The problem could have been fixed by subtitles, with characters talking in local languages, lending the film an aural authenticity that it currently lacks.

If you cross this linguistic barrier, though, The Least of These merits some attention. Films examining the violent clash of Christian missionaries and Hinduva activists on religious conversions are few. In recent times, when numerous real-life stories have been adapted on screen, no film has surfaced on the Staines’ murder.

Daniel peels this drama like an onion. On the exterior are obvious questions, tied to the true nature of Staines’ work (does it involve inducement, coercion or fraud?). The question piques the interest of Manav who is, like us, an outsider. Daniel sustains our curiosity, denying us easy answers. If you haven’t followed the real-life story, you’re as much of a sleuth here as the protagonist, intently following Staines, understanding his present to decode his past.

Then another layer comes off, revealing new information: that Staines did convert some villagers (though, he claims, never against their will); that someone else in the village recently converted a girl, skirting the law.

The social context of rural Odisha adds a new dimension, showing a prejudiced society ostracising its own people suffering from leprosy. Staines accepts them, treats them and, in some cases, employs them. Over 34 years, Staines made a foreign land his home – a fact that riles Mahendra (Manoj Mishra), a young local (presumably) fed on a diet of “Akhand Bharat”.

But Daniel interprets the film’s tagline, “The Graham Staines Story”, in narrow, literal terms, restricting the movie’s mobility, devoting excessive screen-time to the missionary and his family, while remaining oblivious to his murderer. Mahendra, as a result, is an enigma – his religious fanaticism or politics is hardly referenced, let alone probed.

This hesitant approach dilutes the hateful worldview resulting in Staines’ murder, making the film ideologically unmoored. Here, Mahendra is merely angry at Staines for what he believes are forced conversions. In fact, he tips over the line on Manav’s suggestion, a bizarre dramatic license that distorts the original motivation of the crime. The “Graham Staines Story”, after all, is as much about his life as his death: the former gets much-needed compassion, the latter inexplicable ignorance.

The Least of These doesn’t delve into Staines’ life, either. Barring perfunctory questions asked by Manav – “Why do you do this?” and “What made you come to India?” – there’s little attempt to examine his psyche. Manav, hiding in Staines’ house, eavesdrops on conversations, takes stealthy photos, behaving more like a spy than a journalist.

The unusual pairing of Joshi (an actor who reliably plays earnest characters) and Belawadi (a dynamite performer capable of monumental surprises) could have elevated this drama, but the latter is unconvincing. He’s a caricature by the end, a fault of both unimpressive screenwriting and acting.

Baldwin’s performance – measured, realistic and mysterious – is the only high-point, but not enough to save this film.

This is a dire missed opportunity, given the film’s subject and setting. The Staines were murdered in January 1999, when a BJP-led coalition was at the Centre. Two decades later, under a new BJP government, atrocities against the minorities have surged. Bollywood, meanwhile, has become subservient to the ruling party and its jingoistic agenda.

The Least of These had a rare chance of a counter-narrative, spotlighting murders that shake the foundation of a secular democracy. Instead, it will be soon forgotten. This is a pity, because today, more than ever, this country needs to remember.