The Maithili-language drama is about people trying to hold on to their roots, and failing. 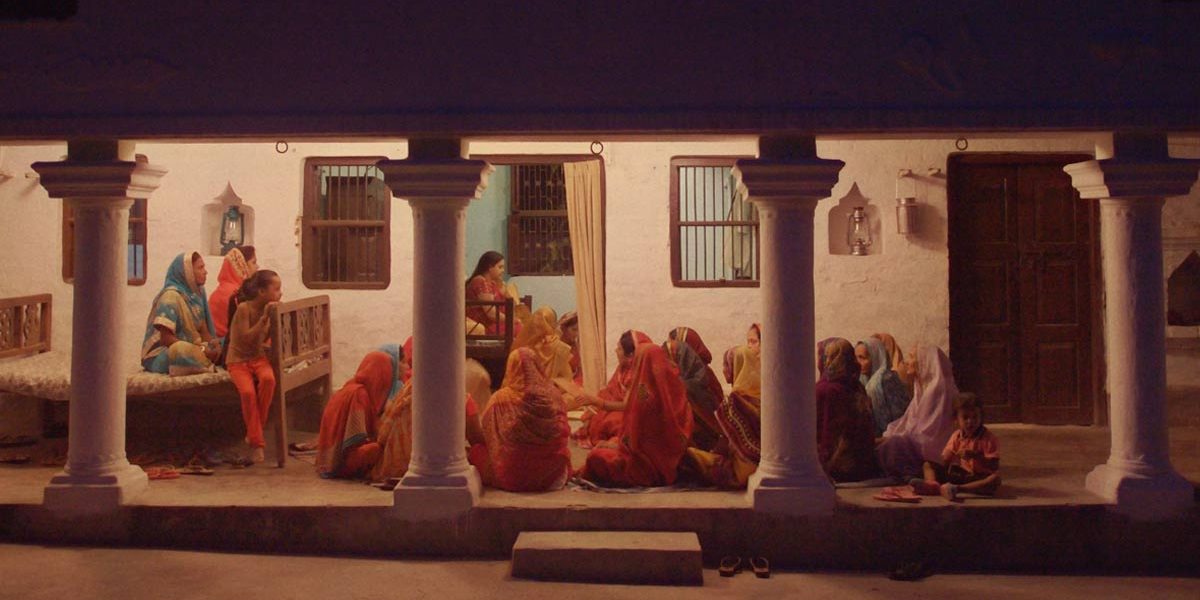 A still from 'Gamak Ghar'.

If you ever spent some time in a Bihar village as a kid, you’d remember a common encounter. An old relative, someone you vaguely remember, approaching you and asking, “Baua, pehchaante ho humko (Boy, do you recognise me)?” The chances are high that you don’t remember this dude at all — and this is an ominous question. He could be someone claiming his place in the family tree through an intricate web of grandparents, uncles and aunts. You hem and haw for an answer. The man knows he’s got you; he’ll not let you leave till you’ve embarrassed yourself. Perhaps it’s a roundabout way of asking the question that no one wants to ask: Are you a tourist in your own village?

As I grew up, these moments became memories, and, in time, those memories began to fade. But Achal Mishra’s debut, Gamak Ghar, now streaming on Mubi, broke open that cellar. And of course, an early scene made perfect sense. A man asks a boy, “Pehchante ho humko?” Sometimes meaningful art doesn’t have to be highfalutin. Sometimes it can be as simple as a whisper: “I remember how it used to be; I remember how it felt.”

Spanning two decades, the Maithili-language drama is about people trying to hold on to their roots, and failing. Divided into three sections, chronologically unfolding in 1998, 2010 and 2018, Gamak Ghar opens to a family reunion in an ancestral village in Bihar. The reason is joyous, the birth of a newborn. To celebrate the occasion, barring the old deceased patriarch, the entire family is present: the siblings, their spouses and children, their mother – the last, original link to the village. Meeting after long, the family members spend their time chatting, playing cards, bantering. In one corner, there’s a pooja, in the other, children are frolicking. The house bustles with life – a beehive of bonhomie.

Also read: Pataal Lok: A Descent Into Hell With Stories and Back Stories

Like the protagonists of the movie, settled in places such as Darbhanga, Patna, and Delhi, I, too, don’t often visit my village. But reliving those sights on screen – once confined to my phone and mind – felt both pleasant and discomfiting. How do you react, for instance, to the production design, when the house in the movie looks like your own home? Stories, characters and settings become peripheral then.

While watching Gamak Ghar, I looked for my towel among the clothes hung on a clothesline; in the gamboling of running children, I tried to find my own steps; in scenes set on a terrace, I wanted the frame to be bigger, craving to locate my favourite corner. But soon, the illusion shattered, and I got back to the movie. This happened time and again. Stranded between the reel and real, the filmed and remembered, I watched Gamak Ghar like an island of memories.

The movie is able to elicit such feelings because, aching with yearning, it itself is an ode to remembrance. Many scenes materialise via long shots – not just those set outdoors, but the ones inside the house, too. The camera is often at a considerable distance from the characters, observing like a hesitant bystander. Several scenes are filmed from right outside the door, as if the filmmaker is standing near a bubble of memory: a step more, and it’d burst. An outsider watching this family from within, a voyeur in his own home.

The editing, too, mimics the slow, languorous rhythm of pastoral life. Mishra, the editor, allows his frames to breathe, for us to soak in the sights and sounds, before affecting a cut. Reliving fragments of memories, Gamak Ghar is less interested in telling a dense story, filled with character motivations and subplots, and more in conveying a feeling – of place, of people, of conversations.

As the movie cuts to 2010, the house loses its shine and vitality. The celebrations are muted, the conversations mechanical. Now different worries – a new life in the city, professional aspirations, trappings of modernity – sit among the family members. But Gamak Ghar doesn’t rely on characters as much as the house itself – and the objects in it – to tell a story.

In 2010, we get a poignant scene of two family members having lunch. There’s no drama on the surface, but the staging tells its own story. They’re not sitting on the floor side by side, but on chairs a few feet apart, barely facing each other, using two other chairs as respective dining tables: city slickers trying hard to recreate their adoptive homes. Like outsized feet straining a cradle, the home has become too small for the world. In another scene, we see an expensive car parked outside the house – a snapshot of upward mobility, and the price one must pay for it, telling the story of an entire country post liberalisation. Elsewhere, children ask for Maggi; their mother has carried a few packets, knowing well that the original snack – “chooda bhooja” – will fall short.

But if Gamak Ghar is elevated by its impressionistic designs, then it is also let down by them. After a point, the absence of characters’ thoughts – and their feelings about their loss, their social status and each other – starts depriving this drama of an essential wholeness. Because even in a post-truth world, an emotion just by itself – say, melancholy or longing – isn’t enough. Besides exploring them, it’s also important to locate them: not just where they originate from, but how they’re related to the people and their environment.

Also read: Review: ‘Never Have I Ever’ Blends Two Familiar Genres but Is Insipid

No feelings are unto themselves – completely free and apolitical – and their links to our world render them complete. Later in the film though, we do get a few scenes that try to open up this family: one about the gender dynamics between a couple, where the husband controls his wife’s freedom; in another, we get a hint of fissure between the two brothers, one successful, the other struggling. Such scenes, however, are largely flashes, too few to register a lasting impact.

By largely ignoring the minuteness of human psyche in lieu of a macro pathos makes Gamak Ghar less specific. Around the two-third mark, you get its overall story, style and motifs. You then want the film to challenge itself further: to find newer plots, depths and complications. It doesn’t – and after a point, its yearning exists in a vacuum: repeating and emphasising the obvious.

But even then, the movie is a significant debut and an impressive achievement. Its absolute sincerity towards the world it intends to create – and an unwavering attention to detail – is rare. More importantly, it reinforces an essential truth – a truth we all know but forget to remember: that every life is a three-act structure, every home a palace of theatres.