While the student has alleged his documentary is not being screened because it is about the Kabir Kala Manch and because he led the 2015 students' strike, the administration has said prior permission for the screening wasn't taken. 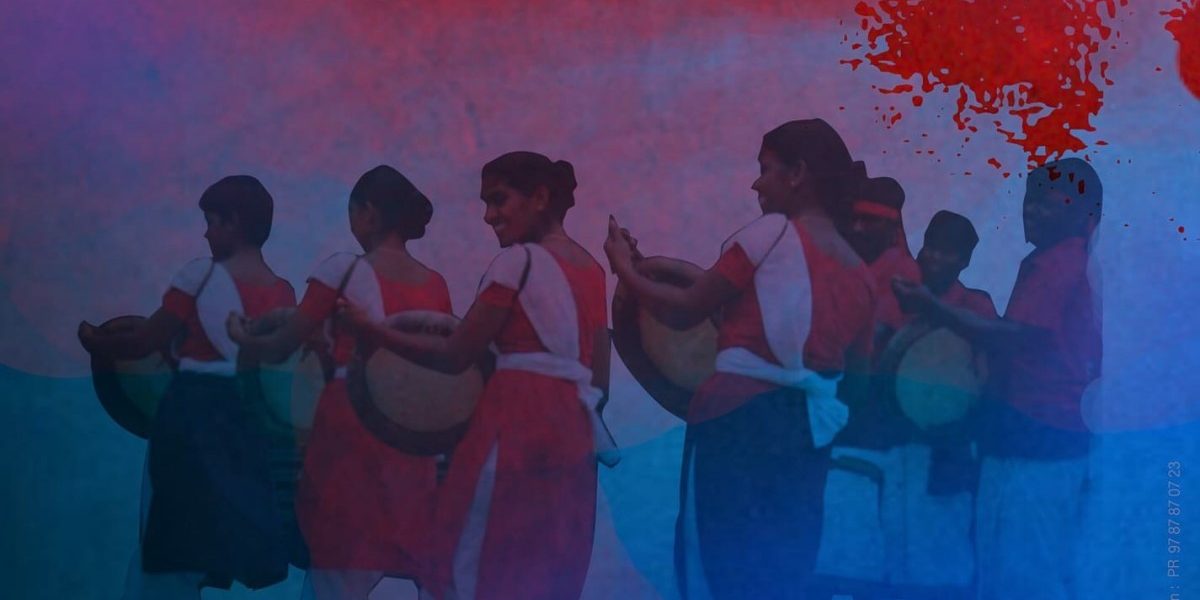 From the poster for 'Hora'.

Pune: A scheduled public screening of a documentary by a former student of the Film and Television Institute of India (FTII), who was one the leaders of the 139-day strike in 2015, was cancelled by the varsity’s administration on Thursday, just a few hours before the screening was to take place.

Harishankar Nachimuthu, who was president of the FTII students’ union during the 2015 protest, has alleged that the administration received threats from the Akhil Bhartiya Vidyarthi Parishad (ABVP), and cancelled the screening under pressure. However, the university has said that he scheduled the screening without prior information.

The 2015 students’ strike was a protest against the appointment of Gajendra Chauhan as chairman of FTII.

Nachimuthu, who studied direction, made the documentary Hora as a part of his coursework. The 23-minute film is about the Kabir Kala Manch, and was scheduled to be screened at the main theatre in FTII at 6 pm on September 6. Invitations had been sent out to a number of guests.

However, a few hours before the screening, students claim that they found out there was pressure on the administration from the ABVP to cancel the show. 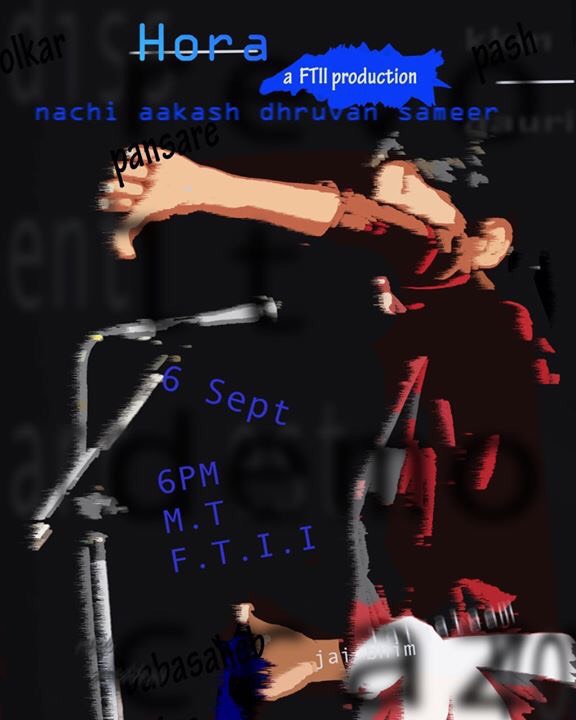 A poster for the screening.

Once the administration said they were cancelling the screening, the current students’ association issued a statement condemning the move. “[The] above mentioned organisation [ABVP] has a history of being detrimental to freedom of expression. We, the students’ community, question the concerned [organisation] if an art school can function independently when such organisations can dictate [the] content of our films being made inside the campus. The administration, instead of working to arrange a smooth screening, succumbed to [the] pressure of threats. We condemn this act by [the] ABVP, and also [the] institute for cancelling the show.”

ABVP’s opposition to the documentary is apparently because it is based on the Kabir Kala Manch (KKM), a cultural group. The Pune police has named certain members of the group in the FIR in the Bhima Koregaon violence case. Ten rights activists (five in June and five on August 28) have also been arrested in the case, which opposition leaders and civil society groups say is the government’s attempt to stifle dissent.

Hora (Fortune Teller) tells the story of Rupali Jadhav, a member of the KKM, and how she was oppressed due to caste, class and gender. The film also covers public performances by the KKM in Dalit slums and villages held around Ambedkar Jayanti this year. The film uses the poetic form ‘hora’, developed by activist and poet Vilas Ghogre, of telling the political future. Ghogre committed suicide to protest the 1997 Ramabai killing of ten Dalits by the state police. A few of the songs featured in the film are based on Dr B.R. Ambedkar’s principles.

Nachimuthu, who made the documentary this year, alleged that the administration cannot handle campus security. He said, “The KKM has not been proven guilty of Maoism and for me, I can make documentary on them. I have shot their public performances held with police permission. Earlier also, one television student at FTII had made a documentary on the KKM and that was screened.” He continued, “I have followed the process that has to be followed to make a documentary here. FTII faculty approved the script, later FTII the approved budget and the faculty scrutinised and mentored the process of making it. The faculty has approved the final documentary. This was the first public screening and nobody knows the content. First everyone should watch the documentary, and then criticise it if they want. You cannot label it as Maoist before watching it.”

Bhupendra Kainthola, FTII director, did not allow mediapersons on campus yesterday and also refused to meet with them. He only issued a statement saying, “We cancelled the show because Nachimuthu did not give prior information to book the theatre. Besides, first screening of students’ film is generally for internal assessment and not for public. Public screenings of student projects are not allowed without permission since prerequisites like CBFC certificate, logistics, and availability of infrastructure have to be met if public is coming. This film does not have CBFC certificate. Nachimuthu without informing authority informed public about screening. In this case FTII did not schedule the screening. As far as the allegation of threats by ABVP are concerned, they are preposterous.”

An FTII student, however, told The Wire on the condition of anonymity, “Public screening of documentaries by students is not an issue. Even if we consider the administration’s point valid, they could hold an internal screening.” The internal screening has also been cancelled.

“FTII is not giving the main theatre for screening students’ documentaries. But they are holding Jaggi Vasudev’s programme in the coming weeks at the main theatre. The administration wants to divert attention from that programme and hence stalled my screening,” he alleged.

The administration is already embroiled in a controversy as 50 students of the 2017 batch have been boycotting the classes since August 21, demanding prior information on the syllabus and basic infrastructure. Despite several meetings between students and the administration, students claim that amenities that would be considered very basic at any art school, are not available at FTII.