The proposed amendment to the Cinematograph Act could set the industry back by three decades, to the time when 'recalling' a film was still an option for the government.

New Delhi: In January this year, Ali Abbas Zafar, the creator-director of the Amazon Prime web series Tandav issued an unconditional apology after multiple FIRs were filed against its makers for hurting religious sentiments. The Ministry of Information and Broadcasting (MIB) informed Zafar that it had received a “large number of grievances and petitions” related to “various facets of the web series with serious concerns and apprehensions”. So, he deleted the ‘objectionabl’e scenes and thanked the MIB for its  “guidance” and “support”.

Now the Central government wants to amend the Cinematograph Act, 1952 to ensure that such apologies – and expressions of gratitude – are no longer necessary. Because the proposed change, as introduced by the Cinematograph (Amendment) Bill, 2021 —will reinstate a crucial part of Section 6 of the original Act, thus allowing the Centre to order recertification of already certified films following the receipt of complaints. And there has been no dearth of them in the recent past.

Section 6 states, in essence, that the Central government has “the power to reverse the decision of the [Censor] Board”. But in 1990, Kannada filmmaker K.M. Shankarappa challenged it in court and won the case. Next year, the Supreme Court upheld the high court’s decision, effectively squashing the troubling provision in the 1952 Act. The Modi government’s decision will set the industry back by three decades. 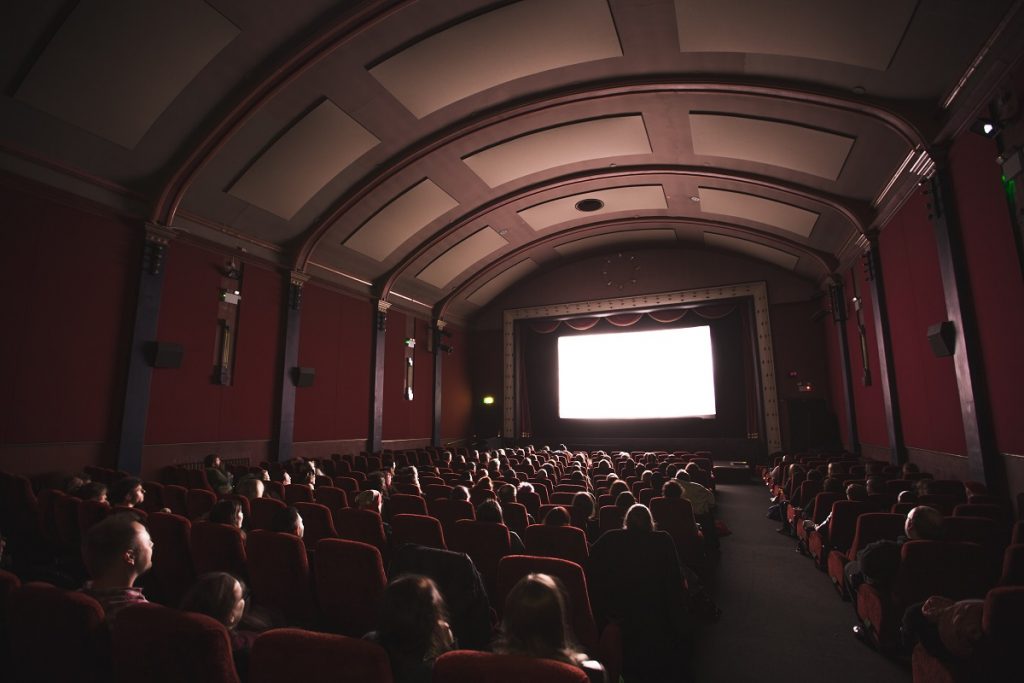 The past few months have been especially troubling for Indian filmmakers. The Zafar example is one of many involving complaints, on films and serials, even though online fictional dramas were still exempted from the ‘Censor Board’ orders.

The government also announced that it would bring OTT platforms under the MIB and abolished the Film Certification Appellate Tribunal (FCAT).

And now this proposal to review already censored films, which will effectively keep a sword hanging on anybody who made a film that the current establishment sees as ‘controversial.’

“I’m not surprised one bit,” says Hansal Mehta. “We’ve brought this upon ourselves.” Mehta has personally experienced the wrath of such complaints. After the release of his 2000 drama Dil Pe Mat Le Yaar!!, Raj Thackeray’s men vandalised his office, thrashed him, and blackened his face. He was summoned to a village, Khar Danda, and made to apologise in front of numerous people, including several MPs, MLAs, and local leaders. If he didn’t, then the protesters threatened to burn the house of his friend and actor, Kishore Kadam. Mehta relented, touching the feet of a woman in the village to make amends. That incident left a huge impact on his psyche.

“I disappeared for 12 years,” he says, referring to the lean patch in his career, where he stayed away from anything political and made safe, forgettable movies instead. He did not get any support from the industry at the time, once again demonstrating the lack of unity in the business.

He is even more troubled by this provision because Bollywood has had a poor record of challenging the CBFC or vested political interests. “It makes you feel very, very powerless,” adds Mehta. “No one stands with you, not even the producers. It’s a lonely battle.”

Anand Patwardhan considers the proposed amendment a “dangerous” and “retrograde” move, especially because of the nature of the government in power. “With the RSS and offshoots all over the country, they’re bound to complain,” he says, “as they have a direct relationship with the current Hindutva regime.”

His own 1992 documentary, Raam Ke Naam, had angered Hindutva right-wingers and it took an enormous struggle for him to secure a certificate for its public screening.

What bothers Patwardhan is that a censor certificate will now no longer empower filmmakers. “Around two years ago, when Ram Ke Naam was shown in five different colleges across the country, extremist groups like ABVP tried to stop the screenings,” he says. “But because the film had a censor certificate, they couldn’t do anything, and it was the job of the police to stop the gundas.”

Sudhir Mishra sounds perplexed. “I don’t understand what recall means,” he says. “Who will recall [the certified films]? And if there’s already another body [like the CBFC], then why this body?”

The new provision can also feed into the historical paranoia around films in the country. “I don’t think films threaten the social fabric,” he says. “Everybody can be a censor in the age of social media. We’re living in a world of outrage – everybody is upset – that way no films can be made.”

The Cinematograph (Amendment) Bill, 2021 will then further embolden religious groups, political leaders, caste-based organisations, among others, to continue getting offended for the flimsiest of reasons and, as evidenced in the case of Tandav, hamper freedom of expression, making filmmakers even more vulnerable – especially because such discontent has had a long history in Indian cinema.

“Like they tried to do with Padmaavat,” says Patwardhan, “ironically not realising at the time that the film reflected their own values. This is not just a Hindutva government, it is also a crony capitalist, sanskari government. So, anti-minority and anti-poor values will be married to Brahminical morality.” Karni Sena activists burn posters during a demonstration against the release of the film Padmaavat.

Mehta has similar concerns. When the government said it was abolishing FCAT – the appellate body for reviewing CBFC decisions – to increase ‘efficiency’, that move made perfect, perverse sense to him. “That is the authoritarian way,” he explains. “You won’t have freedom, but the trains will run on time.”

Patwardhan, intimately familiar with censorship troubles for decades, says, “Suppressing dissent via censorship is at an all-time peak in the country, even the Emergency pales in comparison.”

With the explosion of OTT platforms in the recent past, and the audiences’ taking umbrage at anything that offends them, censorship controversies have now become regular occurrences. Over the past 14 months, at least eight films and Web series have been vociferously attacked.

Mehta understands why. “The people in government want to control soft power,” he says, “and so, the filmmakers are the easiest targets, and they’ve always been. Whether it was Indira Gandhi or [Narendra] Modi, or Hitler or Mussolini.” Even the new three-tier ‘grievance redressal’ process for OTT platforms, he adds, ends with the government. “Cinema has been an easy whipping boy for everyone,” Mishra says. “[Movies are] the least problematic thing, as it’s a voluntary act. If you don’t want to see it, don’t see it.” The Cinematograph (Amendment) Bill, 2021 also contains a coded message about institutions in the country. “We’re all subject to the laws of the land,” says Mishra. “So, why is there a need for anything else? Which means you don’t trust the Supreme Court.”

As the OTT guidelines soon become law, Indian filmmakers will risk losing another crucial platform — something they relied on to tackle thorny themes, such as religious fundamentalism, casteism, institutional apathy, which were typically not a part of mainstream cinema. “As it is, they’ve terrorised all the international players in India – both OTT platforms and social media websites,” says Patwardhan. “For instance, something like Netflix won’t touch my films. They’re scared that they’ll be thrown out of the country.”

The Cinematograph (Amendment) Bill, 2021, seems both needless and intimidating, as Section 5B (1) of the Cinematograph Act, 1952, already contains draconian provisions to virtually ‘ban’ any film.:

“A film shall not be certified for public exhibition if, in the opinion of the authority competent to grant the certificate, the film or any part of it is against the interests of [the sovereignty and integrity of India] the security of the State, friendly relations with foreign States, public order, decency or morality, or involves defamation or contempt of court or is likely to incite the commission of any offence.”

These ground are so subjective that they can result in banning any film ever made in any part of the country. The CBFC process was not perfect but allowing the political executive to directly countermand its decisions means the bar for what is permissible is likely to be set quite low.

Patwardhan believes the “checks and balances” in Article 19 of the Constitution are broadly intended to deal with speech or expression advocates an armed uprising to overthrow the state. Anything less than that, he says, should not be a reason to stifle the filmmakers’ right to freedom of expression.

Mishra asks a more fundamental question: “What is the I&B Ministry? It is the Stalinist model – there is a government agency that needs to control films.” He’d rather prefer a certification process as opposed to censorship, a view echoed by many in the industry, though few publicly voice it, complemented by a cinema-literate committee that probes exceptional cases, such as films “inciting hatred or disrupting the social fabric”.

“In an ideal scenario, especially with respect to documentaries, there should be no censorship because what we see on news is not censored,” says Patwardhan. “Documentaries are not that different – except that the filmmakers put more thought into them and collect evidence over a long period.” 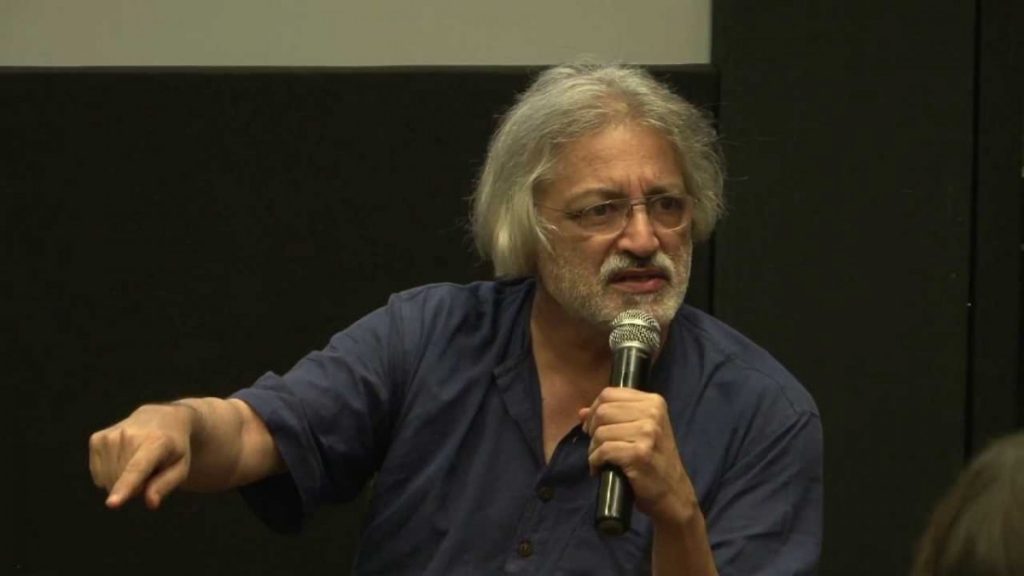 The narrative of film censorship in the country, over the last seven years, can be divided into three escalating phases, each more blatant and stifling than the previous.

The first was led by the CBFC chief Pahlaj Nihalani, where the Censor Board made frequent ludicrous objections against many Indian and international films; the second phase revolved around film festivals, where several ‘subversive’ movies – such as Sexy Durga, The Unbearable Being of Lightness, March March March, and In the Shade of Fallen Chinar – were denied censor exemption certificates prohibiting their screenings; and the third phase is the current one – arguably the most dangerous – which includes FCAT abolition, new restrictive laws for OTT releases, and the proposed provision of the Centre directing the CBFC chairman to reexamine an already certified film.

Even though the MIB has always dictated the contours of filmic freedom of expression in the country, Patwardhan feels a few major differences set this regime apart. “Under various previous governments, I successfully fought censorship rulings seven times in the high court and Supreme Court. Courts were often a check on the executive,” he says. “Things were bad, but you could fight for your freedom of expression. Today you can’t.”