My Film 'Newton' Is Not Cynical at All: Amit Masurkar

'In Naxal-controlled villages, if people vote, they are seen as government agents, if they don't, they are called Maoist sympathisers.'

Note: This interview was originally published on September 25, 2017, and is being republished in light of ‘Newton’ winning the Best Hindi Film award at the 65th National Film Award.

On September 22, 2017, Amit V. Masurkar’s Newton – a satire centered on a young government clerk sent to conduct elections in Chhattisgarh’s Naxal-controlled villages – released in around 350 screens in Indian theatres. Earlier in the day, he received a call from a journalist, asking to confirm whether Newton had been selected as India’s official entry for the Best Foreign Language Film at the 90th Academy Awards. Masurkar didn’t have an answer – he hadn’t heard of the news.

It remains to be seen whether Newton qualifies for the ultimate journey – from Mumbai to Los Angeles –but the film has travelled across the world over the last few months, premiering at the 67th Berlin International Film Festival, in the Forum section, where it won the International Confederation of Art Cinemas award, and subsequently screening at the Tribeca Film Festival and the Hong Kong International Film Festival (where it won the jury prize). On the heels of its theatrical release, and its selection as India’s Oscar entry, came a mini-controversy – speculations of similarity between Newton and a 2001 Iranian film, Secret Ballot. Masurkar won’t comment on it, except to say it is “baseless”.

The Wire spoke to Masurkar about Newton – its making, ideology, and politics – and Newton – the curly-haired misfit who can’t take no for an answer, who questions our cynicism, apathy and despair with unflinching idealism and wondrous resolve. Below are excerpts from the chat. 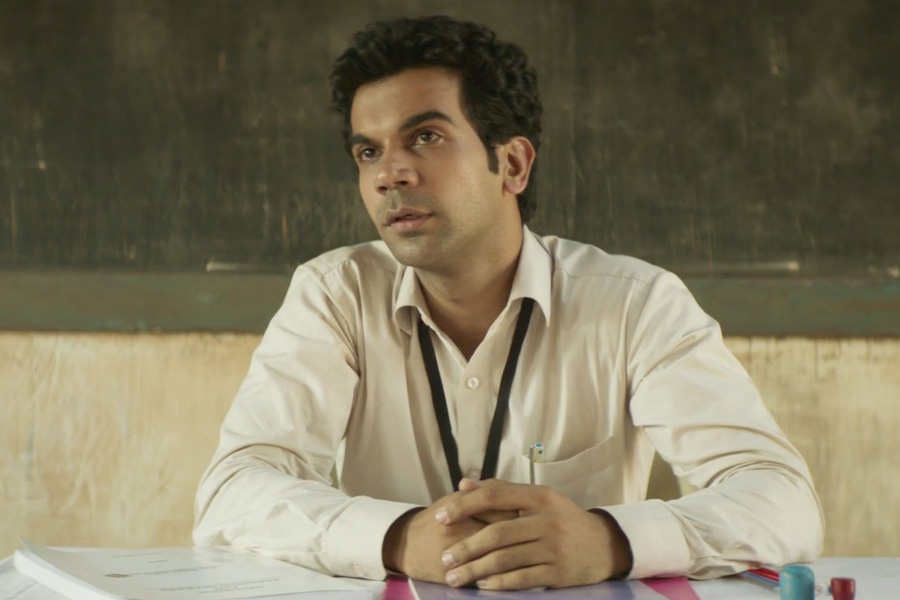 A majority of the film unfolds during the course of a day, bookended by an epilogue and prologue of sorts, depicting Newton’s life before and after the election. What did you want to achieve with those two segments?

The first part is essentially the first act, which is based on inertia. We wanted to get a glimpse of Newton’s life before he goes to conduct elections, because, for me, as a filmmaker, and for the audience, it is important to invest in the character, to see his daily life. Otherwise, one would look at him only as a government officer. There are so many things about him that are equally important, like where he comes from, what caste he belongs to – because this is India, and these things matter. If you look at the dynamics between Atma Singh [Pankaj Tripathi] and Newton [Rajkummar Rao], you’ll realise that he is upset with Newton not just because of the clash in their styles of functioning, but also because of the differences in caste and age – that this junior guy is telling me what to do.

Newton largely features three sets of people: Newton and his colleagues, the security officials and the Adivasis (with the Maoists in the background). The film shows us their viewpoints, and yet doesn’t adopt one of them. How important was that detachment for the film?

We were on the side of Malko [Anjali Patil, playing the role of an Adivasi, as a block-level officer]. We wanted her point of view to come across as the strongest, as opposed to those who are coming, and bringing ideas, from the outside. But at the same time, when we wrote the characters of Newton and Atma Singh, we tried our best to understand their points of view.

Also, this whole election becomes an event where you’re judged on whether you vote or not. It’s not important whom you vote for. If you vote, you’re a government agent. If you refuse to vote, you’re a Maoist agent. That’s how these parties look at the voter. So, in such a situation, no one is really bothered about their real problems, which includes a complete lack of respect for their basic rights, essential amenities or education. People are looked at with a very orientalist gaze, and that way of looking at our fellow citizens deeply pains me. 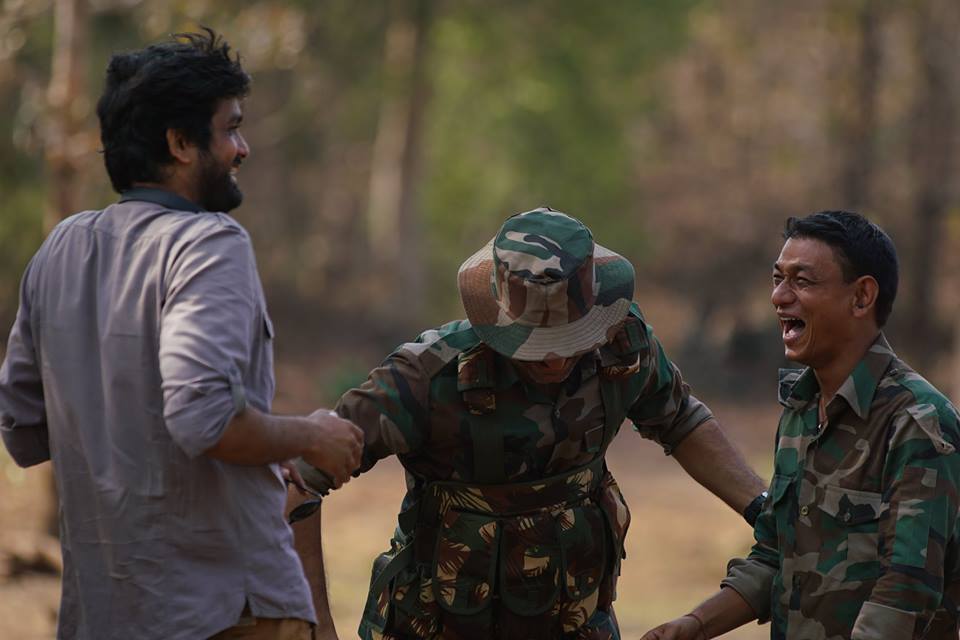 Your research process was extensive, which included reading books, meeting journalists and academics in Delhi, police officers, surrendered Maoists, and locals in Chhattisgarh. You’d have ended up with a lot of material. Did it tempt you to change the course of the story?

A lot of nuances come out of research – or rather, reading history. We read Nandini Sundar’s book Subalterns and Sovereigns, which gave me an understanding of [the area’s] history, and I started looking at it in a very different way. Reading history gives you a perspective about how we’ve come to this. Then there were other reports that I read. I got a lot of insights from Javed Iqbal, who writes for The Wire. We also used his photographs, which were used by my art director as references to create the village shown in the film.

Then there were other books. Hello Bastar was the first book I read, and I had read it even before I had thought of the idea. There were lots of meetings with different people. For example, there’s a scene in the film [where an officer talks] about “katte ke saath surrender kar do – .303 ke saath karoge toh 5 lakh, AK-47 ke saath karoge toh 15 lakh [if you surrender with a .303 you’ll get Rs 5 lakh, and Rs 15 lakh for AK-47].” That scene also has the line, “Police bhi jaanti hai isiliye toh paisa de rahi hai [the police knows, which is why it’s ready to pay]”, which came from Mangal Kunjam, a local journalist. He was on the set as our consultant for the Gondi language, and I’d continuously consult with him about how it’s shaping up.

It was important for me to be focused on the story I wanted to tell, which was of one polling booth, with 76 voters, and the politics happening there. In fact, the entire problem can be seen from the booth, as an audience, because it’s from the point of view of an outsider, Newton. I was very clear that my gaze was from Newton’s perspective, because there was no other way of looking at this story. And that was so because I’m a boy from the city, I cannot pretend to alter my gaze; I had to be very conscious of that.

Besides, I had already written a film [centered on elections] in 2008. It was the story of a politician’s son who’s standing for elections after his father has passed away. It already had the drama of the election campaign and the voters, and that script never got made. So when I wanted to write another political film, I was clear that this should not go into that zone, that this should be limited to one space on the day of the election, on the day when all of us are made to feel that our opinion counts.

The line “Imaandaari halka karti hai (honesty makes you content)”, told to Newton by Sanjay Mishra’s character, functions as the film’s thesis statement. Newton largely unfolds from Newton’s perspective, and yet it encourages us, at different points, to look at this story differently: from the points of view of Malko, his colleagues, the security officials. How important were these asides for you – that we see this story through not just the eyes of its protagonist?

There are many points of view clashing with each other. And the line you mentioned, it’s by Mayank Tewari [Newton’s co-writer], because he believes in that philosophy. We wanted the audiences to look at it as not just something they were earlier seeing in news channels, or newspapers, but also as a film story, and invest in it emotionally. Which is why it’s important for us to learn along with Newton, because he’s a protagonist, he’s not a hero. He has his own flaws, and he fashions himself as the torchbearer of democracy, and in the process, he’s basically a government agent. He’s basically going there to do something that has been set out for him to do.

A still from Newton

There’s a moment in the film where the perspective shifts, and we see the election from the points of view of the Adivasis – and we get a snapshot of how farcical democracy can seem in a country like India. We get the feeling that Newton wants to ‘save’ them, but perhaps a more important question is, do they even want to be saved?

Exactly! One cannot stereotype or generalise the views of the Adivasis, because there are also individual differences. Even in the film, you’ll see that the politician in the first frame [who gets shot] is an Adivasi, so is Malko, so are the voters. There’s an emerging middle-class too – younger people in the same villages who have had access to education. Some aspire to be part of the mainstream, while others prefer their older ways of life and want to be left alone. Their lands are being seized by mining companies against their wishes. Their basic human rights are ignored, and they’re raising their voices against it. We have to remember that the current form of governance and laws have been imposed on them. There is no honest effort to protect indigenous culture and language. That’s why it’s important that the diverse local voices are heard, and not labeled as pro-Maoist or pro-government. Newton may be the protagonist of the film, but he’s not necessarily politically correct. He’s just an honest, duty-bound clerk with good intentions.

Were you at all worried that Newton may come across as naïve, too good to be true?

I don’t think he’s too good to be true. He’s got some flaws. Even after Sanjay Mishra’s character tells him [to not make a big deal of his honesty], you can see that he still has a chip on his shoulders. I never thought of him as naïve, too. He’s very aware; he comes up with smart one-liners when Atma Singh tells him that, “Main likh ke deta hun ki koi nahin aayega [I can give it to you in writing; no one will come to vote],” and he gives him the pad back. There’s a scene where he shouts back at him. So he’s not someone who has no idea of where he is, he is somebody who probably knows the villages as one would, by looking at them in the papers, someone who has never been there, but has the desire to change something.

Do you fear for Newton – or you have hope for him?

The film is not cynical at all. Because in real life, we all become cynical, and we always remind ourselves that one has to be positive, otherwise how do you go through life? We naturally feel dejected and cynical, but we need to have hope, and cinema has to give that hope.