'Drishyam 2' Teases, Confounds and Eludes, but Above All, Keeps the Audience Riveted

The sequel is a more sober film, and it works well mainly because of Mohanlal’s gripping performance. 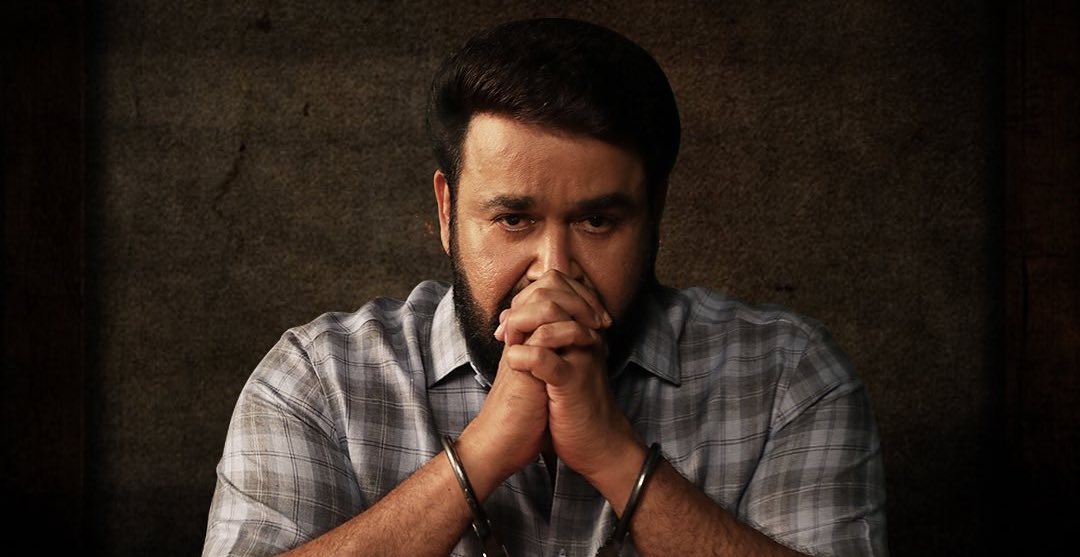 A still from 'Drishyam 2'. Photo: Instagram/mohanlal

Cinema is the beating heart and the bleeding soul of the Drishyam universe. The series’ hero, Georgekutty (Mohanlal), is a school dropout. People consider him unsophisticated and naïve — the kind of simpleton who elicits pity. George may not have gone to school, but he went to the movies. An owner of a cable TV business, George, a committed cinephile, learnt from the best filmmakers: how to tell a story, convince the audiences, deceive them, and — when the story’s seemingly over — deceive them again.

A perfect crime demands a perfect alibi. George had one too, but he also had something else: an alternate end. He knows that stories can betray — that sometimes they’re not even loyal to the storyteller(s) — so he relied on two versions: one was an act of self-preservation, the other a knockout punch. Drishyam makes you believe that it is about a man trying to save his family, but scratch the surface, and you’ll find a different nugget: It’s about a cinephile’s relationship with a story.

The 2013 prequel, written and directed by Jeethu Joseph, is the kind of thriller where the real story — the act of concealing the prime evidence and crime — is hidden in the final scene. Such films usually don’t result in a sequel. But this is an atypical world, and so we get an atypical follow-up. Joseph’s Drishyam 2, premiering on Amazon Prime Video, unfolds as a tribute to the very notion of a plot twist. If we got one more story after the clincher in the first movie, then here too, one twist unleashes another.

Drishyam 2 opens in the same Kerala town six years later. George has moved up in life. He owns a cinema hall, drives an SUV, and lives in a renovated home. He’s also inched closer to his dream: producing a film. George, as always, has a story to tell; he’s hired an acclaimed screenwriter (Saikumar) to finish the job. But the cops are still finding ways to arrest him. They still haven’t found the dead body; they still can’t believe that an unlettered man like him cut the ground from under their feet.

Also read: ‘Koozhangal’ Is a Masterful Film About the Mutation of Misery

But unlike Drishyam, the sequel hits the ground running right from the start. It opens to a man, Josy (Ajith Koothattukulam), darting in the forest, escaping the cops. He sees George in the police station, holding a shovel — the climactic moment in the previous film. Josy soon gets arrested for murdering his brother-in-law, but we sense that his story will intersect with George’s. Six years later, Josy becomes a free man. This curious kinetic opener is a stark contrast with the prequel, where the inciting incident appeared after the first third of the runtime. Till then, the film was unfocused and sluggish, inundated with sexist jokes, perfunctory songs, flabby scenes — asides from belonging to a much mediocre film. But the thriller came alive in the second half, mounting one plot turn after the other, till George, standing on a pyramid of twists, delivered a thundering smash to the audiences’ expectations.

The sequel sustains our intrigue, revealing a family — a story — that carries both past scars and future hopes. George is often away from home, assembling a team for his debut production. He’s confident that the police can’t unearth his secret. But his family lives in a constant spectre of uncertainty, trauma, and fear. His daughter and wife — Rani (Meena) and Anju (Ansiba Hassan), who killed a young man in self-defense — are walking wrecks. Anju, prone to panic attacks, is suffering from post-traumatic stress disorder, while Rani worries that the cops will arrest them any day, any moment. Whenever George’s not home, she requests her neighbour Saritha (Anjali Nair) to spend the night at their house. These small details root the film in its history, depicting the cost of living a lie.

This film is a considerable improvement at the level of craft, too. The camera doesn’t fly as much; the background score is relatively restrained, and the acting, especially by supporting characters (Nair and the investigating cop Thomas (Murali Gopy)), is compelling. Some scenes are surprisingly poignant. Joseph also slips in a few smart jokes (including a meta wink at Mammootty). There are snatches of details about Rani’s parents and brother, who had a sizeable presence in Drishyam, giving this sequel a credible rounded quality.

But even in this polished set-up, some sloppiness jars. Before finding the meat of the story, Drishyam 2 relies a lot on exposition. Conversations among the locals, peripheral and principal characters pause the story and fill in the blanks. Expositions aren’t bad by default — and sometimes they’re necessary — but this movie dumps them without much effort or thought, so much so that several scenes resemble inert teleprompters.

But you’re likely to forgive (and forget) this sporadic annoyance, for the third act drops early and starts tearing your mind with one plot twist, then another — and another. Joseph understands the game of thrillers: that they’re less about direction, more about misdirection. We’re invested in the purported principal story so much — the cat-and-mouse game between the cops and George, the assembling of clues and witnesses — that it doesn’t even occur to us to think about the twist-in-a-twist. (One major plot turn carries a faint scent of the Japanese novel The Devotion of Suspect X.) When the cops find the incriminating evidence and arrest George and bring him to court, it looks like an open-and-shut case. And yet, there’s a lot of runtime left. We know something is about to hit us, but we don’t know what. Joseph teases and confounds and eludes. He plays us like a violinist — and we surrender and wait.

Also read: ‘The White Tiger’: A Clunky and All Too Literal Cinematic Version of a Satirical Novel

In a film like Drishyam 2, the distinction between the ‘heroes’ and ‘villains’ isn’t as pronounced. The father of the dead boy, Prabhakar (Siddique), is sympathetic to George. The cops aren’t cold-blooded brutes; they’re just doing their job. George, too, is just trying to save his skin. He isn’t particularly virtuous — although he is remorseful — and he plays the game with impressive guile. Prabhakar’s wife, Geetha (Asha Sarath), comes the closest to being callous, but then she’s a mother who has lost a child. Yet watching a film isn’t centrist thumb-twiddling: you’ve to take a side.

When the floodgates of reveal began to open, I was charged with a sublime thrill, wanting to soak more — and I’m sure I wasn’t alone. A lot of it had to do with Mohanlal’s excellent performance: he first plays a victim, then a schemer, a prey becoming a predator. Our expectations also see-saw due to Joseph’s astute framing. He sets up this story as a tussle between the two worlds: refined and raw, educated and uneducated, police and people. The last difference is crucial. India has pretty much been a police state for quite some time — and even though this isn’t a political piece — there’s still a lot of thrill in seeing the ‘little guy’ frustrate the overbearing overlords. What’s better? George does it through the ruse of cinema. The story is complete: The cinephile has found a perfect accomplice.