The notice says the public comments made by Kashyap and Motwane were opportunistic and rose out of "professional jealousy" with the intent to defame, malign and destroy Bahl's career. 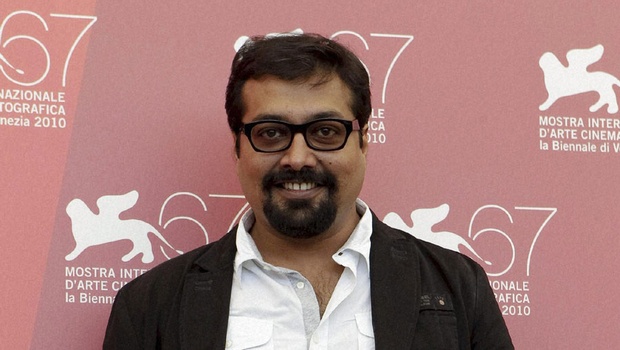 Delhi: Film director Vikas Bahl, who was accused of behaving inappropriately with a woman in 2015, has sent legal notices to his former Phantom Films production house partners Anurag Kashyap and Vikramaditya Motwane, accusing them of defaming him.

After a woman employee at Phantom Films alleged that Bahl had behaved inappropriately with her during a trip to Goa in 2015 in a recent HuffPost article. Kashyap and Motwane had put out statements announcing that their production house Phantom Films stands dissolved.

The notice, issued through advocate Shamsher Garud of Jayakar and Partners, says the public comments made by Kashyap and Motwane were opportunistic and rose out of “professional jealousy” with the intent to defame, malign and destroy Bahl’s career.

“It is by design that after having remained silent about the alleged incident and alleged victim for three years, you have now come forward and support the alleged victim (sic). It is imperative to highlight that the alleged victim herself has mentioned that your sudden moral enlightenment is nothing but a hoax and there is a personal agenda behind it,” the notice read.

In the notices, Bahl has asked for an “unconditional apology” and to withdraw “contradictory” statements made by Kashyap and Motwane on social media.

Bahl also accused the duo of using the allegations as an opportunity to dissolve Phantom Film and shift the blame to him, when they were anyway discussing the possibility of dissolving it due to creative and professional differences.

Bahl’s lawyers have also accused Kashyap of bribing another employee at Phantom Films to come up with similar allegations against Bahl.

The legal notice also mentions that Motwane is said to have initially believed there was no sexual harassment and showed his conversation with the alleged victim to Bahl.

Anurag Kashyap steps down from MAMI board

Kashyap on Wednesday said he has decided to step down as the board member of Mumbai Academy of the Moving Image (MAMI) of which he has been a member ever since its inception.

Kashyap, who has been accused of shielding Bahl, said he will come back only after clearing his name.

In the light of the current events , I have decided to step back from my duties as a board member from MAMI until the shadow of doubt of our alleged complicitness in silence and not doing anything about it , is cleared.

In another tweet, Kashyap he said he would keep fighting the “accusations” that come his way.

The accused was named and shamed a long time back. For people who don’t read the details & only the headlines, I have no response. A lot of women work with me and have been around , I am answerable to them & they stand witness to our actions &our struggle to do the right thing.

The filmmaker, however, said he has begun to question himself about interactions he has had with women.