Dilip Kumar and His Idea of India

Dilip Kumar’s proximity to Jawaharlal Nehru did not stop him from having friends across ideologies. 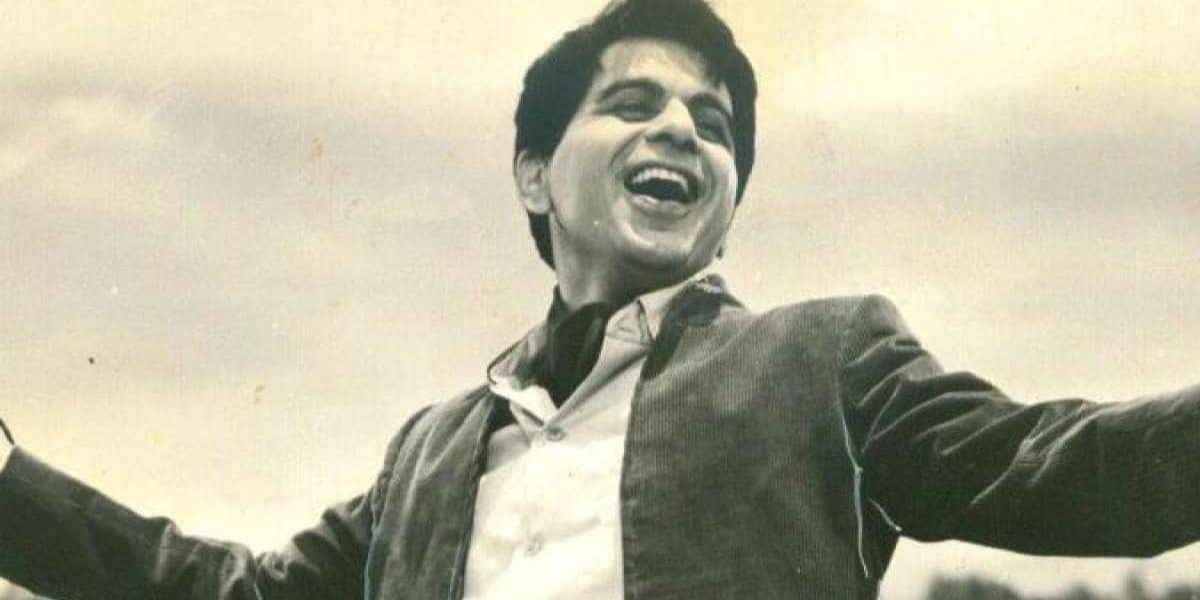 If there is anyone whose passing will be mourned as much in India as in Pakistan, it is Dilip Kumar. In the star-studded history of Bombay cinema, he stands like a colossus. Yousuf Khan alias Dilip Kumar will be immortalised through his extraordinary body of work and his path-breaking interventions as an actor, and as an exemplar of ganga-jumni tehzeeb – an Avadhi phrase used to describe the peaceful confluence and coexistence of the shared cultural heritage of Hindus and Muslims.

Born in Peshawar (now in Pakistan), Yousuf was a quiet and observant child in a family of many siblings. His father wanted him to grow up to become a well-known civil servant who would one day be awarded an OBE (Order of the British Empire). Even though Yousuf had no interest in the civil services – his passion was for sports – he wanted to have a career that would allow him take responsibility for his large family. He had started taking interest in the family business when a chance encounter took him to Bombay Talkies, which was then being managed by the charismatic Devika Rani after the death of Himanshu Rai, her husband and founder of the studio. Impressed by Yousuf’s command over Urdu and English, Devika Rani offered him a job as an actor – an option he had never considered. At the age of 22, Dilip Kumar made his debut with Jwar Bhata (1944) – and the rest is history. 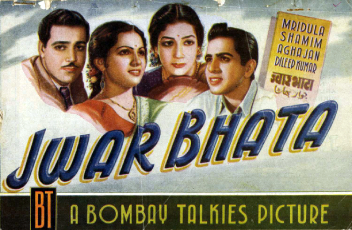 At a time when there was no internet, social media or professional teams managing publicity and PR, Dilip Kumar enjoyed a popularity and fandom across borders that is hard to imagine. In 1970, journalist and biographer of the star Bunny Ruben had the opportunity to travel with Dilip Kumar to Tanzania for an official charity event. Nothing had prepared Rueben for the mass hysteria he witnessed on arrival at Dar-es-Salaam. Rueben writes: “All avenues leading to and from [the airport] were jam-packed with fans eager for a glimpse of their favourite star and it appeared as though the entire population of Tanzania had turned up at the airport.” In Calcutta once, during the premiere of Naya Daur (1957, B.R. Chopra), when Dilip Kumar had to travel a short distance to the theatre from the Grand Hotel where he was staying, the teeming crowd of fans physically lifted the limousine and carried it all the way to its destination!

Also read: With Dilip Kumar’s Passing, Hindi Cinema Loses One of Its Last Links With the Golden Era

The triumvirate of Dilip Kumar, Raj Kapoor and Dev Anand expressed through their films the aspirations of a newly independent, yet painfully partitioned, India. Dilip Kumar’s proximity to Jawaharlal Nehru did not stop him from having friends across ideologies. Atal Behari Vajpayee was an admirer and good friend of the star’s. In 1998, when Pakistan honoured Dilip Kumar with the country’s highest civilian honour, the Nishan-e-Imtiaz, a section of Hindutva hardliners started calling him a traitor and an ‘anti-national’. Equally, there were critics in Pakistan who attacked their government for conferring the Nishan to an Indian. Before he left for Pakistan, Vajpayee, then prime minister, had reportedly asked Dilip Kumar to accept the award as an ambassador of India and convey his warm greetings to his counterpart across the border. Prime Minister Nawaz Sharif had reciprocated likewise. Dilip Kumar accepted the Nishan-e-Imtiaz on the behalf of the people of India. A condolence banner put up by Directorate of Archaeology and Museums, Govt. of Khyber Pakhtunkhwa, at the ancestral house of legendary Dilip Kumar on his demise, in Peshawar, Wednesday, July 7, 2021. Photo: PTI

In their earlier hard-liner avatar, the Shiv Sena under Bal Thackeray often targeted Dilip Kumar as a traitor. When in 1998 Hindutva groups attacked cinema halls for showing Deepa Mehta’s lesbian love story Fire, Dilip Kumar, along with Javed Akhtar and Mahesh Bhatt, filed a public interest litigation (PIL) in the Supreme Court against the violent right-wing protests. In response to the PIL, a band of Shiv Sena activists held a demonstration in front of the actor’s house dressed only in their underwear. When asked to explain this peculiar mode of protest, the spokesperson of the group said that since Dilip Kumar had supported ‘nudity’ in Fire, they would protest by following him around in their undergarments.

The underwear demonstration came in for sharp criticism from all quarters. Hindustan Times (December 14, 1998) reported that BJP leader L.K. Advani expressed his displeasure by stating that while peaceful demonstrations were perfectly acceptable in a democracy, “violence, vandalism and the display of [body] parts” were not. The report also stated that Vajpayee had personally called up Dilip Kumar to express his regrets. It is therefore fitting atonement that the Maharashtra government, led by a reformed Shiv Sena, should bid farewell to the star with full state honours.

About the jointly filed PIL, Bhatt recalls Dilip Kumar saying, “Freedom of speech is the very breath of the artist’s community. We are filmmakers, actors, writers. How can we remain silent and pretend to be blind when that ideal is being strangulated?” That wintry night, says Bhatt, he learnt an important lesson from his screen idol: that “democracy thrives through dissent, and through dissent one has to be open to face discomfort”.

Notwithstanding his immense popularity, Dilip Kumar had to bear the wounds inflicted by the lingering divisiveness of the Partition. Perhaps for this reason, he relentlessly advocated peace and friendship between the two countries. He believed that mutual hostility could benefit neither country and through his own example exhorted artists and intellectuals to value our shared heritage. When Pakistani singer Noor Jehan returned to India after 35 years, Dilip Kumar welcomed her with the following words: “Noor Jehanji, aap jitney baras ke baad humse milne aye hain, theek utnehi baras hum sabne aap ka intezaar kiya hai (Noor Jehanji, after so many years that you have come to meet us, exactly for those many years have we waited for you).”

Dilip Kumar will live forever. So will live his idea of India.