'Dil Bechara' Review: A Good Story, But the Fault Lies in the Telling

Sushant Singh Rajput shines in some of the more sensitive moments, but it becomes difficult after a while to separate the real from the reel. 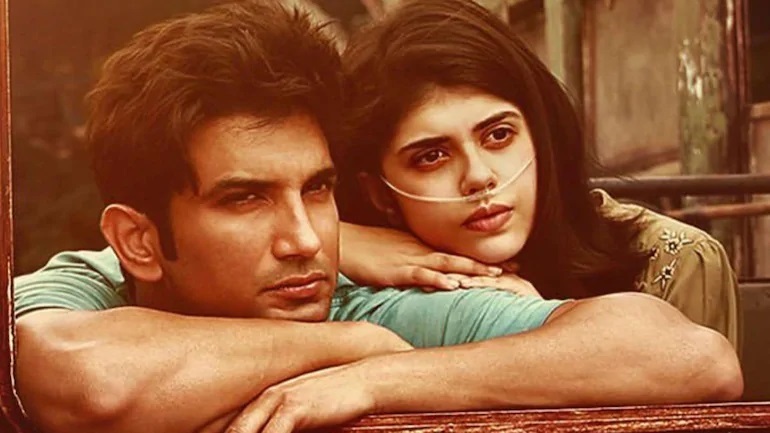 A still from 'Dil Bechara'.

Dil Bechara, starring Sushant Singh Rajput and Sanjana Sanghi, finds its momentum and purpose through contrasts. An adaptation of the bestselling novel The Fault in Our Stars, it tells the story of Kizie (Sanghi) and Manny (Rajput), who are young, suffering from cancer, and about to fall in love. Two people too young to die. Two people battling death yet dreaming a new beginning. A morbid story ruled by romance and laughter. The novel’s polarity became a layered commentary on the nature of life: its unpredictability and uncertainty, its gifts and punishments. Dil Bechara, directed by Mukesh Chhabra, has the luxury of an impressive source material, but it confirms an old filmmaking truth: that a good movie needs much more than a compelling story.

The film opens in Jamshedpur, as Kizie describes her life. Her voice is funny, lively, playful, squashing any possibility of maudlin self-pity or abrasive resentment. She first meets Immanuel Rajkumar Junior (or “Manny”), when he’s fooling around with his friend, JP (Sahil Vaid). Manny flirts; Kizie is not interested. They meet again at a cancer counselling centre. JP is suffering from eye cancer, while Manny, previously afflicted with osteosarcoma, is in remission. Both Kizie and Manny need literal support systems. If Kizie, who has thyroid cancer, has a constant companion in an oxygen cylinder (whom she calls “Pushpinder”), then Manny’s lower right leg is a metallic rod. Soon, they find a new crutch: each other.

Dil Bechara’s initial segment shows that it’s a smart, sharp movie. It ribs Bollywood’s conception of ‘happily ever after’. It opens with the shot of a funeral — in a drama where someone is going to die, that choice feels self-aware. The dialogues are light, and even the sombre ones are pragmatic (“I don’t want to be strong; I want to be normal”). The single-take song, Dil Bechara, is breezy and charming, signifying a film that cares for technical ingenuity.

But the problem lies in romance, the film’s heartbeat – and the novel’s sensitive core. It’s unfortunate that, even in 2020, Chhabra and screenwriters Shashank Khaitan and Suprotim Sengupta see this fresh material through a dated lens. Manny wooing Kizie, for instance, seems quite trope-ey: she rejects his flirtatious attempts, and he pursues and pursues and pursues some more, until she agrees. There’s no real sense of why these individuals fall for each other, especially Kizie. As if the film is insisting that we interpret annoyance as cute. Manny’s tomfoolery often falls flat. This constant dichotomy – between watching and feeling – marks and mars Dil Bechara. A ‘funny’ moment often feels contrived, a ‘romantic’ scene mundane, and a ‘deep’ moment superficial.

Kizie, for example, admires a singer called Abhimanyu Veer Singh (Saif Ali Khan). She’s perplexed that he didn’t complete a song; she wants to know more about him, meet him. Yet Kizie’s feelings, filled with purported gravitas, don’t seem poignant; they lack depth. Later, Manny, prodded by her, listens to the album in grave contemplation – a turn that changes their relationship – and yet, they hardly share anything meaningful about the music. Dil Bechara expects us to connect the dots way too often.

The other problem is the film’s stereotypical depiction of the hero. Rajput was always a gifted performer, and he excelled in roles that probed his diverse acting vocabulary, such as Kai Po Che, Detective Byomkesh Bakshy!, MS Dhoni, and Sonchiriya. But many Bollywood productions also force-fit an actor into the generic template of a ‘star’: often, a good-natured prick who sings and dances and piles on. Rajput’s first such role was Raabta, where he looked woefully out of depth. Even his other films relying on staple formula – Kedarnath and Drive – were quite forgettable. A similar hurdle thwarts Dil Bechara. When Rajput is playing the carefree, assertive lead, especially in the initial portion, he’s not convincing. But when the film relaxes into a rhythm, asking him to play a vulnerable young man, he shines. 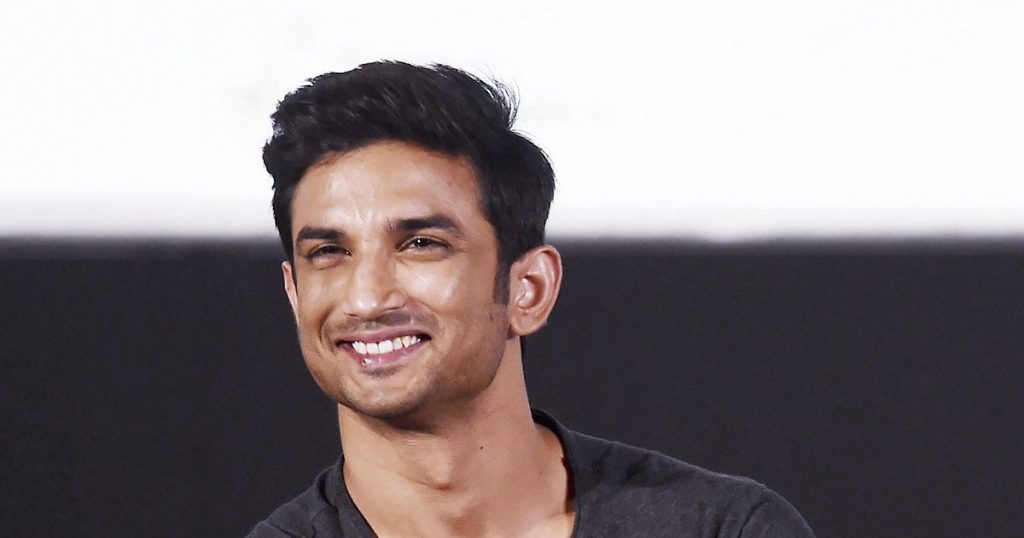 It’s most evident in the sombre conversation between him and Kizie’s father (Saswata Chatterjee), where Manny talks about his life after the leg-amputation surgery: how it rendered him incomplete and dissatisfied, how it took away his body and soul – and why we should care for silliness. That scene is vintage Rajput, where he isn’t hero-like but ordinary, unpeeling his layers with every line of dialogue, revealing his insecurity with palpable difficulty. Or in the poignant climax, where the actor, wrestling with a whirlpool of emotions, looks tired and helpless – yet charming and jovial.

Rajput died by suicide less than six weeks ago and, in light of that information, a movie centred on death acquires a completely new meaning. There are several scenes in Dil Bechara where dissociating cinema from life feels nearly impossible. The lines get blurry, and there’s no telling where the reel ends and the real begins – or vice-versa.

One such scene comes in the film’s second half, where Kizie and Manny reach Paris to meet Abhimanyu. Starstruck, they keep trying to initiate the conversation – asking him about his artistic motivations – but Abhimanyu continues deflecting their questions with needless jokes and an unpleasant demeanour. An angry Manny then insults the singer, who blurts, “Khud ko maarna saala illegal hai, toh jeena padta hai [It’s illegal to kill yourself, so you’ve to live].”

In that moment, the film ceased to exist for me. Ordinarily, I’d have kept looking at the actor delivering the dialogue; this time, my attention wavered towards Rajput. But I couldn’t see his facial expression, only his back was visible. Maybe that cinematographic choice was destined: the inadequacy of cinema had met the inadequacy of life.