In conversation with the directors of Soz: A Ballad of Maladies that reveals how heavy militarisation in the Valley has led to the emergence of political hip-hop, rock and folk music as weapons of resistance. 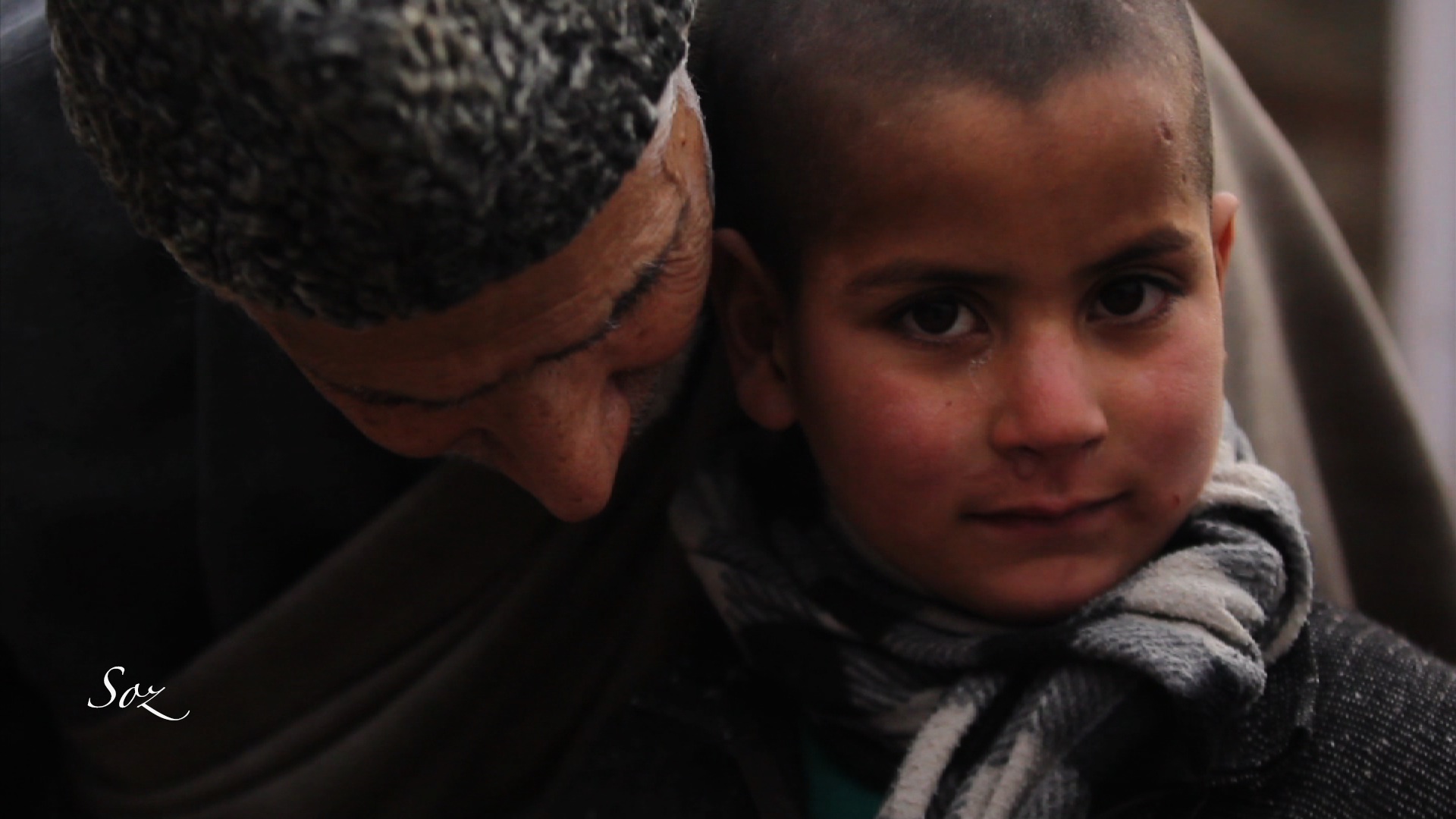 Soz: A Ballad of Maladies was declared a winner at the 64th National Film Awards for Best Debut of a Director in the non-feature film category. In moving away from the mainstream portrayal of the Valley as a paradise, the film reveals a militarised Kashmir whose spiritual poetry and folk traditions have given way to political hip-hop, rock and folk music as a means of resistance.

Filmmakers Tushar Madhav and Sarvnik Kaur are post-graduates of mass communication from AJK Mass Communication Research Centre, Jamia Milia Islamia in New Delhi. Madhav has edited several feature and short documentary films. Kaur is a writer in the Hindi film industry and her first book Where Arrows Meet was published in 2012. In an interview with The Wire they talk about the process of making the film and the conflict in Kashmir.

Kashmiris have been dealing with the Indian army’s presence in the Valley for decades now. How did that influence your relationship with the people and the place while filming?

SK: The casting of our characters was finalised post the floods in Kashmir because that shared experience of us being stranded with them crumbled walls. Senior people who didn’t wish to come on camera shared their experiences with us making our understanding richer. The locals shared their food and stories with us. We also saw how tourists, or people like us who were not from Kashmir, were rescued before any of the locals.

TM: In Kashmir they refer to India as ‘outside’ and to Pakistan as the ‘other side’. When we decided to make this film we were aware of the baggage we carried being from ‘mainstream’ India. We had to spend a lot of time with the artists before they began to trust us. 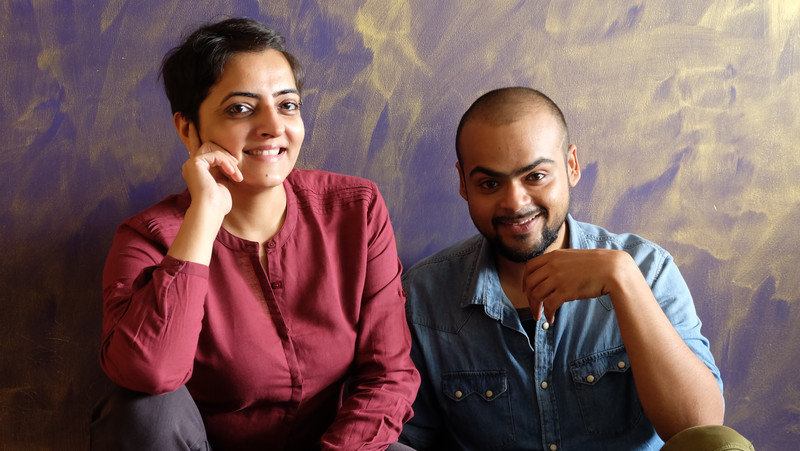 Sarvnik Kaur (left) and Tushar Madhav, the directors of the film Soz: A Ballad of Maladies. Credit: Vasundhara Anna Koshy

What role according to you does art play in politics or how is art influenced by politics? Could you elaborate in the context of Kashmir?

SK: I think most artists make art out of their lived experiences so it is difficult to separate politics from art. In the context of Kashmir, it is crucial to see which art form is given encouragement and which one isn’t. There are central government schemes that provide patronage to gharana musicians and their art. This form of apolitical-religious art also contributes to the notion of Kashmir being a paradise. However, MC Kash‘s studio was ransacked after his song ‘I Protest’ was released and he had to go underground. In his case, instead of validation, he received threats to his life. Music, poetry or cartooning have a way of getting under your skin and the state is aware of the impact these forms of protest have and artists go forth with their resistance knowing the cost it comes with.

TM: In 2013, a concert, Ehsaas-e-Kashmir, was organised in Srinagar by the German embassy and the government of India. During the concert, Mercedes cars were flown in for international guests and there was a curfew around Mughal Gardens, the concert venue. In response, the locals organised Haqeeqat-e-Kashmir. This was a cultural protest against how Ehsaas-e-Kashmir, which translates into ‘Feeling for Kashmir’ was not reflective of the reality of the Valley, especially at a time when a lot of killings had taken place. It is difficult to talk about art in Kashmir and not the politics. 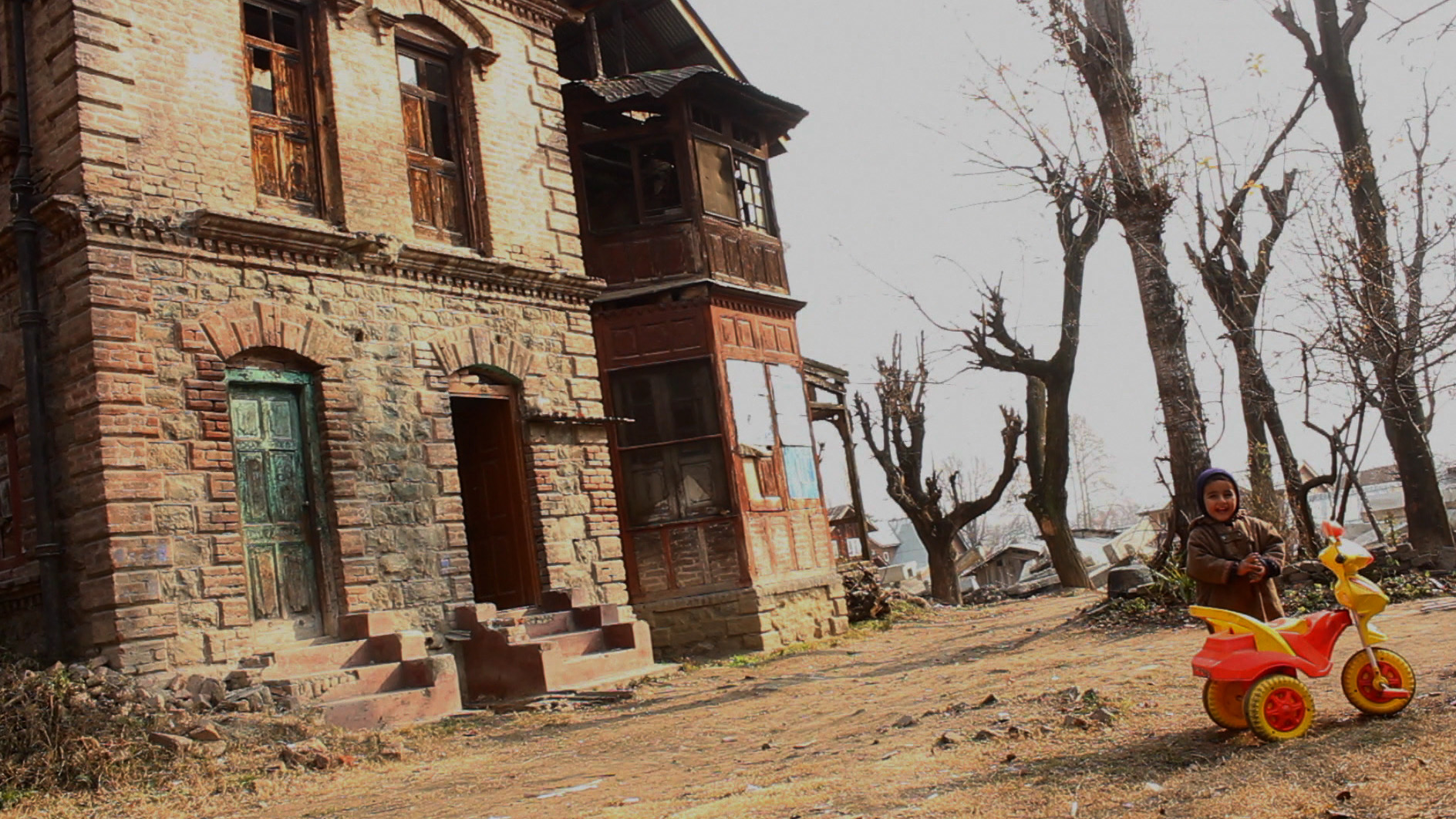 A still from the film Soz: A Ballad of Maladies

Were there any issues related to censorship or self-censorship?

TM: When the censor board first gave us a list of cuts without any explanation, we were disturbed. After putting in three years if the film didn’t see the light of day it would be unfair to those who had shared their experiences with us. However, we realised that as long as the larger essence of the film was still intact, it was okay to let go of the little bits.

SK: We had to get a censor certification because without it we couldn’t have screened it in public without the fear of it being shut down. We were aware of the contentious areas. For example, the term azaadi wasn’t important for us, but to convey the spirit behind it without making it contentious was important to us. Deliberate designing rather than self censorship was how we tackled the issue. It felt a bit like an amputation at that point of time but it enabled us to reach out to a larger audience. The moral obligation for us was that the spirit of the argument people had made in front of the camera should remain intact.

During the premier of the film at the PSBT Open Frame Festival questions were raised about the lack of representation of Kashmiri Pandits in the film. How do you respond to those allegations?

TM: There is a reference to Kashmiri Pandits right at the beginning of the film but we have tried to stay away from tokenisms of all kinds and we didn’t want to fall into the trap of polarities that has already been created about the Valley. This is not supposed to be an all-encompassing film on Kashmir. We have interacted and filmed some Kashmiri Pandits and we are not denying that Kashmiri Pandits have had a tormented history in Kashmir but his film is not about that narrative. Our film is about the heavy militarisation that has happened in Kashmir. Just because it is a film on Kashmir it doesn’t mean that it is incomplete without the Kashmiri Pandit narrative.

The cinematography of the film has received praise from various quarters. What were the techniques you employed given the context and theme of the film?

TM: There was an overbearing presence of the military that we felt there and we wanted the camera to revert the gaze with which soldiers look at you in Kashmir through our camera. We wanted to capture that in an immersive manner and not as that of an outsider. I shot the film primarily on a DSLR and there was a cameraperson who was there for a length of time. The shaky movements and the unrestive feeling throughout was something we figured on the edit table because when we were looking at all of the shots we could feel that there was a palpable presence of the cameras gaze at the soldiers which is trying to come to a stasis. It lets people feel the discomfort that we are talking about. Music and lyrics were the larger binding forces of the film and brought the stories together. It also became imperative for us to deconstruct the mainstream portrayal of Kashmiri landscape.

SK: We deliberately stayed away from an Incredible India kind of portrayal of Kashmir. For example, we looked at Dal lake visually not just as a beautiful landscape but also at the stories that lay within it. Our shikharawala at Dal lake told us about how he had once been caught in a crossfire between the army and the Mujaheddin. In order to save his life he had to jump into the Dal lake and swim all the way to his house in the dark. 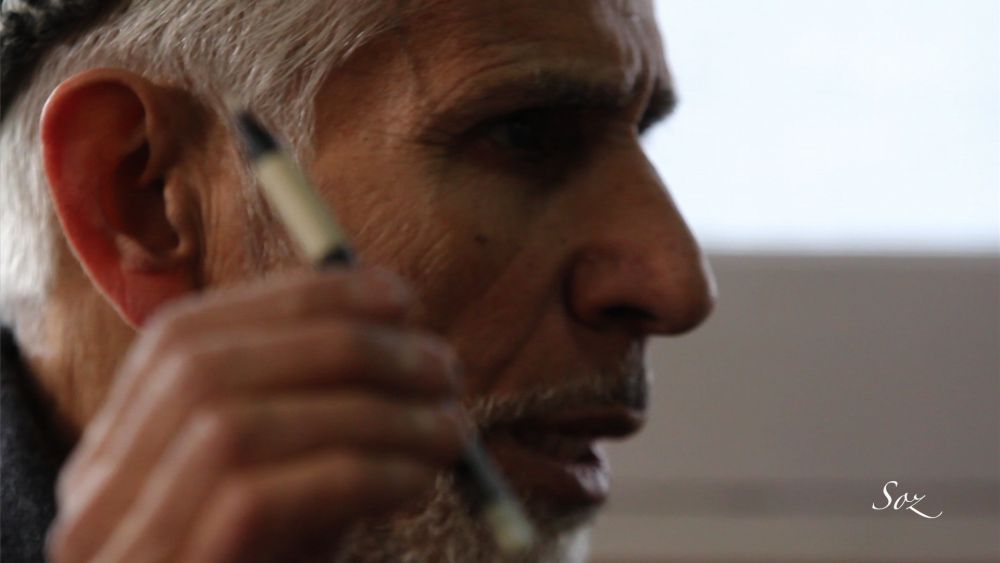 A still from the film Soz: A Ballad of Maladies

What kind of preparation went into working on the script of this film and what kind of changes were required once filming began?

TM: The scripting was an ongoing process until the fim was completed. We had over 140 hours of footage with which we had to figure out the best way to tell the story.

SK: Rampant Islamophobia in the world where everything Muslim is linked with terrorism was something we were conscious of while scripting. We wanted our audience to see one of our protagonists, Zareef Sahab, who is always dressed in a skull cap and beard, primarily as a poet, satirist and a fountain of wisdom and not reduce him to his Muslim identity and judge him for it. That was very crucial. We knew that once he was accepted people were going to accept a lot more of what the film has to say. We had to borrow from the image of mystique created about Kashmir to tell the larger story. Zareef Sahab became the symbol of that mystique but he also went onto deconstruct it.

Why are there no women protagonists in the film?

SK: We grappled with this much like we did with the issue of Kashmiri Pandits. We don’t want this missing voice to be misconstrued as a lack of active participation of Kashmiri women in politics. Kashmiri women are very political and participate actively in the resistance. It was a woman, Praveena Ahangar, who started the Association of Parents of Disappeared Persons. However, it is difficult to gain trust and to get people to face the camera also because our media hasn’t been particularly Kashmir friendly.

TM: At our screenings now we recommend other films on Kashmiri women which fill this gap.

Is the National Award a sign that the government is recognising the dissent prevalent in Kashmir?

SK: We should always remember that the film that has won is a censored film. However, the politics of the film has remained intact and this award in an acknowledgement of that voice. The National Award gives us the courage to take this film to spaces where we had concerns about facing a backlash. We have had professors who have refused to screen this film in colleges because they felt that the subject matter was contentious. I do think it is a political milestone of sorts, much like Ram Ke Naam getting a national award.

TM: It depends on what happens next with the film. It will be interesting to take this film to Gorakhpur, to Kashmir and to the Northeast. I don’t know what’s brewing on the political front but this award is an acceptance of the voices in the film.