Dharamshala International Film Festival Is a Wonderful Departure From Convention

The festival initiates conversations among directors, actors, journalists, festival programmers and audiences, while also exposing the locals to Indian and world cinema. 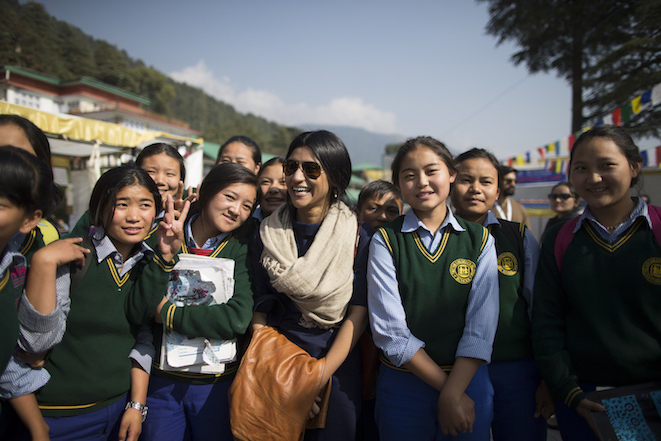 Film festivals leave you in a state of frenetic excitement. You are constantly moving from one venue to another; you’re constantly making plans and constantly discarding them. “Should I watch an old classic or a new indie? Should I queue for an award-winning film or attend a panel discussion?” – there’s so much to watch, absorb and discuss. You’re missing lunches, eating late dinners, sleeping less and even then, missing out on something: a great masterclass, a great documentary or a great fictional feature. This unending exhaustion can sometimes get to you. It certainly got to me at the end of last month’s Mumbai Film Festival when, after having watched 23 films over the first five-and-a-half days, I fell sick, missing the last one-and-a-half days of the festival. In the unique rush of film festivals, the Dharamshala International Film Festival (DIFF) is a wonderful anomaly. It is, in many ways, an anti-film festival.

This year’s festival was a small, quiet event, spanning four days (November 2-5), screening 23 fictional features, five documentaries and 15 short films. This edition of DIFF had two auditoriums as venues: Dekyi Tsering, opposite the Dal Lake in the Tibetan Children’s Village (TCV) – an integrated community formed in 1960 for educating Tibetan children in exile – and Hermann Gmeiner, a ten-minute uphill walk from the former. The basketball court of the TVC campus near Dekyi Tsering served as the festival’s main venue, dotted with tables and chairs where festival attendees ate and lounged, with several stalls selling food, handicraft and photographs on its periphery. One of the mentors at DIFF, filmmaker Gurvinder Singh who moved to Bir in Himachal Pradesh two-and-a-half years ago and now owns a café there, had a stall at the festival too, called Café Cloud Door (doffing his hat to The Cloud Door, a short film by Mani Kaul, his mentor at the Film and Television Institute of India). There were other moments at the festival worthy of a smile: Lijo Jose Pellissery, the director of Angamaly Diaries, blithely walking across the basketball court while clicking pictures of the TVC campus; a bunch of school kids spotting Konkona Sen Sharma, requesting her to get a picture clicked with them; festival attendees coming up to Adil Hussain, introducing themselves and drawing him into a chat.

Even though DIFF is a much scaled-down fare, screening nearly one-seventh the number of movies as compared to a regular film festival, it promises to answer many questions hounding aspiring film professionals. During this year’s DIFF, for instance, where directors, actors and writers wandered freely, an ambitious cinematographer could have struck a conversation with Pellissery on the technical nuances of Angamaly Diaries’ climax; a confused filmmaker could have asked Singh the merits of working and living outside an established film industry; a struggling actor could have spoken to Hussain on the virtues of patience, on the intricacies of honing one’s craft while waiting for that elusive break. These chances tell a bigger story about the festival – that its scale isn’t an accident; it was planned.

Before conceptualising DIFF, its founders, Ritu Sarin and Tenzing Sonam, travelled to different film festivals around the world as filmmakers. They enjoyed the big film festivals, recognising their importance in providing larges audience to films, but they also felt overwhelmed and lost as they were unable to meet new people. On the other hand, they were moved by the sights and experiences of smaller festivals in different corners of the world – the Amazonas Film Festival in Brazil, the DMZ International Documentary Film Festival in a buffer zone between North and South Korea, the Tromsø International Film Festival in Norway’s Arctic Circle – where they hung out with other filmmakers, got to know them closely and made lasting friendships. Sarin and Sonam moved from London to Dharamshala in 1996 and in 2012, floated the first edition of the festival. McLeod Ganj didn’t even have a theatre then.

India certainly has no dearth of film festivals. It organises the Mumbai Film Festival, the International Film Festival of India and the International Film Festival of Kerala, but “they are big,” says Sonam, “where filmmakers don’t get the opportunity to get together and watch each others’ films”. DIFF was initially conceived to “bring indie films to Dharamshala so that the local community could get exposed to different kinds of cinema, but now we’ve been able to fill this other gap of connecting indie filmmakers”. However, over the years, the DIFF founders have struggled with “funding and people to work with,” says Sarin. “We have a new team every year.” The other challenge is to find to a proper venue. “We start from scratch every year. Even here, in the children’s village, we have to create the theatre and bring the equipment to the place, which is a logistical challenge,” says Sonam. 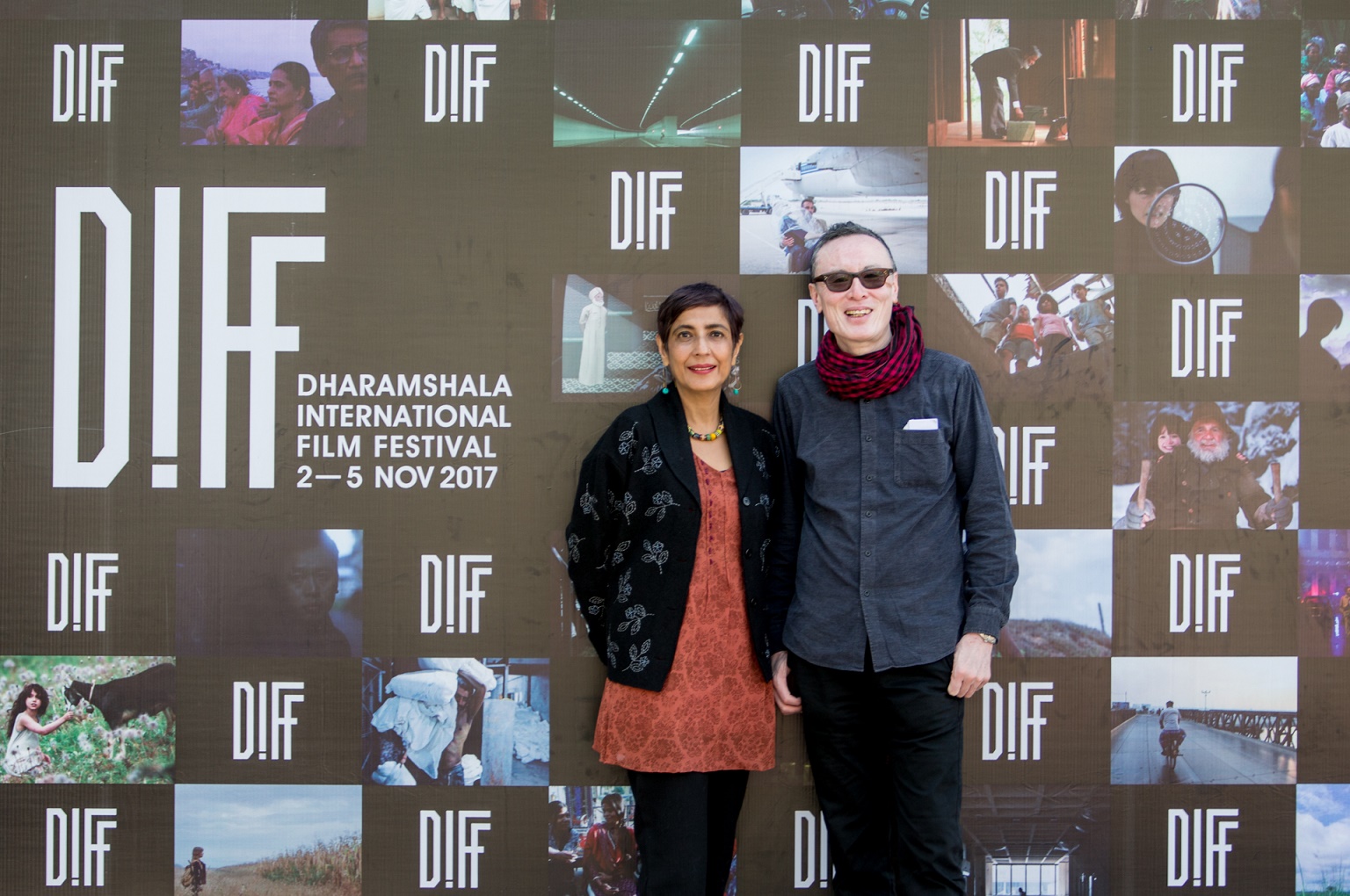 Unlike other film festivals where you’re cocooned in a theatre, disconnected from the world outside, this year’s DIFF, by virtue of its venue, always felt alive, even while you were watching a movie inside the auditorium. The screening of Tripoli Cancelled, a film on isolation and displacement, was often punctuated by ambient sounds of children playing and shouting, dogs barking and yelping. The festival came alive on Sunday when a large number of children flocked to the venue. Some of them lined outside Dekyi Tsering, getting restless by the second to get inside the auditorium; some walked into the morning show, My Life as a Courgette, 20 minutes late, making a lot of noise trying to find their seats. But not all were there for the movies. Some had tied rubber bands to form a small ball, kicking it with abandon, running after it. Diagonally opposite Dekyi Tsering (whose front wall had a small frame carrying a Zen-like quote, “Why be unhappy about something if it can be remedied? And what is the use of being unhappy if it cannot be remedied?”), a few kids sat on the floor, drawing crayoned pictures of their “besties”. One of the drawings had two stick figures’ hands meeting in a conventional heart symbol; the top of the paper read, “Art speeks everything!”

If you’re a hardcore cinephile – essentially prioritising cinema over other things in life – then DIFF’s charms would have been lost on you, as a large chunk of feature films and shorts had either already gotten a theatrical release (Mukti Bhawan, A Death in the Gunj, Angamaly Diaries, Newton) or played at other film festivals (Machines, Ajji, Village Rockstars, Ralang Road). But that isn’t the point of DIFF, because it mainly serves as a wonderful postscript to other film festivals and theatrical releases – a place that initiates conversations among directors, actors, journalists, festival programmers and audiences; besides, it also exposes the locals to Indian and world cinema.

Long freewheeling conversations, easily the best part of DIFF, could start at random anywhere: in front of Dal Lake, while waiting for the shuttle (where I made the mistake of asking a few festival attendees, well acquainted with Bollywood whispers, “So who is the Harvey Weinstein of Bollywood?” and got an unanimous answer that broke my heart and shattered my naiveté); at the hotel (ranging from the legitimacy of ‘The List’ to curating films for children); at the TVC with, among others, a man from London, who moved to Dharamshala five years ago because he loved Tibetan culture, with a beads designer from Kalimpong, also an aspiring actor who had just finished working on a short, with his friend, affiliated with a local NGO, who was there to “promote” him.

You can miss a film or two at a film festival, and seek them out again at another film festival or on movie streaming sites, but people, a wonderful mélange of worldviews, experiences and complexities, are slightly more elusive. DIFF gets you closer to them, allowing you to understand those who are in the thrall of cinema. Sarin and Sonam are fond of this aspect of the festival too. Going forward, Sonam “doesn’t see the festival growing to a much larger scale. Maybe it can grow by a day, but we really want to keep the intimacy. That’s really important to us”. Sarin adds, “Good films, good filmmakers, good audiences – the community, right?”