'For My Role, I Tried to Look at Jinnah Through Very Different Eyes'

In conversation with Denzil Smith about his experience of being a somewhat unusual actor in Bollywood, his takeaways from playing Mohammed Ali Jinnah in the forthcoming film Viceroy's House and more. 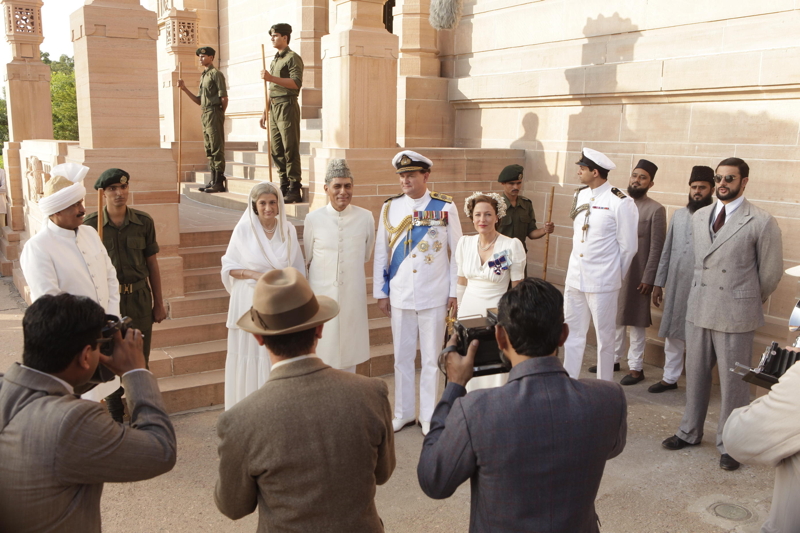 Denzil Smith has been a familiar face on the Mumbai theatre scene for several years – he has acted in plays such as Waiting for Godot, Caine Mutiny Court Martial, Bombay Jazz, Gauhar, On a Muggy Night in Mumbai and Hedda Gabler.

But he came to films relatively late and for a while filmmakers did not know how to slot him; now he is busier than ever before. He was recently seen in Jagga Jasoos, P.O.W. – Bandi Yuddh Ke, and Brahman Naman and will soon be seen in Gurinder Chadha’s latest, Viceroy’s House, where he plays Muhammad Ali Jinnah. He’s played Jinnah before, on stage, for Lillete Dubey’s 2006 play Sammy.

Viceroy’s House, a historical drama, is centered on India’s last viceroy, Lord Mountbatten, overseeing the transition of British India to independence amid the clashes among the country’s political leaders. The film was screened ‘out of competition’ at the 67th Berlin International Film Festival and later, in March, saw a theatrical release in the UK renamed Partition: 1947, the film which will release in India next month.

The Wire spoke to Smith about his experience of being a somewhat unusual actor in Bollywood – he is an Anglo-Indian – and his takeaway from playing the Pakistani leader.

From stage to film – has that been a natural and smooth transition for you? Why did it take so long for the film business to find you?

It is no secret my first love remains the stage. However, I made a conscious decision a few years ago after I came back from a long running show in Europe to be more open to opportunities in film – even if it meant doing small parts in quality productions like The Best Exotic Marigold Hotel. So you could say it was me who took so long to embrace the film business. And now, I’m really enjoying the work I’m doing in films and TV.

Do you feel you get offered only ‘niche’ parts?

There was initially a reluctance to cast me as my name “Denzil Smith” sounds foreign and people assumed I don’t speak Hindi. I would be offered parts like a British officer and turn them down as I’m Indian not British. And when I was cast, it tended to be in roles like the rich business man, the father or a boss, often parts perceived as being a bit ‘Westernized’ or even from the Northeast. However, I am now going beyond this to be cast in a wider range of roles, from villains to professors, where it is assumed I am not just comfortable in Hindi but can convincingly portray characters who speak even formal Urdu.

Is the emergence of the ‘indies’ a blessing for actors like you?

Of course the emergence of independent cinema is a good thing for both the industry and the people working in it. Realism, new genres and socially driven stories are more than welcome.

Do you still continue to do work in theatre?

Once you’ve tasted blood (of theatre) it is difficult to keep away. I love the theatre. It is therapeutic for me.

Do you change your style depending on whether you are on stage or in a film, especially in a Hindi film?

My approach towards a character remains the same, whether it is stage or film. It is about finding the truth within a context. I really don’t know what my ‘style’ is. But many a time a director knows what he or she wants in a film or a play and I do my best to try and adhere to that vision.

Coming to Viceroy’s House, did you find any difference in the way Gurinder Chaddha directs and others? Or in the way a big western production functions and a Bollywood film does?

Gurinder knew exactly how she wanted the character to be portrayed. And yet she gives the actor freedom to explore. With her, much of this process happened before principal photography began so no time was wasted on set.

And yes, things are different – Western productions value time and people. The level of preparedness, the discipline of the actors and crew and the attention given to detail. Once the script is frozen, all departments do their homework well and hence there is minimal wastage of time and money. So while they may take a long time in pre-production and planning, they shoot fast. Here it is the reverse. Though I must say that many of the new breed are now quite efficient. Indian productions that are well planned, managed and funded are a delight.

How did you research and prepare for your role in Viceroy’s House?

I read several books and biographies on Jinnah – primarily the book on which the film is based, The Shadow of the Great Game: The Untold Story of India’s Partition, by Narendra Singh Sarila, which is very informative. I also watched all the footage available on him to see his demeanour, his body language, his diction. Besides, I also tried to match him physically. I lost 14-and-a-half kilos in 40 days.

Barring Mahatma Gandhi, the lives of sub-continental historical figures have, by and large, been depicted cursorily in Indian films. What excited you about this part?

One was that he was a primary player in the whole imbroglio – the partition game. And two is that he’s been demonised by vested interests in certain countries. So I tried to look at him from different eyes and understand his motivation. He was a highly intelligent man who stood strongly for secular India.

And then why partition happened the way it did. This film is a revelation – what led to that, and who set up whom. We often blame our Indian leaders for partition, but it seems, from documentaries, that they were played. They were so involved in achieving independence that they didn’t look beyond their borders, into the world, which had completely changed post Second World War.

During the course of researching, and acting out, Jinnah, what about him took you by surprise – especially because most Indian films portray him in negative light?

One of the major things is that even in his lifestyle, in his upbringing, he was a complete secularist. And that is what he intended for Pakistan, too. If you hear his Independence Day speech, you’d find that he wanted it to be a country that would welcome all religions. If he were alive, it’d pain him to see what has become of his country.

Then there were other little things: that he wanted to be an actor – when he was studying in London. There was hardly any difference between him and Nehru. Both of them were from privileged backgrounds, were educated in England and had lofty ideals. Jinnah was, in fact, the youngest member to be called to the bar in England.

How does your approach differ when you’re playing a historical figure, as opposed to a real character?

A fictional character requires more imagination, because you’ve to create his background, his mannerisms, his speech. But in case of a historical character, you owe allegiance to the facts. It also depends on the interpretation: from what point of view you see the character, his motivations. And these things are available with historical characters, including their pictures. In some ways, it’s more challenging.

It’s interesting that you worked with Alyque Padamsee, in advertising, who is known for his celebrated portrayal of Jinnah in Richard Attenborough’s Gandhi.

Did you discuss Jinnah with him?

I had seen Gandhi many years ago when it had come out, but I tried to not look at any portrayal of Jinnah, except real-life footage. I wanted to approach him with a blank slate. And, as I said, since he’s been demonised in our country, I needed my own reasons to play him well. And that’s what I tried to do, understanding his motivations and background, so that he would be seen as a man with conviction and drive.

You are, in Bollywood’s parlance, a “character actor.” You’ve been acting over the last 15 years – a long period that has seen substantial changes in the film industry. What do you make of Bollywood and the kind of opportunities available to actors like you?

Bollywood is wonderful right now, and it’s rapidly changing for the better. There are fantastic directors coming up, and even the production model is changing. And it’s a good thing happening in commercial cinema – or, for that matter, in all cinemas. The divide is dwindling; earlier we used to have parallel cinema and so on. Now a film is being read for what it is, for its craft, for its acting, for its stories. More importantly, the story is becoming paramount.