'A Case of Corporate Censorship': Chhatrapal Ninawe on How Jio Buried His Award-Winning Film

Ninawe's Marathi film, 'Ghaath', was selected to premier at the Berlin International Film Festival but Jio Studios, which partly financed the film, reportedly sent the festival a legal notice forbidding its premier. 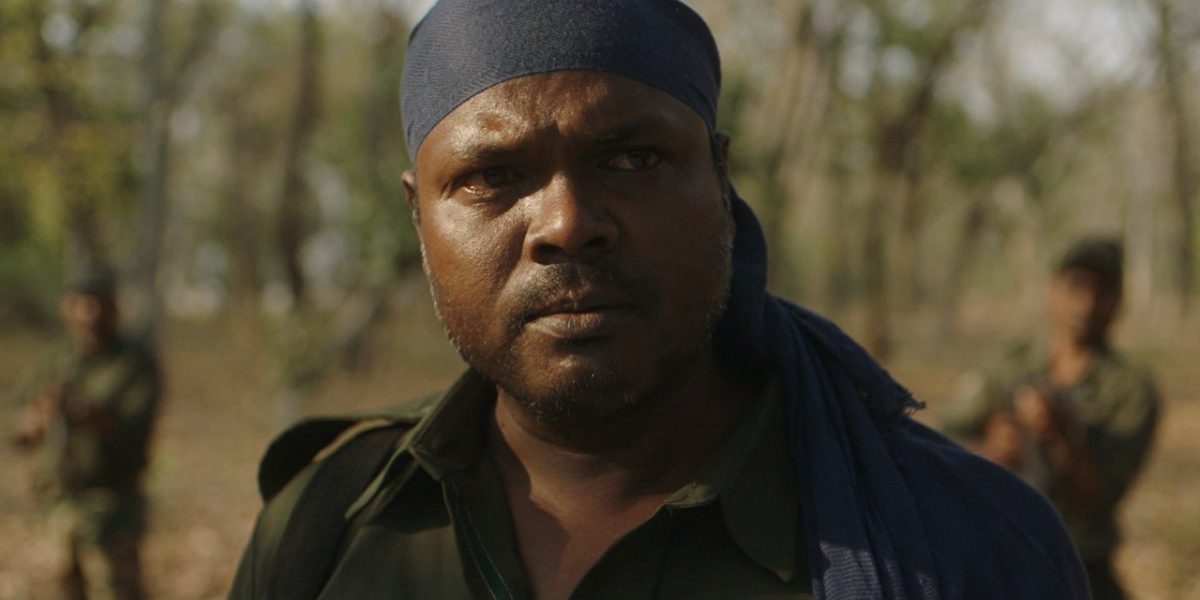 Chhatrapal Ninawe, an independent filmmaker for more than a decade, got his first big break when Jio Studios agreed to finance his Marathi film, Ghaath. A thriller centred on tribal people, Naxalites and cops, the film had one more producer, Drishyam Films.

Ninawe finished shooting in March, 2019. 20 months later, it was selected for the National Film Development Corporation’s (NFDC) ‘Work-In-Progress Lab’ and won the Prasad Lab DI and Moviebuff Appreciation awards. On January 21, 2021, Ninawe found out that Ghaath had been selected to premiere at the Berlin International Film Festival’s Panorama section.

He was ecstatic, however, his excitement lasted for 13 short days.

On February 4, 2021, Drishyam Films’s founder, Manish Mundra, called Ninawe to inform him that Jio Studios had sent a restraining order to the festival, forbidding the film’s premiere. The studio had not contacted Ninawe.

He tried to talk to them – he was ready to make changes, if he knew what he had to change. No response.

Ghaath didn’t premiere at the Berlinale. Ninawe was desperate to find out why his film had not been screened. He kept contacting Jio Studios, he tried for the next 15 months. No response.

A few days ago, he wrote a long Facebook post. “I was severely depressed and I could not even afford therapy,” it read. “My career is at stake. Films are said to be the babies of filmmakers. How can I keep my sanity when my baby is being murdered?”

I spoke to Ninawe to find out more. Edited excerpts from our conversation follow.

In 2021, when the Berlinale thing happened, I wrote to Jyoti [Deshpande], of Jio Studios, who after the first narration had said, “This is not a political film – it’s a festival film”] but I didn’t get any response. After that, I was dependent on Drishyam because I thought at least we can get the film out.

A month ago, I wrote to Jio – to Jyoti and all the others whose email ids I had – and Drishyam, saying, ‘I’ve no option. I’ve to go public and shout because I can’t handle it anymore. Do something. I demand you release the film. What you’ve done is wrong.’

Finally, I told them that I’ll be putting this in the public. In fact, I waited two more days.

Even till today, right from November 2019, there has been no communication from any Jio Studios executive. I don’t have a direct contract with Jio Studios. I’ve signed one with Drishyam Films, so maybe that’s why they’re not talking to me. What feedback did the Jio Studios executive give you in November 2019?

Generic. The executive was very happy and excited about the film. She was pleasantly surprised that it had turned out to be so good. She didn’t say anything about the film being controversial or that it could cause some problem – nothing of that sort.

All creative feedback, such as ‘Because of the non-linear structure, the audience may struggle to understand; can you make it simple? Can you put time stamps?’

There are curse words, 12 or 13 of them, which I don’t think are that important. I mean, curse words are there in thousands of films. It’s an adult film. And I can mute them because it doesn’t matter to me creatively. One of the police officers is a drunkard but drunkard police officers are there in so many films. This proves that whoever wrote the legal notice hasn’t watched the film.

What do you think made them change their mind, especially since you had kept them updated on every step of the process, from screenplay to pre-production to the final cut?

This is just a guess, as they haven’t communicated with me. But the executive who saw the [rough] cut, and the executives (or the team) who decided that this is a problematic film are different. At some point, the team changed. This was told to me by the Drishyam people.

Secondly, on January 21, 2021, I got an invitation from Berlinale. The next day, we won the NFDC Lab award. The mentors of the lab – all foreigners – had written a citation: ‘It is a cat-and-mouse game’; ‘it is a balanced film … expresses violence from both the sides’. The line which I think created the problem is, ‘This film is a cultural and a political study in terms of the individual’.

Also read: Of Death, Oppression and Resistance: My List of Best Indian Films of 2021

I think the team has suddenly found something and had a knee-jerk reaction. But if they had read the whole narration, they’d have found out that it’s a balanced film. I’m a liberal centrist. My film is a thriller. If you see it, you’ll laugh, seeing to what extent these people can go. And if at all you haveve to stretch out the subtext, it’s this: that the tribal is getting kicked from both sides.

After we won the award, I got a message from Drishyam Films that Jio Studios wants to see the film. I sent them the most recent cut. After that, this thing happened.

You wrote in your Facebook post, “I think this is an attempt to curtail a tribal filmmaker’s voice on national and international platforms”. Given that the film is about “tribal rights” and the “rights of minorities”, can you elaborate?

The main characters, apart from a police officer, are tribal. I tried to cast as many tribals as possible, to make it authentic. Of course, I didn’t just cast them because of their identities; they were good actors. More than 90% of the characters are either Dalits or tribals.

I’m also a tribal, but more than me, it’s the story’s context; the actors; the shooting locations; the crew, people who served food on the set, worked on it, who were tribals. In that sense, the film’s identity is tribal. Is that the reason they blocked it? I don’t know. I had shown them everything in the pre-production meeting.

People misunderstood [my post], saying, ‘You’re using the tribal card.’ But I don’t flaunt my identity. So many people didn’t even know my background, including the Jio Studios and Drishyam Films people. 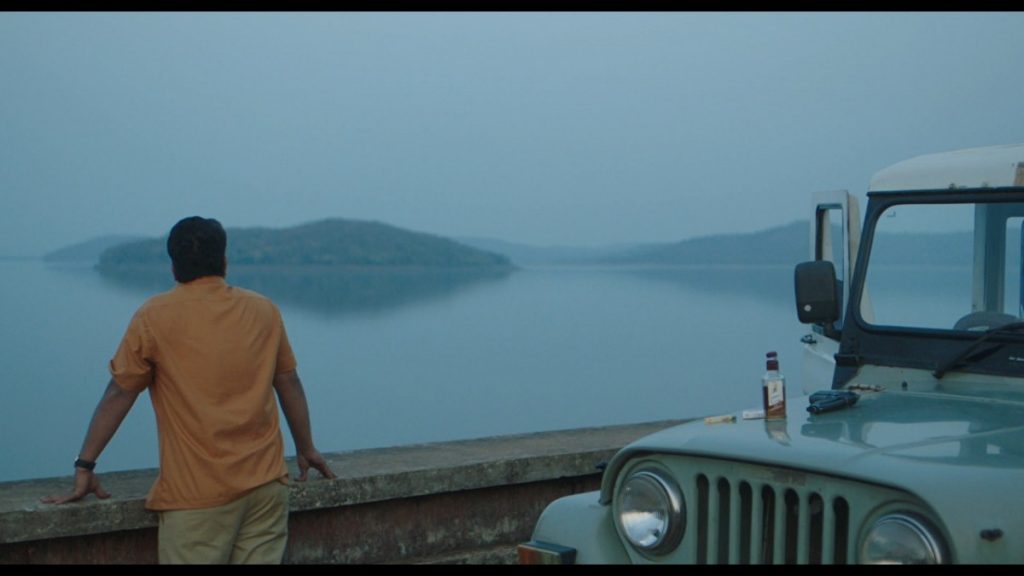 Last year, another film produced by Jio Studios and Drishyam Films, Aadhar, ran into censorship troubles when the Unique Identification Authority of India (UIDAI) imposed 28 cuts on it. The censor board had no part to play there – like your film. Earlier this year, the Indian Army denied a No Objection Certificate (NOC) to the script of Onir, inspired by the true story of a gay major.

Do you think we’re entering a new phase of film censorship where different kinds of ‘super censors’ – be it the UIDAI or the Army or, bizarrely in your case, a production house itself – are preventing films from releasing?

I completely agree. Whatever happened with my film or others is a clear-cut indication of what you’re saying. Tomorrow, the police department can start objecting, saying that you can’t show a police officer in a bad light. Apart from this, what usually happens is: ‘Oh, you insulted our caste or community’; or someone can say that you shouldn’t have put surnames as they reveal caste identities. This is a ridiculous thing; anything can happen. My film is a clear case of corporate censorship.

What is your plan of action?

I didn’t expect much, but I’m very happy to have gotten a lot of support from different corners, different film industries. I must say this, though; I didn’t get any support from the Marathi film industry. Not a single phone call.

I’m exploring my options. There’s no plan as of now, but I’m looking at some legal options. But again, to be very pragmatic, fighting against a huge company like Jio, which has access to the best legal minds of the country, is going to be a huge challenge for me, who doesn’t have more than Rs 10,000 in his bank account. I’m looking at some charitable, pro-bono options because otherwise, it’ll be a hugely time consuming and expensive process.

I hope that through pressure from social and print media, Jio Studios will realise their mistake. Or maybe they’ll try to address the issue. I’ll try to contact the [directors’] association to take it up as a copyright case. Even though I hate it, I’ll try to approach the politicians. I’ll do everything possible to get my film out.