Where Caste Has Turned Turtle: 'Flames of Freedom' Chronicles a Dalit Uprising in Odisha

The film depicts the rousing anti-caste movement in Ichchapur , where a first-of-its-kind Shudra collective is boycotting the village's Brahmins. 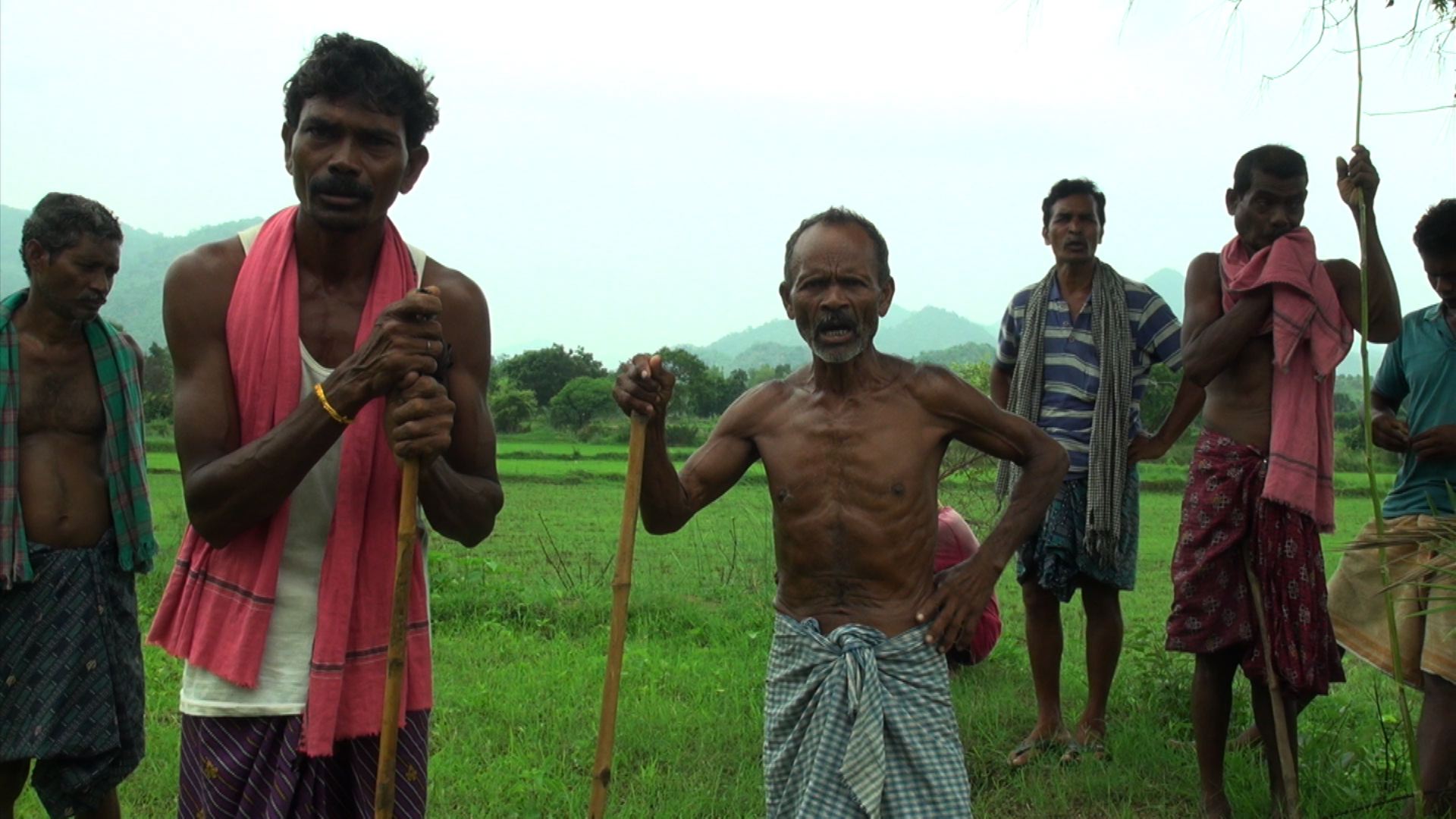 A still from the movie. Credit: Subrat Kumar Sahu 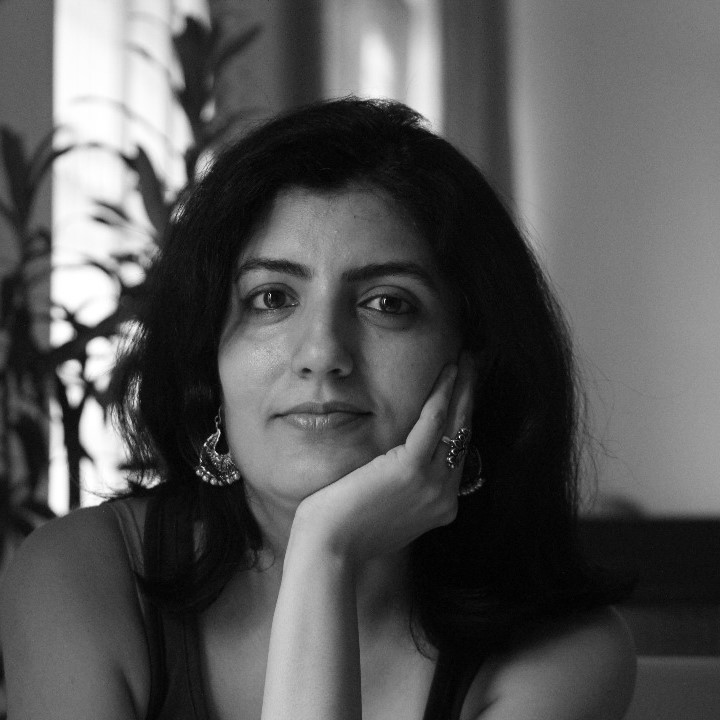 The film depicts the rousing anti-caste movement in Ichchapur, where a first-of-its-kind Shudra collective is boycotting the village’s Brahmins.

The fingers of light from a camera can only illuminate a patch. Yet, most of us are guilty of forming opinions and picking sides based on such slivers of information, gathered from the news media’s lens. This is precisely why we need chroniclers who walk into dark realms and make visible the vast expanses that we are either unable to see or refuse to accept.

Independent filmmaker and journalist Subrat Kumar Sahu has yet again proven to be one such chronicler. His latest film, Flames of Freedom, is a brave record of the difficult truths we seldom admit, even to ourselves. The film is a fascinating account of an uprising in (Odisha) Kalahandi’s Ichchapur village – the story of a first-of-its-kind Shudra (Dalit-Adivasi-OBC) collective that boycotted Brahmins and vowed to never serve them. Mind you, this wave of consciousness-raising was not triggered by an external political outfit or a sudden act of violence. Instead, it erupted after the locals recognised a historic pattern in their growing inventory of disinheritance.

It all started in March 2015, when their simple pole-hut shrine for Dokri Burhi (earth goddess) was taken over by a saffron-coloured, tiled, electrified and gated Hindu temple for Kanaka Durga. And in accordance with Brahmin beliefs, all Shudras were barred from it. This is when the local Shudras woke up to the pattern. Almost 150-200 years ago, when a handful of Brahmin families migrated to Ichchapur, they started dislodging the Shudras, who were the original inhabitants, from their ancestral lands. As time passed, Brahmins took control of most of the land, despite the lower castes comprising the majority of the village’s population. In fact, currently, there are 22 Brahmin families in Ichchapur and about 250 odd lower caste households.

The village’s lower caste residents realised that they had not only lost their land, but also their unique customary beliefs and practices, which are vastly different from those of the Brahmins’.

Under the Brahmins’ influence, they had stopped worshipping at their shrines (both Dokri and Dharni) or making animal sacrifices there – an integral part of their rituals. In fact, over the years, Durga, Shiva, Vishnu and other mainstream Hindu deities had seeped into their prayers and rituals. At the local government school, Shudra children are fed a Hindu vocabulary of faith.

Ostracisation as a tool of protest

To protest this brazen seizure of their economic resources and erosion of their distinct cultural ethos, the Ichchapur collective decided to assert their rights and wrest their dignity from the feudal Brahmins. How did they do this? They stopped all work in the fields and homes of Brahmins and tore off pictures of Hindu gods that hung in their huts. Their walkout was not a private pledge but a public declaration—for example, a sign at a village cycle repair shop reads, “In this shop, cycles belonging to Brahmins of Ichchapur shall not be repaired. SC, ST, OBC collective”.

For centuries, the lowest castes have been shunned, humiliated and deprived by those atop the caste ladder. Documented history shows how higher castes used a range of socio-economic tools and even state power to keep the Shudras suppressed. The only way the ‘have-nots’ can employ ostracisation as a tool of protest is by withdrawing the sole resource they have – their own labour.

This archive of oral history is dotted with local humour and native songs of longing – both for one’s beloved and for survival. Then there is the collector, Kalahandi, who thinks caste is a non-issue, meanwhile a villager is unaware that India has gained independence from the British because he and his community are still not free – “We thought there was a state, but in Ichchapur Brahmins are the state”, he said.

Sahu’s questions stimulate memory and enhance the narration of the migration of non-Adivasis into Adivasi lands, of the trajectory of local traditions and foreign influences. A woman from Ichchapur is heard saying, “Our grandfathers and grandmothers had raised all the gardens of mango, black plum, orange…how come all the gardens in Kalahandi fell into the hands of Brahmins now?” Another villager asks why the state has failed to intervene: “Brahmins are the doctors, Brahmins are the revenue inspectors, Brahmins are the tehsildars. Everything is in their hands. How will they address our matters of the poor?”

The camera’s brief pause at the ripped national flag atop the collectorate building and the fresh red flags fluttering above the temple say it all. A still from the movie. Credit: Subrat Kumar Sahu

As a native of Bolangir in western Odisha, Sahu’s oeuvre clearly reflects his knowledge and politics. Flames of Freedom follows his earlier work, Mlechcha Sanhara: India’s Kalki Project, ­which showcases the impunity enjoyed by the village landlords in Odisha’s Balangir district. They act as torchbearers for the feudal-Brahminic order that encourages atrocities against Dalits, such as the burning down of Dalit houses, poisoning of their drinking water sources, demolition of their houses, snatching land from them, beating them and driving Dalits out from the village. In almost every village in Balangir district, Dalits are still made to bathe in separate ghats from those used by caste-Hindus. His articles essay detailed accounts of violations against Dalits and Adivasis in the Kalahandi, Balangir and Koraput regions of Odisha, the cultures and histories of the Dongria Kondhs, community forest management, among others.

At a recent public screening in Delhi, sharing the stage with Vira Sathidar, the lead actor of the Oscar-nominated Court, Sahu said, “What is Brahminism but an economic order with a cultural face? A 3,000 years old system that has fought cultural wars of appropriation with resources at the bottom. Dalit movements generally do not talk about land rights and communist movements generally do not talk about ‘culture’. They both have to learn from Ichchapur. For Dalits, Adivasis and also OBCs, culture and resources are all intertwined. Wiping out culture is also wiping out their history”.

Ichchapur predates both Una and the Durga-Mahishasur debates but joins these nodes to complete the picture we fight shy of – the relentless takeover of the margins by the centre. In fact, if only Smriti Irani knew of the events in Ichchapur, she may have grasped the innumerable, everyday acts of appropriation by Brahmins and saved herself from embarrassment. If only Jignesh Mewani knew that the Dalit protests on the west coast of the country had a parallel precedent on the east, he could have gained from their energy and solidarity. But then, it is never too late. Films such as Flames of Freedom are helping join the dots.

Amrita Nandy is a social scientist and writer.