'Camera Threat' is a German's Ode to the Hindi Masala Film 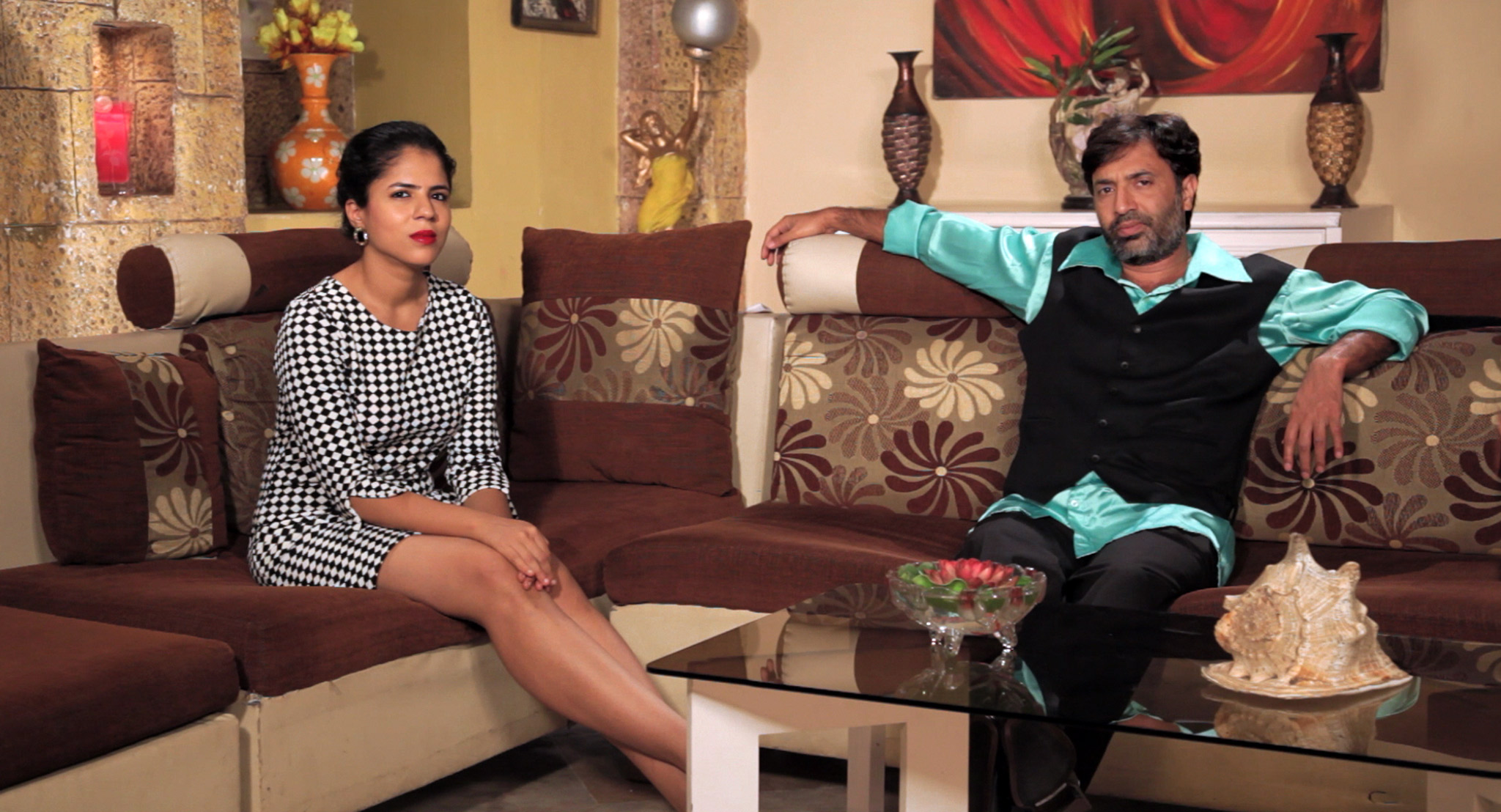 A still from the film Camera Threat

The 30-minute short Camera Threat opens to a muhurat shot. Here, a camera is being garlanded, while the crewmembers clap; a clapperboard is struck; a coconut is broken. These visuals, blending the traditional and the modern, have a playful quality to them. The voiceover, though, by the veteran Harish Bhimani, is telling its own story. Bhimani is holding forth on the importance of camera, but in chaste Hindi, which makes his rendition, given the initial tongue-in-cheek tone of this short, (unintentionally) ironic. So invention is “aavishkar”, important “mulyavaan”, instrument “yantra”, aperture “chhidra”, shutter “kapaat”, and so on. The chances are high that the first few minutes of Camera Threat will make you wonder, “What’s going on?”

Camera Threat premiered at the Berlin International Film Festival, last month, in the Forum Expanded section, which presents “film, video, installation and performative works on varying themes”. It had its India premiere in Kochi, a few days ago, on the sidelines of Kochi-Muziris Biennale. What’s really striking about Camera Threat is that it keeps you guessing, keeps defeating your expectations, and, at the same time, refashioning new ones. “What’s going on?” you may want to ask again, but the film’s determined refusal to simplify itself intrigues you further.

Early on, we see an aspiring actress (Mansi Multani) in the living room of a director (Pushpendra Singh). The power equation between the two is apparent; the actress is nervous and hesitant, the filmmaker self-absorbed and controlling. But this isn’t your regular casting couch scene—at least not in the way it’s shot. Because one half of the frame, which has the filmmaker, is shot on celluloid, while the other half, with the actress, on digital. The mix of grainy and crisp visuals in the same scene makes for a fascinating combination. Besides, at one point, the director talks about “the past, present and future together in the same moment”—precisely what this shot conveys and achieves.

Soon, the actress finds out that the director is filming her through a camera. And this knowledge transforms her. She changes her mannerisms, becomes confident and assertive, even seductive, taking charge of the conversation, unsettling the director. She also looks at the camera and smiles slyly, more than once, making us participants in the scene.

Camera Threat, among other things, is an ode to Hindi masala film. And just like the cinema it doffs its hat to, Camera Threat, too, juggles different aesthetics. There are random shots from B-grade movies and old Hindi films; there’s footage of an old film party; some bits, like the scenes between the actress and the director, have been written and performed for the short. In several scenes, the celluloid and digital images are superimposed on each other; in some, they’re juxtaposed. In some scenes the split frames remain static, in some they shift. At times, half of the screen blacks out mid-scene. The camera in Camera Threat acts like a truant: restless, rebel, carefree.

Camera Threat tackles disparate themes: the transition from celluloid to digital (although it’s refreshing to note that the director, Bernd Lützeler, isn’t overly sentimental about the former); a movie camera’s relationship with the city, Mumbai, and its people; the conventions of masala cinema, which, just like this short, is informed by constant interruptions and calculated randomness; the strivers—directors, actors, technicians—of Maximum City trying to find solace in art. Some parts of the film are factual, some fictional. Camera Threat is a glorious head-scratching mishmash.

Given that Lützeler lives in Berlin, and I in Mumbai, we talk over Skype, but a flakey Internet connection keeps interrupting our conversation. A lot of it is just, “Hello, hello?” and “can you hear me?”—interruptions perfectly in sync with the short itself. After a point, we give up, and Lützeler answers my questions over e-mail.

Lützeler first got acquainted with and intrigued by Hindi masala film when he saw Shahrukh Khan-starrer Chahat on a worn out VHS tape, nearly two decades ago. “Watching such an alien film without subtitles, without understanding the dialogues or the cultural background, was quite different and crazy,” he says. “It was the opposite to the cliché of India promoted in Germany at that time, which was incense, meditation, and smoking pot.”

In the following years, Lützeler kept visiting Mumbai, shooting and collecting material. Some were “16 mm negatives from Chor Bazaar”, “8 mm films shot by tourists in India in the ’1970s and the ’80s”, “VHS from the ’90s”, and his own “digital video and contemporary material”. Slowly, it occurred to him that his material referred to the “film world” in some way. “Only much later in the montage it turned out that the Masala formula—something that had fascinated me for many years—would be the only way to bring these heterogeneous elements together.”

But while Lützeler was working on his short, the world of cinema—its production and exhibition—had begun changing in new, irreversible ways. At that time, “the digitization of cinema was in full swing, but the analogue [celluloid] wasn’t completely dead; it was just about to die,” he says. “And all of a sudden, people working with celluloid, my friends and I, were put in a corner. We were seen as conservative, nostalgic, backward.” As a result, the interaction between digital and celluloid found its way into Camera Threat, but not in a simplistic biased fashion, but in a way that credits both the technologies, and sees them for what they are. “I believe both can co-exist peacefully. And to me, celluloid is not retro at all, but it is often seen as such,” he says. “So Camera Threat also plays with those connotations and expectations. You see grainy footage that is 50 years old, next to footage that is contemporary.”

Lützeler remained impartial to the two mediums—digital and film—till the very end. At the short’s Berlinale screenings, the analog and digital images were projected side by side, from a 35mm and a digital projector, the two images merging simultaneously on screen. Camera Threat is championing neither the past nor the future. It simply seems to be telling us, “Let’s make do with what we’ve.”