It was 'Rajnigandha' (1974), based on Mannu Bhandari’s novel 'Yahi Sach Hai', that brought him to public notice. 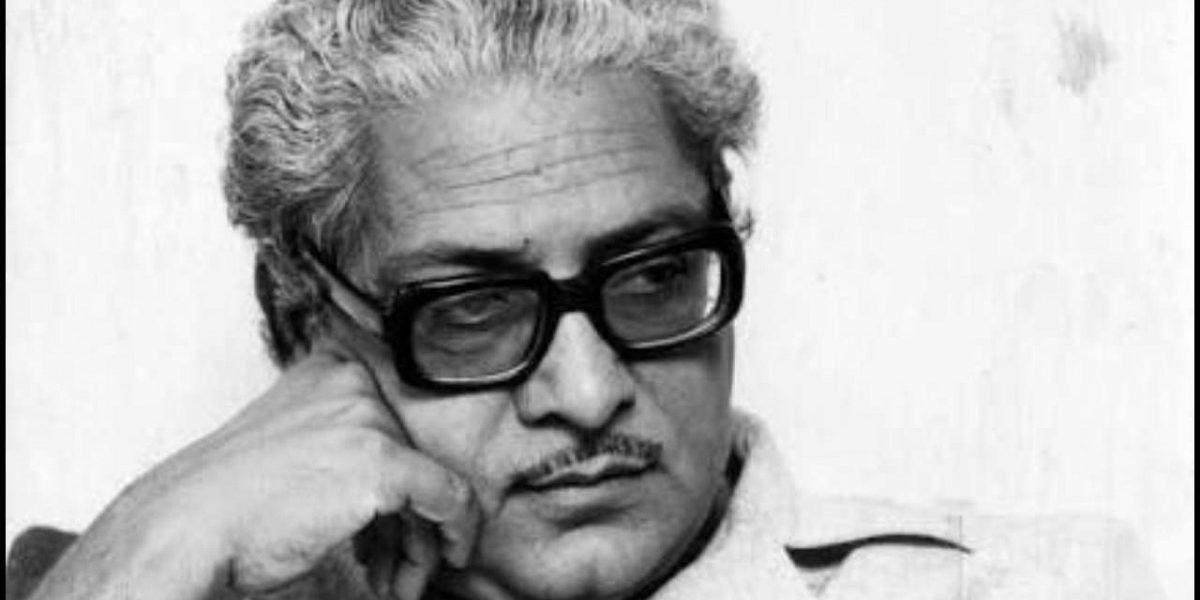 Filmmaker Basu Chatterjee, who passed away on Thursday at the age of 93, was one of the leading lights of the ‘middle of the road’ cinema of the 1970s and ‘80s, which fell in the gap between purely commercial masala and art house films.

In that space, he carved himself a reputation for sensitive films with a light-hearted touch, many of them set in Bombay, such as Chhoti si Baat, Piya ka Ghar and Manzil. His first one, a small gem called Sara Akash (1969), was about a young college student and his wife who have to adjust to married life in a joint family. Chatterjee caught the small town milieu in Agra perfectly and the film got a national award for cinematographer K.K. Mahajan. Trivia buffs will be interested to know that Mani Kaul too acted in it.

Chatterjee was a cartoonist, mainly for Blitz, and his films often reflected his sense of humour. Chhoti si Baat, one of his funniest, told the story of how a shy accountant (Amol Palekar) transforms into a lover boy after some clandestine training from Col Julius Nagrendranath Wilfred Singh (Ashok Kumar) and is able to best his rival Asrani to win over the girl (Vidya Sinha). Film buffs still recall the scene in a Chinese restaurant where Palekar uses chopsticks, which Asrani can’t.

It was Rajnigandha (1974), based on Mannu Bhandari’s novel Yahi Sach Hai, his third film, that brought him to public notice. A love triangle about the dilemma of a young woman (Vidya Sinha) who can’t forget her ex (Dinesh Thakur), a worldly-wise advertising executive from Bombay, but is in love with the sweet but clueless office clerk (Amol Palekar, making his film debut), won the hearts of viewers and critics alike. The film was made in barely Rs 3 lakh, and his later films too were small-budget films, which endeared him to producers.

Chhoti si Baat followed and again, was a commercial success. His next, Chitchor once again featured Palekar as an overseer on a construction project who charms the winsome village belle Zarina Wahab.

Chatterjee’s films were perfect alternatives to the violence ridden mainstream Hindi cinema of the 1970s. Where Bachchan fought villains of every size and shape, Chatterjee’s well told stories were about ordinary, middle-class folks. They looked and sounded real, without being gritty in the manner of the arty New Wave. Piya ka Ghar, an underrated film about a young couple living in a cramped Bombay chawl who crave privacy, is a good example – there was joy and sadness but without needless angst and misery of the tales told by high-minded directors.

Most of all, he knew his Bombay. The films were almost always shot on location and the city, as it was in the 1970s, was lovingly shown; to see the bus shelters, taxis, trains and landscape of the time is to recall a nicer Bombay, without skyscrapers and malls. This song from Manzil, filmed on the rainy streets of south Bombay never fails to evoke deep sighs of nostalgia.

Chatterjee’s films that were shot among Parsis (Khatta Meetha) and Christians (Baaton baaton mein) too were fondly observed rather than offensive, notwithstanding the clichés and again, remind the viewer of the city’s many communities.

Its not as if Chatterjee couldn’t make something dramatic – Ek Ruka Hua Faisla (1986) based on 12 Angry Men was a tense television drama about a divided jury, which, though not as successful as his romantic films, was praised by the critics.

Chatterjee was an early adapter to commercial television, making the hugely popular serial Rajani (1985) about an angry housewife (Priya Tendulkar) who, as a citizen and consumer, takes up cudgels with recalcitrant service providers like telephone repairmen. In 1997 came Byomkesh Bakshi, about the Bengali detective, which again was a successful television serial.

That was his last well-known work. A few more are listed under his name on IMDB, but they did not make any waves. Hindi cinema had new stars, new directors, new sensibilities and the middle-class of post-liberalisation India was not the same as that of the 1970s.