Bangladesh Now, Through the Lens of Mostofa Sarwar Farooki

With a deceptive ease of storytelling, filmmaker Mostafa Sarwar Farooki gets under the skin of Dhaka and its people, exploring the aspirations and fantasies of the lower middle class youth. 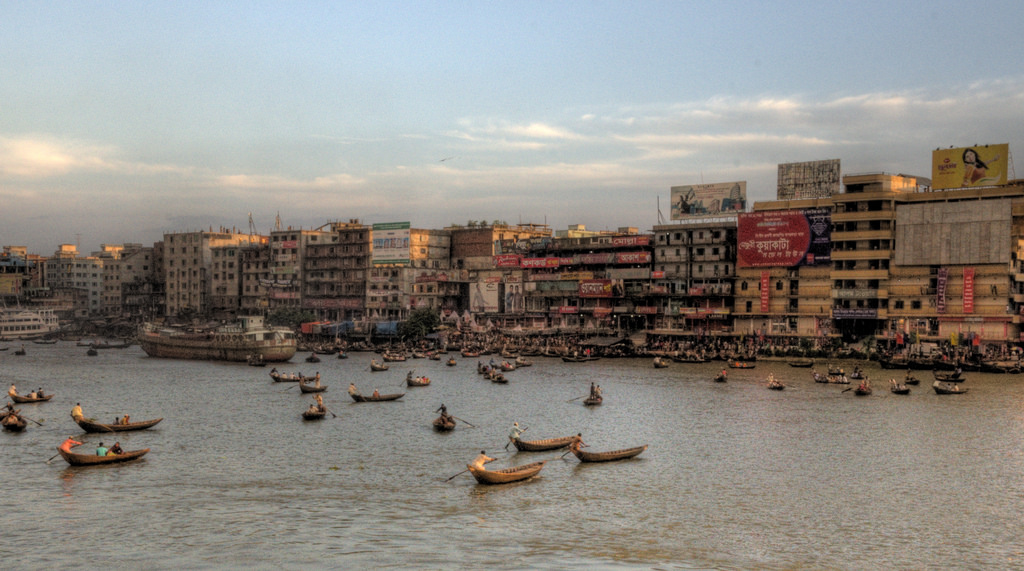 Bangladeshi filmmaker Mostofa Sarwar Farooki knows his pans well. In two of his films released on Netflix in May 2017, he uses the camera pan and the deadpan (expression) with remarkable precision to relay the tragicomedy of his characters’ lives and, by extension, of the worlds they inhabit.

In an early scene in Television (Bangladesh’s entry for the Oscars in 2013), a comical back-and-forth camera movement conveys an exchange between chairman Amin, an ultra-orthodox village head, and his son. Between the two of them stands chairman Amin’s wife, the pendulum relaying the son’s entreaties to his father and the father rejecting them with nothing other than the constant swinging of her head in the directions of the two men. Her face remains deadpan all the while. She speaks only at the tail end of the mini debate on modernity versus tradition, taking the son’s side. The older man would snub her before giving in to their son’s request for a cell phone – purportedly to help with his business, but in reality, a passport for taking his love affair with the beautiful and free-spirited Kohinoor to the next level. 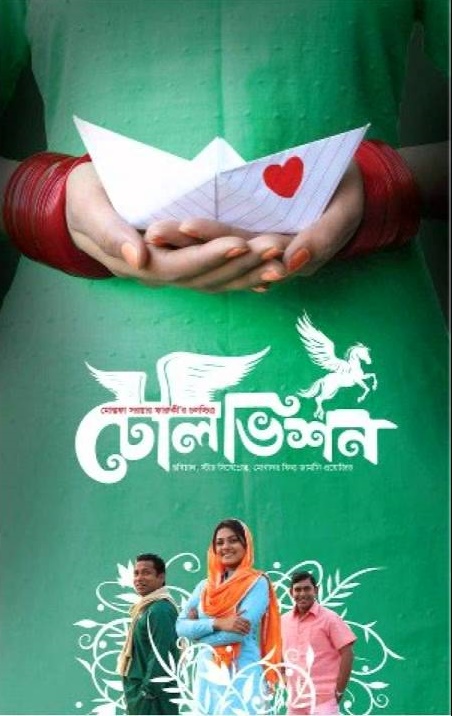 In Pipra Bidya or Ant Story (2013), Farooki’s lens continues to focus on Bangladesh’s near-hormonal socio-economic imbalances. He is is able to get under the sooty skin of Dhaka and its people with deceptive ease of storytelling. There’s the pride of the South Asian degreed male, the aspirations and fantasies of the lower middle class youth, the rise of unscrupulous, get-rich-quick businesses, and the class divides that infest South Asian societies like ants in a sugar sack.

Mithu is a young man with a master’s degree and no reliable employment. Thanks to a cell phone he buys in the black market that actually belongs to a film star, and a compromising personal video in the phone, Mithu’ gets to live out his own fantasy as well as those of many South Asian men. Overcoming his awkwardness, he keeps blackmailing the actress until she’s had enough and threatens to use the underworld against him. His spiral downwards follows quickly, with his company getting booked for fraud and coming under state investigation. Being down in the dumps – quite literally, a grimy clothes boutique being his underground refuge – does anything but rob Mithu of his fantasising fetish.

Instead of allowing the fallen hero self-pity, Farooki brings him an accomplice in the form of the just laid-off husband of his ex-girlfriend. In a hilarious sequence of phone calls that carry faint strains of the Japanese film Tokyo Sonata, the two men exchange fake conversations as a subterfuge for a normal, employed life, before the world.

Yet despite the absurdity and the hilarity of it all, an undercurrent of anxiety invades the viewer’s skin. In Mithu’s evasion of a reality he cannot face, is the story of every man’s urban dilemma. Despite the difference in context, his fears of getting caught and even killed are chilling postscripts of recent episodes of Bangladeshi bloggers dissenting against narrow sectarianism needing to evade their violent detractors, on many occasions, unsuccessfully.

In Television, too, there is a need to run away, but break free from the stifling grip of the village head’s supposedly Islamic command of not allowing TV-watching in Muslim households. The dynamics are dramatically altered when a Hindu school teacher brings home a TV set. Chairman Amin must allow it as Hindus are outside the purview of Islamic rules. Hordes of school children – Hindus and Muslims – flock to his house for private tuition, and even Kohinoor can’t resist the lure of the magic box. 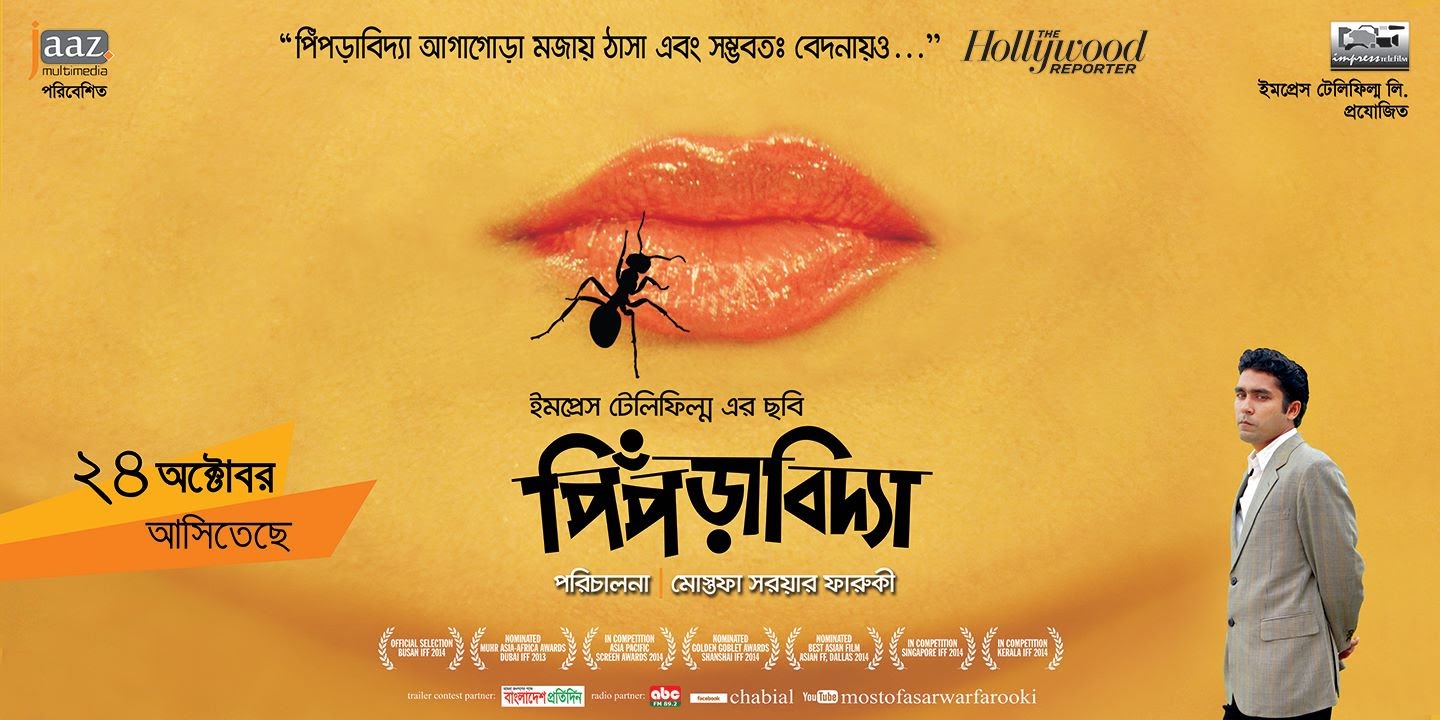 Watching Television was, for me, vicariously rewarding. Shot almost entirely in rural Bangladesh, the film enabled me to visit the verdant, river-blessed lushness I had only known in imagination, based on the stories my grandparents had shared a long time ago. That it came to me via the television itself made the film surreal and apt. That Farooki would use the exact same trope to make his point is a mark of his brilliance.

In the final act of Television, chairman Amin is a defeated man, having been duped by a travel agency that promised him a ticket to go on Hajj. Ashamed to face the people of his village, he shuts himself up in a rented room in Dhaka. As he lies in bed, strains of prayers from Mecca enter his ears. He opens the window and sees a TV set in the room across from his, telecasting the Hajj rites live. He spares no time in getting a hotel staff to turn on the television in his room. He thus attends the pilgrimage of his life, even if remotely, thanks to the very device he has fiercely prohibited all his life. 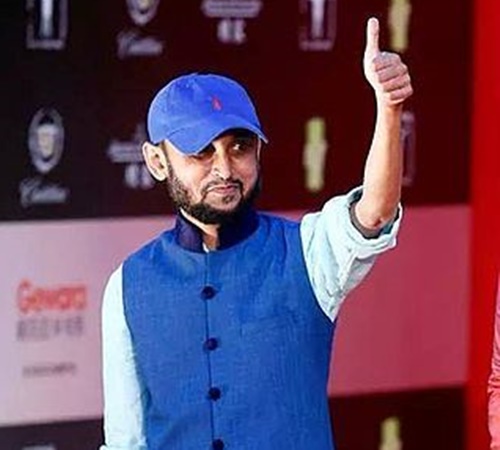 Farooki’s films are rich with symbolism, though thankfully, he neither shoves them down one’s throat nor contrives to include them for cerebral effect. They simply ease into the story – as the moner television (the television of the heart) on which Kohinoor’s lovers are free to view her, defying the ban on actual TVs; or as the ants Mithu sees in his mother’s endless whining, overrunning his head. He would share the love, of course, by becoming an ant himself and creeping up on Reema to rob her of mental peace with his blackmailing.

What holds Farooki’s work together is his nose for satire. He can smell it in the dampness of urban routine (Ant Story) as well as in the stale waters of dogmatic repression (Television). Farooki wrote the screenplay for both the films (jointly with Anisul Hoque for Television), and the inherent humour even within the darkest of scenes make his films entertaining without letting kitsch slop into them.

An uproarious moment in Television is when chairman Amin’s right-hand man promises a novel solution to help with the rising demands from villagers to let them buy TVs. He devises “Halal television” – a kind of TV he’s sure would meet the village head’s inviolable edict. In Ant Story, Mithu sells his company’s scheme to Reema with the promise that it would make the country so prosperous that to find poverty, she would have to visit Shahbag – a not-so-subtle jibe at Bangladesh’s Nobel laureate Muhammad Yunus’s claim of poverty turning into a museum exhibit in the decades to come.

If one hasn’t heard a lot about films from Bangladesh that go beyond the South Asian song-and-dance fixation (with exceptions like Tareque Masud’s The Clay Bird), Farooki gives cine lovers delicious fodder to sit up and take notice. Like the country’s cricket team, this new crop of Bangladeshi films delivers some startling surprises.