Three documentaries that reveal how large fortunes are made and the hubris of tycoons who are out of touch with reality. 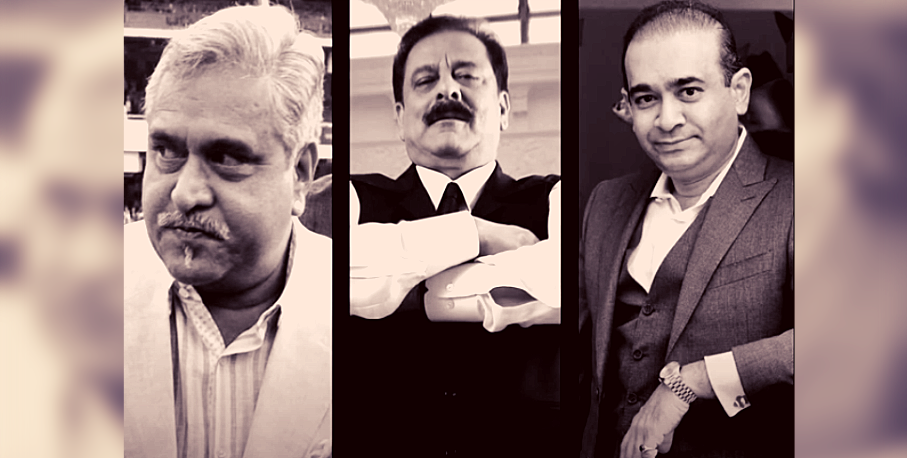 A part of the poster of Bad Boy Billionaires.

Early this year, writer Ta-Nehisi Coates pretended to be a business tycoon for a few minutes.

“Well, you didn’t make those widgets, did you?” she replied. They were made by numerous workers, earning “modern-day slave wages”. Billionaires, she said, leeched off the most vulnerable: undocumented immigrants, minorities, single mothers.

The reaction to such a loaded statement lies in the range flanked by an applause and an eye-roll. It is not about Ocasio-Cortez as much as you — and your faith in capitalism. But a new Netflix docuseries, Bad Boy Billionaires, profiling three Indian tycoons — chronicling their rise and shine, examining their crash and gloom — annuls all ambiguities, for it’s a story of individuals who bled the banks dry.


Spread across three episodes, the series dedicates separate sections to Vijay Mallya, Nirav Modi, and Subrata Roy. (The makers dropped the fourth episode on Ramalinga Raju, the Satyam Computer Services founder, as the Hyderabad Court did not vacate a stay he had obtained.)

Bad Boy Billionaires tells three different stories, yet the commonalities among them are striking and several: the self-image of magnates, the vulnerability of victims, the mechanics of fraud, the convenience of corruption — the private gains, the public loss. Structured in the ascending order of crimes’ severity, the series unfolds like an upward-accelerating high-rise, widening simultaneously. The viewer navigates this piece like an acrophobic masochist on a hydraulic lift, experiencing both horror and delight.

Also read: As UK Becomes a Haven for Financial Fraudsters, How Can India Improve its Extradition Success Rate?

The first episode, The King of Good Times, fixes its gaze on Mallya. It dips into the beer baron’s childhood, telling the story of a man known for his eternal flamboyance.

We meet a boy born into privilege (his father, Vittal Mallya, was the former chair of the United Breweries Group); see his love for luxury toy cars; understand his early foray into business at the age of 28 in 1983, when his father died. It also tells a parallel story of Mallya’s adoptive city, Bangalore, where draft beer had become the currency of cool. Courting an aspirational class in the mid-’80s, Mallya’s business met an economically liberalised country with the force of a destined romance. 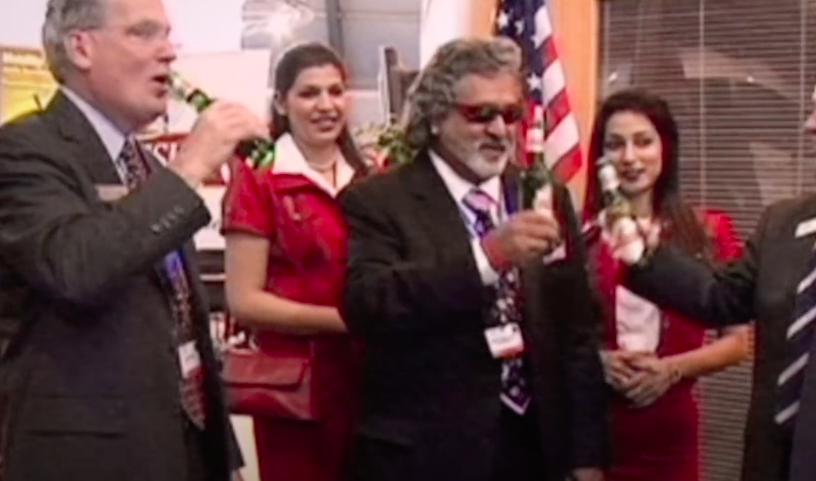 Vijay Mallya in a still from the show.

The King of Good Times, directed by Dylan Mohan Gray, first plays out like a story of youthful rebellion. At the centre of it is a cocksure man winking at societal decorum, challenging political orders: celebrating his wealth with unabashed abandon; subverting governmental gags with surrogate advertising; amping up his ambition with each subsequent business, like a restless bird hungry for new skies.

There’s also a subtle commentary on self-deception and identity — topped by conspicuous irony. Mallya, finding creative ways to market his business, became a brand himself, so much so that the difference between a person and a product vanished with disturbing ease.

It was this collision and coalescence that made his story dark. Gray defogs Mallya’s loud, quirky persona to reveal a petty businessman with zero remorse. Someone who invited Enrique Iglesias for his 60th birthday bash, in 2015, when he hadn’t paid his workers for long. A man whose employee’s wife died by suicide, because her family had no money.

Someone so out of touch with reality — buying IPL and Formula One teams in the midst of plummeting economic fortunes — that the final picture doesn’t resemble a “King of Good Times” but an ugly conman drunk on delusion and denial. But given that this episode is a smooth chronological sweep, Mallya’s drastic transformation demands some explanation, a peek into his psychology. Dylan tries, by interviewing his old friend Shobhaa De, but her answer — that “it’s the kid in him that gets him into a lot of trouble” — is glib and unconvincing, tainting an impressive piece with a glaring false note. 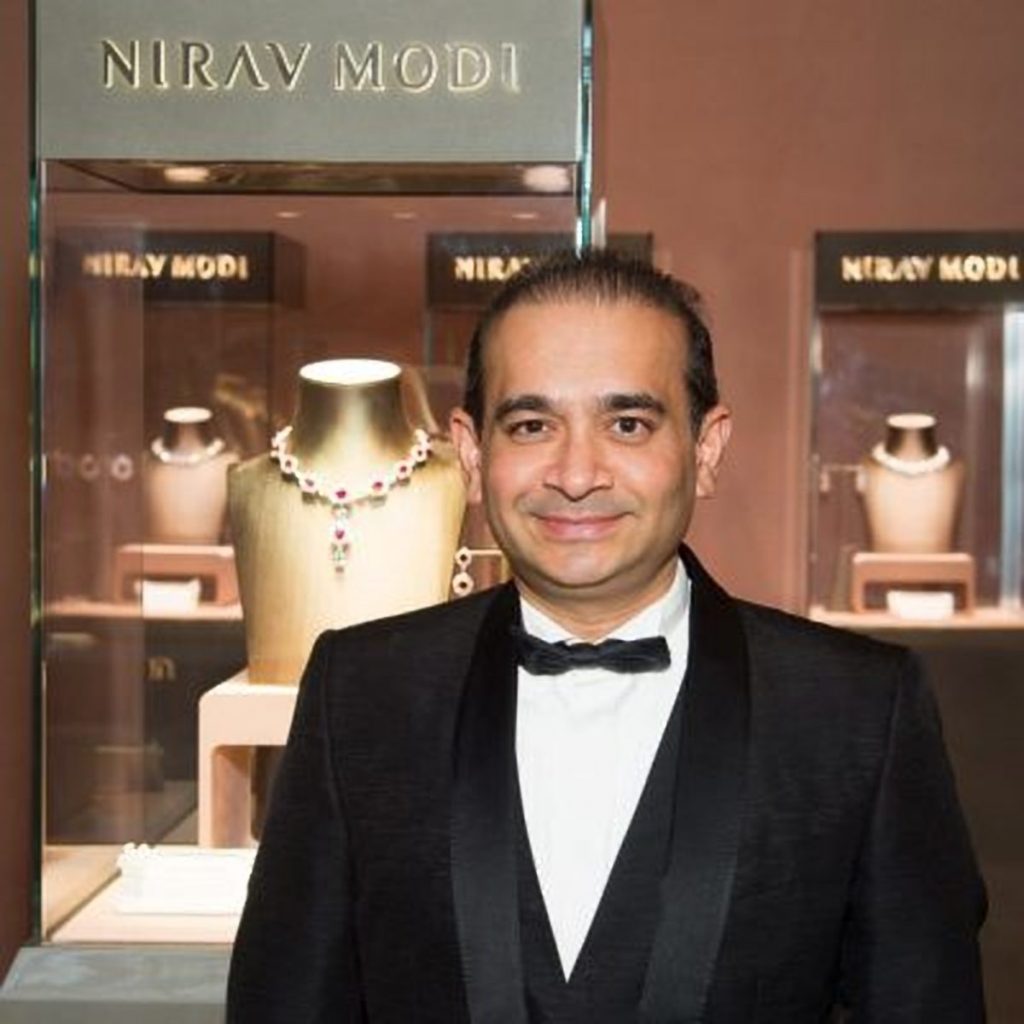 The next episode, Diamonds Aren’t Forever, is centred on diamantaire Nirav Modi. Unlike Mallya, Modi’s ascent is not as known, because the diamond traders have been secretive and clannish for long. But the similarities are plenty, starting with a Mallya-like figure in Modi’s life, his uncle Mehul.

Modi’s jewellery stores, like Kingfisher Airlines, couldn’t generate enough revenue. So, the hushed whispers gained momentum, “Where is the money coming from?” Even the respective answers to these questions mirrored each other: from the state-run banks — Industrial Development Bank of India for Mallya, Punjab National Bank (PNB) for Modi.

Bribing PNB officials for six-and-a-half years, Modi obtained Letters of Undertaking — allowing him to raise money from the bank’s foreign branches — without paying any cash collateral.

Modi’s story, again like Mallya’s, is one of “self-confidence” and “pride in new India”, where the ‘lalas’ live in la la land, free from accountability and repercussion. If the Mallya piece was suffused with archival footage and personal details, then this episode heavily tilts towards the side of a newsreel, more interested in being a straightforward informative piece, than a psychological portrait.

But filmmaker Johanna Hamilton elevates the material by examining the human cost of the Rs 28,000 crore scam. She interviews two factory workers from “Nirav sir’s” company, Firestar Diamond, who sound grateful for the employment opportunities, call him “God-like”. It’s a poignant subplot that reveals the discomfiting dynamics of an employer-employee relationship in a country like India, where the poor give the rich an unending long rope. Even though the workers are owed money, they are not bitter and continue to harbour hope: that one day, someday, they will get their dues.

The final episode, The World’s Biggest Family, is about the Sahara India Parivar Chairman Subrata Roy. It’s a fitting finale to the series, because the nature and the victims of this scam — a chit-fund scheme involving three crore people, most of them impoverished, under the umbrella of a corporate ‘family’ — is ginormous, disturbing, and uniquely Indian. This segment starts in 1978 in an Uttar Pradesh village, where Roy convinced the poor farmers to invest in his company. This episode is by far the best of the lot — it tells a riveting story; it is politically charged and cinematically accomplished. Director Nick Read does an impressive job of encapsulating its visual and emotional pulse — filming the despair of people in both villages and cities, who fell for Roy’s charade — depicting the fraud’s large extent. 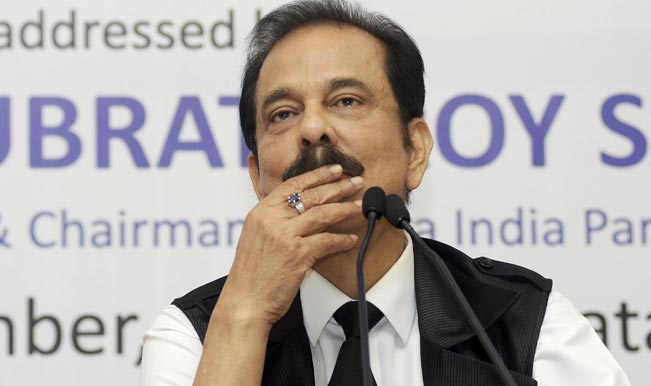 The commonalities, here too, are quite obvious. Like Mallya and Modi, Roy considered himself invincible. Like them, he thrived on the taxpayer’s money. Like Mallya, he enjoyed spotlight and pomp. But unlike them, he did something more sinister. Posturing as a benign patriarch, he feasted on his own children. His megalomania was unparalleled, too, floating an enterprise that resembled a cult more than a corporation. Mallya and Modi, for all their depravity, at least sold products; Roy built his empire on phantom promises.

Even though he was a pre-liberalisation phenomenon, Roy perfected the art of public perception like a committed demagogue: relying on the media to spread propaganda, using nationalism as a distraction, heightening emotions and disregarding facts. The episode does a masterly job of deconstructing the man, probing the terrifying consequences of unchecked power.

Roy didn’t just think that he’d get away with it — he indeed got away for decades — ultimately becoming someone who dared to mock the Securities and Exchange Board of India, even the Supreme Court. Roy’s deliberate deflection and outsized self-belief was so ridiculous that even Arnab Goswami, then an anchor in Times Now, was baffled by his nationalist shtick. But if the power trip made Roy soar then, much like Mallya, it crushed him, too.

This docuseries comes at an opportune time, when the income inequality has reached stratospheric levels in many countries, prompting conversations about the true worth of billionaires. Mallya, Modi, and Roy not just took “billions of dollars” but also assets that couldn’t be quantified: steady paychecks, retirement funds, lifelong savings, the small dreams and big hopes of ordinary people. They frequented cremation grounds and lit their cigars — and then whined about the intensity of the flame.