'Mukkabaaz' Fails to Go Beyond the Surface of Caste Realities

Despite a few remarkable aspects, Anurag Kashyap's latest resorts to old tricks to regale and hook us. 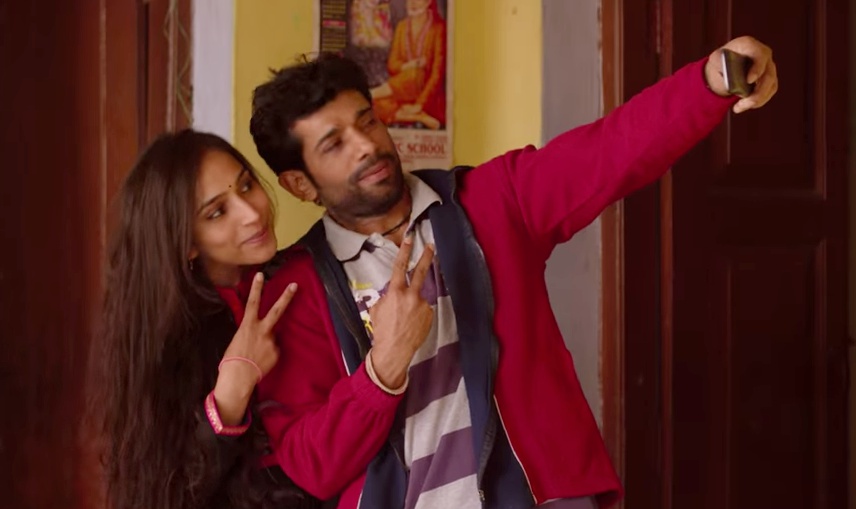 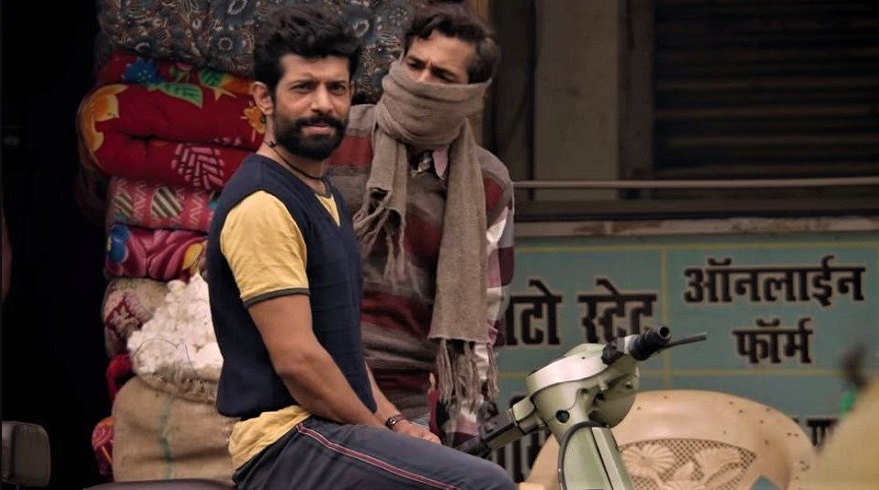 Vineet Singh in a scene from Mukkabaaz. Credit: Youtube

Hindi cinema is largely dynastic, built on the shared fortunes and opportunities of a select few. As its inner circle expands, with the inclusion of new family members, its front – the entrance to the fortress – remains as forbidding as ever. The ones outside, the ‘strugglers’, hail from different parts of the country, belong to different backgrounds. But the ones inside, financing, directing, and acting in films share a vital commonality: They live in Mumbai and belong to a particular class – and caste.

Yet Bollywood films hardly acknowledge their makers’ vantage point. Their characters are devoid of caste, live in a world that isn’t inherently unfair. A happy climax, especially in love stories, is almost always possible, achieved by surmounting differences. It is an equal-opportunity world. It is, unlike the industry created by the Bollywood bigwigs, fair. This isn’t an aesthetic choice but indifference, an act of rendering the visible invisible.

Anurag Kashyap’s latest, Mukkabaaz, is a love story, but has no Rahul, Raj, or Prem. There are Mishra, Singh, and Kumar instead. In Mukkabaaz, the surnames make the first names inconsequential. Here, caste represents both honour and shame. It determines your social currency, what you can aspire and what you cannot. It seals your life’s outcome, even before you’ve lived it.

Mukkabaaz’s lead, Shravan Singh (Vineet Singh), wants to land knockout punches and fall in love in such a world. But Shravan is a Singh – a Rajput or a Bhumihar, depending on who’s judging, not a Brahmin, and, as the film’s villain says, “These days, even the lower castes like to call themselves Singh.” His nemesis, Bhagwan Das Mishra (Jimmy Shergill), is an ex-boxer and a local don, capable of pulling political strings. But more importantly, he is a Mishra, a Brahmin. He sets the rules of the game and decides who gets to play. Very early in the film, Shravan, who under Bhagwan’s aegis isn’t learning boxing but buying meat and chopping onions, does two unthinkable things: He punches Bhagwan and falls for his niece, Sunaina (Zoya Hussain).

Like many Kashyap’s films, Mukkabaaz is defined by dichotomies and subversions. They inform the title, with “Mukka” written in Hindi, “Baaz” in English, and wrap several key scenes. Brute masculinity and feminine gaze occupy the same frame. Shravan pummels Bhagwan’s underlings, as Sunaina watches from a distance. The only sound in that scene comes not from Shravan’s punches but Sitar’s strings. Crude has suddenly become tender and comical. When Shravan and Sunaina see each other in the market, he ultimately feels shy and looks away; she continues looking. Violence and comedy often commingle; even the small disagreements – whether familial or romantic – are laced with humour. Shravan, who lives in Bareilly and likes to flash a victory sign while clicking a selfie, later trains near the ghats of Benaras, with a rap song in the background. The dialogues, a spine of any Kashyap drama, have a delightful David Foster Wallace-ian quality to them, mixing high and low art, blending ordinary gravitas with the Hindi heartland argot – “bhaanjhna (bragging)”, “garda chhudana (humiliating)”, “baurana (going crazy)”; the list of such words is long and they make the lines authentic and funny.

These details help elevate the film but they can’t make it. A garnish is just that, a garnish; it cannot be the meat itself, which is where the problem lies. Mukkabaaz’s core is the intertwining of the personal and the political, how the sordid realities of caste shape and shift lives. This interplay had promise, especially because Hindi romantic dramas are oblivious to the darker sides of life. But the film’s personal – the rivalry between a boxer and an ex-coach, an everyman and a strongman – struggles to stoke curiosity beyond a point, for its barebones are age-old.

Shergill’s Bhagwan Das is an opaque villain. He is casteist, misogynist and violent, and there’s nothing more to him. No one will deny that people like him don’t exist – especially in the case of Mukkabaaz, which is inspired by a real story. But cinema needn’t always be ‘real’ for it to be enjoyable. There’s a case to be made for reflected or apparent truth, which doesn’t genuflect to reality but interprets and embellishes it. As a result, Bhagwan Das is a competent representation but an unremarkable embodiment, dimming Mukkabaaz’s shine. Besides, Bhagwan Das employing different means – verbal, physical, political – to unsettle Shravan are stale and predictable, central to countless good-versus-evil fares.

Then there are other bits that are embarrassingly reminiscent of old Hindi films. When an opponent dominates Shravan in the ring, he falls down – only to get up when he sees Sunaina. This scene suited the 1992 melodramatic drama Jigar but looks out of place here. Another scene, involving a female character under the influence of drugs in a villain’s den, reminds us of an even older film, Jaanbaaz. Kashyap’s films often reference Hindi cinema in intelligent amusing ways – and Mukkabaaz has at least three such scenes – but these portions are different; they lack self-awareness and humour, are by-products of banal storytelling.

The ineffective asides, and a monochromatic villain, could have weakened the hero, but a wronged 29-year-old Shravan, who realises that boxing can be a route towards upward social mobility, a chance to work for the Indian Railways on sports quota, burns in different flames. Shravan is fearless, hopelessly in love, angry. Singh switches between these modes with impressive ease, confidently helming the film. But Mukkabaaz’s highpoint is Ravi Kishan, Bhojpuri cinema’s star, playing Shravan’s coach, who recognises a potential personal triumph in his player’s victory: obliterating the life-long scars of being, as he’s forced to admit by Bhagwan Das, a Bahujan.

But more importantly, Mukkabaaz’s portrayal of caste divide lacks nuance. We know that transcending the restrictive social barriers, shaking the ones in power, can lead to disastrous consequences. We know that we can be lynched for eating the wrong meat, worshipping the wrong animal. We know that resistance is futile; that there are no absolute and grand victories, only smaller failures in a world we’ve already lost. We know that the only true Brahmin in this country is money. Mukkabaaz presents a sliver of these realities but rarely goes beyond. Good films don’t just reinforce unpleasant truths but help us make sense of them. They build on conversations not just reproduce them. There’s one kind of filmmaking that’s on the nose, which Mukkazbaaz isn’t, but it’s definitely on the surface, content in scratching not searching and clawing. Moreover, the film’s response to the perverse social inequities materialise through simple satire – either through a title card that reads, or a character that says, “Bhaarat mata ki jai” – that is too literal and devoid of context.

What is equally worrying is that Mukkabaaz presents a director who shows signs of flagging confidence, resorting to old tricks to regale and hook us. A few remarkable aspects of Mukkabaaz – the exploration of Hindi heartland, the emasculation of characters, sounds divorced from visuals – have lit up several Kashyap productions. Two scenes in particular, a garish Nawazuddin Siddiqui singing a wedding song and a man dressed up and dancing in a sari, follow the footsteps of scenes in Dev. D and Gangs of Wasseypur. Repetition of isolated scenes and distinct devices indicate laziness and shouldn’t be mistaken for a filmmaker’s voice. In several funny scenes, the background score does the heavy lifting, acting as cues nudging us to laugh. Even the boxing scenes, barring a brief stretch in the climax, lack punch. They concentrate less on the game, more on the reaction shots of spectators (especially Bhagwan Das). At other times they’re filmed with a titled angle, close to the ground, where the ring’s ropes obscure the players.

Till 2014, the year Ugly released, Kashyap’s films seemed like sporadic fireworks in the sky. When they burst, they dazzled, bright and sharp in parts but underwhelming as a whole. But since then, even the moments have begun to dwindle, starting to lose their charm. It has been an unfortunate detour – a promising director losing his way.