'Anaarkali of Aarah' Is Witty, Feisty, Fearless in Narrative and Execution

The film seethes with anger about gender disparity, but it makes its points without sacrificing the film’s plot or resorting to preachy overlong platitudes. 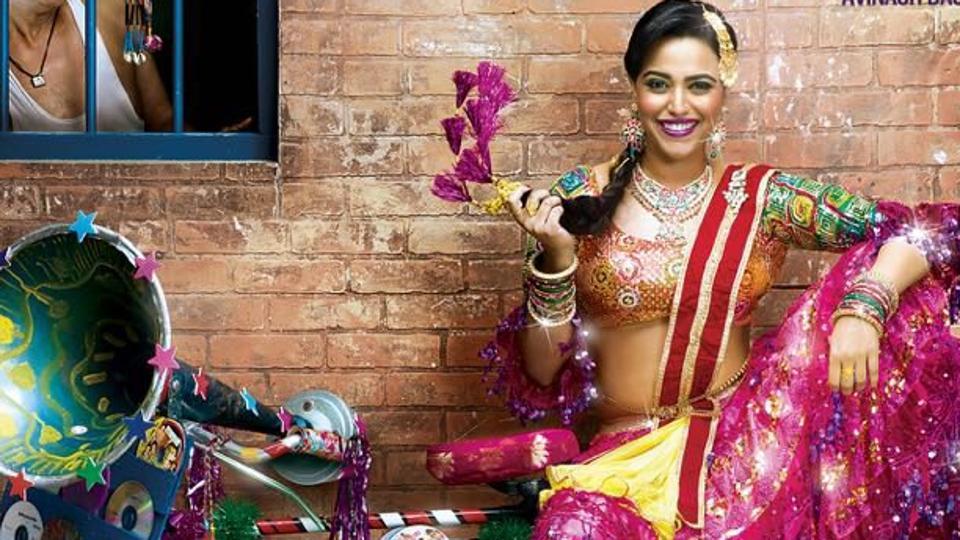 Anaarkali (Swara Bhaskar) knows she’s pretty. The lead performer of Rangila Orchestra Band Party, a singer and dancer par extraordinaire, Anaarkali knows she can make heads turn. When she sings and dances on stage, people stand up and cheer; some even break into a twist. When she walks towards the market, a bunch of young men standing in the corner of a gully eye her, and she doesn’t mind the attention. When she buys lipstick from a shop, the shopkeeper can’t keep his eyes off her, and, taken in by her presence, recites two poems; Anaarkali lets him have his tryst with poetry, smoothly manipulating him to get a free lipstick. Anaarkali knows the power she has over men, and she’s too smart to not revel in it.

The Anaarkali in Anaarkali of Aarah, also starring Sanjay Mishra and Pankaj Tripathi, is witty, feisty and fearless. And every time she shuts up a (powerful) male, you feel like a member of one of her audiences, wanting to let out a wolf whistle. What’s also remarkable, and important, is that Anaarkali isn’t a paragon of ‘virtues’– definitely not in the way we’re conditioned to understand them. She smokes, she swears, she has casual sex. She wears big garish yellow glares when she goes to a theatre. She also dances to bawdy Bhojpuri songs, but what Anaarkali doesn’t like Anaarkali doesn’t do.

Set in a small town of Bihar, Arrah, Anaarkali of Aarah gets the pulse of the place and people right. Arrah, without Anaarkali, is a sleepy little town, where people have enough free time to indulge in a casual hello or chitchat. A man, for instance, asks his daughter-in-law, a Ph.D in Sanskrit, to recite a shloka (and its translation) in front of a local college’s vice chancellor – there’s a chance that he may get impressed and offer her a job.

Later, that vice chancellor, Dharmendra (Mishra), a powerful man who knows the the chief minister, is stopped by his underling from watching an Anaarkali show, because now he’s become too big a man for a local dancer. As Anaarkali is performing at a show, where Dharmendra is the chief guest, a cop sits next to him in the front row, ingratiating himself with the vice chancellor. The film is always alive to these small moments, which reveal tiny but vital details about the place and its people. Anaarkali of Aarah is also a crucial reminder of the fact that a film is not just its characters, plots and dialogues; but also its milieu – sometimes a peek into an India that not many know about. Anaarkali of Arrah is what many Hindi films are not: intellectually curious.

Bihar, for obvious reasons has never figured highly in the list of Bollywood filmmakers. And when Hindi films turn their eyes to Bihar, it’s mostly an excuse to milk the mannerisms of its people and lingo for comic effect. (Gangs of Wasseypur is an exception.) It’s as if Bollywood filmmakers have reduced an area, and its people, to a sub-genre of comedy. But Anaarkali of Aarah is different. It’s a film that doesn’t laugh at its characters, but laughs with them. When Anaarkali walks the streets of Arrah, with a strut that is only hers, a playful Bhojpuri song underscores the scene, complimenting the on-screen jubilance. Moreover, the stage performances (the ‘item songs’) in the film aren’t shot – or looked at – ironically, neither are they patronisingly dismissed as ‘kitsch’. Anaarkali of Aarah shows us Arrah and its people, and it seems to say that their emotions, their celebrations and their worldview exist – that they’re valid. In more ways than one, it’s nice to know that a film like this exists.

It’s also heartening to note that this movie is led by Bhaskar who has consistently chosen challenging parts—and played them well. However, she should especially feel proud of this role and her performance. Bhaskar plays Anaarkali with so much verve, joy, and anger that it’s impossible to not feel intrigued by her and, ultimately, the film. In a culture where most heroines are reluctant to identify themselves as feminists, Bhaskar’s is a role that will remind them that the F-word is no longer dirty.

https://www.youtube.com/watch?v=RlDfRvkk0vo
Anaarkali is doing well in Arrah; she’s popular, has a lot of fans and earns fairly well. It’s only a matter of time, though, that bad times befall on her. And it unfortunately they do in the most predictable way possible: She’s punished for being a woman. At one of her shows, a very drunk Dharmendra gets up on stage and starts forcing himself on her. Anaarkali tries fending him off, but when he doesn’t stop, she slaps him. The power equation in this event tells its own story: a woman slapping a man, a woman slapping a powerful man, a dancer slapping a vice chancellor.

What follows next is unexpected: the people around the vice chancellor – his associates, cops, even Anaarkali’s friend and business partner, Rangeela (Tripathi) – do everything they can to protect the status quo, the man. But Avinash Das, Anaarkali of Aarah’s filmmaker, directs this portion with a lot of smarts. In the vice chancellor’s Arrah, misogyny and patriarchy aren’t remarkable, but a way of life, unfolding as a law of land, in the most natural way possible. The dangers in this world, if not permanent, are always pervasive, and they can take different forms: constables who beat you outside a police station, the predatory gaze of men, a landlady who can render you homeless. Even Rangeela, Anaarkali’s well-wisher, who understands her predicament, is a male chauvinist, someone who can’t take a woman’s ‘no’.

Equally importantly, Anaarkali of Aarah is not just a notable film because of what it is about, but also, to quote American film critic Roger Ebert, ‘how it is about what it is about’. Anaarkali of Aarah is seething with anger about the gender disparity in our towns and cities, and it makes its points without sacrificing the film’s plot or compromising its inner-world, or even launching into preachy overlong platitudes. It is, however, very refreshing to see a Hindi film hero exude untrammelled anger – and more so if that hero is a woman. At one point, Anaarkali – after an altercation with Rangeela, who’s just paid for her bail – walks out of the jail to confront the vice chancellor. On the way, she sees a man peeing on the road, his cycle standing near by. Disgusted by and miffed at men in general, she steals his cycle and sets off. The best part about Anaarkali’s fight is that she’s barely correct and composed; she’s pissed off, and she wants the world to know that.

The film also doesn’t take the easy way out and paint all men as predators. There are some who respect, admire and love Anaarkali, and she’s happy to be with them. One of the most wonderful scenes in Anaarkali of Aarah is centred on a love story, between Hiramani, a Bihari who lives in Delhi, and Anaarkali. Hiramani (Ishtiyaq Arif Khan) is the kind of man who, in a typical patriarchal world, may come across as meek and timid – or someone who’s weak or, worse, less manly. But it’s a delight to see a character like him (performed with charming simplicity by Khan) in a Hindi film: a middle-aged man who gets conscious in a woman’s presence; someone who considers himself lucky because love has finally, at last, touched him. The scenes between Anaarkali and Hiramani – on a terrace, in a rundown food joint, near the shore of a lake, two people trying to figure out the big Indian city – remind us that many stories of ordinary Indians remain undocumented.

The only quibble, though, is the film’s background score, which, in several scenes, is a little too dramatic and overlong, nudging us hard to sympathise with the characters. A film like Anaarkali of Aarah doesn’t need a crutch like that. Just like its eponymous heroine, who doesn’t need a Salim, either.