Amitabh Bachchan, a Colossus and a Master of Reinvention

Seeing him in 1970s parallel cinema remains one of the biggest 'what-ifs' of his impressive career. 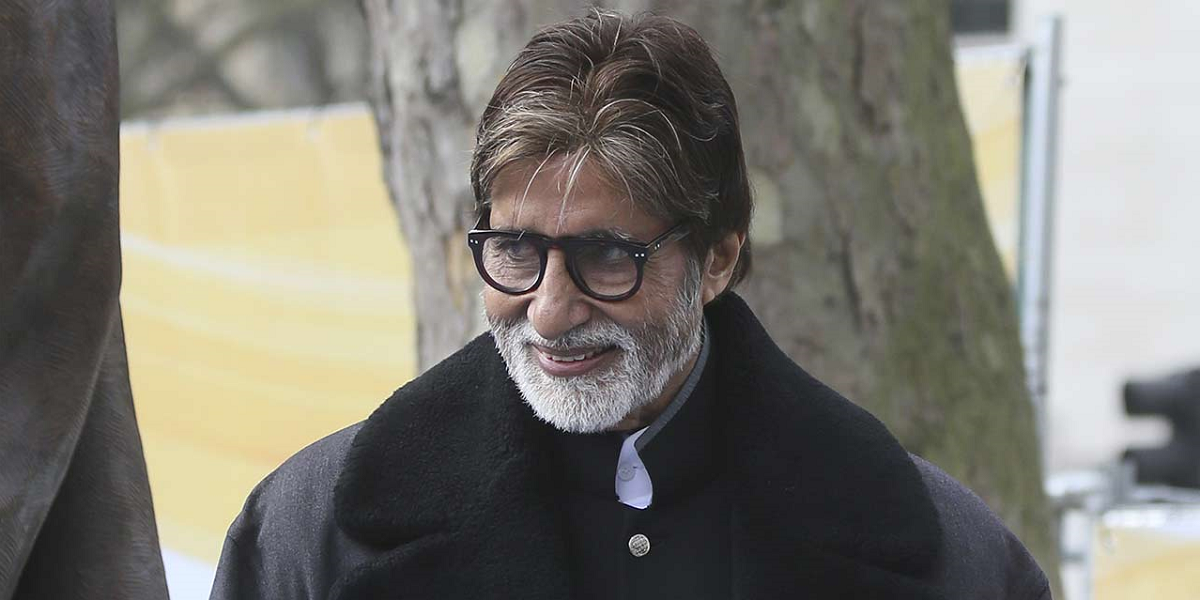 It is most appropriate that this year’s recipient of the Dadasaheb Phalke award, given annually by the government to a distinguished film personality, is Amitabh Bachchan. If anything, this should have happened earlier. There is much to carp about Bachchan and his (filmy) career and lately, he makes news for his public stances on issues (and often lack of public positions), but no one can deny that he is a colossus of a kind never seen in the Indian film industry.

The Phalke award has traditionally gone to personalities who have more or less retired – Bachchan has not. Well into his seventies, he is still active and busy as ever, acting, doing television shows, modelling and tweeting. He still blogs every night, uploading photos and writing on whatever takes his fancy. His fan base is still intact and younger directors still want to cast him in his films – they are probably living out their own fantasies of directing the man they grew up watching.

Bachchan will say: “I am a regular worker – I get up in the morning and go to work and am happy that I am still employed.” But, that exaggerated humility hides a canny and thinking mind – over the years, Bachchan has constantly reinvented himself, coasting the waves to always move ahead, often taking chances and capturing a trend before others react.

Much before the big film stars woke up to the immense possibilities of television, Bachchan was out there, on a quiz show which introduced him to a new generation. On Kaun Banega Crorepati, Bachchan displays an empathy that instantly connects him to the person in the hot seat, usually someone who has come from a small town and is in awe of this megastar. That barrier is soon broken when Bachchan makes them feel comfortable and, on occasion, hugs them.

Similarly, he has travelled a long way from his ‘angry young man’ days, a persona that clicked with a generation reeling under the hardships of the 1970s and then the Emergency, to the current father (and grandfather) figure who embodies trust, reliability and tradition. From fighting against the system, he has become the system. (Becoming the brand ambassador for Gujarat Tourism during Narendra Modi’s chief ministership certainly showed his pro-establishment side.)

But the Phalke award is given for contributions to the film industry and it is his film career we need to assess. Can we say he has been equally adventurous there? Will Bachchan be remembered as a great actor – which he certainly is – or as an actor who was ready to take risks and stretch his potential to the maximum? Was he ready to step out of the mainstream and offer his skills to smaller, more intimate films?

How many of the more than 200 films, starting with Saat Hindustani (exactly 50 years ago), will be remembered as classic cinema? There is Deewar, of course, and Zanjeer and Sholay and Amar Akbar Anthony and Anand, all fine films that we can enjoy even now. I repeatedly watched Amar Akbar Anthony while writing a book about it and saw nuances each time – Bachchan, who till then was doing only intense, angry roles, was effortless in his rendition of the street-smart Anthony Gonsalves and the mirror scene, seamlessly done, will remain among the best comedy sequences of all time. It was, like with most of his roles, a highly intelligent performance, something that distinguishes him from his peers and the generations that came after him.

A collage of posters of Amitabh Bachchan’s best known movies.

But I speak as a fan when I say that one of the great regrets as a viewer is that Bachchan did not act in any parallel cinema at a time when it was thriving. That’s no crime – it was his personal choice and he chose to remain in the mainstream, masala film orbit. But it is one of those great ‘what-if’ questions – imagine a Benegal-Bachchan, Saeed Mirza-Bachchan or Mrinal Sen-Bachchan combination!

Waheeda Rehman in a Satyajit Ray film was sublime, and many others too acted in similar films. Bachchan, who was ready to leverage his stardom to act even in drag, knowing that his fans would accept him, disappointingly did not foray into that universe which was thriving when he was at his peak. His work with Hrishikesh Mukherjee comes closest, but it is still safe territory.

This may sound like needless criticism, especially on a day when he has received such a high honour, but it isn’t. In the 1970s and even later, the parallel cinema crowd did want to work with him but it never happened. It is not as if Bachchan’s credibility floundered because he remained in the Manmohan Desai-Yash Chopra-Ramesh Sippy circuit – they gave him solid, author-backed roles which he excelled in. In Shakti, he soared to ever greater heights, no small feat when pitted against Dilip Kumar; but by then, the movies and his roles were becoming somewhat predictable and though Bachchan was as superb as ever, holding the viewer’s attention, a Coolie or a Mard or a Sharabi will not be remembered as among his greatest.

Also Read: The Discreet Charm of Being Amitabh Bachchan

Since then, he has rarely been off the screens and while the loud, vigilante films of the 1980s are best forgotten – and the Karan Johar family dramas are somewhat of an embarrassment – he has shown vintage form in Cheeni Kum, Bunty aur Babli and Black. He even took a big risk with Paa, as a young boy who suffers from a rare genetic defect. Even the cameo in The Great Gatsby was terrific. But there is also Ram Gopal ki Aag and Jhoom Barabar Jhoom to account for.

All actors have some great films, some above average and a lot of dross. Bachchan is no different and he will always be known for his best, not his worst. Fans can be forgiving and it is admittedly unfair to expect him to have pleased all their expectations. The Dadasaheb Phalke award has gone to the right person. Yet, looking back, a pang remains about missed opportunities in an era which also gave us some memorable arthouse films – Bachchan would have enhanced them beyond compare.