'Ajeeb Daastaans' Review: A Mixed Anthology Bag With the Breezy and the Heavy Handed 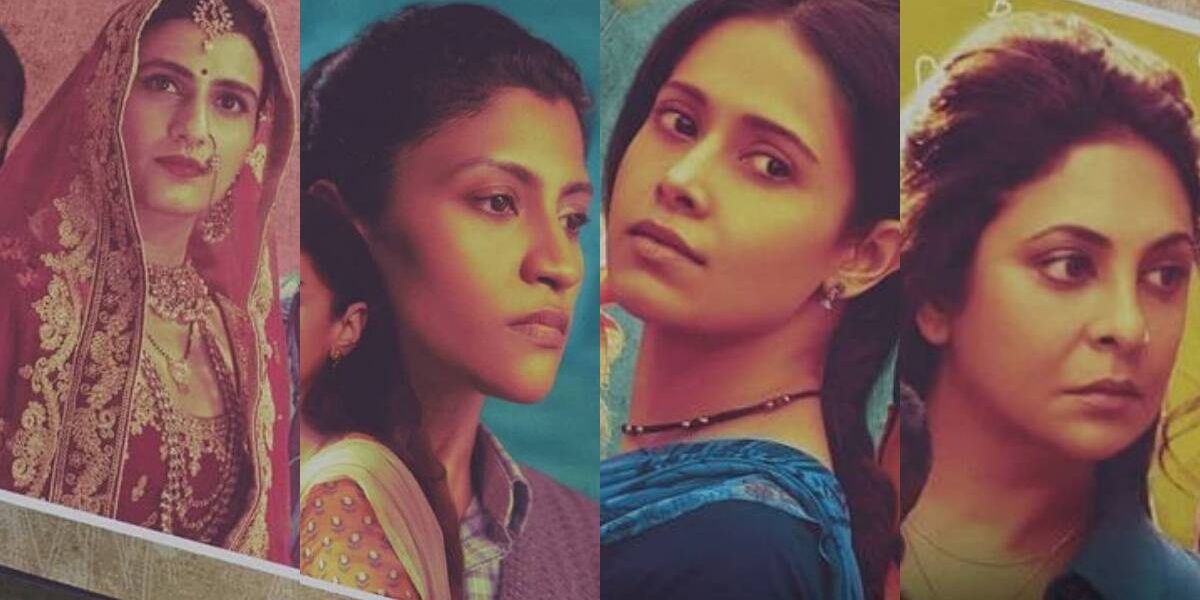 The new Netflix anthology, Ajeeb Daastaans – produced by Karan Johar and the streaming website – according to a blurb on it, is a mélange of “unexpected catalysts” inflaming “the uncomfortable emotions simmering under fractured relationships”. That verbose logline also sounds muddled and vague. But the (inelegant) title at least prepares you for one expectation: ‘off-kilter’ stories.

No filmmaker takes that brief more seriously than Shashank Khaitan, helming the short, Majnu, the first film in the four-part anthology. Set in Barabanki, the segment opens to a couple in a haveli: Babloo (Jaideep Ahlawat), a rich and shady businessman, Lipakshi (Fatima Sana Shaikh), a politician’s daughter. Their marriage resembles a business alliance – benefitting their parents, arranged without the couple’s consent – and Babloo tells her on the first night that he’ll only fulfil the nominal duties of a husband. The lead characters are flat and bland, and even the otherwise sincere performers, Ahlawat and Shaikh, can’t elevate them. Babloo frowns and intimidates; Lipakshi seduces and flirts. Her latest object of admiration is Raj (Armaan Ralhan), the son of Babloo’s driver who, about to fly to London, ends up working for his father’s boss.

Majnu, even with a runtime of 31 minutes, tests your patience. Its monotonicity – induced by stagnant characters, stock scenes, stale themes – is only rivalled by its condescending gaze. Time and again, Khaitan injects humour in the piece by deriding a ‘side character’ – a marginalised figure, both in the story and in the society. Babloo’s accountant’s limited comprehension of English becomes a joke (which is further heightened by him saying “phuck”). A conversation between Raj and his father is interrupted by his mother (saying “aye, sut up!”) who doesn’t want to get disturbed while watching – surprise! – a TV serial. Raj tells a friend, during a banter, that, “You look like a driver.”

But these complaints pale in front of the ultimate twist: a plot turn so random, so contrived, so synthetic, that it seems to have resulted from a truth-or-dare game. That’s not all: there’s another twist, which is almost as incredible and ludicrous – held afloat by embarrassing means – reducing the short to a juvenile revenge story. Majnu is the kind of movie whose screenplay will make even the casual watcher go, “Man, at least pretend to try.”

The second piece Khilauna, by Raj Mehta, at least tries. It revolves around a domestic help, Meenal (Nushrratt Bharuccha), and her younger pre-teen sister, Binny (Inayat Verma). They frequent the shop of a local clothes presser, Sushil (Abhishek Banerjee), which irks the residential locality’s secretary, Vinod (Maneesh Verma). (Meenal is having an affair with Sushil; Vinod lusts after her.) Meenal’s house has no electricity for days; someone stole her ‘katiya’, and only Vinod can help her.

Juggling between the past and present, where cops torture Meenal and Sushil for committing a murder, Khilauna builds some intrigue. But Mehta, like many Indian short fiction directors, is fixated on a climactic twist. That obsession is not without a reason: with a reduced runtime, a memorable kicker can make a short powerful and broad. But Khilauna, like Majnu, has a twist ‘designed’ to shock and disturb (or rather, s-h-o-c-k and d-i-s-t-u-r-b). In fact, these shorts indicate that the filmmakers first conceived the ends and then worked backwards to find the rest of the stories. Khilauna, as a result, feels hollow: Its climax, trying hard to be clever and gory, is predictable. These are not strange, as much as disjointed, shorts: their ends don’t recogonise the means. 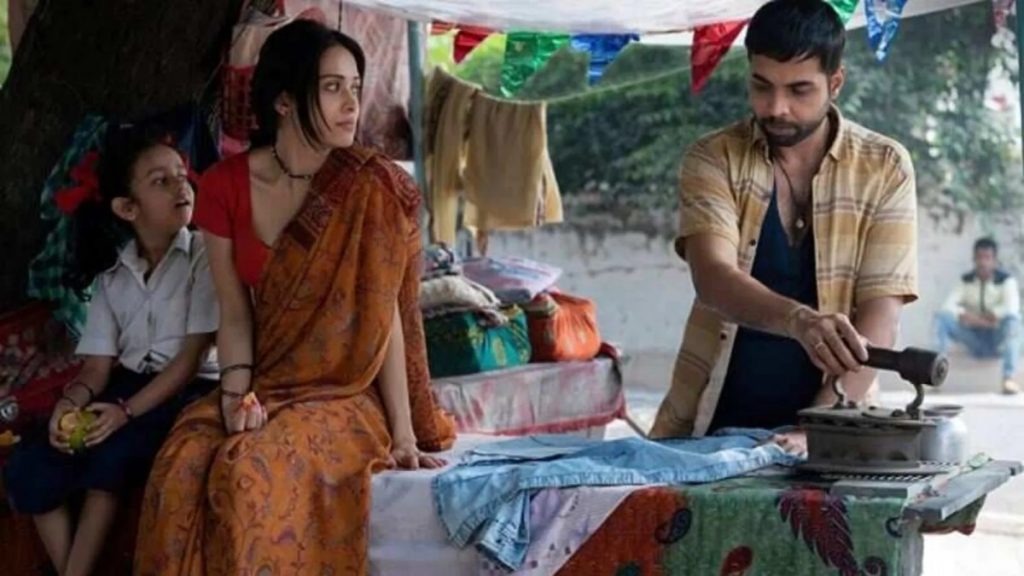 Geeli Pucchi, by Neeraj Ghaywan, tells the story of a factory worker, Bharti (Konkona Sen Sharma), who feels slighted that, despite an impressive undergraduate aggregate and correct answers in the interview, she didn’t get the data operator job. Instead, it went to a new hire, Priya (Aditi Rao Hydari). Bharti confronts her manager about the unfairness; he says that an ideal employee has varied qualities – does Bharti know Tally or Excel? But her colleague, Dashrath, explains the real reason. The genesis of that injustice, like many injustices in the country, hinges on the last name: Priya is a “Sharma”, Bharti “Mandal”. “Does your name have a Mishra or a Banerjee?” he asks. This would have been enough information for us but Dashrath spells it out: “We’re Dalits. Did you forget that for a moment?” This doesn’t sound like a conversation between two colleagues, who have known each other for long, but a filmmaker talking to his audiences, priming them about the short’s conflicts and themes.

Bharti finds out that Priya isn’t more qualified. Like her, she doesn’t know Tally or Excel, either. She got the job due to her “panditayi”; she read the manager’s palm. They’re different in other fundamental ways, too: Priya, wearing salwar kameez, is sweet and chirpy (or ‘feminine’); Bharti, wearing shirts and trousers, is gruff and pragmatic (‘masculine’). The manager calls Bharti a “machine-man”; a colleague taunts her on the factory floor, equating her to other men, cracking a sexually inappropriate joke. (She punches him – like a ‘man’.) But Bharti and Priya are similar in another crucial way: Both are queer — and falling for each other. With that bit of context, Bharti’s perceived masculinity borders on a stereotype (especially since the differences between the two protagonists are so neat and overt). But you can also reinterpret that constricted gaze: Bharti had to subvert the traditional gendered persona, because the caste system had already disadvantaged her.

This is a recurring troubling pattern throughout this short. It juxtaposes poignant penetrating ideas – long-denied representation in mainstream Bollywood – with sloppy, hurried execution. Take its first five minutes, for instance, where just one line of dialogue establishes a through-line between capitalism and casteism. The same capitalist system emerges as an (unlikely) saviour in the climax – these two scenes don’t contradict each other but reinforce the uneven and unpredictable nature of life that often resists clean slots.

Compare this to a few other scenes in Geeli Pucchi. When Priya’s mother-in-law forbids her to visit the factory floor for lunch, she calls Bharti to her cubicle, saying, “We’ll have our own small world. Our little corner.” It feels like an abrupt, schmaltzy dialogue, but its last line – “where no men will be allowed” – makes it even more exposition-heavy. When Bharti comes to Priya’s house, her mother-in-law asks, “Who are Banerjees?” Priya replies, “They’re Bengali Brahmins.” Again, even this exchange seems planted (and would have been enough by itself), but then, she says, “Be cautious about who you mingle with. Your father-in-law will be a head-priest next year.”

This constant pressing of ideas – and stretching and explaining and re-explaining an evident thought – makes the material predictable. So, when Bharti comes out as a Dalit in front of Priya, you sense that she won’t take it well. (She doesn’t.) In a later scene, Priya is about to hug Bharti but stops. Even the last scene – marked by overt symbolism and obvious jibes – furthers the heavy-handed tone. The background music too, overlong and overdramatic, constantly underlines the characters’ feelings, making the short underconfident. 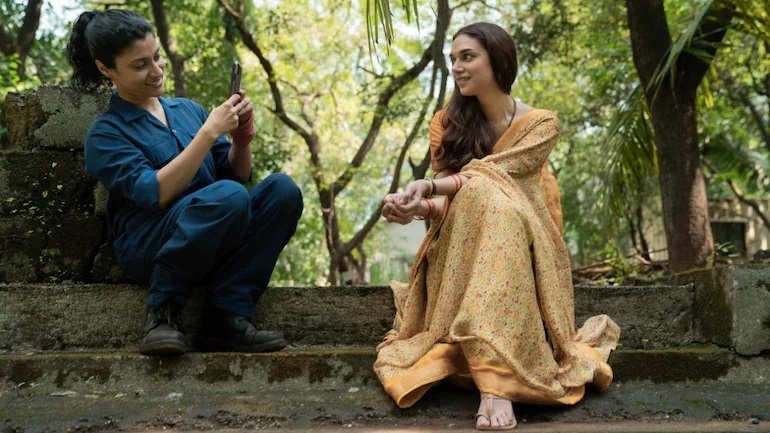 These flaws contradict some admirable merits. The production design (by Kazvin Dangor) is precise and evocative. You can feel the factory grunge and smell the grunt work. Bharti’s home marked by penury and imposed austerity – reflected in paint-peeling walls, a small TV, the bare household essentials – portray a disconcerting urban isolation, where caste hangs like an unquenching blazing sun. Sen Sharma is phenomenal. Wearing a stone-hard face, she protects her feelings, her identity, like a mission. But when she allows herself to drop her guard – flashing a smile, directing a piercing gaze – her mannerisms write essays. The short considerably improves in its final stretch, where it liberates itself from the shackles of an impassioned op-ed and transforms into a piece of complex fiction, filled with subtle surprise and impressive attention to detail. It also feels politically satisfying, as Bharti, deploying ‘sophisticated’ savarna subterfuge, defeats her nemeses at their own game.

The final segment Ankahi, directed by Kayoze Irani, is centred on a married couple in Mumbai, Natasha (Shefali Shah) and Rohan (Tota Roy Chowdhury), whose daughter, Samaira (Sara Arjun), has a hearing impediment. Natasha thinks Rohan doesn’t spend time with her daughter; he disagrees. She has learned the sign language for Samaira; he hasn’t. The need to communicate – the most basic need in a relationship – informs this short. Natasha becomes a different person when she befriends a deaf and mute photographer, Kabir (Manav Kaul). He hasn’t found someone who speaks his language; she hasn’t found someone who listens to her.

Clocking in at 26 minutes, Ankahi is the shortest and the breeziest film of the anthology. Not a lot happens on the surface. The parents’ marital discord compels Natasha to find solace in Kabir. They chat, crack jokes, and frequent different parts of the city. It’s the kind of love story you may have seen numerous times. A demanding viewer may even call it clichéd. But that’s the thing about romance: Despite its overarching sameness, every love story is different. The ingredients may remain the same – the introduction, the hesitation, the diffidence, the revelation – but the concoction is different each time, even for the same person.

Irani appreciates such nuance, telling a story lit with humour and hope – and frustrating dead-ends and crushing despair. Ankahi is a seamless compelling piece, marked by smart tonal variations, precise writing, and wonderful acting. The short often settles into a pleasant rhythm, especially in scenes involving Natasha and Kabir, but it is perceptive enough to drop an odd scalding line that yanks us back into the ‘real world’ – a clever choice, as Natasha, too, alternates between bliss and sorrow. Shah’s role does her own writing. Trapped between Rohan and Kabir, her appearance and identity change like a determined seesaw. She looks younger by 10 years in one segment, older by 15 in another. But Kaul is even better. Justifying the oft-repeated line in the short, Kaul’s Kabir does speak with his eyes, conveying reams without saying a word. It’s an assured performance that distils the thrills and expectations of new-found love – and does so through memorable specificities. It makes perfect sense: Every love story has its own language. Love is, after all, a linguistic detail.