Movie Review: Without Trying to, 'Aamis' Tells Us Love By Itself Is Not Enough

Most love stories are boy-meets-girl; Bhaskar Hazarika’s film is a ‘boy-meats-girl’. 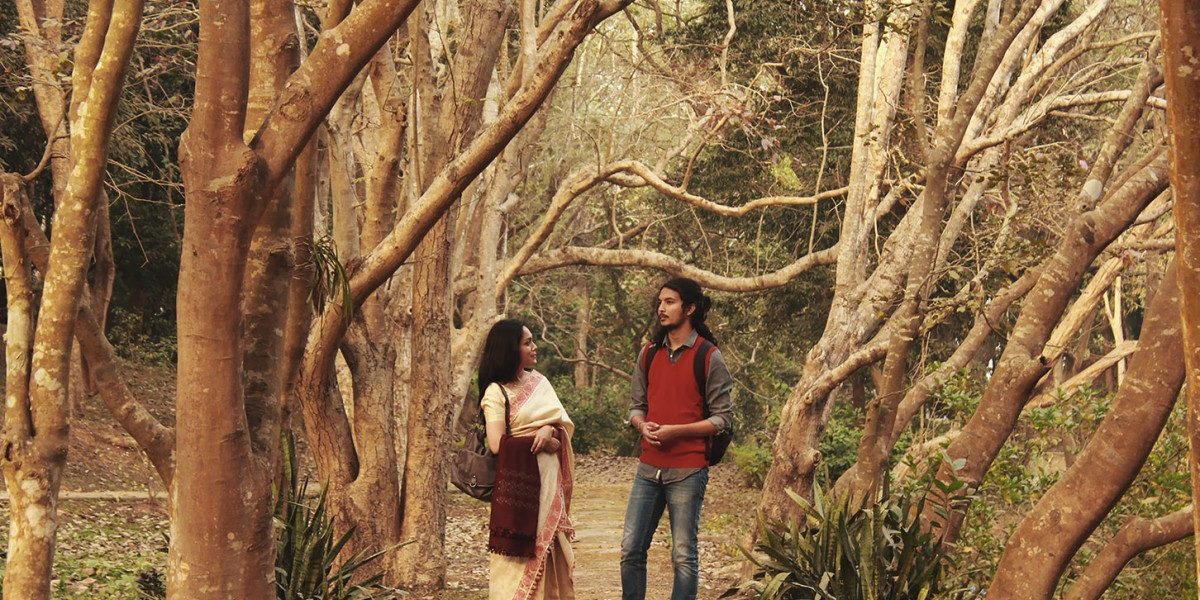 In Han Kang’s novel The Vegetarian – which won the 2016 Man Booker International Prize – the protagonist, a part-time graphic artist and a docile homemaker (“completely unremarkable in every way”), stops eating meat all of a sudden. That decision, in South Korea’s near-ubiquitous meat-eating culture, results in crucial, bizarre transformations: physical, emotional, spiritual. Bhaskar Hazarika’s Aamis, a love story set in small-town Assam, takes a dark turn for the exact opposite reason – although meat ties both the pieces in vital ways.

Aamis begins like a regular boy-meets-girl story. Sumon (Arghadeep Baruah), a PhD student, befriends a local doctor, Nirmali (Lima Das), a married woman who has a pre-teen son. Sumon, researching on meat-eating practices in northeast India, introduces her to different kinds of meat, especially those considered forbidden, such as rabbits, catfish with colocasia, bats. Eating out becomes central to this unique bond. It isn’t marked by love as such, at least to begin with, as Nirmali is married and Sumon has just entered college. At one point, he even googles “platonic love”.

Hazarika shoots this portion with a lot of tenderness – the rush of sending and receiving instant messages, the restless confusion, the animated anticipation. The power dynamic, too, is refreshingly subversive: Nirmali, gainfully employed, has seen more of the world, looks more in control, while Sumon is young and reserved, trying hard to play cool, but his sheepish smiles – drunk on his first adulthood love – often give the game away. The humour as well – the right amount at the right time – makes these people likeable. Love does indeed look around the corner and, even though Nirmali is married, doesn’t feel particularly transgressive.

Also read | ‘For Sama’: A Personal and Political Account of Routinised Violence in Syria

Then, Nirmali’s husband, Dilip (Manash Das), comes home from a work trip, and she invites Sumon for dinner. It is here that the movie steps out of The Lunchbox mould and starts to reveal itself. Nirmali’s house is on two levels – the first floor has the women in the kitchen, cooking and serving food – while the second floor has all the men and a bar, eating, drinking, chatting.

Dilip, we find out, is like most men: too self-absorbed, too sure of his own virtues and genius. As Dilip goes on and on about his work in the villages – “to serve those who are left behind”– his friends egg him on. “Dilip da, you’re awesome.” Another friend says, “Your selfless sacrifice will one day win you a National Award.” Then, Nirmali enters the room and all the men break into the customary acknowledgement of “behind every successful man, there’s a…” and, sure enough, Dilip calls her his “support”.

Sumon is sitting quietly in a corner, sipping his drink. Perhaps justifiably so, because this ‘normal’ world – comprising drunk, prattling men and peripheral women – seems so disconnected from his own, where he and Nirmali venture out on their meat-eating expeditions. In a country like India, where vegetarianism is equated to propriety, or where only certain kinds of meat are considered proper, Aamis seems like a commentary on segregation – and the narrow definitions that love is often subjected to. In that light, it makes even more sense that this film is set in northeast India, whose populace, eating habits and culture are often derided by the rest of the country. Aamis, in that sense, has a whiff of rebellion.

Hazarika, at different points, also keeps asking this question of us: How much ‘abnormality’, if any at all, is acceptable – especially in love? Sometimes that thought materialises with a lyrical, poignant quality, sometimes it’s a little too overt, reminding you of that line which self-sabotaging teenagers love to toss about, “If it’s not madness, it’s not love.” So far, quite good.

And then, around the halfway mark, the movie turns on its head. I really do say that with no exaggeration at all. Since it’s such a monumental reveal, I can’t discuss it here, as it’s something you must experience firsthand, but I’ll say this: most love stories are boy meets girl; this one is a ‘boy-meats-girl’. Go figure.

This reveal has broadly two parts. The first part – relatively mild, though still bizarre – continues to extrapolate the messiness of love and obsession, asking us again, “To what extent can love be – or is love allowed to be – weird?” It’s a bit of a trick question, because if you disagree with the movie, or worse make fun of it, then you’ll be confirming its point, an accomplishment that the much-derided Joker achieved.

But the second, and the final climactic, part zooms into a much darker, extreme zone. It’s also here where the movie starts to falter. Most films are an elaborate dance between theme and story – in good dramas, the story twirls close to the theme, holding it, adding meanings and, in the best-case scenario, becoming a unified whole.

Aamis, in this portion, holds its theme but starts discarding its story – especially its characters. The drastic character transformations, for instance, don’t seem credible – they’re bold and risky and shocking, yes, but there’s scarce evidence elsewhere in the movie that makes us buy its ultimate claim. With respect to Nirmali, Hazarika does drop some hints: in an early scene in the movie she, in a supermarket with a friend, refuses to buy frozen chicken because, as we learn later, she doesn’t like “processed meat”, suggesting a more primal desire for meat consumption. A void that Sumon helps fill.

Also read | Pay No Attention to the Backlash, Here’s Why You Have to See ‘Parasite’

In another scene, Nirmali, while having dinner with her husband and disappointed with the mostly vegetarian food on the table, opens the fridge and takes a bite from a piece of chicken. She then turns around, looking at her husband – in effect, at the camera and us – and her eyes light up with a peculiar insanity. These two scenes do (somewhat) explain her motivations later, but not Sumon’s, who till the climax seems to be a fairly well-adjusted boy.

The shock in the climax, then, feels empty and hollow – shock for its own sake, a move that services and jolts the audience but doesn’t remain true to its characters. Worse, in the climate of post-truth world, where emotions have begun to substitute facts, the film even seems a bit inhumane (even if you remain empathetic to its core concerns, which are anything but inhumane).

The assertions that ‘love by itself is enough’ or ‘love solves everything’ seem disconnected from the larger truth: that love can also be evil, that love – or say, obsession – can cross a line, too. Hazarika isn’t interested in these complications – the fissures between personal and political, romantic and criminal – and instead hastily wraps up the movie. Aamis is a light film – only 109 minutes long – so the abrupt, shocking end seems like evading responsibility, an unwillingness to look inwards.

Aamis does close with a powerful, hard-hitting scene – there’s no denying that – but, unlike the film suggests, it is not a testament to the liberating powers of love but how it can be a smokescreen, how it plays vicious tricks on your mind. That scene, then, isn’t as poignant as much as it’s terrifying. And that is so because love by itself is not enough.