Demagogues Today Have Much in Common With Nazi Ideology: Filmmaker Marshall Curry

The documentary 'A Night at the Garden' is about a February 1939 rally in support of Nazism in New York. Its director says the film resonates with the present times. 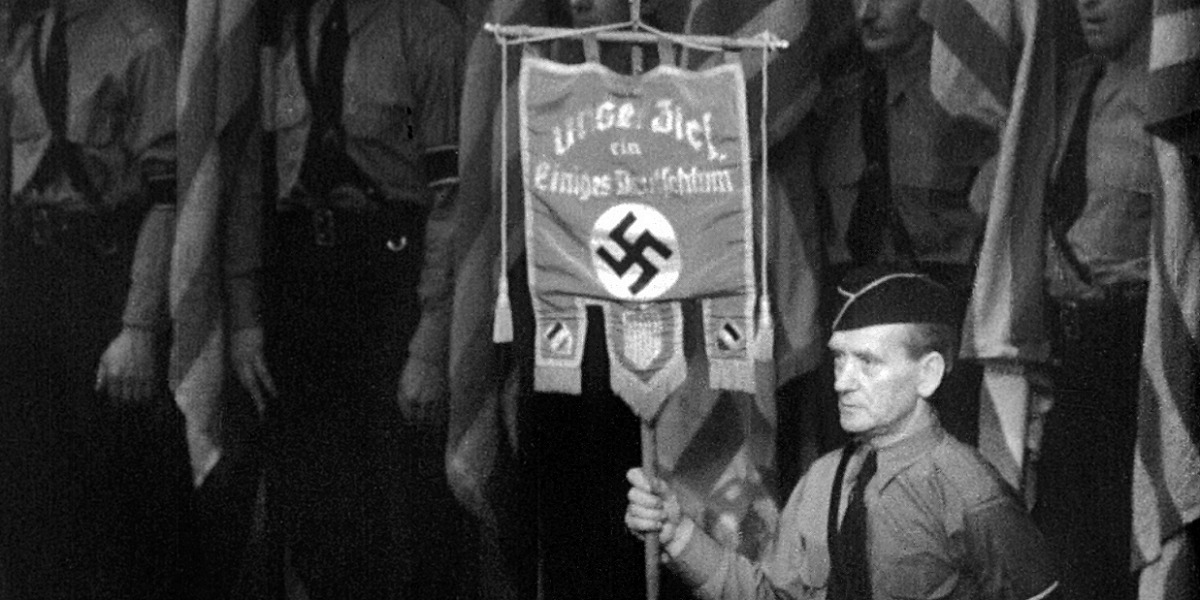 A screegrab from A Night at the Garden.

Eighty years ago, on February 20, 1939, thousands of Americans gathered in Madison Square Garden, New York to attend a rally to ‘celebrate’ Nazism. The meeting received tremendous media attention at the time, but has been forgotten in the US today.

Marshall Curry, an independent documentary filmmaker, heard about the rally and that it had been filmed at the time. He set about locating footage and put together a seven-minute film consisting entirely of images, with no voice-over or interviews. The overall effect is chilling, as a story unfolds about not just the rally, but American citizens’s implicit support to Hitler and his ideology. The US hadn’t entered the war in 1939, but the Americans did know what the Nazis were doing in Germany.

The film, A Night at the Garden has been nominated for the Best Documentary Shorts category at the Oscars. In an interview with The Wire, Curry speaks about why he chose not to include talking heads or provide commentary and how his film resonates in these times.

How did you get the idea of making this documentary?

A friend of mine is writing a screenplay that takes place in New York in 1939. He told me at dinner one night that 20,000 Americans filled Madison Square Gardens for a Nazi rally. I didn’t believe it, but when I got home and looked it up, I saw that he was right.

I found some historical documentaries that had short clips from the rally. I figured that if there were short clips, there must be more. So I asked an archival researcher, Rich Remsberg, to see what he could find.

It turned out there were pieces of footage scattered in lots of places – some at the National Archives, some at UCLA’s archive, some at other places. So he gathered it, and when I saw it, I was shocked. The footage felt so surreal and, at the same time, so relevant. So I decided to make a short film out of it.

You’ve mentioned that the footage was scattered all over; how difficult was it to access it and how did you salvage it?

The researcher who I worked with is really good, so he was able to track it down. There were some places that had film without audio and some places that had audio files only. Some of the film at the National Archive had never been scanned before on high-def, so we paid the lab fees to have that done.

Is there some footage still around? Or some that you obtained but haven’t used?

The film is only 7 minutes long and uses only the footage that I selected to tell the story. I really wanted to craft a cinematic experience, so we bring the audience into a rally and they don’t understand at first what it is. There are clues, but it’s edited to create questions and engage – who are these people? And what’s going on here?

Then slowly the answers are revealed and there’s a twist, as a protestor runs on to the stage and is savagely beaten up. It all ends with an ironic performance of the US national anthem. As with any editing job, there is footage that ended up on the cutting room floor. I wouldn’t be surprised if there’s even more footage in a basement somewhere that we weren’t able to find.

What is startling about the film and enhances its impact is that you have chosen not to go the traditional route: there is no commentary, no voice-overs, no talking heads. How did you decide that?

I originally thought I might do something more traditional – with interviews or voice-over. But when I began cutting the footage together, I discovered that it had a weird power on its own, as the audience is puzzled about what is going on and what it means. I thought it was even more provocative and engaging to leave those questions open, rather than to turn it into a tidy history lesson.

It is shocking to know that, firstly, such a rally took place, that too in New York City, that the organisation got the permission to hold it, that 20000 people turned up. This was in 1939 when people were not unaware of what the Nazi ideology was.

That’s right. People definitely knew what the ideology was. Hitler was building concentration camps in Europe and the speaker on stage is very clear about his anti-Semitism.

I think what’s so disturbing about the film is that if 20,000 people showed up for a rally, then many times more were supportive of the ideology. During that time, we had Father Coughlin on the radio, whose shows praising Hitler and Mussolini reached 30 million people. Prominent Americans like Charles Lindberg and Henry Ford expressed anti-Semitic views.

To be clear, there were also counter-protests, and most Americans didn’t support that ideology. The mayor was outspoken about his disgust with the group, but he said the difference between the US and places like fascist Germany was that in America, even idiots were allowed to espouse their beliefs.

To me, the rally is a warning that humans are susceptible to leaders who stir up crowds, attack the press and attack minority groups and wrap their hateful ideologies in the symbols of patriotism.

Could the fact that the Americans had not yet entered the war have something to do with it?

Yes, I think so. Soon after the war started and the Nazis started killing American boys, that philosophy became unacceptable to espouse in public. People began to erase the fact that some Americans shared the Nazi ideology.

But now, of course, as we get farther away from the Holocaust, we are seeing an increase in hate crimes and hateful rhetoric against Jews and other minority groups such as Muslims and immigrants. So it never truly went away.

How did the newspapers cover the rally?

The New York Times wrote a number of stories about it, which are available on our website: www.ANightAtTheGarden.com. It covered the rally and the political debates over whether a group like the German American Bund should be allowed to have a rally at Madison Square Garden. Many people – including the American Jewish Committee – argued that even though the group was hateful and anti-democratic, they should be allowed their First Amendment right to express their views. Others felt it was a mistake to give the group a platform. 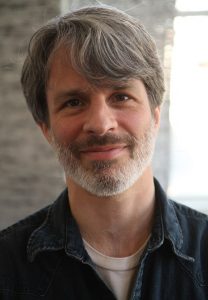 Do you think the rally itself reflected wider support for Nazis?

I think there was wider support for Nazi ideology than most Americans today know about. But I don’t think it was a majority of the country by any stretch.

Did such support go beyond the America of German descent? In Britain, for example, Hitler had a fair level of support, including among the upper classes

Yes, I don’t know poll numbers about how widespread the support was, but there were many non-German Americans who supported anti-Semitic, white supremacist, anti-immigrant ideologies. Unfortunately, it feels like those people are gaining more power in the US today.

The two shots that stayed with me are the beating up of the man who rushes up to the podium and the palpable excitement of the young boy on the stage who starts dancing.

I saw that little boy in the background of one of the shots, so I zoomed in on him for the film, so the audience would notice him more. It’s upsetting, but important to acknowledge that there can be a giddy thrill to being part of a mob and that’s what the boy is showing.

The man who rushes on to the stage was a Jewish plumber’s assistant from Brooklyn who went to the rally not planning to demonstrate, but who was so outraged by what was going on that he had to resist it.

What happened to the Bund after the US entered the war?

Their leader was arrested for embezzling money from the group and they eventually were disbanded during the war. But it’s important to realise that just because the organisation went away, the people who supported it didn’t. We have to deal with the remains of their ideology that still influence the US and the world today.

Do you see modern-day parallels in the US and elsewhere? Support for the ideology of intolerance and hatred?

Yes. The main reason I made the film was not as a history lesson, but because I thought it said a lot about the current state of politics in America. In the film, you see a leader take the stage and attack the press, tell his audience that they need to take back America from the minorities who are threatening it, and he sneers and smirks as a protestor is beaten up. That felt very familiar to me. I hoped that by showing people this story from the past, it might help us guard against the demagogues who today try to use patriotic symbols to sell hateful ideas.

The interview has been slightly edited for clarity and style.