Chaudhary Charan Singh made his identity as a farmer the principle axis of his politics rather than his caste. 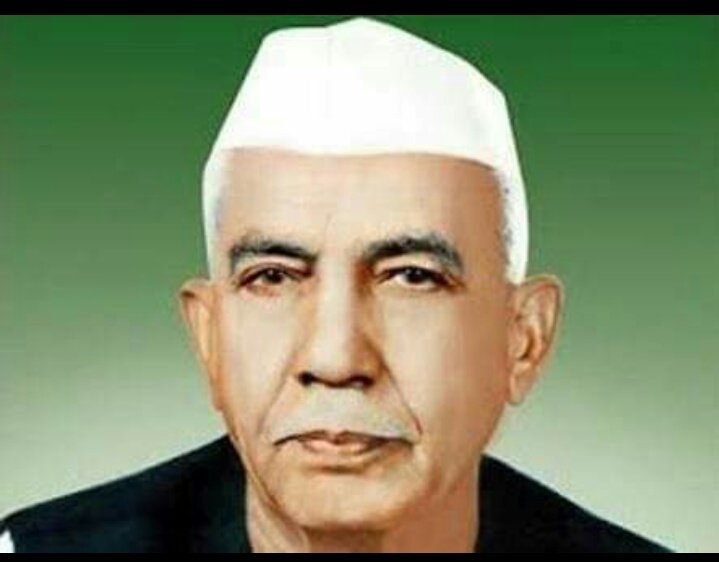 Chaudhary Charan Singh, an important kisan (peasant) leader in independent India, fought and stood for farmer issues and rights. Carrying farmer leader Chotu Ram’s legacy forward, he founded the Kisan Trust on his 76th birthday on December 23, 1978, to create awareness of farmers issues among the rural masses. Born in a family of farmers in western Uttar Pradesh, he rose to the position of state chief minister and then went on to become the Union home minister, finance minister, deputy prime minister and eventually prime minister.

Kisan Divas is a good day to remember two of his most significant contributions to our country. First, in opposition to Jawaharlal Nehru and P.C. Mahalanobis – the first head of the Planning Commission – he attempted to articulate an alternative model of development for India which was inspired by Gandhi and was a reflection of his own peasant origin. Second, he brought peasant issues into India’s electoral politics – at the state level and then at the national level – during the 1960s and 1970s.

When Charan Singh was still in the Congress party, he developed differences with Nehru on the model of development for India’s future. He opposed the policy of prioritising industry and urban development over agriculture and the rural sector. He argued that the farming sector needed immediate attention as India was primarily a rural-agrarian economy where more than 80% of the population lived in rural areas and were dependent on agriculture or on agro based industries. He believed that development of industries primarily requires strong agriculture. He argued that agriculture alone can supply food for industrial workers, and raw material for industries. He expressed his discontent with the second five-year plan as it prioritised state sponsored industrialisation. He believed that industrialisation cannot precede agricultural prosperity, but will follow it.

Charan Singh made his identity as a kisan the principle axis of his politics rather than his caste. He aimed at empowering the peasantry in different ways and at different levels throughout his life. In 1939, he proposed the idea of a 50% quota for sons of farmers in government jobs, irrespective of caste, before the executive committee of the Congress parliamentary group in the Uttar Pradesh assembly. As an agriculture minister, he led the Uttar Pradesh government in drafting, articulating and implementing the Uttar Pradesh Zamindari and Land Reforms Bill in 1952 which he considered as the principal achievement of his political life. Its implementation gave ownership of land to the tenants, who mostly came from the middle and lower castes. It was one of the reasons of his rising popularity among the middle castes, both in western and in eastern Uttar Pradesh.

Charan Singh was also an ardent critic of Nehru’s proposal of joint and cooperative farming. At the Congress’s annual session in Nagpur in 1959, he gave an hour long speech against the resolution favouring cooperative farming. Though his speech was appreciated by newspapers and by Congress leaders, it was decried by many in the Congress’s national leadership. Offering a powerful critique of joint farming, he wrote a book, Joint Farming X-Rayed: The Problem and its Solution, in the same year. He criticised joint farming because he believed that pooling of individual land holdings could never be successful as farmers are attached to their land. He said that its success demanded mechanisation of agriculture. He argued for ownership of the land by those who till it. Peasant proprietorship for him was in tune with Gandhi’s idea of rural democracy and decentralisation of economic resources.

Charan Singh became the representative of farmers’ politics, first in Uttar Pradesh and then at the national level in the 1960s and 1970s. He led the politicisation of the peasantry in north India and its assertion in parliamentary politics as an independent voice which needs to be addressed distinctly. After moving away from the Congress in 1967, he formed the first non-Congress government in Uttar Pradesh and assumed the office of chief minister. He formed the Bhartiya Kisan Dal (BKD) in 1967 along with others. The party had a significant rural base, committed to farmers’ issues and led by farmer leaders for the first time in post-independence politics. Making a strong effort to reach out to all the main beneficiaries of the Zamindari Abolition Act with special appeal to the backward castes, the BKD soon emerged as the second largest party after the Congress in the state. In its first electoral contest, in 1969, the BKD emerged not only as the strongest non-Congress party in Uttar Pradesh, but with the highest popular vote and the largest number of seats ever won by a non-Congress party in any election since independence in the state. The rise of the BKD in 1969 contributed to the decline of the Jan Sangh and its agenda of Hindu nationalism in Uttar Pradesh. The BKD maintained its strength in 1974 despite Indira Gandhi’s massive efforts to absorb and destroy its power.

After the 1974 elections, Charan Singh moved to politics at the Centre. Shortly after, the Emergency was imposed and he was imprisoned. He played an instrumental role in the formation of the Janata Party after the Emergency. It was on the BKD’s party symbol (a farmer carrying a plough or haldar kisan) that the Janata Party contested the 1977 elections and gained a huge majority. Along with the symbol, he also brought a strong farmer base for the success of the Janata Party. Once the Janata Party assumed power and Charan Singh became a Union minister, he took several measures in the interest of the farmers, for e.g., exempting unmanufactured tobacco from excise duty, reduction in excise duty on all chemical fertilizers and others.

The emergence of Charan Singh both at the state level and at the Centre led to the politicisation of the peasantry and its assertion in electoral politics. As a consequence, from 1960 to the late 1980s, no government was in a position to ignore the interests and issues of the farmers. A politicised peasantry was able to pressurise successive governments to reduce taxes and increase subsidies, free electricity, water among other things. 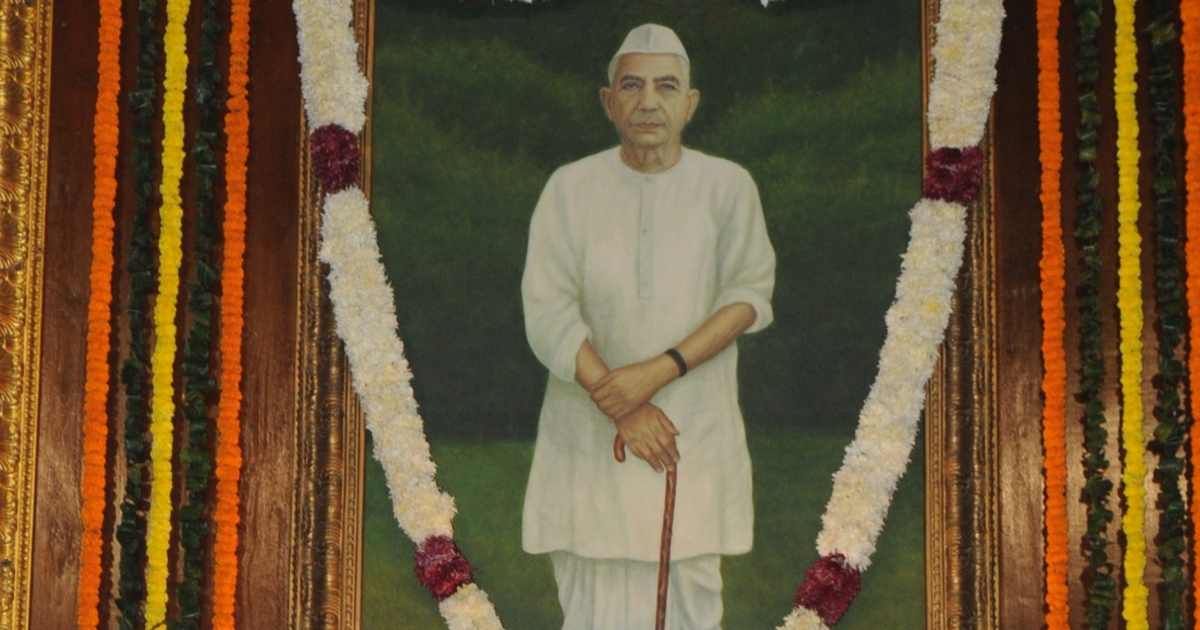 The emergence of Charan Singh both at the state level and at the Centre led to the politicisation of peasantry and their assertion in electoral politics. Credit: narendramodi.in

Charan Singh was inspired by Gandhi, Dayananda Saraswati and Sardar Vallabhbhai Patel. As a follower of Gandhi, he lived a simple life and remained committed to the rural-agrarian sector and urged the decentralisation of the economy, favouring small and cottage industries. In his 1978 book, India’s Economic Policy: The Gandhian Blueprint, he outlined a Gandhian solution to India’s problems. Inspired by Dayanand Saraswati, he fought the caste system tooth and nail. As a solution, he proposed inter-caste marriages, and that the government stop extending financial assistance to any educational institution which bears the name of a particular caste. He also proposed that no person should be recruited to a gazetted job, if married within his/her caste. From Patel, he learnt the capability of being a mass peasant leader and a tough administrator.

Charan Singh had his own limitations. He opposed student politics and banned student union elections when he became the chief minister of Uttar Pradesh in 1970 for the second time. Despite being a Gandhian, he opposed the politics of non-cooperation and satyagraha in post-independence India. He believed that once democracy is established, we should take recourse to electoral politics rather than non-cooperation. However, he changed his position later. After the Maya Tyagi incident (1980) in Baghpat when the police killed three men and publicly humiliated one of their wives by parading her naked on the streets, he directed his party to take recourse to non-cooperation and satyagraha and wrote an article, Satyagraha ki Ghadi. Similarly, after experiencing the momentous role of student politics in opposing Indira Gandhi’s authoritarian regime at the Centre in the 1970s, he changed his position and supported many of the student leaders from Uttar Pradesh and Bihar.

In 2017, Charan Singh’s legacy may seem to have disappeared from the minds of people, but his imprint on India’s national politics still continues.

Richa Singh is former president of the students union at the University of Allahabad.