Are Ghosts Really Getting Midday Meals?

Media reports in support of Aadhaar claiming that lakhs of ‘ghost students’ avail midday meals are based on unverified claims, not serious investigation. 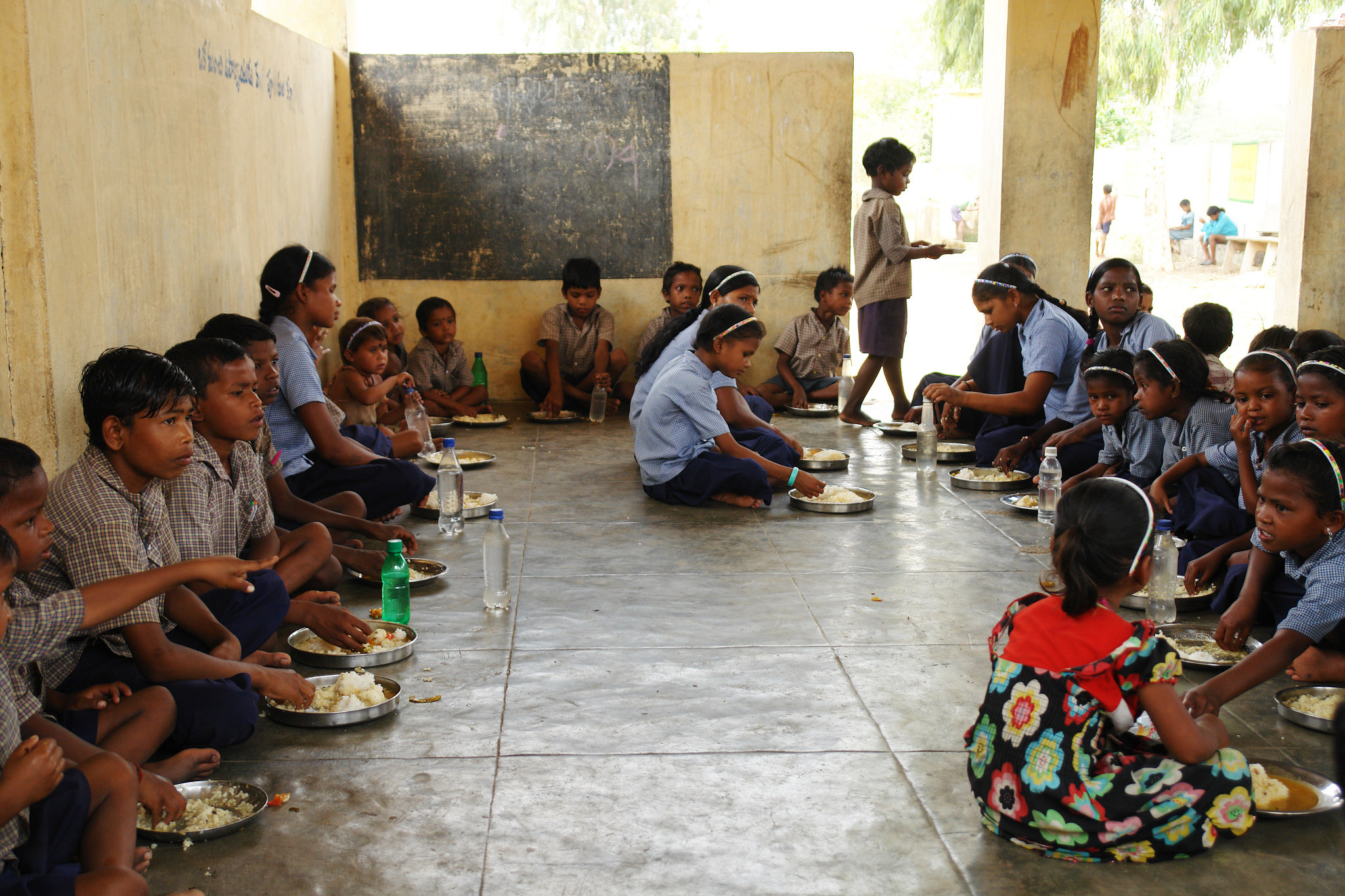 Within days of the Ministry of Human Resource Development’s notification making Aadhaar compulsory for midday meals, stories of corruption in the scheme popped up in the media, as if on cue. No surprise here for those familiar with the Aadhaar-related propaganda. The corruption stories, however misleading, were relayed with abandon – predictably again – by unsuspecting media agencies and commentators.

The first story involved a TV crew trekking to the Rajgarh hills of Sahibganj, one of Jharkhand’s poorest districts. If you go far enough in the interior areas, it is still possible to find schools that are closed most of the time, and that is what the crew found – two non-functional schools. Deprived of a midday meal, the local children were, we are told, eating rats and rabbits. This story is shocking, but it has little to do with corruption in midday meals. It is about two non-functional schools, nothing more, nothing less. Further, entering the Aadhaar numbers of the local children in a database will not solve the problem. In principle, daily biometric authentication could help revive the schools, but that technology is wholly inappropriate for rural Jharkhand – even in Ranchi, the system of Aadhaar-based biometric attendance for government employees does not work.

Yesterday, another misleading story appeared in a national daily under the headline ‘midday meal scheme: Aadhaar exposes 4.4 lakh ‘ghost students’ across 3 states’. Within days of the notification, 4.4 lakhs ghosts. That breaks all records. Once again, this claim was treated as factual information and widely relayed by the mainstream media.

One of the three states in question is Jharkhand, where the concerned department was kind enough to clarify the matter for me in detail. It turns out that it has nothing to do with midday meals. What is happening is that the Aadhaar numbers of all school children in Jharkhand – whether enrolled in government or private schools – are being collected for the purpose of initiating child tracking. In the process, it was found that many children, mainly in urban areas, are enrolled in a government school as well as a private school. This is a well-known phenomenon, which has existed for decades and not just in Jharkhand. It is a routine method employed by unrecognised private schools to ensure, for instance, that their pupils get certificates. Perhaps it is a bad practice, but catching the said children using Aaadhaar is no remedy. This practice reflects a deeper issue in the schooling system, all the more serious now that many of these unrecognised private schools are technically illegal under the Right to Education Act.

The said article states that “in Jharkhand, the names of 2.2 lakh non-existent students have been deleted from school records”. This was clearly denied by the concerned department. Indeed, bumping off doubly-enrolled children from government school registers is not a solution: that would mean offloading them on illegal schools. A proper place needs to be found for these children in the schooling system, consistent with the Right to Education Act.

Once again, this is not a midday meal issue. Food and funds for midday meals go down the line based on attendance, not enrolment. In Jharkhand, as against 48 lakh children enrolled in government schools at the elementary level, only 30 lakh midday meals are served (and paid for) on an average day. Far from being abnormally high, this is alarmingly low. Possible reasons include low attendance rates as well as delays in the flow of funds – both have been widely observed in Jharkhand. This matter calls for urgent scrutiny and action, but it is no evidence of corruption in midday meals.

None of this is to deny that there may be some corruption in the midday meal scheme, as in other domains of public expenditure. My hunch is that midday meal related corruption is, firstly, not very large, and secondly, not of the sort that Aadhaar can stop. To find out, however, what we need is a serious investigation, not casual relaying of unverified claims.