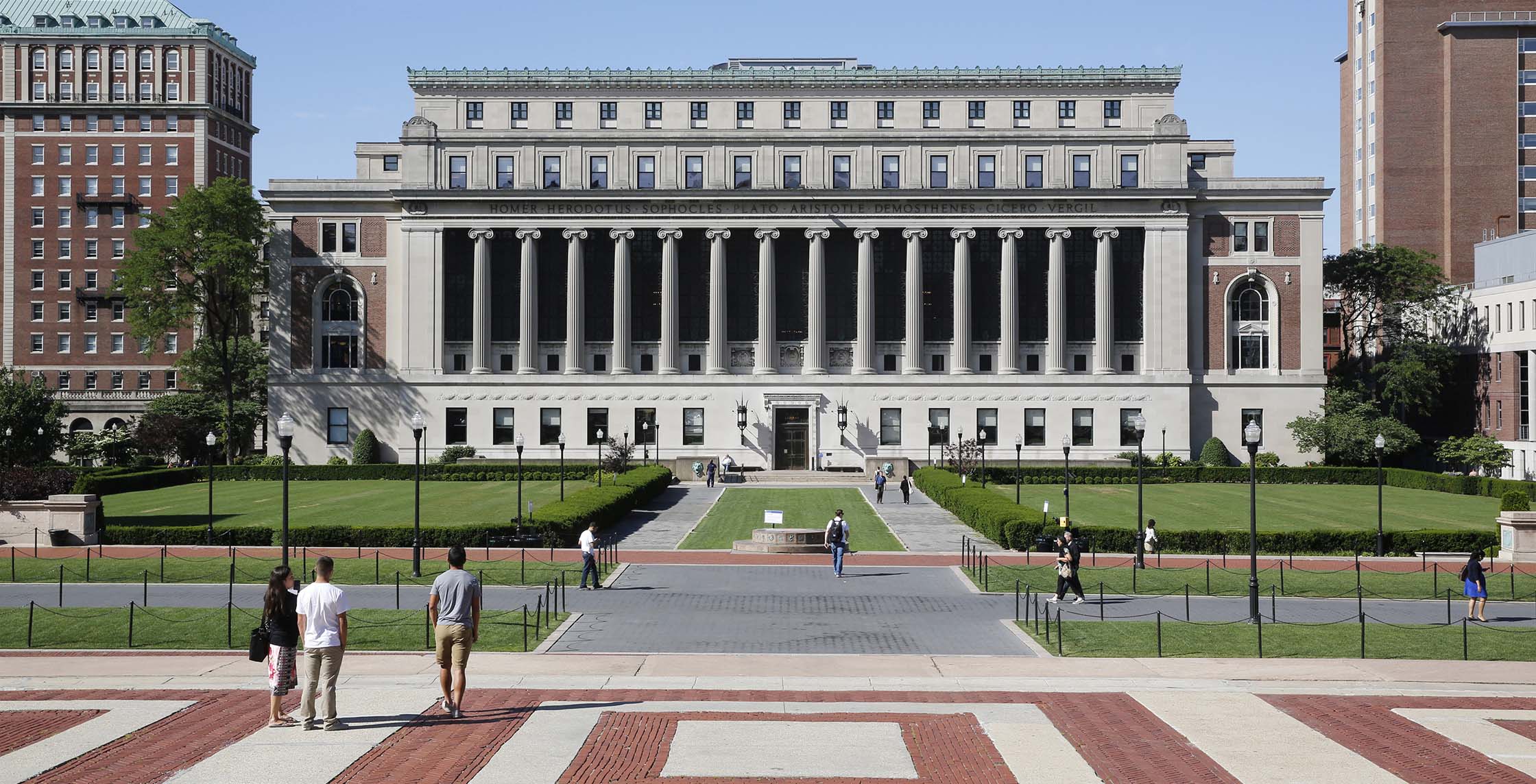 If there’s a lesson the world has learnt this month, it is that in matters of sexual assault and harassment, justice is elusive but company is everywhere. Too often, women find their claims dismissed, and even the most liberal institutions favour powerful perpetrators over their victims.

In the digital age, many think the quick fix to this is to name and shame under the cover of online anonymity. First came a Google spreadsheet titled “Shitty Media Men” that circulated amongst women journalists in New York City. It was a public document where anyone could list the names and details of assaulters and harassers. Then came #HimToo, a corollary to #MeToo, which also encouraged women to name their perpetrators on social media. And now there’s a list of South Asian academics out on Facebook, compiled by Raya Sarkar, that has the entire South Asian academic community in uproar.

Sarkar’s list is prefaced with two sentences. The first names prominent professors Dipesh Chakravaty and Kanak Sarkar  (the former was named by academic C. Christine Fair in an extensive personal account that has since been taken down by Huffington Post but is available on her blog). The second sentence tells readers, “If any one knows of academics who have sexually harassed/were sexually predatory to them or have seen it first hand PM me and I’ll add them to the list.”

The list, which currently names 60 men, is not a detailed one and contains the names of male professors and the institutions where they are employed. No further details – such as dates, places, etc – are provided, unlike Fair’s article, which gave a wrenching account of all the times she had been targeted.

For young women, the list is arguably instructional because it is intended to serve as a guide to professors to be wary of or avoid. It’s a formalised social-media manifestation of the rumour mill that has always carried such open secrets – and protected young entrants. The list may serve as confirmation of the whispers they’ve been hearing, or of their own experiences, and it does it without compromising the identities of the victims or accusers. It does of course also carry the risk of names being unfairly added, since there is no verification, vetting or requirement of any sort of corroboration. Sarkar has not explained what methodology or verification process she has followed other than to say that she has “received over 300 messages from different women, often accusing the same professor of sexual harassment against them”.

Can you shame without revealing your own name?

Sarkar says she is collecting the names of academics who have “sexually harassed/were sexually predatory”, and that’s a vast range of actions. Some may be criminal and warrant formal judicial action; others may be matters that the law does not deal with but delegates to the institution in charge. Given the gaps in our systems, it is possible that some actions do not fit into any existing definition of harassment and require tweaks to existing guidelines and laws before they can be adequately dealt with.

The lack of such verified information was one of the reasons the (far more detailed) Google spreadsheet on NYC’s media men was taken down. As Jia Tolentino of the New Yorker noted, these distinctions are important, and part of the vetting process employed by the groups of women who maintain such logs in their collective memory.

“Women ask for and examine sourcing,” Tolentino wrote. “You know whether the story is firsthand or thirdhand. ‘I’ve heard that he gets grabby’ is one type of information, and ‘this guy physically hurt one of my best friends’ is another.”

The absence of details also limits the possibility of redress, as authorities and institutions will not know what to act on, and so will be relieved of any pressure to do so.

What about due process?

Sarkar’s effort came under criticism by a group of feminists who published their concerns in an open letter on the progressive blog Kafila. They are worried that the list will undermine years of work they’ve done to get women to report harassment and assault through formal channels.

“It worries us that anybody can be named anonymously, with lack of answerability,” the letter says. “Where there are genuine complaints, there are institutions and procedures, which we should utilize,” the letter says. “We too know the process is harsh and often tilted against the complainant. We remain committed to strengthening these processes. At the same time, abiding by the principles of natural justice, we remain committed to due process, which is fair and just.This manner of naming can delegitimize the long struggle against sexual harassment, and make our task as feminists more difficult.”

Yet there would be no reason for lists like Sarkar’s to exist if women found due process adequate. For all its faults, the list is an indictment of the institutions’ shortcomings – their refusal to reform despite decades of activism – and of the informal networks that uphold them.

Women have nothing to gain from naming powerful men who harmed them. In a culture of victim-blaming, they end up more emotionally, financially and professionally depleted after speaking up than they were before. They are also opened up to vindictive responses, so that making a complaint is often career suicide for women academics. If we choose to protect ourselves and not report, we feel guilty and cowardly for that too.

Also read: Confronting Harvey Weinstein, or How Power Holds Up Walls of Silence

Chances are the women who have messaged Sarkar with names, and possibly details of what happened to them, feel incapable of public actions like filing reports with their universities or the police. It tends to cost them friends, their reputation and their opportunities. When a woman accuses a man of harassing or assaulting her, she isn’t just indicting him but also questioning a network of family, friends and associates. The harmed party – a relative nobody, a stranger – has to do the work of testifying again and again to be believed over a man whom everyone believes automatically.

Several women have hit back at the Kafila authors, questioning these established, powerful women’s own allegiances. To begin with, many of them are known associates of men on the list (and one name on the list is a long-standing member of Kafila). It is a good critique, because it shines a light on our own tendencies towards automatic allegiance or closing ranks. The men on the list may not have to answer to institutional authorities, but they will have to face questions within their private circles. Accountability comes in many forms.

There is also a question of elitism or classism, of which academic left-wing circles are often accused. Detractors may call the list slanderous or dangerous, but might have had fewer concerns if it named and shamed Uber drivers or property agents, instead of illustrious scholars.

Despite the blowback, Sarkar commented on her post yesterday to say that one contributor to the list has decided to report two professors to an internal complaint committee.

Ayesha Kidwai, a professor of linguistics at Jawaharlal Nehru University and one of the authors of the Kafila statement, also published a note on Facebook, saying, “I want an independent authority, someone who will have authority independent of me, to authenticate and verify what I say, to take responsibility for my having spoken the truth and to give my complaint a redressal. That cannot be done on FB, as here we can all compile a list.”

Kidwai’s desire for an independent authority is not necessarily contradictory to Sarkar’s efforts, but their methods for addressing the same issues are clearly different. Sarkar’s list is open for public consumption and use; its end goal remains undefined and is likely to change as it proliferates. For now, it serves different purposes for different people: some see it as a helpful digital version of informal networks, others as the first step to pursuing institutional redressal, others still as forcing a radical alternative to existing systems that refuse to protect women.

It follows that the list will be held to different standards depending on readers’ expectations. As younger women take on the critique of the old, though, it’s important to remember examples like exactly how Harvey Weinstein fell from grace. It took two extensively researched stories, with testimonies from 20-30 women, published in two of the most illustrious and credible publications in the world for the public to collectively believe he was at fault.

Women everywhere are still struggling to make a dent in the impunity enjoyed by powerful men. If universities and other institutions help powerful men build fortresses around themselves, they shouldn’t be surprised when women storm the walls rather than ring the doorbell.