Sustained diaspora protests had preceded the ambassador’s switch from a diplomatic career to head of the US-India Business Council. 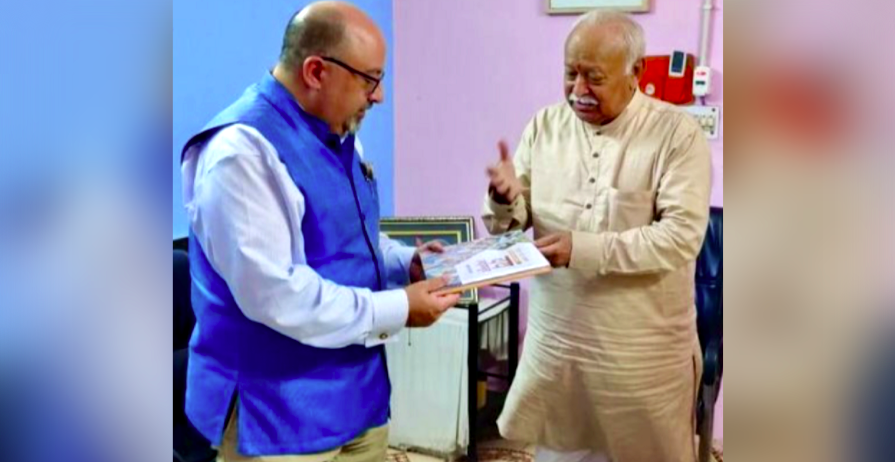 File image of acting US ambassador to India, Atul Keshap with Mohan Bhagwat, the chief of the RSS. Photo: Twitter/File 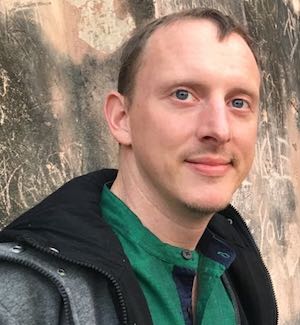 When American and Indian media reported the recent news that veteran US diplomat Atul Keshap was appointed to a position within the US Chamber of Commerce (USCC), they all skipped one crucial detail: the now former ambassador’s entry into the private sector fulfils demands for his removal from the diplomatic service which were repeatedly raised by Indian diaspora groups due to his September 2021 meeting with the head of the Rashtriya Swayamsevak Sangh (RSS).

On January 5, 2022, Keshap joined the USCC (the largest lobbying group in America) to head its US-India Business Council (USIBC). “We’re ecstatic to have Ambassador Keshap as USIBC’s next president,” stated USCC’s executive vice president Myron Brilliant. “His deep expertise, and deep global network will empower the organisation to even greater heights and serve our members well.”

Left unstated, however, is that the 50-year-old Keshap’s new position as a lobbyist – which marks his quiet exit from a 28-year career in the diplomatic service – was, by all appearances, secured in response to the controversy over his RSS meeting which plagued his final months in the US Foreign Service. His last posting was as chargé d’affaires (that is, acting ambassador) to India, a temporary post he held while the US Senate worked to confirm a permanent ambassador.

On September 8, 2021, he visited the offices of the RSS to meet its chief, Mohan Bhagwat, and pose for photos. This turned out to be his final act as chargé d’affaires; within hours of tweeting about his “good discussion” with Bhagwat, he unexpectedly announced the end of his tenure in New Delhi. Just the day before, he had invited Indian editors for a getting-to-know-you lunch. Did someone in Washington pull the plug on his tenure?

Good discussion with @RSSorg Shri Mohan Bhagwat about how India's tradition of diversity, democracy, inclusivity, and pluralism can ensure the vitality and strength of a truly great nation. pic.twitter.com/FB5gizzFuI

Within days, Keshap was mired in controversy in his home country as segments of the Indian diaspora – and some others – responded with outrage at his perceived normalisation of what many termed a “violent” and “fascist” outfit which is committed to a supremacist Hindu nationalist ideology.

In a September 12 webinar joined by six Indian-American organisations, speakers were nearly unanimous in calling for Keshap’s resignation or removal from the foreign service. On September 15, Keshap faced the first of ultimately three protests in three states when a group rallied outside the Sacramento, CA office of US Congressman Ami Bera – who chairs the US House Foreign Affairs Committee’s Subcommittee on Asia.  This was followed by similar protests in October in Michigan and Texas.

“Meeting with the head of a paramilitary, ideologically-driven organization that promotes extraordinarily racist and, some might say, even autocratic ideas, is highly troubling,” warned Human Rights Watch’s Asia Advocacy Director John Sifton at a September 22 congressional briefing.

Explaining that the RSS is the “ideological backbone” of the ruling Bharatiya Janata Party (BJP), Sifton claimed that the RSS-BJP are “essentially taking over [India] and making it a one-party state.” He compared Keshap meeting the RSS chief to if the US ambassador to Germany in 1933 had attended a Nazi rally at Nuremberg – which did not, of course, happen.

On September 25, ten diaspora groups released a joint statement to President Biden and Secretary of State Blinken demanding Keshap’s permanent removal from the US State Department, arguing that his RSS meeting “disqualifies him for continued service in any capacity as a diplomat.”

“The RSS is an armed, uniformed, all-male Hindu nationalist paramilitary which is implicated — including in reports from many US government entities — in acts of extreme violence against Indian religious minorities and others. Current RSS Chief Mohan Bhagwat, with whom Keshap met and staged a photo-op, is himself accused by RSS members who committed anti-Muslim bombings of directly sanctioning their actions. The RSS is ideologically committed to turning India into a ‘Hindu Rashtra [Nation]’ in which non-Hindus are either subjugated to second-class citizenship or else eliminated altogether.”

Adding a final touch on September 30, US Congressman David Trone sent a letter to Keshap questioning his decision to meet with an outfit that has a “painful history of violence and destruction.”

Trone warned: “As you know, the RSS has long promoted principles of Hindu nationalism, an ideology which threatens the Muslim community and other communities in India…. By engaging with RSS officials and discussing their ideology, the United States could lend legitimacy to this controversial group and further jeopardize the communities that the RSS has targeted.”

Did Keshap’s overly eager attempt to expand his “deep global network” past the boundaries dictated by sound judgment eventually lead to the end of his days as an international representative of the US government? As he goes on to head the USIBC, however, the council may do well to consider to what extent the controversial baggage he brings with him will impact the trust that certain segments of the diaspora might otherwise place in an organisation which they would expect to be equitably lobbying for the business interests of all Indian-Americans.

Pieter Friedrich is a writer and analyst who specialises is South Asian affairs. He was part of protests calling for Keshap’s resignation.