What China’s Rise Means for the World

In the second of a three-part article, India’s former National Security Adviser looks at the implications of a China that will be increasingly assertive in the Asia-Pacific. 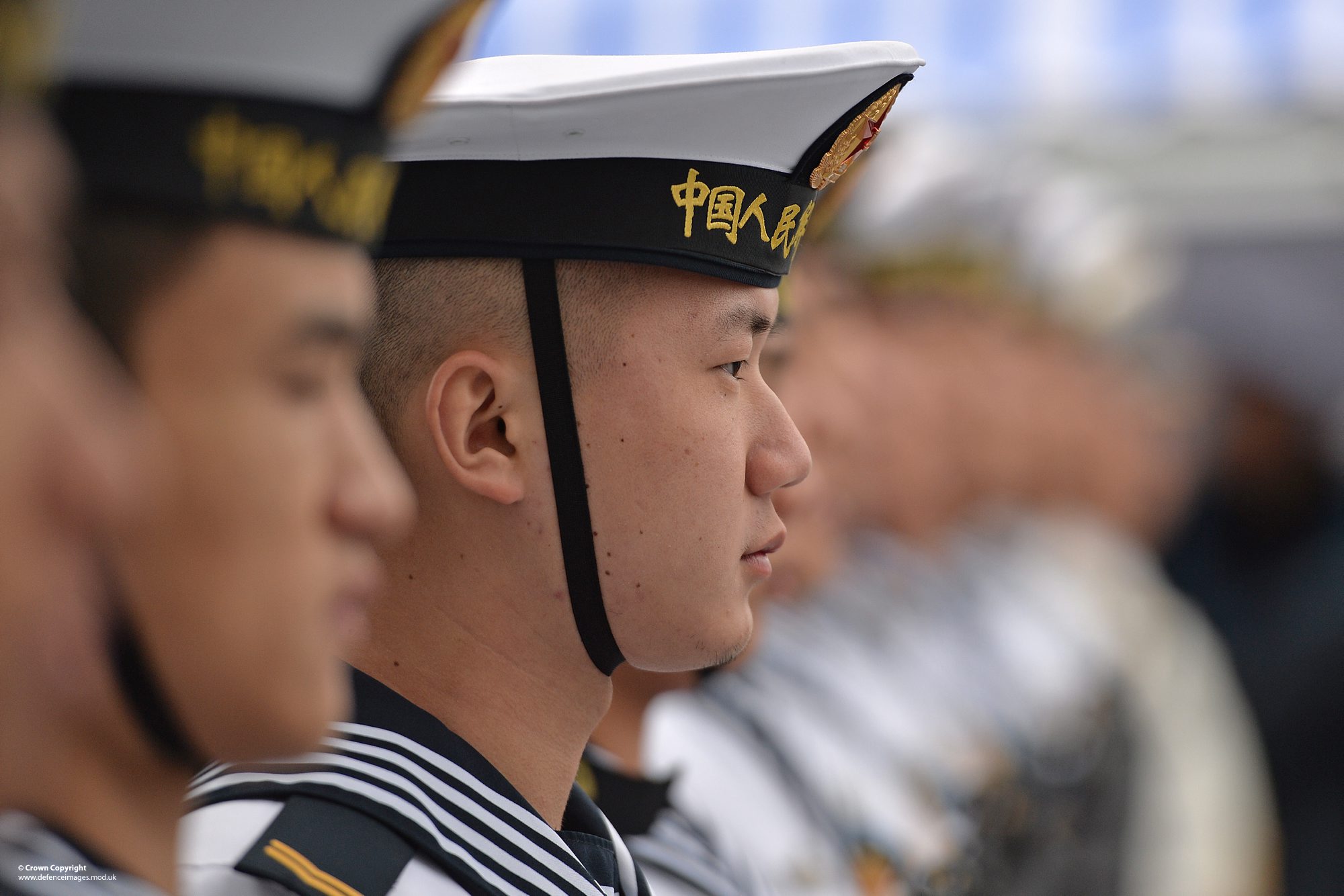 In 1990, Deng Xiaoping had urged a 24-character strategy on China: “observe calmly; secure our position; cope with affairs calmly; hide our capacities and bide our time; be good at maintaining a low profile; and never claim leadership”. In 2009 President Hu Jintao amended the last eight characters to “uphold (jianchi) keeping a low profile and actively (jiji) achieve something (taoguang yanghui, yousuo zuowei)”. Since then China has dropped these modest and humble references and speaks of playing her role and assuming her responsibilities. It is clear that since 2008, Deng’s humility (whether mock Confucian or not) is no longer the declared guiding principle for China’s external behaviour. Instead, China now seeks to “display her prowess” and “assume her responsibilities”. We now have Chinese scholars like Yan Xuetong speaking of the need for China to start building a series of alliances in her neighbourhood to countervail the US alliance system and challenge its credibility.

Externally, China’s economic growth has given her the means to support double digit increases in defence spending for over 25 years, building a military force which can give pause to the sole superpower in China’s immediate vicinity, and can certainly ensure dominance against all but three of her largest neighbours – Russia, India and Japan. Since 2008, she has reignited her maritime disputes in the seas near China – the East China Sea with Japan and the South China Sea with Vietnam and other ASEAN members – and has begun a much more muscular defence of an expanded definition of her core interests.

What does this presage for China’s future behaviour as a power? The world has been so fascinated by the rise of China that reactions, even from scholars, have been extreme, predicting China’s imminent collapse or, at the other extreme, ‘When China Rules the World’, as one recent book was called. Logic, Chinese history, geography, and China’s present condition tell us that the truth is somewhere in between and much more complex.

Past is not present

There is today a cottage industry of scholarship explaining China’s behaviour by referring to its history, to the so-called tributary system, to ancient Chinese barbarian-handling manuals, and so on. It is true that, like India, China has a well-developed tradition of statecraft, stretching back at least two and a half thousand years. But, unlike India, China’s is essentially a history of statecraft within a closed system of ideologically and ethnically homogenous states or entities. Those who were not of the same ethnicity, or not Han, were sought to be assimilated or Sinicised through a process of acculturation, starting with the Chinese language and philosophy which acknowledged no equal. The Chinese saw no alternative or other manner of statecraft until the contact with India and Buddhism in the Tang. For a proud people who had no real experience of coping with diversity or a world of equals (except under “barbarian” dynasties like the Mongols), the shock of contact with military and economic superiority of the West in the 19th century was thus much more for China than for Japan or India.

History has left China with a fear of barbarian encirclement, and a strong drive to status/‘face’ and power after what they regard as “a century of humiliation” and colonial degradation – a fate that Sun Yat Sen described as worse than India’s because, he said, ‘India was the favoured wife of Britain while China was the common prostitute of all the powers’. The goals that China pursues in the international system today, of status/‘face’, of the China Dream, are a direct result of this narrative of Chinese history, which the CPC has appropriated to argue that only the Communist Party can realise and restore China’s pride. As Mao declared on October 1, 1949 at Tiananmen Square, “China has stood up … Without the CPC there is no new China!”

Taken together, history and the trauma of the long 19th century left China self-centred, lonely, seeking respect, and touchy.

These emotions are heightened by the effects of geography, and China’s present condition.

In any case, historical patterns and strategic culture only partly explain China’s behaviour today. If they did, there would be clear consensus among historians and they would be able to predict China’s behaviour, which they are notoriously bad at.

Unlike the US, which is protected by two of the worlds largest oceans, China is in a crowded neighbourhood, has land boundaries with 13 countries, has only two allies — Pakistan and North Korea – and some of her neighbours with whom she has difficult relations have also been accumulating hard and soft power and working with each other, such as Japan, India and Vietnam.

Despite the considerable strides that China has made in acquiring power, she still lacks the capability to manage, devise or impose a political or security order in her immediate neighbourhood, the Asia-Pacific.

This is a function not just of the balance of power and the presence of the United States, but also of her inability to offer a normative framework, and, because of the nature of China’s relations with significant countries like India, Japan, Vietnam, Indonesia, Russia and others. If China cannot, and the US will not continue to, provide security in the commons through alliances and bases, we should expect continued instability in the Asia-Pacific. Optimists – and those who want to change the status quo, like China – call this outcome multipolarity and welcome it, since instability offers space to pursue one’s interests and opens up the possibility of improving one’s position.

Can the world economy recover and prosper amidst such political and security instability, and in the economic fragmentation that the TPP, RCEP and other regional free trade agreements represent? My own sense is that it cannot. Also, the natural reaction to prolonged insecurity and strategic competition between states in the region would be to form coalitions and alliances, formal or informal.

Just as her professed dedication to freedom or democracy has never been an accurate predictor of US behaviour, China’s professions of win-win diplomacy, Confucian benevolence, and economic priorities are unlikely to serve as an indicator for future Chinese behaviour. Instead, as I have said, the drivers of Chinese foreign policy are likely to remain the quest for status and the acquisition of power – political, military and economic. The only consideration that might override them, in some hard to conceive and unlikely circumstances, is regime continuity in China. If rule by the CPC elite is threatened by the consequences of the drive for status and power, that push will be limited or modified. But for the present, the world should expect more of the “assertive” China. Her own ambitious goals make it so.

At the same time, it is important to make a realistic assessment of Chinese statecraft. People around the world usually assume China is better at the application of power than others. This may not be true, particularly when one looks at the consequences of their recent policies, which have united their neighbours against them, or when you look at their limited ability to shape the environment around them and in the world. We tend to see Chinese under every bed around the world, but in fact, China often creates the impression of power by not actually exercising it. Instead it is the informal spread of her people and economic influence — as in Laos, Myanmar, etc — that is working for her.

Where China is better at the application of power is in her unique willingness to take risks. The Great Leap Forward was a gamble that failed (and led to over 30 million dead in the subsequent famine), while Reform and Opening Up was a gamble that succeeded spectacularly. Objectively, there was no real reason to expect one to fail and the other to succeed when they were initiated. Both were policy gambles. Both relied on external support, from the Soviet Union and the US, respectively. What made Reform’s success possible was the willingness to pragmatically experiment and change as they went along — “feeling the stones underfoot while crossing the river” as Deng said.

The third aspect of the application of force in which China is different is in the use of force short of war, in small doses, and in the use of the threat of force rather than force itself. Chinese history and novels like San Guo are replete with instances of such uses of force, not of epic wars like the Mahabharata and Ramayana. In 1962, India was ready to fight WWII while the Chinese fought a very different small war to a political plan.

However, none of these — understanding the limits of power, risk-taking, and the use of force short of war— guarantee success in all situations as the Chinese war on Vietnam in 1979, and the effects of her post-2008 assertiveness show. Nor have they arrested the steady decline in the legitimacy of the CPC internally or its shrinking ability to control Chinese society and thought.

In institutional terms, Ian Johnson makes the valid point that the effective shelf life of a Chinese leader today is no more than that of a politician elected for five years. While he knows that he will be the leader five years before his appointment when he is brought into the Politbureau Standing Committee, his period of effective power is the first three or four years of his first term. So, for instance, the jockeying for the next Party Congress in 2019 will start by 2017 at the latest, and Xi Jinping’s successor will join the PBSC at that Congress. Since the iron rule of age and two term limits was imposed, this in itself limits the freedom of manoeuvre of a Chinese leader, just as the prospect of re-election distracts a democratic leader from governance in his/her last two years in office. Nor can one argue that the Chinese bureaucracy is more efficient than others — just ask any ordinary Chinese or try living as one.

The inability to make fundamental changes in the nature of one party rule and to actually change the role and influence of the state owned enterprises of the present regime in China which came in with such grand promises suggests that the rigidities in the Chinese system should not be underestimated.

In other words, the world must prepare itself for a more assertive China but should get past the myth of the superhuman and farsighted Chinese leadership and the hyper-efficient Chinese state which is intrinsically superior. China’s leaders are human and, like the rest of us, do great things occasionally but also make mistakes.