After Uri, it Is Time to Move Beyond Bluster

Every "deshbhakt" has a long wish list as to how the prime minister should be doling out maximum pain to Pakistan. Will he be able to escape this trap? 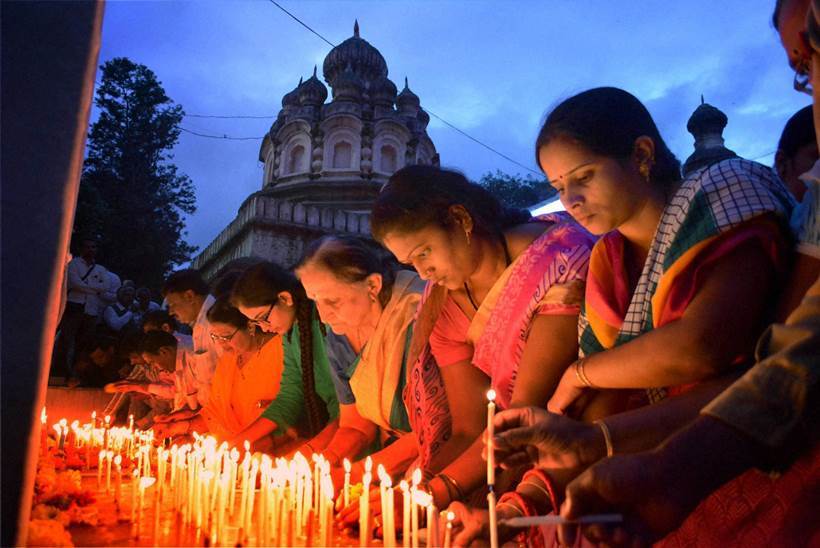 People pay tributes to the army soldiers who were killed in the Uri attack, in Karad, Maharashtra. Credit: PTI

It was Henry Kissinger, that wily old fox and an immaculately immoral practitioner of realpolitik, who had once drawn attention to the domestic dimension of the use of force as a preferred strategic choice. Democracies, according to him, can be creative in their pursuit of an aggressive and muscular foreign policy only if there is a domestic solidity; otherwise, he argued, “concessions that are necessary from the pragmatic point of view can be used by domestic opponents as a demonstration of weakness”. The absence of such a consensus means that “there is a constant temptation to raise the stakes”.

This Kissingerian caution against “temptation to raise the stakes” may be worth a recall as we ponder over ways of inflicting revenge and retribution on Pakistan for the Uri outrage. It is being indignantly demanded, in loud and angry voices, that the prime minister live up to his manufactured image of a tough, no-nonsense “Namo”. Raising the stakes, a minister in the prime minister’s office has argued that not teaching Pakistan a lesson would be tantamount to “cowardice”. Our embarrassingly vacuous raksha mantri keeps raising the stakes for the prime minister. The sentiment in the blogosphere is being stoked up to a feverish pitch. The prime minister is being tauntingly reminded that first there was Dinanagar, then there was Pathankot and now Uri has happened on his watch. It is hinted that all the old “Namo” verities are sounding hollow. And every deshbhakt has a rather long wish list as to how the prime minister should be doling out maximum pain to Pakistan.

Can the prime minister escape the trap that is being laid for him by his own crowd? The hinges are being oiled every night by the anchor-centurions and their fellow-travellers on social media. Is there still enough sanity and wisdom in the “system” to help the prime minister and his colleagues, ministerial and political, to understand the nature of this trap? Unless we are able to undertake this analysis, we will continue to face Pathankots and Uris.

Let it be understood that this trap is self-inflicted. We have been constructing this trap for ourselves for the past three decades. Many planks have been used in the process.

First, there is this old angry Hindu sense of humiliation that the “Mughals” ruled “us” for over five centuries. Pakistan is seen as extension and continuation of those painful historical memories. This historical narrative gets invoked periodically whenever it is convenient for our internal domestic political disputes.

Second, our refusal to factor in Pakistan’s lingering sense of strategic shame over Bangladesh. Because of our peculiar domestic compulsions, we have chosen to forget that India had inflicted on Pakistan the most decisive, most substantive and most comprehensive military defeat the world had known after World War II. The December 16, 1971, instrument of surrender which we made Lieutenant-General A.A. Khan Niazi sign in that Race Course in Dhaka remains the only document of defeat so elaborately and so humiliatingly scripted since General Douglas MacArthur accepted the Japanese surrender aboard the USS Missouri on September 2, 1945. We have forgotten that history and its implications for us – and for our defeated adversary.

Third, because, again for our domestic reasons, we have divided ourselves into two categories: the woolly-headed Nehruvians and the strong-willed deshbhakts. The secularists are accused of having bred a certain timidity. They are suspected of lacking fire and patriotism and are, therefore, accused of being incapable of standing up to the Pakistani challenge. On top of it, the Nehruvian secularists are deemed to be guilty of not letting our armed forces “sort out” Pakistan.

The fourth plank flows from the first three. Our instruments of war and coercive diplomacy are potent, powerful and persuasive. We enjoy an overwhelming superiority over Pakistan and we can “teach” Pakistan a lesson whenever we so decide. All that is needed is a political helmsman who would be decisive and is not afraid.

Admittedly, political parties and leaders have to take different positions so as to mark themselves apart from others on Pakistan – just as they do seek to differentiate themselves on the other issues, such as economy, foreign policy and social vision. But when it comes to Pakistan, our political posturing not only becomes strident, it also metamorphoses itself into a policy. It is nothing but a national tragedy that very large segments of our strategic community have aided and abetted this self-serving argument. We have sung this song for too long. Our armoire is overflowing with bluster and posturing.

Our strategic experts quarrel among themselves very loudly about Pakistan’s intentions; some feel cleverer than others in their knowledge of the lay of the land between Islamabad and Rawalpindi; some think they have found the smoking gun and declare that “enmity towards India”  is the raison d’etre of the Pakistan army. In all these self-pleasing nitpickings, we underestimate the Pakistan security establishment’s coherence and cunning. Worse, we end up not undertaking the commensurate sharpening of our tools of persuasion and coercion, overt and covert, against an implacable adversary.

Since “9/11”, we have overloaded ourselves with another burden. And this is the burden of the US’s “war on terror”. Before 9/11, we were efficiently and effectively taking care of the insurgents and militants, including those who came from across the line of control. We seem to have forgotten how ruthlessly and how clinically we dealt with the much-vaunted “guest mujahideen” all those years.

Because we so easily allowed ourselves to be roped into the American rhetoric of “war on terror”, we have ended up according a hugely disproportionate voice and role to the armed insurgent. In the process, we have allowed Pakistan and its deep state a relatively cost-free handle to play with our sense of strategic equilibrium. Hence, when an Uri takes place, we experience national convulsions.

The Uri incident should be a wake-up call. Let us be unsentimentally clear on a few elements. First, there can be no two opinions about Pakistan’s mendacity. Nor is there any doubt that Pakistan uses terror groups as instruments of state policy. It will continue to harm us whenever and wherever it can. But instead of moaning and complaining, we need to get on with the business of forging appropriate instruments and responses.

Second, Pakistan is not intimidated by Namo. We may mesmerise ourselves with our own hosannas, but the outsiders are not easily impressed. The sooner we recognise this, the better off we will be as a nation. It is unfair and unrealistic to attribute so much potency to a single leader; it only makes us neglect the requirement that we rectify our operational lapses and deficiencies.

In the current context, the incumbent security establishment stands exposed as being incapable of playing the elementary realpolitik game. It is, in fact, a colossal strategic stupidity not to have anticipated some kind of Pakistani mischief, given the extensive turmoil in the Kashmir Valley. And if our erratic raksha mantri is to be believed, there were actionable intelligence inputs. This is the one lesson we must learn from the Israelis – unflinching preparedness and uncompromising professionalism on the part of our armed instruments. That lesson, if well learnt, may be worth the martyrdom of 18 soldiers.

Harish Khare is Editor-in-Chief of The Tribune, where this article was first published.