South China Sea Verdict is a Blow to Beijing, It Must Now Find a Way to Back Down

China may have denounced the verdict, but it cannot continue to bully its neighbours. The international community must now work to make it part of the solution. 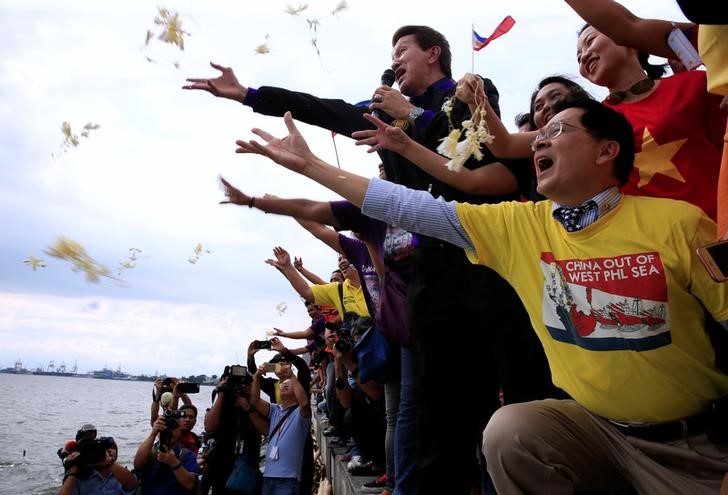 The Permanent Court of Arbitration’s arbitral tribunal in its verdict on the South China Sea issue has decisively held against China’s expansive maritime claims in those waters. China has already denounced the verdict and declared that it has no intention of honouring it and the global community has no means of enforcing the judgment. Indeed, the only legal mechanism that exists is a move under Chapter VII of the UN Charter. But, as we know, such enforcement moves can only be made by the UN Security Council (UNSC), of which China is a permanent, veto-holding member.

The biggest issue arising from the verdict is the question of the rule-based international system. Since 1971, the world community has made an effort to bring China into the international system. It has since then become a member of the UNSC, the United Nations Convention on the Law of the Sea (UNCLOS), the Non-Proliferation Treaty, the Wold Trade Organisation and other such regimes. By ratifying UNCLOS and accepting its provisions, China has made a solemn treaty commitment, which it is duty-bound to uphold.

By insisting that it had the right to judge whether or not it was party to a compulsory dispute-settlement mechanism, China undermined more than 50 UN conventions that allow a party to a convention to insist on arbitration if disputes cannot be resolved through negotiation. This has implications not just for international agreements, but everyday business dealings where some form of arbitration are part of agreements.

In ratifying UNCLOS, China has voluntarily and freely accepted the agreement as a whole, which means an acceptance of its compulsory dispute resolution mechanism. Last October, the arbitral tribunal actually looked at the issue as to whether or not it had jurisdiction and concluded that it did indeed have jurisdiction under Article 288(4) of UNCLOS.

China has to accept the tribunal’s decision because UNCLOS rules say that it is the tribunal that decides whether the exclusions claimed by a state apply in a particular case, not the state itself. The tribunal’s award is final and without appeal. This is not unique but normal international practice in cases of arbitration.

However, realpolitik, and indeed the immediate Chinese reaction would suggest that the decision of the tribunal is unlikely by itself to persuade China that its claims in the South China Sea lack the ‘historic’ basis it insists on. But educating China is just one aspect of the situation. The other is the fact that the South China Sea issue will be grist for China’s nationalistic mill. It remains to be seen whether Beijing whips up nationalistic rhetoric beyond the high it is already at.

China could further aggravate the situation by evicting the Philippines from the Scarborough Shoal and building an artificial structure on it. Or, it could station fighter aircraft on the artificial islands and declare an air defence identification zone (ADIZ) over the South China Sea.

Does China really think that it can trash UNCLOS and have normal relations with it South-east Asian neighbours? These countries now have a document – the arbitral tribunal verdict – that questions Beijing’s more alarming claims on the South China Sea. After the verdict, any effort to consolidate Chinese positions in the Scarborough reef will be treated as a hostile action by the Philippines. Likewise, an ADIZ or more aggressive patrolling would be seen as bullying by the smaller states of the region like Vietnam and Malaysia. China may be able to consolidate its military supremacy in the South China Sea, but it will be at the cost of huge reputational damage and the hostility of its maritime neighbours whose sense of grievance will be aggravated by the verdict.

The verdict will not stop China, neither will the freedom of navigation patrols and diplomatic démarches. What is needed is a diplomatic deal through which China can be aided in getting off its untenable perch. The problem is in figuring out what China’s goals are. If it is looking at the South China Sea as a means of pressuring the US into its concept of a ‘new type of great power relations’ in which both sides recognise their respective core interests, then things may not work out.

On the other hand, there could be regional solutions to reverse the course in certain key areas and shelve the disputes, especially in the light of the unambiguous verdict of the UNCLOS tribunal, which in a sense has questioned not just China but other states that are seeking an expansive interpretation of UNCLOS to advance their respective claims. For instance, China could once again permit Filipino fishermen to access Scarborough Shoal and in exchange, the Philippines could withdraw its military contingent from the Second Thomas Shoal. Both can agree to demilitarise the fishing areas. Likewise, the disputant states could quietly agree to pull back from the many features they have occupied and which the tribunal says in themselves cannot support “habitation by a stable community”, nor are worthy of getting their own maritime zones.

Thus, the challenge is to convert China from being a problem to be a part of the solution. This is something that can only be done through the diplomatic process and in the coming days, the international community and in particular big powers like the US, EU and Russia, must speak with a clear and firm voice, even while looking for face-saving means of aiding China to discreetly back off. Any other course will only be fraught with consequences that are difficult to predict.

Perhaps the biggest role here is for the United States.

Let us be clear that while regional states like the Philippines, Vietnam and Malaysia may be the disputants with China, there is another order of quarrel between the United States and China which is aggravating the South China Sea situation. This relates as much to the differences in their interpretations of UNCLOS, which the US has not ratified, but claims to uphold, as to geopolitics. As the world’s sole superpower, the US uses international law to maintain forward deployments of its military forces, something that the rising power China resents. Many of the clashes and near clashes that have taken place have been related to US military movements in China’s adjacent seas. The US therefore can be as much part of the solution as China can be.