What Lies Ahead for India After Joining the Shanghai Cooperation Organisation

India’s membership of the SCO is a manifestation of the reality that India’s interests are as much in the Indian Ocean as the Eurasian landmass. 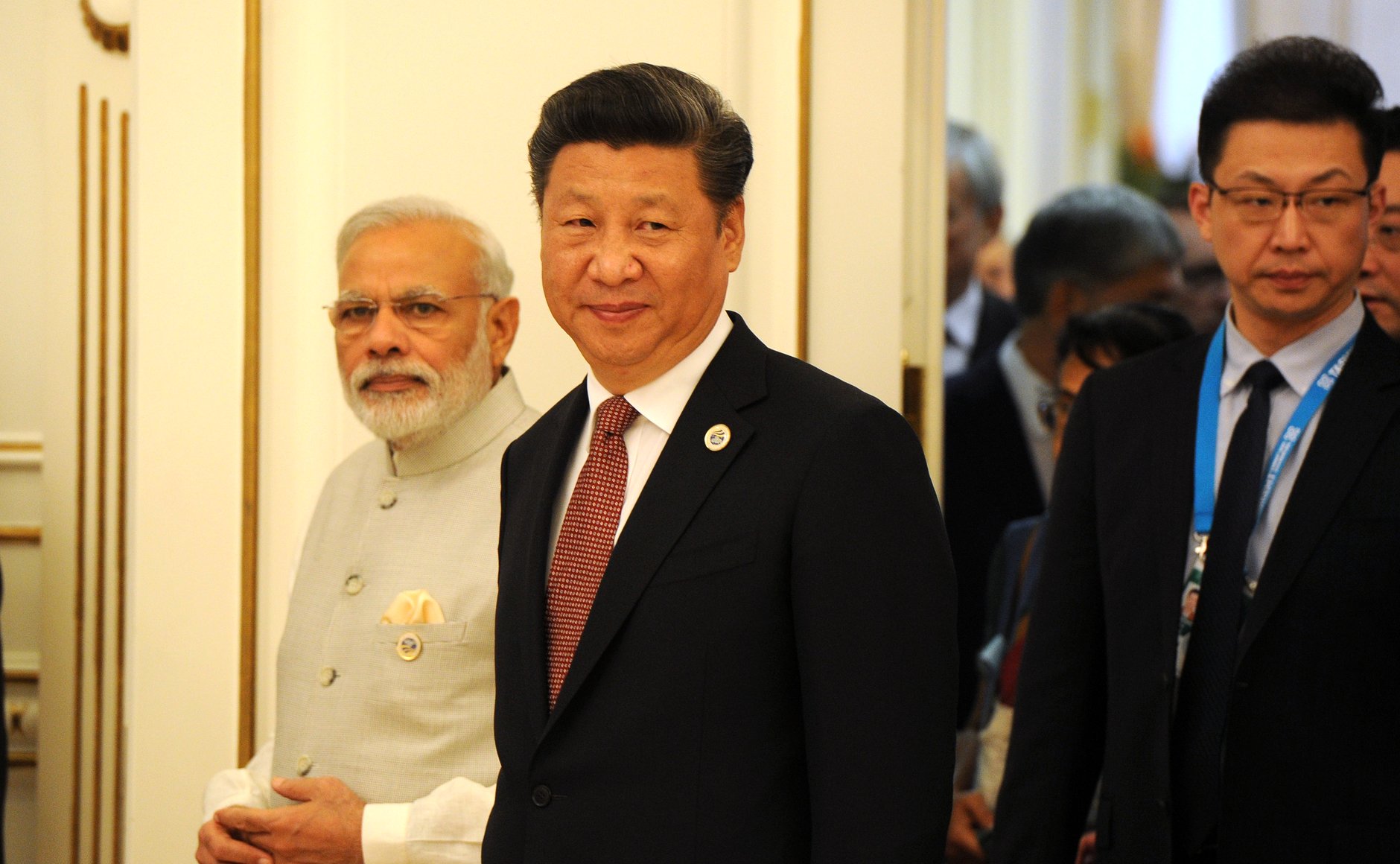 Prime Minister Narendra Modi’s visit to Astana, Kazakhstan, to attend the 17th summit of Shanghai Cooperation Organisation (SCO), in which India and Pakistan participated as full members, does not have the razzmatazz of his visits elsewhere. His encounter with Nawaz Sharif, his speech at the summit, his meetings with the principals like President Xi Jinping of China, were all low key, perhaps befitting our rookie status in the organisation.

Nevertheless in his speech to the summit, he emphasised the importance of upholding the principle of sovereignty and territorial integrity in formulating connectivity schemes (China-Pakistan Economic Corridor and Pakistan Occupied Kashmir). He also raised the issue of sustainability and inclusivity and spoke of India’s commitment to the Chahbahar project and the International North South Transportation Corridor, and its desire to join the Ashgabat agreement. He spoke of the importance of the fight against terrorism, as well as radicalisation, recruitment and financing, and said that the SCO efforts in this direction were praiseworthy. In attacking terrorism, Modi was not as direct as he has been in other recent instances when he pointed fingers at Pakistan.

Likewise, Indian official noted that the Modi-Xi meeting was “positive and cordial”. Clearly, Modi did not badger Xi on account of Nuclear Suppliers Group and Masood Azhar, leader of the terrorist group Jaish-e-Mohammed, this time. He remained content to tell Xi that the two sides should strengthen their coordination and communication in international affairs, respect each other’s core concerns and appropriately handle their differences. This mirrored the Chinese view where, according to Chinese foreign ministry, Xi told Modi that the two states should “appropriately control and manage differences on sensitive issues.” Modi acknowledged in a tweet that his discussions with Xi were about “how to improve and further ties.” China will assume the presidency of the SCO in 2018.

Joining the SCO is a smart move by India that will offer us a long term, rather than any short-term, gain, provided we understand what that means. By itself, China would not have liked to include India in the grouping. But it has done so at the insistence of Russia and has finessed things by insisting on simultaneous membership for its protégé Pakistan.

India’s membership of the SCO is a manifestation of the reality that India’s interests are as much in the Indian Ocean as the Eurasian landmass. Srinagar and Leh are nearly at the same latitude as Kabul and north of Lhasa and Kandahar.

Indian history reflects this duality since it features great maritime empires such as that of the Cholas, as well as the continental ones of the Mughals. The grand strategy of British India, who shaped the identity of India as we know it now, was to maintain total control of the Indian Ocean, even while ensuring no major land power came within striking distance of India.

Independent India has always been friendly with Afghanistan and after the collapse of the Soviet Union, it befriended Central Asia. But in recent years, with Afghanistan in turmoil and with Pakistan blocking land access, India had to take the back seat to China, which has used its proximity to not only develop important economic linkages to Central Asia and Afghanistan, but it is now using the region as a junction for its ambitious Silk Road Economic Belt heading to Europe.

The SCO membership offers multiple opportunities to Indian diplomacy. First, it provides a platform for India to engage Pakistan in a wider regional setting. Our ties with Islamabad are not going to be permanently frozen as they are now. In fact, the SCO platform may be a good way to unfreeze them by pushing Pakistan to enable India’s overland access to other SCO countries. It is true that Pakistan can always be counted on to cut its nose to spite its face. But some prodding by other members like China and Russia could help and it is difficult to believe that Pakistan will maintain its blockade forever.

Second, it is an opening for India to reach out to China, bilaterally as well as to deal with Pakistan. China is seeking to promote its China-Pakistan economic corridor. But Chinese investments in Pakistan will not provide the returns they seek, unless the Pakistani economy is integrated with the larger South Asian region. China is not unaware of India’s importance as a market and as a destination of its overseas investment. It is for this reason, it has taken a fairly relaxed stance on New Delhi’s rejection of the Belt and Road Initiative (BRI).

Third, it provides India with a hedge for its maritime strategy which emphasises cooperation and developing security networks with the US, Japan, Australia and Vietnam. With the US pulling out of the Trans-Pacific Partnership and its posture on the erstwhile Asian pivot uncertain, India needs to shore up its continental strategy. Even Japan is now backtracking a bit and seeking to reach out to China by supporting BRI and considering membership in the Asian Infrastructure Investment Bank.

As for India, it is right and proper for the government to emphasise India’s claim over Gilgit-Baltistan, pending the resolution of the dispute with Pakistan. However, there is also something called pragmatism. New Delhi needs to take a pragmatic approach to the projects in Pakistan-occupied Kashmir, considering it has lived with the Karakoram Highway that passes through Gilgit-Baltistan since the 1970s. India could negotiate this issue with China, possibly getting Beijing to lift its hold on the funding of development projects in Arunachal Pradesh. Pragmatism, of course, will have to be a two-way street. But it is the only road to what the Chinese call “win-win” formulations in the India-China-Pakistan context.

In this, the presence of Russia in SCO is an important element. Moscow has never been too enthusiastic about China’s goals of closer integration of China, Russia and Central Asia because it considers its former republics as part of its own sphere of influence. Even today, though there is formal cooperation between the BRI and the Eurasian Union, the latter keeps Chinese trade away from Central Asia, to the extent that it can. Russia is an old friend of India because they have a congruence of interests. The SCO will now have a roughly triangular shape with China, Russia and India being three important points and given China’s growing military power and its economic strength, India and Russia may find common cause in shaping the future of Eurasia.

From the point of view of its new members, the most interesting aspect of the SCO will be its military component. It may be recalled that the organisation itself sprang from the Shanghai 5, an outfit that emerged from border demarcation and demilitarisation negotiations between China and the Central Asian republics.

In 2001, it gave way to the SCO, and included Uzbekistan and, in 2002, its charter was fleshed out with the view of resisting the US push in Afghanistan and Central Asia. Its charter spoke of the goals of promoting cooperation in politics, trade, economy, technology and so on and to making joint efforts to promote peace, security and stability. Its two permanent bodies are the secretariat in Beijing and the Regional Anti-terrorist Structure based in Tashkent.

There have been a regular stream of military exercises and in  2007, the SCO also signed an agreement with the Russian-led Central Security Treaty Organisation for closer cooperation and joint exercises. This stoked fears in western countries that it was emerging as a counter-weight to NATO. However, with the American failure and draw-down from both these places, the push towards a closer military integration of SCO has also reduced.

Since then Beijing has moved bilaterally by developing pipelines and railroad routes to shift the centre of gravity of the CARs towards China. In this it has moved carefully so as not to upset Russia, which had created the customs union of the CARs and Russia into an Eurasian Economic Union (EAEU), an energy powerhouse holding a significant proportion of the world’s energy reserves. But the relative weakness of the Russian economy and the strength of the Chinese, has resulted in steady gains for the latter, including a proposal announced after a Russia-China summit in march 2015 to link BRI with EAEU. The idea is to move towards an free trade agreement.

For Russia, an Asian pivot is a means of off-setting the economic sanctions of the West European nations, while for China, it is part of a long term project that seeks to integrate Eurasia under Chinese auspices. For the Chinese, Xi in particular, the assumption of the chairmanship of the SCO, which overlaps many important BRI initiatives, will be an important means of positioning Beijing as a leader of globalisation in the Trump era.

It could well be the forerunner of an Asian security system, of the type Xi proposed in 2014 when he presided over the fourth summit of the Conference on Interaction and Confidence building measures in Asia (CICA), an outfit that fits in well with SCO since it was initially mooted by Kazakhstan. Today, CICA counts as its members countries of SAARC, GCC, China, Russia, Turkey Vietnam, Mongolia and Israel.

As we enter the SCO, we need to look at the larger context of Asian geopolitics, and the inroads China has already made and plans to make through BRI. As Modi hinted, India is not without options such as its Chahbahar scheme and the International North–South Transport Corridor. But this requires resolute leadership, especially since the Trump administration seems determined to rock the Iran agreement boat.

Manoj Joshi is a Distinguished Fellow at the Observer Research Foundation.