'US Using Military, Technical Cooperation to Get India Into Anti-China Camp': Lavrov

The Russian foreign minister said the ulterior motive behind this is to undermine New Delhi’s relations with Moscow. 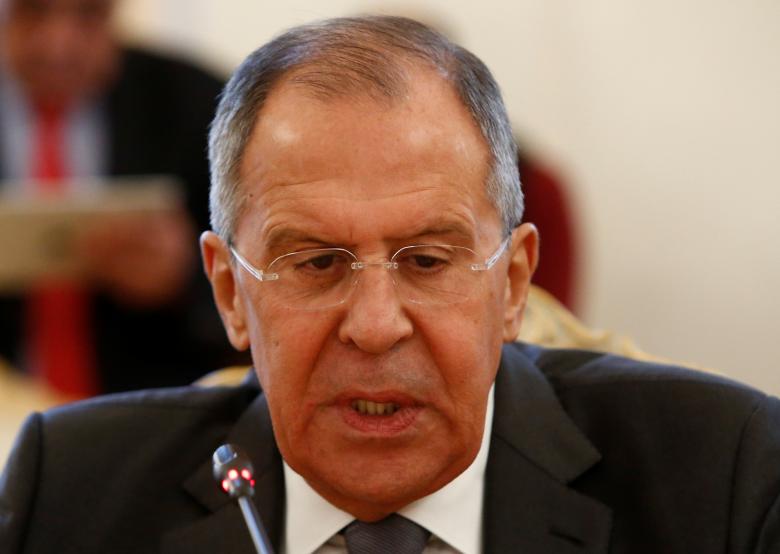 New Delhi: Russia on Wednesday asserted that India is being subjected to a “devious” policy by the US-led West through military and technical cooperation to join the anti-China camp and also undermine New Delhi’s relations with Moscow.

The Russian foreign minister Sergei Lavrov has been a long-standing critic of the Indo-Pacific term and the formation of the ‘Quad’ over which there has been disagreement with the Indian establishment.

These sentiments were reiterated and amplified by Lavrov in an address to the Moscow-based think tank Russian International Affairs council on Tuesday.

“Rejecting the objective trends towards the formation of a multipolar world, the US-led West has launched a ‘game’. It has postponed Russia and China for later and is trying to draw all others into a unipolar world by any means possible,” said Lavrov, as per a transcript released by the Russian foreign ministry.

Lavrov noted that Russia and China were not going to be “subordinate” to the West, but expressed concern that New Delhi was being coerced into the US camp.

“However, India is currently an object of the Western countries’ persistent, aggressive and devious policy as they are trying to engage it in anti-China games by promoting Indo-Pacific strategies, the so-called ‘Quad’ while at the same time the West is attempting to undermine our close partnership and privileged relations with India,” he said.

India is also currently engaged in military stand-off with China in eastern Ladakh, which began in early May.

The Russian foreign minister suggested that United States’ moves to embrace India with closer military ties was calculated to induce New Delhi to align towards the West. “This is the goal of the US’s very tough pressure on New Delhi in the MTC (Military and Technical area”.

Earlier, he had accused European countries, especially Germany, of acting as proxies for Washington. “Judging by everything we see, the European Union (EU) has given up its claims to its role as a pole in the multipolar system that is taking shape for objective reasons, and is following in the wake of the US. Germany’s recent policy on many issues convinces us that this is exactly what Berlin wants to do, preserving its claims to full leadership in the EU”.

He also took aim at the “rules-based order” and “fake multilateralism” supported by the West. “They are promoting these concepts by presenting the EU’s positions and initiatives to the entire world as the only correct ones, as a model for others to follow. We do not agree with this approach”.

Also read: A Day After 2+2 Dialogue in India, China Accuses US of Violating Diplomatic Norms

These are old bugbears for Lavrov, who had also articulated his objection against these concepts at the Raisina dialogue this year. “Why do our Western friends insist on a rules-based order and not international law?” he asked in January.

The Russian leader also termed the coinage of “Indo-Pacific” as unnecessary, and endorsed “Asia Pacific” as an adequate term. Moscow has publicly asserted that the Indo-Pacific concept was aimed at reconfiguring the existing security architecture in a direction that will lessen the centrality of the ASEAN and give it a pronounced anti-China slant.

India is a strong votary of a “rules-based world order,” which is an essential part of its foreign policy utterances at various fora.

While India remains a part of the ‘Quad’ and a vocal backer of the Indo-Pacific, New Delhi has accepted Moscow’s sensitivity on bilateral platforms. The joint statement of the last annual summit held in 2019 referred to building an “equal and indivisible” security architecture in “Asia and the Pacific region” and call for intensification of discussions on integration of “regions of Indian and Pacific Oceans”.