Among Trump's List of 'Hostages' He Brought Back, US Pastor Arrested in India

Pastor Bryan Nerren, held for flouting RBI and FEMA rules, was among six 'hostages' who appeared in a video with Trump. 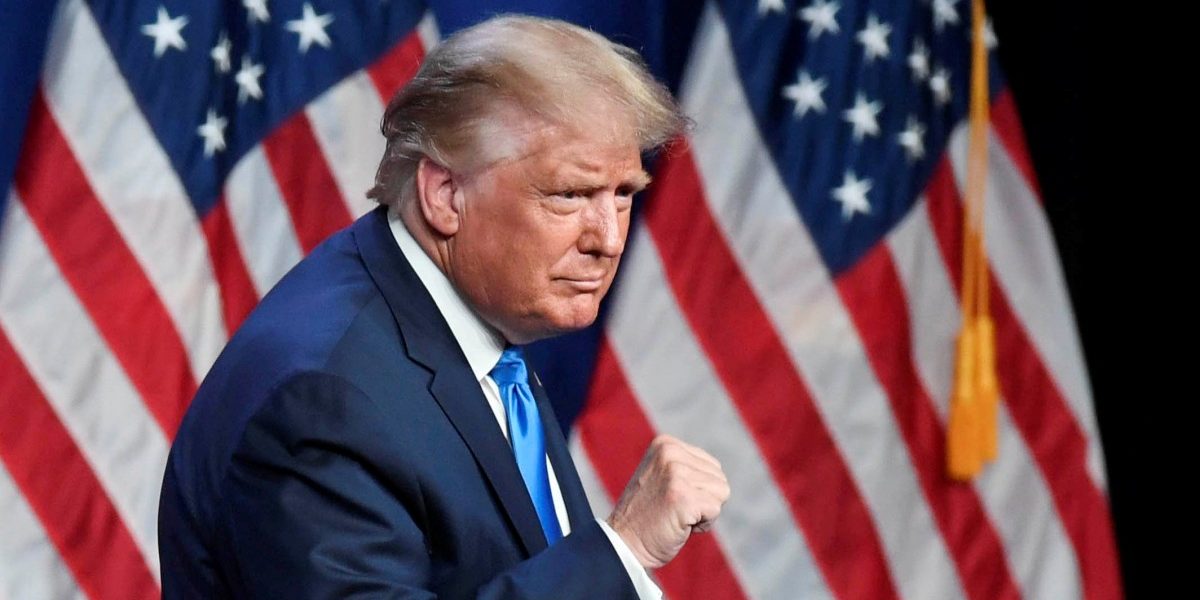 New Delhi: An American pastor who had been arrested in India for carrying undeclared currency featured in US President Donald Trump’s roundtable of ‘hostages’ who he claimed he had brought back from various countries, at the Republican National Convention on Tuesday.

“We have six incredible people who were held hostage by various countries, and I am very pleased to let everyone know that we brought back over 50 hostages from 22 different countries,” said President Trump in his opening line in the video.

He then asked each of the persons to introduce themselves and narrate their experiences.

The first one was Andrew Brunson, who was arrested by the Turkish government on terrorism charges related to the attempted coup in 2016 to overthrow President Recep Tayyip Erdoğan. “I was held in Turkey for two years and you took unprecedented steps to secure my release and your administration really fought for me and I think if you hadn’t done that, I still may be in Turkey,” Brunson said.

The release of Brunson in 2018 had led to a thaw in relations between Turkey and United States, which had worsened due to the arrest of the American pastor. The US had even imposed financial sanctions against the Turkish interior and justice ministers for their refusal to release Brunson.

The others included Michael White, a former US Navy officer, who was arrested in Iran when he went to visit his girlfriend in the city of Mashhad. His release was announced by President Trump on June 4, just as Iran also announced the return of an Iranian doctor.

Sam Goodwin had been held in captivity in Syria for two months, where he had travelled as part of his quest to visit every country in the world. According to media reports, the head of the Lebanese internal security had helped to facilitate his release, though his captors were not identified.

After being released by Venezuela, Joshua Holt had met with Trump at the White House in 2018. He was back again to take part in the roundtable of freed ‘hostages’ with his wife, Thamara Holt, who had also been arrested. Joshua had travelled to Venezuela in 2016 to marry Thamara and was thereafter arrested on charges of stockpiling weapons.

Notably, Turkey, Syria, Venezuela and Iran – the countries where the above Americans were held – are those with whom US has a difficult relationship or are in a conflict zone.

However, the last US national to be featured on the roundtable was brought back from India, with whom the Trump administration has very close strategic ties.

Also read: From Howdy Modi to Namaste Trump, Two Leaders Heap Praise on Each Other

Narrating his experience, Pastor Bryan Nerren said that he had a “unexpected” stay in India. “I was not going to India. I was going through India to Nepal, where we have been working for last 18 years. But, on behalf of myself, my family, thank you for getting us out and getting us home,” he told President Trump.

A report by The Telegraph from October 2019 states that the US national had been arrested for allegedly carrying $40,000, eight times beyond the permissible limit, at Siliguri’s Bagdogra airport. He was charged under the Customs Act and accused of violating RBI and Foreign Exchange Management Act rules because he was carrying a large amount of foreign currency.

“The darkest moment of our whole time together, your letter to my wife came and really gave her hope and peace. From that time forward, as more people got involved, especially the ambassador there in India, things became more peaceful and hope was there in the last four months that we would come,” the Tennessee-based pastor stated in the video.

There had been a campaign for his release led by the American Center for Law and Justice, a Christian social advocacy organisation. They had asserted that Nerren had been targeted by Indian authorities for supporting “Christian causes”.

In March, four US lawmakers had also written to Indian foreign secretary Harsh Shringla calling for his release.

Trump then added that he had apparently taken up Nerren’s case, and said that this may have expedited his release. “India responded very well to my request, so we appreciate that,” he said.

Nerren travelled back to Tennessee on May 21 after eight months in India. While he did not stay in jail for more than six days, Nerren had been unable to leave India as his passport had been confiscated.

On return, Nerren told local media that an Indian Customs agent had explained to him that his arrest was part of a campaign to target US missionaries in India. “The word he used is: we have been ordered to crush every American Christian coming into India, so they’ll never come back and stop bringing money to the Christians in India,” he said.

He also stated that his lawyer had tried to work out deals to release him, but those were largely fruitless. “The judicial system is corrupt. Everything was driven by bribes. I was robbed, extorted, and had to pay blackmail money in the end to come home,” Nerren said.