In the four years he led Burkina Faso before being assassinated on October 15, 1987, the revolutionary leader dared to 'invent the future' with visionary policies on education, health, women's rights and economic independence. 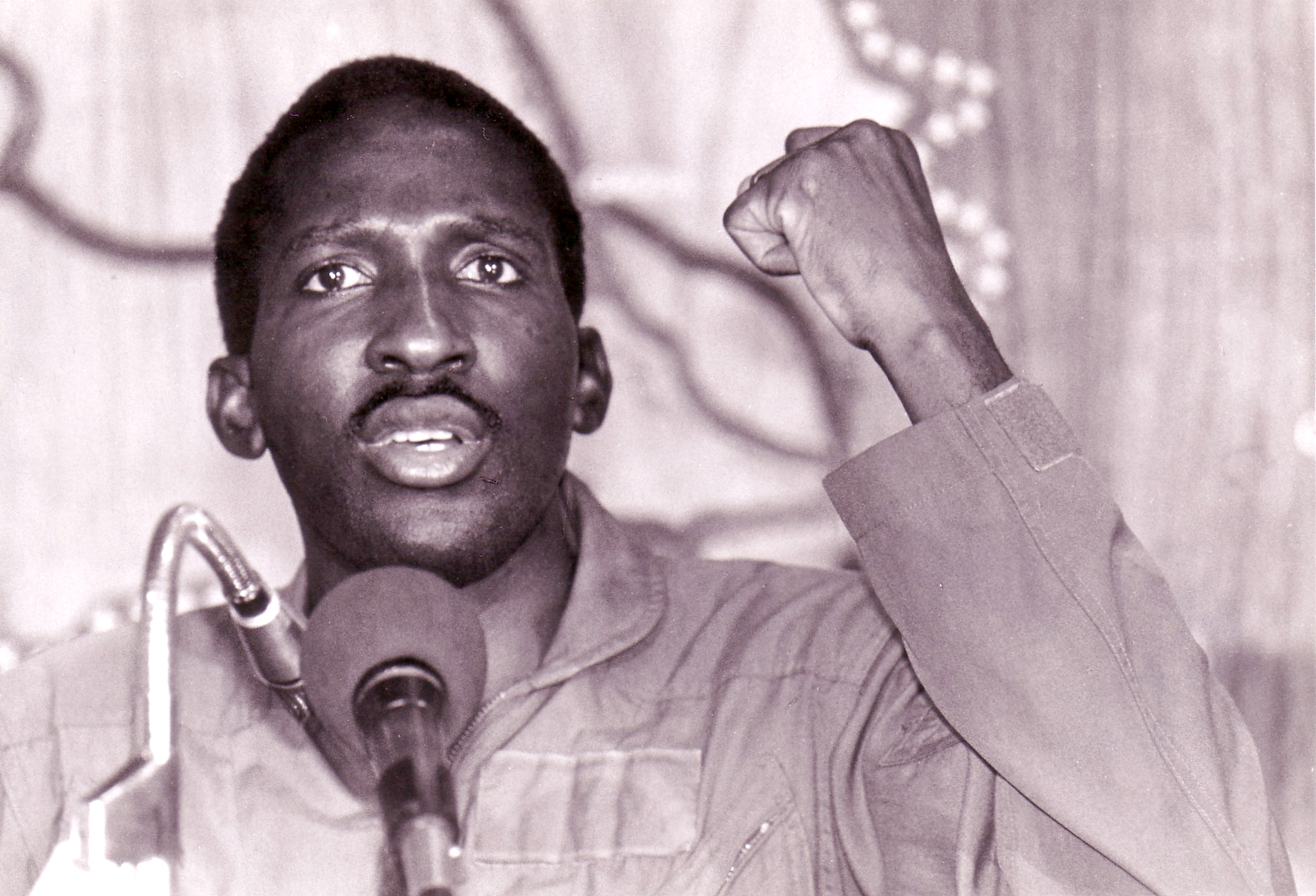 The constant media line from Western capitals is that Africa would be a much better place if only its leaders were to act in the interest of their people and not line their own pockets. But what happens to the very few who act on this principle?
The assassination of a popular young president almost three decades ago in one of the continent’s poorest countries is the price that people like him have to pay for taking the message on board.

Thomas Sankara became president of the west African nation of Upper Volta in 1983 – he renamed it Burkina Faso (land of the upright people) – a country so low down the pecking order even in Africa that the worst insult for the erstwhile Soviet Union in those days was to be called ‘Upper Volta with rockets’.

Sankara, the son of a gendarme who had fought in France, was sent to Madagascar for his officer training course. He was radicalised there after witnessing large demonstrations and strikes against a corrupt regime and became acquainted with Marxist literature. Sankara was propelled to the presidency in August 1983 after a series of military coups in which he participated but was not the leading figure.

The new president lasted only four years before being killed by soldiers loyal to Blaise Compaore, once his trusted ally, on the staircase of the presidential palace. In these four short years, Captain Sankara gained the affection of his people with his austere lifestyle, wide-ranging social care programmes and economic growth – but also unforgiving hatred from the national elite, as he stripped power away from them, and international notoriety for challenging Western influence in the continent.

At the start of his presidency, Sankara rode a bicycle to work but was persuaded to upgrade to a cheap Renault. He did away with air-conditioning in his office and sold off the fleet of official limousines. He lowered his own salary and forced top civil servants and army officers to donate a month’s pay for public projects. He declared his assets and his children studied in the public education system.

Sankara lived in a small brick house and dressed in locally produced cotton clothes. He was a competent jazz guitarist and all he had at the time of his death was a car, four bicycles, three guitars, a fridge and a broken freezer. His only luxury was a pistol with a mother-of-pearl handle.

Food sovereignty and local production were central to Sankara’s revolution. Cotton was, and is, the main local crop but whereas it was exported to pay off debts, Sankara redirected it to support the local textile industry. This also chimed with the president’s anti-imperialism: “Where is imperialism? Look at your plates when you eat. These imported grains of rice, corn, and millet – that is imperialism.”

New wells and reservoirs collected the scanty rainfall and farmers were encouraged to tackle soil and erosion and produce organic fertiliser.

The former UN special rapporteur on the right to food, Jean Ziegler, said these measures and a massive land distribution created an agricultural boom that eradicated hunger in only four years.

A “vaccination commando”, he ensure the immunisation of 2.5 million children in 15 days against meningitis, yellow fever and measles. By 1986, a UN assisted programme brought river blindness under control. He also involved 35,000 people in tackling the 90% illiteracy rate, educating people in nine indigenous languages.

Sankara marked September 22 as a day of solidarity when men were encouraged to go to the market and prepare the family meal so that they experienced what women faced daily.

Hundreds of new schools and medical dispensaries were built, many of these by communities with their own hands. Often there were not enough teachers or doctors to staff the new establishments. Burkina Faso started a huge public housing programme and nationalised the country’s mineral wealth.

Sankara was an environmentalist and women’s right advocate much before these had become part of public discourse elsewhere, much less in the continent. A campaign to plant 10 million trees was begun in 1985 to slow down the Sahara’s advance.

The president marked September 22 as a day of solidarity when men were encouraged to go to the market and prepare the family meal so that they experienced what women faced daily. A new family code set a minimum marriage age, established divorce by mutual consent and outlawed bride price. Public campaigns were undertaken against female genital mutilation, forced marriage and polygamy. Women were appointed to high offices and made up a fifth of his last two cabinets.

Sankara began ringing alarm bells in the West as he went beyond domestic radicalism to challenging the global debt and aid industries. “Debt is a cleverly managed reconquest of Africa,” he said, “a reconquest that turns each one of us into a financial slave”. The lenders would not die if the debt were not repaid, he told the UN General Assembly, “but if we repay, we are going to die”. He asked African leaders in 1987 to repudiate their debts en masse.

The country’s old dispossessed elites were desperate to depose him. The soldiers who carried out his killing were trained in the Ivory Coast by the Liberian war criminal Charles Taylor. They were linked to his defence minister, Compaore, a one-time communist and son-in-law of Ivory Coast’s president of the time.

President Francois Mitterrand of France was the last foreign dignitary to visit Burkina Faso under Sankara, where he rebuked the young leader, hand on shoulder, for speaking too sharply and straying too far. There are suspicions that Mitterrand’s convicted arms dealer son, Jean-Cristophe, who advised him on Africa and was known in the continent as ‘Papamadit’ (‘daddy told me’), might have been involved with the plot and was perhaps the conduit to Paris. Campaore later justified his coup with the argument that Sankara had damaged relations with neighbouring Ivory Coast and France. The grave of Thomas Sankara. Credit: Emeka B.

After his assassination on October 15, 1987, even as all the gains of the brief revolution were overturned, Sankara earned the sobriquet of Black Che. Ernesto Che Guevara too was killed in October, twenty years earlier, while trying to foment revolution in Bolivia.

Last year, Campaore was forced to flee the country after a huge popular protest when he tried to cling on to power. This September, the ousted dictator’s praetorian presidential guards tried to pull off a coup, which the United States and France apparently knew about beforehand. Both these countries have Special Forces stationed in the country and have a strong interest through mining corporations in Burkina Faso’s gold and manganese reserves. Another popular mobilisation forced the army to overturn the coup by the rogue unit.

Thomas Sankara was denied justice during the almost three decades of Compaore’s rule. Now his body has been exhumed, though DNA tests still have to confirm if indeed his is one of the 13 found in a mass grave and eight presidential guards implicated in the attack. The new authorities want to give him a state burial. A family lawyer said he was shot ten times in the chest, legs and head.

As iconic a figure as Patrice Lumumba for an earlier generation of Africans, the legend of Thomas Sankara refuses to die down. Thousands of young Africans make their annual pilgrimage to his nondescript grave. Sankara very much scripted his own epitaph: “You cannot carry out fundamental change without a certain amount of madness… I want to be one of those madmen. We must dare to invent the future.”