UN's Working Group on Arbitrary Detention said in a ruling that India has illegally detained Michel, violating the right to a fair trial and due process. 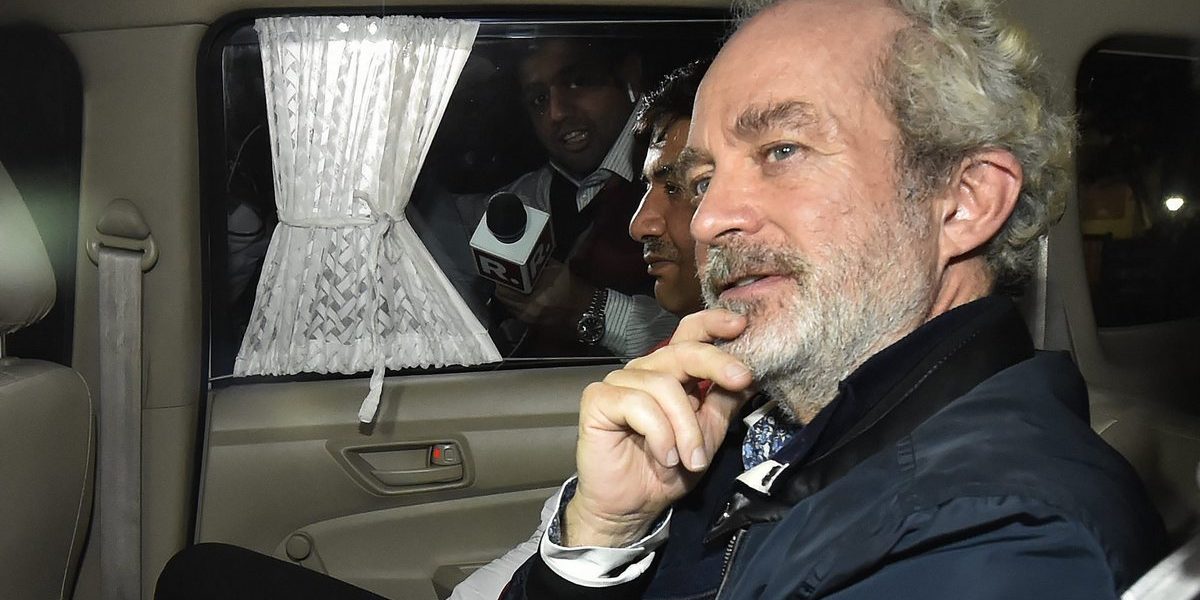 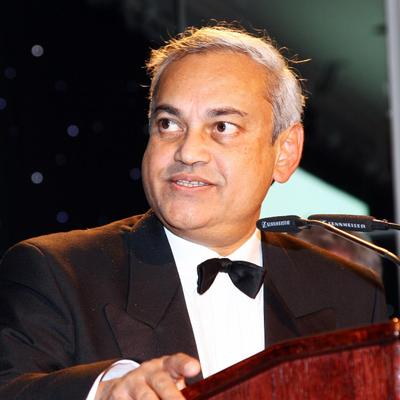 London: In an unprecedented indictment of India by any branch of the United Nations, the Working Group on Arbitrary Detention (WGAD), which functions under the UN High Commission for Human Rights, has censured India for its treatment of British aviation consultant Christian Michel, who has been in custody in Delhi for 27 months without a trial.

The Wire has obtained extracts of the order, which has not officially been released. It comes in response to an Anglo-French petition submitted on Michel’s behalf last year. India’s Ministry of External Affairs has rejected the WGAD’s opinions.

The story of WGAD’s decision being imminent and the likelihood of this being an adverse conclusion for the Narendra Modi administration was first and exclusively touched upon in The Wire on February 8.

The verdict is yet to be made public. But Michel’s lawyers – Paris-based Zimeray & Finelle and London-headquartered Guernica 37 – in a communique shared extracts of the outcome. A source at the UN Human Rights Commission in Geneva confirmed the adjudication had taken place and that this would soon be published. The source indicated as well “the advance edited version of the opinion will be posted on the website of the Working Group between the next 7 to 14 days”.

In a diplomatically worded, but unmistakable ruling, the working group in its “Opinion No 88/2020” is said to have stated: “The violations of the right to a fair trial and due process (in Michel’s case) are of such gravity as to give Mr Michel’s deprivation of liberty an arbitrary character.”

WGAD has also referred the matter to the UN Special Rapporteur on Torture for further action. The “Republic of India” has as a result contravened both the Universal Declaration of Human Rights and the International Covenant on Civil and Political Rights.

Francois Zimeray of Zimeray & Finelle said: “We welcome the recognition by the UN experts that the lack of due process is utterly unacceptable.” Michel’s Indian lawyer in New Delhi Aljo Joseph commented: “The verdict will be a milestone against arbitrary detention.”

WGAD also asserted that the United Arab Emirates unlawfully arrested and handed over Michel to the Indian government. It further maintained he had been held in India arbitrarily since December 2018.

The body has recommended that the appropriate remedy would be for the Government of India to release Michel “immediately” and for both the Indian and UAE authorities to grant him an enforceable right to compensation and other reparations in accordance with international law.

Indian investigators had alleged Michel was involved in the 2010 sale of AgustaWestland VVIP helicopters to the Indian government. His lawyers reacted by saying this accusation was made “without any proper evidential basis that the sale involved fraudulent conduct”. They added: “This unsupported allegation has been rejected twice by the Italian Courts, due to the complete absence of evidence.” 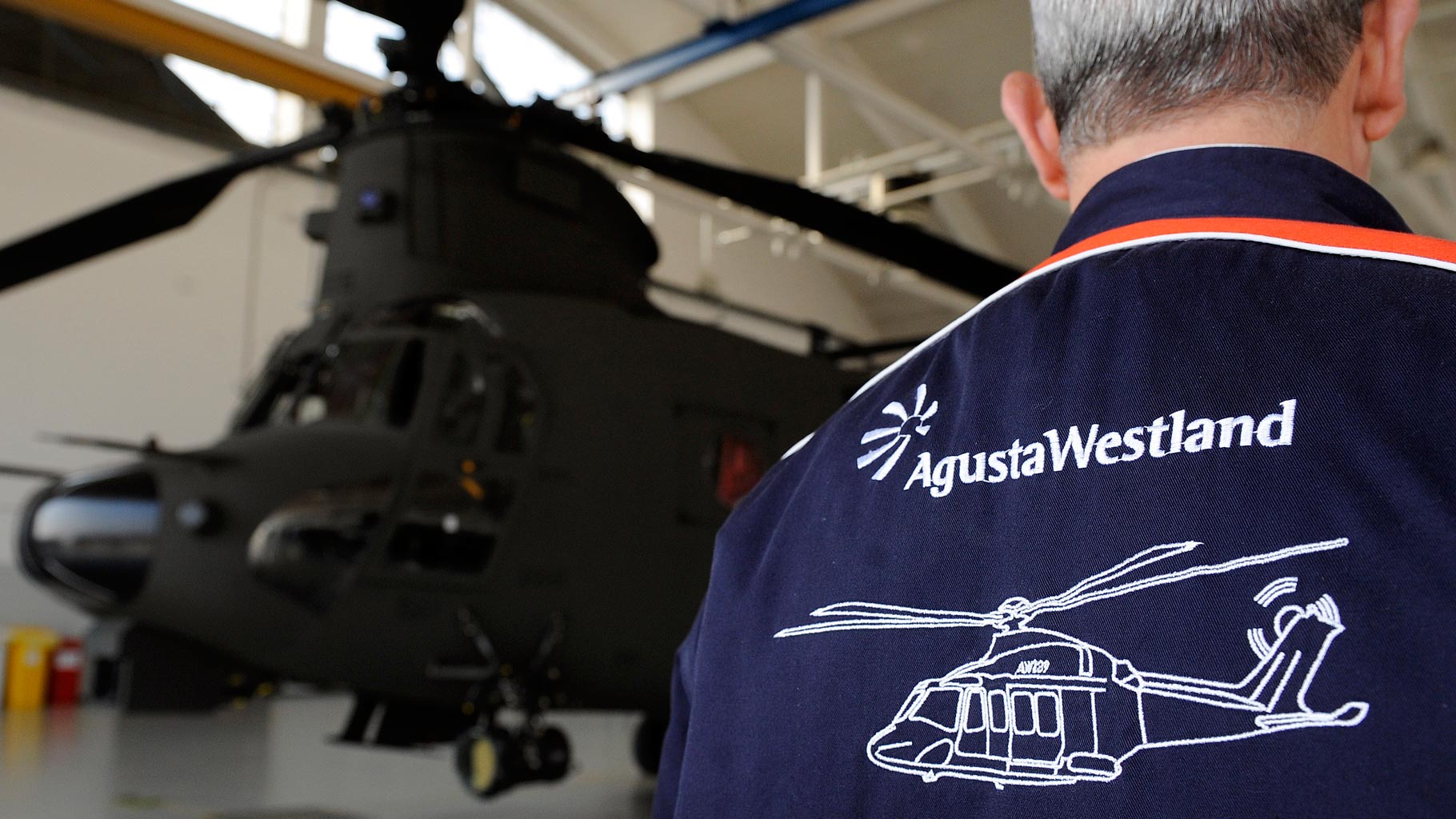 The extradition of Michel, who was resident in Dubai, had previously been rejected by UAE courts. He was subsequently transferred by the Emirates into the hands of Indian officials – he had said that he was ‘kidnapped while he was cycling in Dubai. He was given to the Indian authorities and has been in Tihar Jail since.

The handing over was done apparently in ‘exchange’ for the pick of Princess Latifa in the middle of the sea by Indian armed forces. She was in a yacht with her friend, who is Finnish, and a French crew.

“As part of a shameful exchange following the abduction of Princess Latifa, the daughter of the ruler of Dubai, (by Indian coastguards),” his lawyers said, the suggestion being a quid pro quo occurred between Modi and Latifa’s father Sheikh Mohammed bin Rashid al Maktoum.

Also read: Why the Drama Over Christian Michel’s Extradition to India Was Unwarranted

BBC’s flagship investigative programme Panorama recently broadcast pieces to camera secretly sent by 35-year-old Latifa – who said she has been held hostage by her father since – described how she was captured by Indian coastguards who boarded her yacht in international waters firing guns.

After being transported to India, Michel has, his lawyers said, “languished in squalid conditions, abandoned by all, awaiting trial on charges that amount to a flagrant denial of justice for more than two years”. In a 35-page letter written to British Prime Minister Boris Johnson last month, Michel set out his dismay in the failings of the British government.

His lawyers charged that “he has been subjected to not only repeated and prolonged interrogations aimed at securing a confession by way of duress, but also to inhuman or degrading treatment that is of such severity that it constitutes torture” by the Central Bureau of Investigation (CBI) and the Enforcement Department.

They went to the extent of contending: “It is noteworthy that Christian experienced all this – in breach of basic human rights conditions – without being charged with a criminal offence, leading to the conclusion that this arbitrary detention was politically motivated.” Both in Dubai and Delhi, Michel was repeatedly asked by the CBI to initial a statement saying he paid bribes to the Gandhi family of the Congress party.

Toby Cadman, a barrister at Guernica 37, remarked: “Christian was asked to sign a forged Budget Sheet in exchange for being a witness in the proceedings that would lead to all charges being dropped against him as well as the Red Notice (issued against him by Interpol) being withdrawn. Christian refused to cooperate…which resulted in his extradition.”

Michel’s legal team called on the British Foreign Office “to take immediate steps to intervene”. It impressed upon “the Governments of India and United Arab Emirates to respect the UN ruling and implement the recommendations fully to demonstrate their commitment to the rule of law”. “Nothing short of Christian’s immediate release and repatriation to the United Kingdom and to his family will suffice.”

Johnson’s office was requested to comment. It did not reply. Neither did the Indian ambassador to the UN in Geneva.

In response to media queries, MEA spokesperson Anurag Srivastava said that India rejects the WGAD’s indictment and wishes to “make it clear” that the Working Group is not a judicial body, “and therefore, its opinions are not legally binding on the Member States.”

“We regret that the conclusions drawn by the Working Group are based on limited information, biased allegations from an unidentified source and on an inaccurate understanding of India’s criminal justice system,” Srivastava added.

Noting that the extradition, arrest and custody were in accordance with the Extradition Treaty and due process of law, the MEA said Michel had never been denied his rights to legal counsel, consular access or a fair hearing.

“The Working Group should be aware that India has a robust grievance redressal mechanisms against allegations of violations of human rights in a vibrant and independent judiciary and a ‘category A’ National Human Rights Commission compliant with the Paris Principles,” the MEA said.

Note: The article has been updated with the MEA’s response.