Law Commission Report on Torture Is a Step in the Right Direction, but a Just Bill Is Still Some Way Off

Although the report does have some shortcomings, it recognises that torture is prohibited under customary law without any exceptions and the condemnation of it in the Indian constitution. 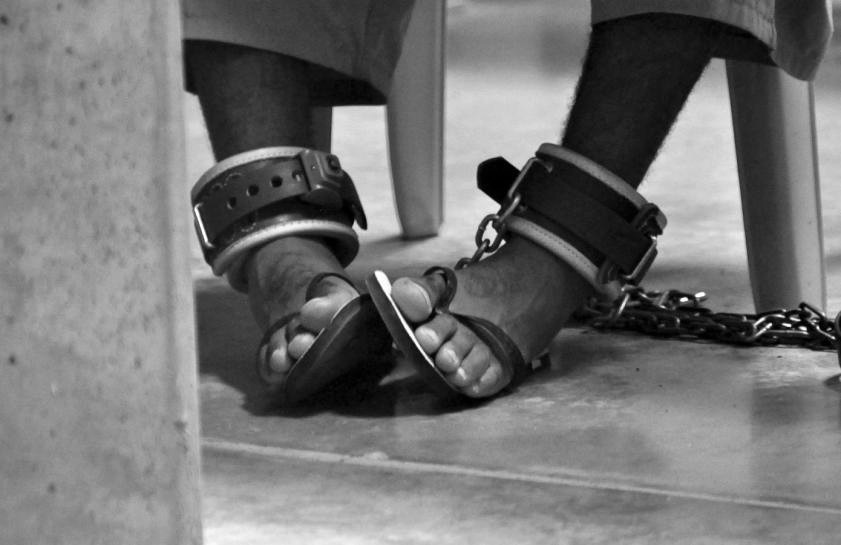 An 80-page report by the Law Commission of India on the ‘Implementation of ‘United Nations Convention against Torture and other Cruel, Inhuman and Degrading Treatment or Punishment’ through Legislation’ was released on October 30, putting renewed pressure on the Indian government to take one big step in that direction through the passage of the Prevention of Torture Bill. The Law Commission was also responding to a petition filed in the Supreme Court by the former law minister regarding the status of the torture Bill. While there has been some media coverage of the Law Commission report, it has yet to generate a robust discussion on the legal and policy implications.

India signed the UN Convention on Torture in 1997, but despite numerous national and international opinions recommending its ratification, has not taken this next step. It is crucial that any such Torture Prevention Bill be comprehensive enough to deal with torture, and cruel and inhuman treatment in the broadest manner possible, and ensures punishment and compensation as methods of prevention, so as to reflect the spirit of the UN Convention.

The Law Commission report traces the history of torture to ancient Indian texts and basically to all societies across the world that over time have prohibited the practice in their national laws. But perhaps the most significant reminders contained in the report are twofold: recognition above all of the jus cogens nature of torture, that it is prohibited as a part of customary law without any exceptions; and the condemnation within Indian case law of the use of torture based on constitutional protections under Article 21 (right to life and liberty) and Article 20 (3) (right against self-incrimination). The report also notes an acknowledgement within Indian jurisprudence (D.K. Basu onwards in 1997) of the court’s inability to ensure the prohibition of torture in everyday policing despite such attention.

In such a context, the Prevention of Torture Bill, 2017, which has been appended to the Law Commission Report, is a unique opportunity for the Indian government to create a specific law to ban torture and most of all address the roadblocks to the prevention of torture in India. For the most part, the proposed text follows the recommendations of the Select Committee of the Rajya Sabha in 2010 that was the result of interventions by human rights activists, scholars and key parliamentarians to challenge a weak first version of the Bill passed in the Lok Sabha. But there remain some crucial differences between the Select Committee version and the Law Commission one. The 2010 Select Committee-proposed Bill, in its section on “what constitutes torture” had a broad definition of torture beyond physical pain and suffering including mental agony and trauma alongside mental pain and suffering; it also emphasised the prevention of torture in the context of discrimination based on sex, race, religion, which are excluded in the 2017 version. Another key difference is that the 2010 Select Committee version had an explanation that recounted forms of torture based on years of documentation – whether it is electric shock, food deprivation, systematic beating, water torture, rape and sexual abuse, or the use of drugs that were meant to be illustrative, but are missing from the 2017 version. Earlier this year in May, then attorney general Mukul Rohtagi told the world during the universal periodic review that “the concept of torture is completely alien to our culture and it has no place in the governance of the nation.” Such denials coupled with the notoriously slippery definitions of torture suggest a need to list examples of techniques that give concreteness to the practice of torture.

The 2010 Select Committee version allowed for complaints of torture to be filed within two years of the incident, not six months, as the current Bill proposes (this is similar to the first Lok Sabha version, which was widely criticised for not recognising the pressure on torture victims). An expanded definition of public servants had also strengthened the 2010 Select Committee version, and also mentions the role of superior officers to indicate the principle of command responsibility that is missing from the 2017 Bill. Since there is a tendency to target lower level officials in the rare instances of prosecution, the mention of superior officers in a Bill to ensure accountability is important.

That said, the three main elements from the 2010 Select Committee recommendations remain: regarding sanction, change in the burden of proof and compensation. Sanction to prosecute officials would be assumed if approval is not given within three months of a complaint, which would go a long way to reduce impunity (though not remove it entirely). The 2017 version of the Bill reiterates a change in the burden of proof in the Indian Evidence Act, namely, “if there is evidence that the death or injury was caused during a period when that person was in the custody of the police, the court may presume that the death or injury was caused by the police officer having custody of that person during that period.” The right to compensation is being further expanded within section 357 of the Code of Criminal Procedure. The Select Committee had detailed some criteria for compensation, such as the gravity of suffering, lost opportunities, and legal and medical costs, but these are missing from the 2017 version of the Bill.

In a report that I co-authored with Amar Jesani on the assessment of torture prevention mechanisms in India (1984-2014), as a part of a 16 country study, we found that despite all the mechanisms that have been in place, there was little evidence of any decline in the severity and frequency of torture during this period. As a prominent democratic rights activist we interviewed explained: “Torture is prevalent in three different contexts in India”. In criminal cases, it is evident in the numerous custodial deaths that continue to occur even in theft or domestic dispute cases; in the context of terrorism and organised crime cases, extraordinary laws facilitate torture; in conflict environments, torture, detention and disappearances are common because those who commit these crimes have virtual impunity. There is no doubt that torture is most frequent and severe in conflict areas, but it is widespread and persistent in the other two contexts as well.

The proposed Bill targets mostly one of these areas of torture – in routine criminal cases – and may have limited impact on the two other contexts. In terrorism trials, extraordinary anti-terror laws play a prominent role in undermining constitutional and statutory safeguards against torture and illegal detention, and in conflict areas such as in Kashmir or the Northeast, the use of Armed Forces (Special Powers) Act (AFSPA) creates impunity. Both these situations remain unaddressed in the Law Commission report and the appended Bill. The Criminal Law Amendment Act, 2013 successfully challenged official immunity under the AFSPA for rape (a form of torture), thanks to the intervention of feminist activists and others during the Verma Committee hearings, and one hoped that the Law Commission could have developed that understanding further. In recent time, powerful memoirs of horrific torture experienced by Mohammad Aamir Khan (Framed) and Abdul Wahid Sheikh (Begunah Qaidi) have been published, and the custodial death of fruit vendor Sompal, who was arrested over a street dispute in Delhi, has captured headlines of national newspapers. These are some indicators of the urgent need to address torture in India and a comprehensive Torture Prevention Bill that addresses all these contexts is only one step in that direction.

Jinee Lokaneeta teaches political science at Drew University, New Jersey. She is the author of Transnational Torture: Law, Violence and State Power in the United States and India and currently writing a book titled The Truth Machines: Policing, Violence, and Scientific Interrogations in India.