Indian doctors criticise a promising new rotavirus vaccine after inspection of the trial data reveals that although the vaccine reduces diarrhoea caused by rotavirus, it increases diarrhoea of other causes. 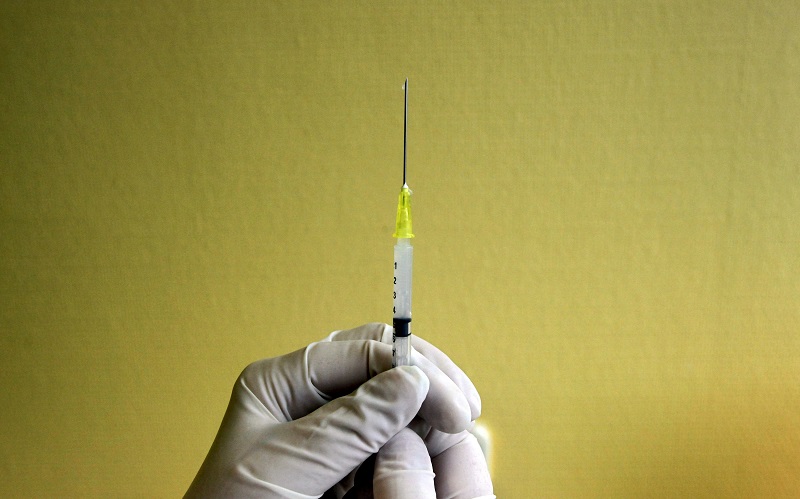 A nurse prepares a H1N1 flu vaccine shot at a hospital in Budapest, Hungary, in this November 20, 2009. Credit: Reuters/Karoly Arvai/File Photo

Indian doctors criticise a promising new rotavirus vaccine after inspection of the trial data reveals that although the vaccine reduces diarrhoea caused by rotavirus, it increases diarrhoea of other causes.

Rotavirus kills an estimated 527,000 children below the age of five die each year, according to WHO. Most of these children live in low-income countries. This new vaccine, released by the Serum Institute of India in March, was hailed as a promising cure for developing countries because it’s heat-resistant, unlike the two existing vaccines.

The drug was field tested in Niger in a trial run by NGO Epicentre, part of Médecins Sans Frontières. The results, published in the New England Journal of Medicine (NEJM) in March, reported a 66.7% efficacy rate in reducing severe rotavirus diarrhoea. What the abstract didn’t highlight, however, but the data revealed, is that diarrhoea from other causes increased, causing vaccinated children to have more diarrhoea than those not vaccinated.

Doctors Jacob Puliyel and Jaspreet Kaur from St. Stephen’s Hospital in Delhi sent a letter to the report’s authors pointing out the discrepancy on July 20.

“The lack of efficacy against severe gastroenteritis has not been highlighted in the discussion although this information is crucial for decision makers,” the letter read. “This vaccine could aggravate the problem it is meant to solve in resource-poor countries.”

The study’s authors, Sheila Isanaka from Harvard T.H. Chan School of Public Health, Dr. Ali Djibo from University of Niamey, Niger, and Dr. Rebecca F. Grais from Epicentre responded that their purpose was to reduce the incidence of rotavirus-caused diarrhoea, not all cases. They noted that since most diarrhoea-related deaths are caused by rotavirus, they were confident it would have an impact on the public health crisis.

Dr. Puliyel’s response was skeptical: “An anti-diarrhoea vaccine that increases the incidence of diarrhoea is unlikely to find a market.”

He pointed out that it wasn’t the first instance of a rotavirus vaccine under a cloud for not being upfront about trial data.

A clinical trial in Vellore for the Rotavac vaccine, manufactured by Bharat Biotech, failed to report a significant increase in the incidence of intussusceptions – a potentially life threatening complication where the intestine telescopes into itself and can become gangrenous. The data remained undisclosed in spite of repeated requests, including from the prime minister’s office.

In response to a PIL filed in the Delhi high court, lawyers for the pharmaceutical company argued that the “inappropriate interpretation or publication” of the data “would lead to disinformation about the product (that has been) developed by government with great effort and expense, and will give unfair advantage to multinational products which were never tested in India, (and) yet (were) licensed.” The Rotavac vaccine was licensed and is now being administered without informing parents of the potential risks.

A similar issue arose with the Rotarix vaccine. Its stated purpose was to reduce overall diarrhoea deaths, but after a clinical trial in Bangladesh, there were more cases of children with diarrhoea among those vaccinated. Although the increase wasn’t statistically significant, it still failed to reduce diarrhoea – in spite of the drug’s high cost.

“It all boils down to making a profit,” he wrote. “Misrepresenting research findings, cherry picking data, and concealment of adverse events in clinical trials are now seemingly acceptable practices.”