Indian officials tried to walk a narrow path which stops short of condemning the coup but stresses on "democratic" processes. 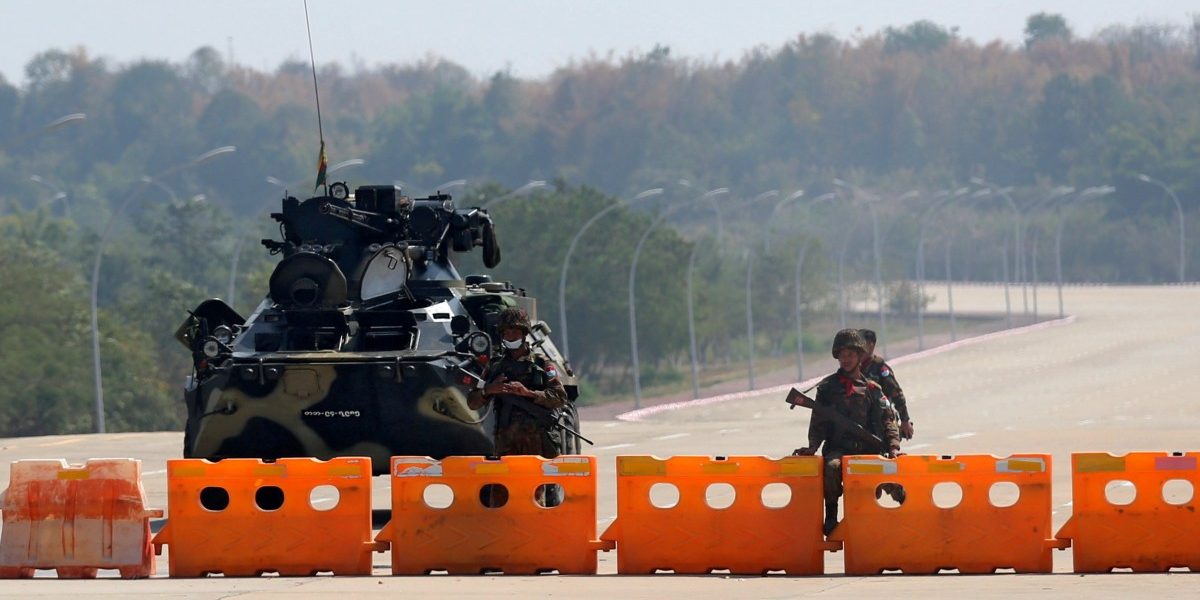 New Delhi: After days of negotiation, the United Nations Security Council issued a press statement which expressed “deep concern” at the Myanmar military’s declaration of emergency and called for the immediate release of elected leaders. However, it did not ‘condemn’ the military’s actions.

According to sources, India was the “balancing factor” when it came to the Council members’ disparate stances.

Since the November elections, Myanmar’s military has claimed widespread electoral fraud after the ruling National League for Democracy won 83% of seats.

In the early hours of February 1, Myanmar military swooped in to arrest ruling party members including State Counsellor Aung San Suu Kyi and President Win Myint. With power transferred to the military, a state of emergency was imposed on the south-east Asian nation for a year.

The following day, the United Kingdom, which is the president of the UNSC convened a closed-door emergency meeting, which was briefed by Swiss diplomat Christine Schraner Burgener, the UN secretary general’s special envoy on Myanmar.

In her statement shared publicly after the meeting, Burgener had called for “unity” in the Council. “I strongly condemn the recent steps taken by the military and urge all of you to collectively send a clear signal in support of democracy in Myanmar,” she stated.

It was clear that there were differences between the 15 members at the UNSC meeting.

The US, the UK, France, Ireland, Estonia and Norway had bluntly condemned the developments in their national statements. China had “noted” the events, while India and others had conveyed “deep concern”.

There were reports in western media that Russia and China had blocked the resolution. However, diplomatic sources asserted that despite the news reports, there were no “acrimonious discussions”.

“Negotiating is not blocking,” said an official.

There was harsh spotlight on the Security Council’s actions as this was the first international crisis that has occurred after the inauguration of the new US administration on January 20.

“There were different views (in the Security Council), but ultimately everyone came forward,” said the senior official, adding that all of India’s suggestions “were taken on board”.

A key compromise is in the statement’s language, with member states expressing “deep concern”, rather than outright condemnation.

“The members of the Security Council expressed deep concern at the declaration of the state of emergency imposed in Myanmar by the military on February 1 and the arbitrary detention of members of the Government, including State Counsellor Aung San Suu Kyi and President Win Myint and others. They called for the immediate release of all those detained,” said the UNSC press statement.

There was also an emphasis on the “need to uphold democratic institutions and processes, refrain from violence and fully respect human rights, fundamental freedoms and the rule of law”.

Underlining the need for continued support for “democratic transition” in Myanmar, the statement also urged for dialogue and reconciliation “in accordance with the will and interests of the people of Myanmar”. Myanmar soldiers look on as they stand inside Yangon City Hall after they occupied the building, in Yangon, Myanmar February 2, 2021. Photo: Reuters/Stringer

The catchphrases of “the rule of law”, “respect for human rights”, “fundamental freedom”, “dialogue” and “reconciliation” seemed to have mirrored the ASEAN statement issued by its chair, Brunei, which described them as principles enshrined in the regional body’s charter.

In fact, the Security Council made special mention that it would provide “strong support to regional organisations, in particular, the Association of Southeast Asian Nations (ASEAN) and welcomed the ASEAN Chair’s Statement dated February 1”.

The ASEAN chair’s statement had also straddled the divergence within the ASEAN. While Indonesia, Malaysia and Singapore have expressed concern, Cambodia, Thailand and the Philippines had called it an internal matter of Myanmar.

The regional organisation’s statement notes that the member states were “carefully following the developments” and recalled that “political stability” was essential for achieving a prosperous ASEAN community. “We encourage the pursuance of dialogue, reconciliation and the return to normalcy in accordance with the will and interests of the people of Myanmar,” it said, setting the template for the Security Council statement.

Sources added that India was the “balancing factor” between the views of the West and China on the other side. “Everyone knows that we are present in the region with borders adjoining both Bangladesh and Myanmar,” a source said.

Also read: Explainer: Myanmar Military is Back in Power, But for How Long?

Even before Suu Kyi was released from house arrest in 2011, India’s security concerns over north-east had led to a change in stance on the military junta than what it was in the nineties. After the 2015 election, India maintained a close relationship with both Suu Kyi and the military and provided a foil for the Myanmar government facing criticism over treatment of Rohingya people in international fora.

Therefore, Indian officials have tried to walk a narrow path which stops short of condemning the coup but stresses on “democratic” processes.

Complaining that the zero draft of the press statement had been leaked to media even before negotiations had begun, China stated that it led to “irresponsible rumours, which created difﬁculties for the Council’s collective efforts”. In the last six years, China has invested diplomatic capital with all sides of the Myanmar polity. Historically, Myanmar has had a wary relationship with China, mainly due to lingering suspicion that Beijing was financing some of the ethnic armies fighting with the military. While China had invested heavily in infrastructure efforts like the Belt and Road project, Myanmar has had to also suspend flagship projects over public opposition.

However, China has actively shielded Myanmar in multilateral platforms over criticism about the crackdown and discrimination against the Rohingya, which led to their mass exodus to Bangladesh.

Yun Sun, director of the China Programme at the Stimson Center wrote in the South China Morning Post that it was “inconceivable that China would push Myanmar’s politics to go in one direction over another, let alone support a coup – the benefits of which are unclear given the good relations Beijing maintained with Suu Kyi’s government”.

She identified two drawbacks that China would have to endure if it is to work with the generals at the helm – the dampening of Myanmar’s attraction as an investment destination and negative perception among the general populace due to the continuing popularity of Suu Kyi.