At the six-party talks hosted by Russia, New Delhi also asserted that it is was to the government of Afghanistan to decide with whom to engage in direct talks. 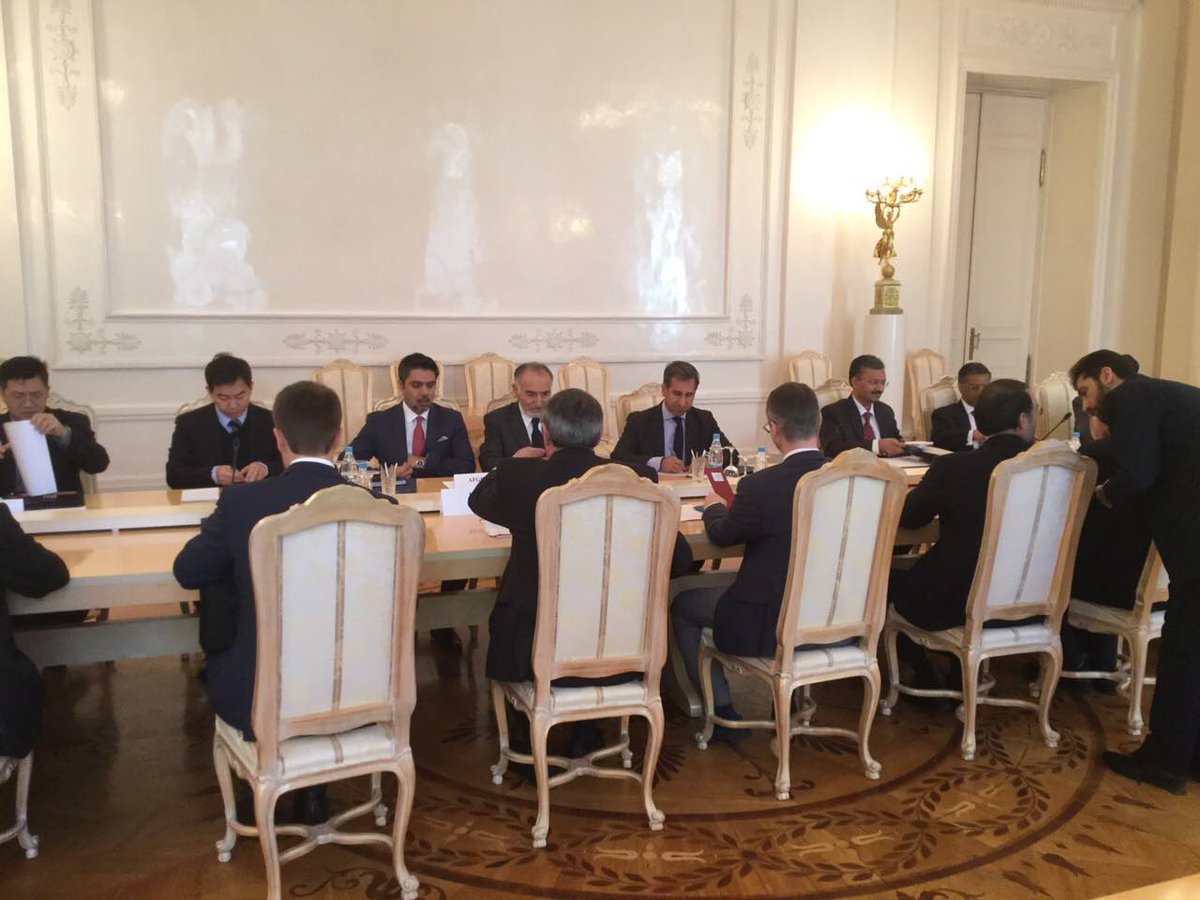 At the six-party talks on Afghanistan, Moscow made its opposition to Taliban clear and reaffirmed their support to the NUG peace efforts.

New Delhi: Afghanistan and five regional players agreed at their first consultations in Moscow on Wednesday that adherence to ‘red lines’ was necessary for Taliban’s participation in talks with Afghanistan. While Afghanistan and India talked of the need for ending safe havens, New Delhi asserted that only Kabul had the right to decide its opposite number in direct talks.

The six-party talks, hosted by Russia, was attended by senior officials from Afghanistan, Pakistan, Iran, China and India. The Russian initiative is significant due to the return of Moscow to the region as an active player, but had led to apprehensions in Kabul and New Delhi that it was trying hard to bring in Taliban into the mainstream so as to combat its perceived real threat of the so-called ISIS.

Afghanistan had been rather peeved when Moscow held talks with Pakistan and China in December 2016, but failed to invite any officials from Kabul. Russia’s decision to hold wider regional consultations were partly to address the Afghan fears. The next edition will expand the participation to central Asian countries. However, no US or western countries, who still have troops stationed in Afghanistan, are part of this new process.

At the Moscow meeting, the Russians said all the right words. “The Russian federation made the position very clear that they opposed the Taliban and that they supported the government of Afghanistan. That they consider the government of Afghanistan as the legitimate representative of the Afghan people, not the Taliban,” M. Ashraf Haidari, who led the Afghan delegation to the six-party talks, told The Wire.

Haidari, who is the Afghan foreign ministry’s director general for policy and strategy, said that the Russians added that they maintained contacts with the Taliban only due to their concerns and with intention to support Afghan government in potential peace talks.

“They [Russia] assured the Afghan government that they would do nothing in terms of bypassing us and side-lining us and talk to the Taliban knowing that it is not going to serve their own long term interests in the region,” he added.

According to sources privy to the Moscow discussions, Russia has made it clear at the meeting that “violence was not acceptable”, even as it noted that talks with Taliban could help lead to a stabilisation of the security situation in Afghanistan.

India has been worriedly observing Russia-led efforts for talks with Taliban, with officials apprehensive about the normalisation of the terror groups which continues to have strings attached to Pakistan military establishment. The argument that Taliban was fighting with ISIS in pockets of Afghanistan did not find many takers in New Delhi, as Indian officials believe that most of the IS fighters are mainly repurposed TTP members.

The Afghan side had raised its peace deal with the Hizb-e-Islami, which gave immunity to its chief Gulbuddin Hekmatyar from previous criminal offences, as a model for talks with the Taliban.

Afghan officials again pointed that whenever the government had tried to initiate talks with Taliban, the designated militant interlocutor was either killed or disappeared. The finger was obviously pointed at Pakistan.

India had pointedly pronounced during the discussions that Afghanistan should have the right to choose with whom to hold talks and that the choice should not be dictated by other countries. “We underlined that it is up to the government of Afghanistan to decide whom to engage in direct talks. These efforts can only be facilitated by friends and well wishers of Afghanistan,” MEA spokesperson Vikas Swarup told reporters.

In conclusion, and much to the relief of Afghanistan and India, all six countries agreed that the ‘red lines’ for engagement with the Taliban – which include giving up violence, abiding by Afghan constitution and cutting ties with al Qaida – have to be met.

“They support the Afghan government and they support our red lines,” Haidari told The Wire.

This commitment to the red lines was also implicitly reflected in the press release issued by the Russian foreign ministry at the end of the talks.  “The participants agreed to step up efforts to promote the intra-Afghan peace process while maintaining the leading role of Kabul and observing the previously agreed upon principles of integrating the armed opposition into peaceful coexistence.”

Haidari described the meeting as a “new beginning”, which could assure cooperation “from the state actors who have direct influence over Taliban”.

In his statement read out at the meeting, he said that a key reason for the failure of the quadrilateral contact group was that members did not implement their commitments.

“Indeed, the success of the QCG process squarely hinged on a set of clearly defined and agreed-upon benchmarks, which were not met. This increasingly showed that the key challenge to the process remained a policy selectivity by some to distinguish between good and bad terrorists, even though terrorism is a common threat that confronts the whole region where if one of us doesn’t stand firm against it, others’ counter-terrorism efforts will not bear the results we all seek,” he said.

Both Afghanistan and India highlighted the need to combat “safe havens” across the border.

Haidari noted that the “availability of safe sanctuaries and institutional support for violent extremism in our immediate neighborhood helps sustain a deadly and destructive war in Afghanistan.”

India on its part noted that “it was essential to end all forms of terrorism and extremism that beset Afghanistan and our region and to ensure denial of territory or any other support, safe havens or sanctuaries to any terrorist group or individual in countries of our region.”

A continuing tense relations between Kabul and Islamabad may mean that the timing was not too auspicious to get Pakistan government’s cooperation on removing terror launch pads from its soil.

On the day of the talks, Afghan deputy chief of mission was summoned by Pakistan foreign office to lodge protest over “terrorist attacks on Pakistani soil by the terrorist outfit, Jumaat-ul-Ahrar (JuA) from its sanctuaries inside Afghanistan.”

JuA, an offshoot of the Tehreek-i-Taliban Pakistan (TTP), had claimed responsibility for the suicide bomb attack at Lahore’s Mall road which left 13 dead.

On Thursday night, a suicide blast hit Sindh’s popular Shahbaz Qaladar shrine, the responsibility for which was claimed by ISIS, according to news agencies. Within a few hours, Pakistan military spokesperson pointed finger at Afghanistan.

Recent Ts acts are being exec on directions from hostile powers and from sanctuaries in Afghanistan. We shall defend and respond.