Over 50% of those charged with blasphemy belong to minority communities, who form less than 4% of Pakistan’s population. 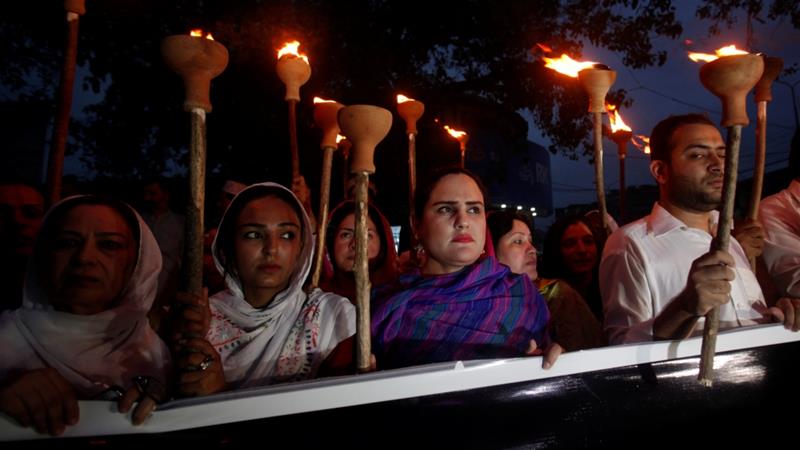 Karachi: When 25-year-old journalism student Mashal Khan was lynched by his fellow students at Abdul Wali Khan University for alleged blasphemy in Pakistan’s Mardan city last month, liberals came together to oppose religious vigilantes who take the law in their own hand. The protests, however, did not yield any result. Barely a month after Khan was killed, a young man from Balochistan’s Hub area was arrested for the same offence.

On May 4, Parkash Kumar, 35, was arrested for allegedly circulating blasphemous content on WhatsApp. Kumar’s alleged offence led to violent protests where vigilantes demanded he be handed over to them. The prosecutions reflect a pattern. While Khan was accused of promoting Ahmadis, an oppressed minority community, Kumar himself belongs to the minority Hindu group. These incidents provide an opportunity to revive the debate on blasphemy law in a theocratic country with a majoritarian government.

“We do not understand why people started accusing Parkash Kumar of blasphemy. He had just forwarded the same photo and video that many Muslim fellows had shared on WhatsApp. Someone manipulated his message to accuse him of blasphemy,” activist Khalil Ronjha from Hub said.

”Hindus cannot even think of saying a word on religion because they know that they are in minority and they would be charged with blasphemy. Parkash was charged by outsiders and not locals from Hub, and this was used by people to suppress the Hindu community,” he added.

According to data collected by a Pakistani NGO network, over 1,438 people were accused of blasphemy between 1987 and 2014. Over 50% of the accused belonged to minority communities, which form less than 4% of the country’s population (Ahmadis 501, Christians 182, Hindus 26 – the religion of 10 victims could not be ascertained). Some of Pakistan’s leaders, including Punjab governor Salmaan Taseer and minister Shahbaz Ali Bhatti, have been shot dead for allegedly disrespecting Islam.

Another source, speaking on the condition of anonymity, said that Kumar’s arrest was really a pretext to shut down businesses run by Hindus and limit the community’s influence on markets, “The Hindu community has influence in the market, so some people wanted to close their businesses. Pakistan Muslim League (Nawaz) member Saleem Solangi was the one to lodge an FIR against Kumar, and he is the president of the mobile service community in the area, started by the Afghan refugee community, who demanded that Kumar be handed over to them.” 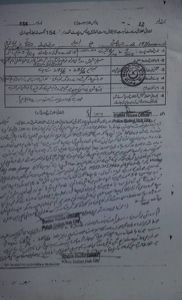 Copy of FIR against Parkash Kumar.

Abid Mir, honorary editor of Haalhawal, said, “The local Afghan community demanded the shutdown of Hindu community businesses, which suggests that there was a hidden agenda behind the arrest.” Assad Iqbal, who works with the Sindh chapter of the Human Rights Commission of Pakistan, however, disagreed, “I do not agree with the point of view that only Afghan refugees demanded to shut down Hindu community businesses; all citizens participated in the blasphemy issue.”

Pakistan’s blasphemy law dates back to 1860, when the British government introduced it to protect all religious sects. The law was strengthened in 1986 under dictator Zia-ul-Haq to include a “mandatory death sentence for defaming Prophet Mohammad and life imprisonment for desecrating the Holy Quran”. Bushra Gohar, central vice president of the Awami National Party and former Member of Parliament of Pakistan, said blasphemy laws are used by people to settle personal scores, suppress freedom of expression and create an atmosphere of fear. She said Parliament should review laws and policies that promote and justify mob violence, and strict action should be taken against those who use religion to incite violence and hatred. She suggested education reforms and hoped that Mashal Khan’s case in the Supreme Court would set a high standard of justice.

“The growing mob violence and vigilantism clearly shows the failure of the state and collapse of government institutions in protecting lives and property. It is also worrying that some public leaders, mullahs, TV anchors, judges and others give statements that encourage and incite people to take law in their own hands in cases of blasphemy allegations. Pakistan’s self-destructive policies have resulted in mainstreaming violent religious extremism and created an environment of acceptability for intolerance, hatred and violence in the society,” she said.

A Pew report published in 2016 states that among the world’s 25 most populous countries, the highest overall restrictions on religion were in Egypt, Indonesia, Pakistan, Russia and Turkey, where both the government and society at large imposed numerous limits on religious beliefs and practices.