In Bangladesh, Locals Living Near Rohingya Camps Hope for Quick Repatriation of Refugees

While sympathising with the Rohingya, local populations complained about a rise in prices and the loss of jobs. 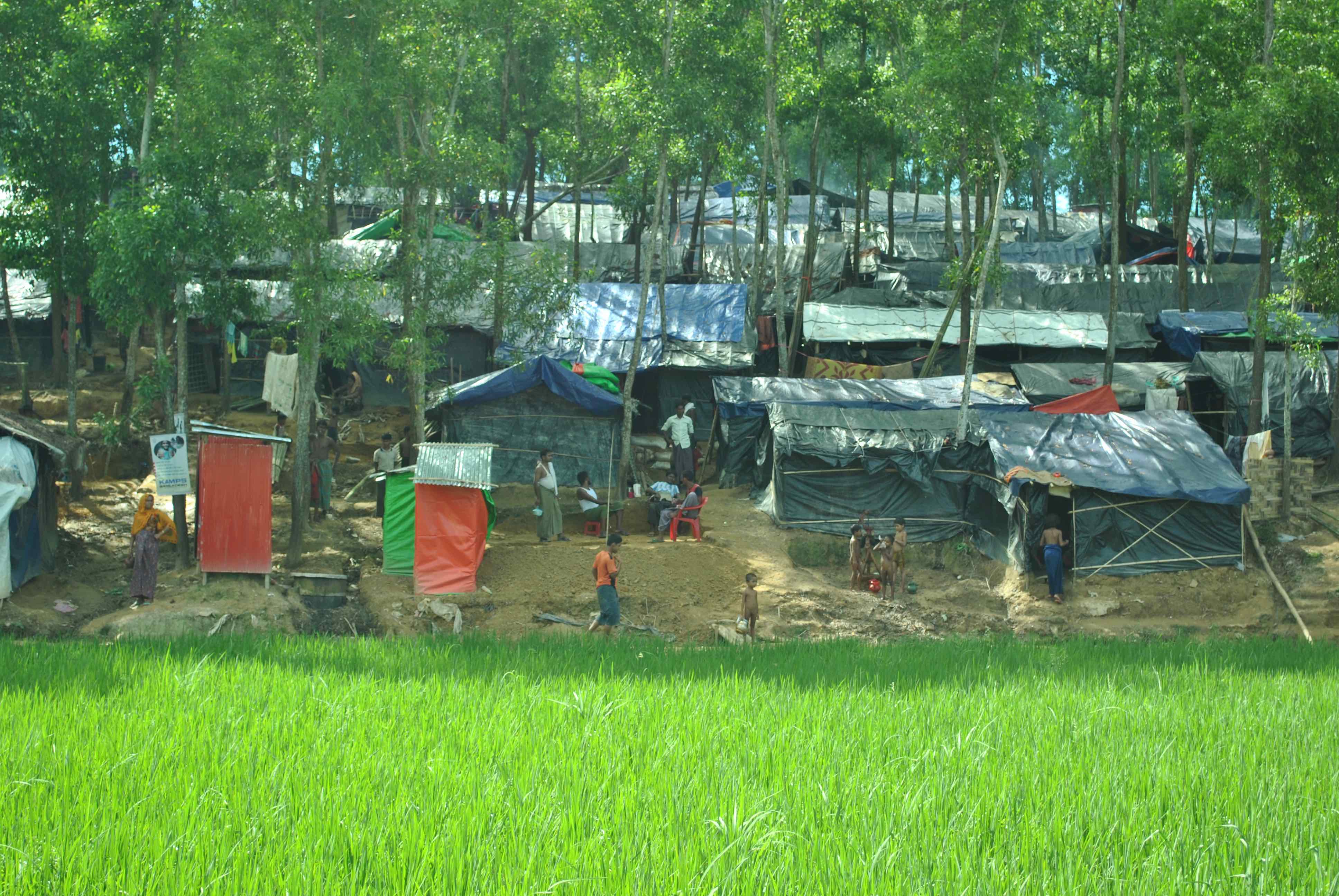 Cox’s Bazar, Bangladesh: The continuous influx of Rohingya refugees to Bangladesh’s Cox’s Bazar has fuelled concerns among the local populace, who fear that the refugees will drastically alter the landscape of the coastal district.

The current exodus from Myanmar, with estimates saying over six lakh people have left the country, is the sixth wave of forced migration since 1978 – and the largest so far.

Local civil society organisations in Cox’s Bazar have already registered their protest against the presence of the Rohingya refugees. Prominent among them are Cox’s Bazar CSO-NGO Forum (CCNF) and Ukhia’s Palangkhali Union, who have demanded immediate steps for Rohingya repatriation and said they should be prevented from coming out of the refugee camps.

There are several reasons behind this concern, including the rapid change in the district’s population configuration as a result of the influx. The local population of Cox’s Bazar is 27 lakh, while the number of Rohingya stands at 800,000. This could make the coastal district one of the most densely-populated in Bangladesh.

The camps in Teknaf and Ukhiya have been filled to capacity and it may take some time before the government is able to implement the plans to settle them in new locations. Locals are worried about the rapid spread of the Rohingya following the government’s inability to prevent the refugees from moving out of camps. On November 16, Bangladesh Prime Minister Sheikh Hasina informed parliament that so far only 5,27,597 Rohingya have been registered and given ID cards.

On the highway between Cox’s Bazar and Teknaf, there are check posts at gaps of every 25 km manned by the police and paramilitary forces. Our vehicles were stopped and our bags checked, but there are several exit routes from the camps. People claimed that the Rohingya can easily mix with the locals since they speak the same language and have the same physical features.

Most of the residents this correspondent spoke to were sympathetic to the plight of the Rohingya. But their yearning was also for a quick settlement and repatriation of the refugees to Myanmar. Sharper reactions were evident in Cox’s Bazar and Ukhiya than in Teknaf, where the crisis has become a lucrative source of income for a section of the locals – providing shelter in their own land to the refugees in exchange for money, ferrying them in boats and transporting them to the camps, and utilising them in the criminal activities that have mushroomed in the region. According to informed sources, some political activists belonging to both the opposition and ruling parties are helping the refugees settle down and receive aid from the government and global agencies.

A common refrain cutting across all income groups in Cox’s Bazar was the rising prices of food items in the last two months, ever since the Rohingya crisis erupted. The reason, they said, was the demand to feed the increasing number of Rohingya refugees migrating from Myanmar. The prices of daily essential commodities including vegetables have almost doubled around the refugee camps in Teknaf, Ukhiya and other border areas near Myanmar where Rohingya migrants have landed, locals complained. In Teknaf town, for instance, the price of potatoes was found to vary between 50-53 taka per kilo in different shops, up from about 20 taka two months ago.

Transportation costs have soared, making things very difficult for daily wagers, many of whom travel long distances for work. Locals even claimed that a worker may have to return without any earnings, as the Rohingya are willing to do the same work for less wages. A retired government official was of the view that the locals have been hit the most in the construction and fishing industries, where a large number of Rohingya workers have been engaged.

The undercurrents of hostility notwithstanding, there have been only a few instances of violence so far, including an incident in October when a local was hacked to death allegedly by a refugee at Ramu. More worrisome, the locals say, has been the proliferation of a synthetic drug called Yaba (methamphetamine) which is imported from Myanmar through the border at Cox’s Bazar by Rohingya refugees, the spurt in human trafficking and prostitution, and the increasing activities of the militant Arakan Rohingya Salvation Army (ARSA) that carried out attacks on police outposts in Myanmar’s Rakhine State on August 25. 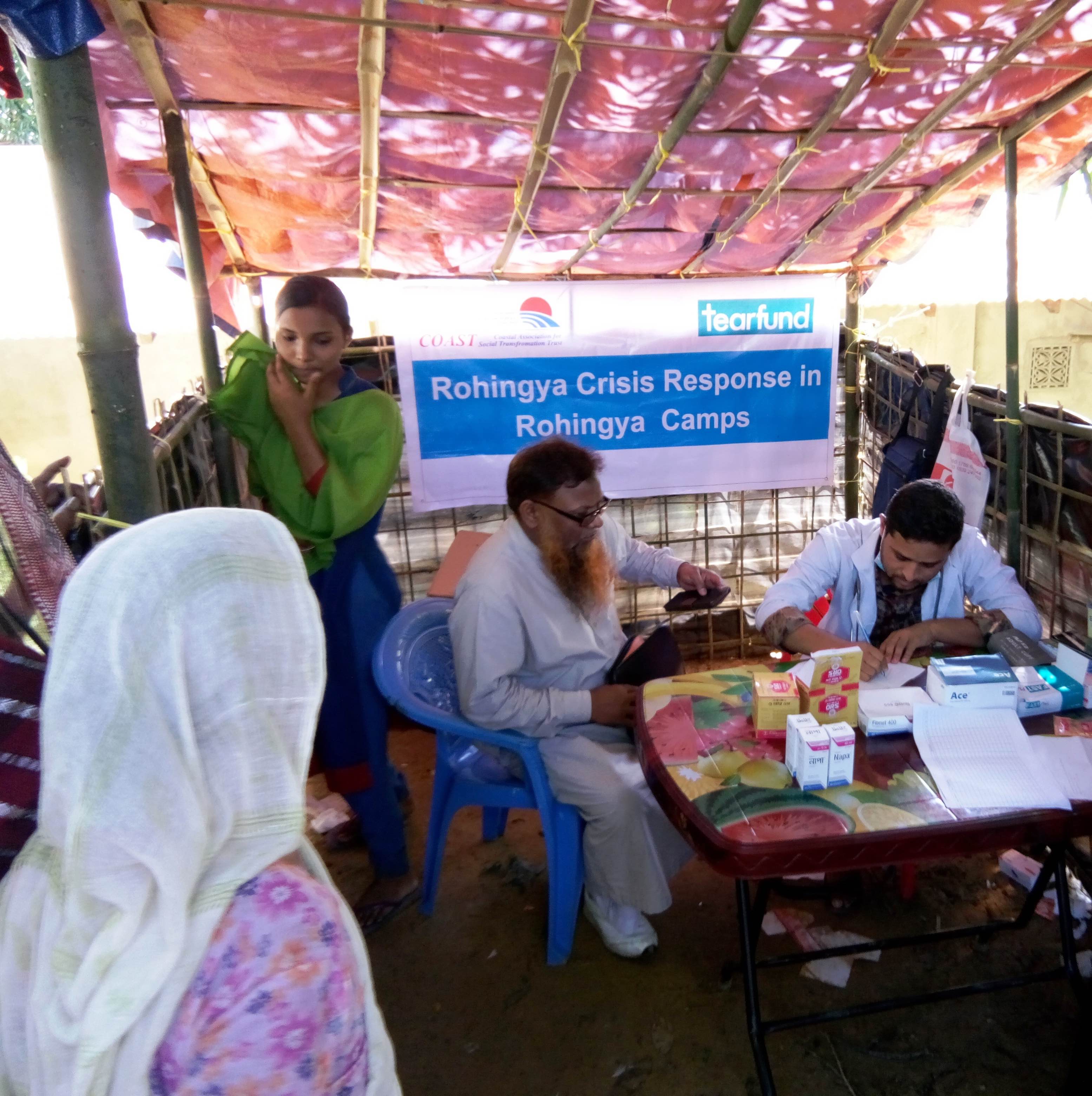 Rohingya refugees being treated by an NGO at Balukhali. Credit: Rajeev Bhattacharyya

Risk of epidemics and depletion of natural resources

Medical teams treating Rohingya patients and providing medicines are a common sight in many refugee camps. More than 50 teams have been deputed by the government, NGOs and the UN for the task, but many refugees could easily be left out given the scant resources of the medical squads. Local government facilities have gone into overdrive to vaccinate children for measles and polio.

In the last week of October, Cox’s Bazar civil surgeon Dr Abdus Salam was quoted by the media as saying that a total of 3.47 lakh refugees have so far received treatment at the health centres. A wide range of diseases has been detected among them – there are 65 people with TB, 12 with malaria, 44 with measles, 300 with jaundice, 1,000 with Hepatitis B and C, 29 with HIV/AIDS, 70,000 with respiratory tract infection, 40,000 with diarrhoea, 30,000 with skin diseases and 9,000 with injuries.

The demand from civil society groups to check the movement of refugees is reportedly due to the fear of diseases spreading in the district. But the refugees continue to move around, people say, often in small groups in search of jobs and sometimes in large hordes to occupy land. Last month, more than 80,000 trees and saplings were chopped down in a plot that had been earmarked for afforestation by the government allegedly by a Rohingya group in Teknaf. Some local residents were of the opinion that the destruction of the forest has been on since 2012, but the pace has picked up since last year after more refugees landed in the coastal district.

A report released in October by a parliamentary standing committee revealed that the refugees have damaged forest properties worth 151 crore taka in Cox’s Bazar. Besides the forest encroachment, natural resources are also being depleted due to the wood used by the Rohingya for cooking, locals said. Parliament has asked the forest ministry to explore ways and means to check the impact on the environment caused by the refugees.

Rajeev Bhattacharyya is a senior journalist in Guwahati and the author of Rendezvous With Rebels: Journey to Meet India’s Most Wanted Men.