In Dealing With Kulbhushan Jadhav, Pakistan Wants to Shock and Awe

There will be much drama in the Indian media and political circles over Kulbhushan Jadhav – and Pakistan will milk this opportunity to the fullest. 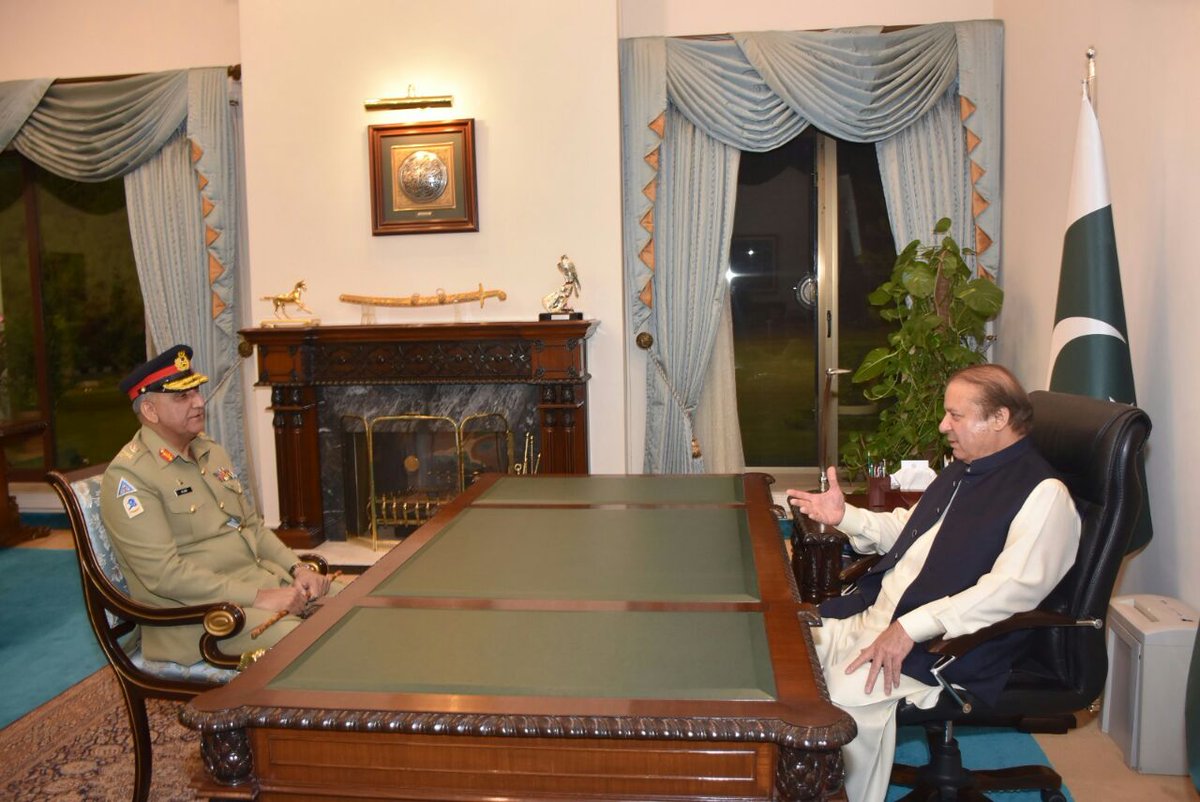 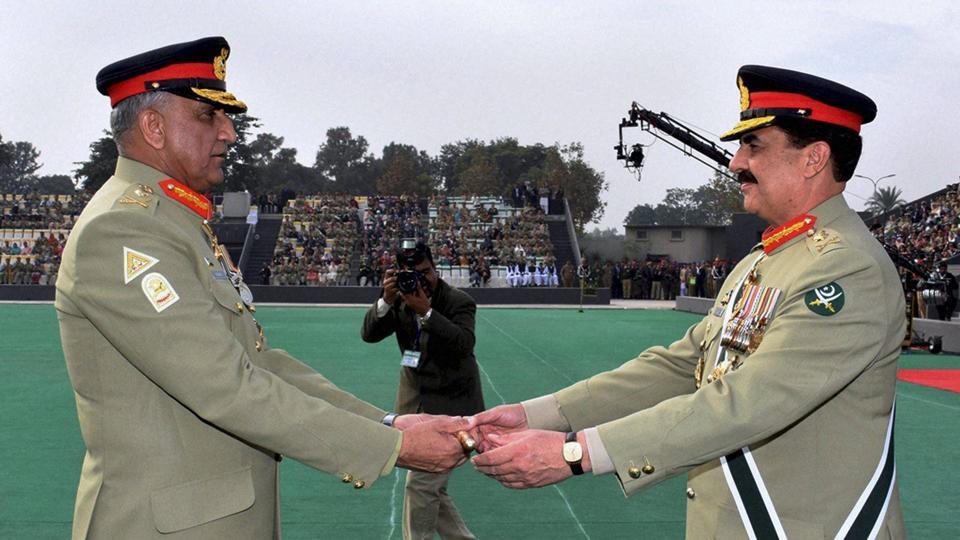 The imposition of a death sentence on Kulbhushan Jadhav one year after the former Indian naval officer was captured is the latest in the Pakistani military’s efforts to keep the India-Pakistan issue on the boil.

Whether Jadhav was a deep cover intelligence operative or not is a moot point. A capturing country will likely always make claims about the heinous complicity of a ‘spy’ in fomenting unrest and sabotage, backed by ‘confessions’. Denials by the protesting country – in this case India – about the specious charges levelled on its citizen who has been arrested or kidnapped (depending on which version one accepts) will follow. The key tell is the manner in which Pakistan has chosen to deal with the incident, which has three significant nuances.

First, intelligence gathering is something that all countries and, by extension, their agencies conduct on a regular basis. As exemplified during the Cold War, while the intensity of these operations is highest between warring nations, even allies constantly gather intelligence about each other. ‘Shadow warriors’, as the operatives are sometimes called, are found in various depths of cover depending on the nature of the objective – which could range from a quick confirmatory mission involving a short ‘tour’ to much longer and deeper operations involving years of planning and recruitment of local assets. The latter is usually meant for strategic objectives such as penetrating the enemy’s security establishments, government or even its intelligence agencies. Such strategic operations involve intricate planning down to the minutest details of building a cover for the agents involved (also known as developing a ‘legend’), to be able to stand the scrutiny of seasoned counter-intelligence.

Jadhav’s Indian ‘cover’ wouldn’t even stand the scrutiny of a corporate background check, let alone Pakistani counter-intelligence. Incomplete addresses in travel documents, travelling into Pakistan using an Indian passport (in the name of ‘Hussein Mubarak Patel’) and so on are neither the hallmarks of a spy, nor of a half decent cover or operating protocols.

Second, the entire proceedings and verdict of the Pakistani field general court martial seems to hinge around the ‘confessions’ of Jadhav. A seasoned interrogation team can get the most stoic prisoner to ‘confess’ to murdering John F. Kennedy, if they wanted to. This is precisely why experienced analysts seldom take admissions given under coercion seriously. The tormented prisoner will say exactly what his captors want to hear. Do recall that this is where the US’s obsession with Iraqi ‘weapons of mass destruction’ began.

Also, the Pakistani military court knows that any proceedings that are in violation of proper process will not stand scrutiny of their own human rights activists, never mind international opinion. Disallowing Jadhav consular access or the right to legal aid are but some of the violations in this case.

Finally, even if Pakistan had indeed captured a genuine intelligence operative, it would be a routine affair. There are scores of intelligence operatives from dozens of countries operating in almost every significant nation. Just six years ago, Raymond Davis, a former American soldier operating with the CIA, shot dead two Pakistani nationals in Lahore, even as he was being ‘tailed’ by the ISI – and Pakistan settled for a couple of million dollars to release him. Similarly, exchanging captured spies is fairly routine and while intelligence operatives know that third degree interrogation is an occupational hazard, it is extremely rare that captured operatives are executed in a public manner.

So why is Pakistan doing this?

Quite simply, they are following the script of asymmetric war, the core of which leverages the ‘shock and awe’ effect. Consider this: even as you read this piece, there are several hundred Indians languishing in Pakistani jails, especially Indian fisherman seized on the high seas by their navy. Some in India believe there may still be Indian prisoners of war, captured during various Indo-Pak conflicts. If indeed there are, these prisoners  are clearly going to perish in their cells. Those far more deserving stories have long disappeared from headlines or jingoistic debates. Similarly, attacks by small teams of infiltrated terrorists all across the Kashmir border have now become a routine hardly meriting any media mindshare. It has been seven years since the last major successful attack on India. (The Pathankot attack could have rivalled its brisance, had it succeeded.)

One of the crucial criteria of the ‘shock doctrine’ is macabre novelty. Most media leverages the principle of ‘drama over depth’ and therefore focuses on goriness, not gravity. So the millions who are displaced from their homes, or thousands of women and children who are trafficked, or hundreds who are routinely injured or killed in small wars and skirmishes, don’t get a mention – but one throat being sliced on camera, gets world attention. Similarly, thousands of innocents get napalmed or liquidated using chemical weapons, but it is the burning of one Jordanian pilot live on camera which makes us cringe.

Parading Jadhav around with a noose around his neck is exactly the same strategy.

The end game of this particular script is predictable. There will be jingoism by the media and its strident panellists on ‘consequences’ if Pakistan goes ahead with the execution. Politicians of every hue will shower their entire patriotic fervour on this one individual, ignoring hundreds of Indians who are languishing in Pakistani custody. The opposition, which did nothing to get our prisoners of war back for decades, will start demanding immediate action. Pakistan will milk this opportunity to its fullest, before finally ‘relenting’ and getting its pound of flesh through back channel methods, because it knows that the Indian government is now painted into a corner and will do what it takes to get Jadhav back and save face.

The frenzied rallying of the entire nation behind Jadhav and the resultant relegation of everything else to the background demonstrates how Pakistan continues to seize the asymmetric initiative and how India continues to react to the Pakistani playbook.

Raghu Raman is founding CEO, NATGRID and a former soldier. He tweets @captraman and views are personal.