Between 'Islamic' and 'Republic', What's Left of the Iranian Revolution?

After 39 years of the revolts that dislodged the Shah, there is an absence of an organisational factor to unite the diverse inspirations of Iranians. 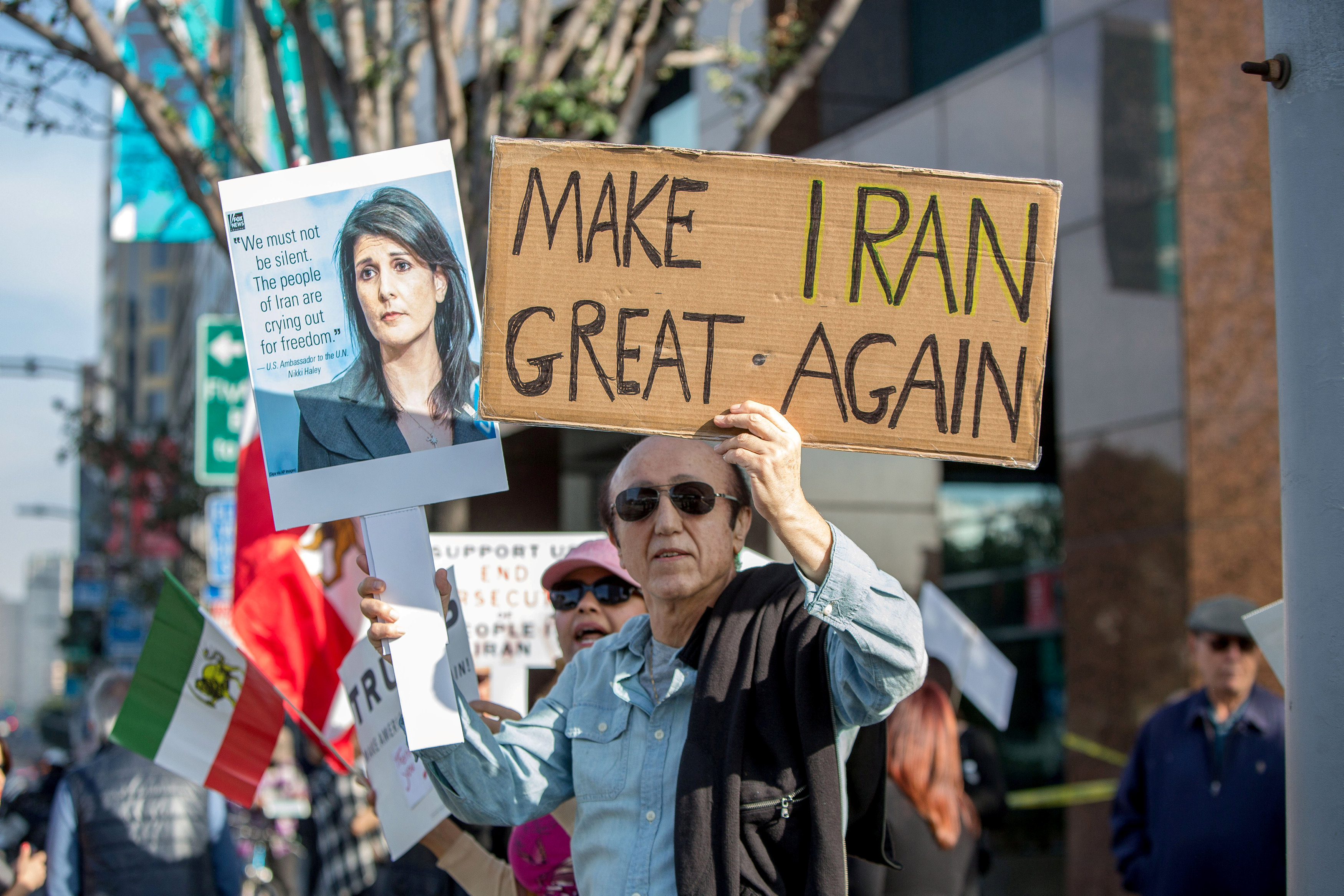 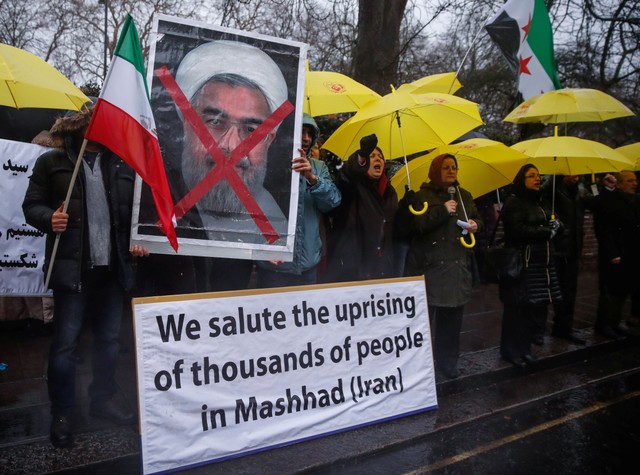 The Iranian Revolution ended the monarchy of Shah Mohammad Reza Pahlavi. Iran was transformed to an Islamic republic under the leadership of Ayatollah Ruhollah Khomeini.

However, it was not not only the cleverness and efforts of the followers of Ayatollah Khomeini in Iran who won broad support of the Iranian population, but also the erroneous policies of the American government, which helped create a pro-US image of the Shah as an American puppet, and the coup d’état of 1953 against the nationalist government of Mossadeq which turned the popular movement in Iran in 1978 into an anti- American revolution.

The rise of political Islam in the course of the Iranian Revolution was not a historically predetermined phenomenon, nor was it an accident. The crisis and decline of liberal institutions resulted in a political vacuum in Iran and provided an ideal opportunity for Islamic forces to organise themselves and mobilise the population.

Internationally, the Islamic revolution had an immense impact on populations in Islamic countries. However, it also helped to change the image of Islam in the non-Muslim world. It generated much interest in political Islam among young Muslim Arabs and Turks, and put a great deal of fear in the hearts and minds of all the Muslim sovereigns around the world.

Future Iranian generations will find it hard to believe that Ayatollah Khomeini succeeded in establishing a violent theocracy in Iran in the later decades of the 20th century on a violent stage framed and normalised by Mohammad Reza Shah and his Marxist opponents. Looking back in time, one needs to underline that Ayatollah Khomeini, unlike Iranian Leftists, did not romanticise violence but practiced it in an unbending manner against his enemies.

Paradoxically, both Mohammad Reza Shah and Ayatollah Khomeini considered themselves agents of the will of god, but Iranians saw in the latter the image of a Shi’ite imam who would free Iran from injustice and corruption.

The monumental misunderstanding, however, was that the main goal for Ayatollah Khomeini was not to establish freedom and nonviolence, but to end with the Constitutional Revolution of 1906. In the same manner as Sheikh Nuri 70 years before, Ayatollah Khomeini declared: “The constitution is not the last word for us. Whatever is contrary to the Quran we shall oppose, even the constitution.”

This tendency to raise the violent voice of an authoritative religious tradition as the “legitimate” and “authentic” culture of Iran gave everyone in the early days of the Revolution an idea of what the Islamic Republic would look like. To paraphrase the famous quote by George Orwell: Ayatollah Khomeini and his followers did not establish an Islamic theocracy in order to safeguard a revolution; they made a revolution in order to establish an Islamic theocracy. But in doing so, they took the genie of violence out of the bottle, the same genie which had been put back in the bottle by the Constitutional Revolution of 1906 and during Mossadeq.

Iran is the only example of an Islamic state installed through a popular revolution. This is why there is a dualism in the structures of the Islamic Republic of Iran. The duality is not only indicated in the very title of the Islamic Republic, which refers to an elected republican body with a president and a parliament functioning in the same political structure with the rule of a Faqih, but it also relates to the fact that the Islamic Republic declares the unity and brotherhood of all Muslims in one Umma and yet reinforces Iranian nationalism.

In this sense, the concept of the government of the jurist, whereby the state is largely an administrative arrangement to implement the Shari’a, was only one element in Khomeini’s understanding of the nature of the state. He also saw it as vested in the model of a philosopher ruler, with a wisdom and knowledge that is higher than the law.

But Khomeini’s understanding of authority had to come to terms with modern understandings derived from the West. The result has been a constitution which gives predominance to the Shari’a and authority based on the divine will, but also incorporates the will of the people and their sovereignty. This mixture has produced many contradictions, particularly in terms of parliamentary legislation conflicting with the Shari’a and the authority of the jurist overriding legitimate constitutional structures. Thus the revolution created a popular support for the state, but on the basis of two conflicting principles of sovereignty.

What is forgotten, however, is that Iran today is very much like the Soviet Union in its last days. The ideology has burnt out, Iranian youngsters are disenchanted, the reform movement has failed to fulfil popular demand and there has been spontaneous rioting and uncivil unrests in the major cities of Iran practically every year.

But 39 years after the revolts that did away with the Shah and his regime, there is an absence of an organisational factor to unite the diverse inspirations of Iranians. Whether the Islamic Republic evolves into more of a democracy or will crumble in revolution is anyone’s guess. For the vast majority of Iranians living inside the country, a people who are already disenchanted with one revolution and have suffered from a brutal eight years war with Iraq and domestic unrests in 1999, 2009 and 2017, peaceful evolution is a more favourable option. For the younger generation, the 70% of the population under the age of 35, the change has to come sooner or later, because the youngsters are looking for jobs, social freedom and opportunity.

So the practical problem the Islamic Republic faces is that it has two poles: on the one hand, subjecting practical problems to so much religious dispute that solving them becomes secondary, and on the other hand, the danger of secularisation of Iranian society. Secularisation is less apparent in domestic politics, however, where a strict Islamic system is still enforced, and no political parties, factions or candidates other than those supporting the system, are allowed into the political arena.

As long as the constitution remains in force, the Islamic republicanism will have practical difficulties and the tension between the “republican” and the “Islamic” will continue. Could the Islamic Republic survive from its ideological identity by leaving place for popular sovereignty, or will the divine mandate of velayat-e-faqih put an end to all hope of a democratic transition in Iran? This is the key question.