"Blood and water" cannot flow together, Modi said while deferring the next permanent Indus commission meeting. 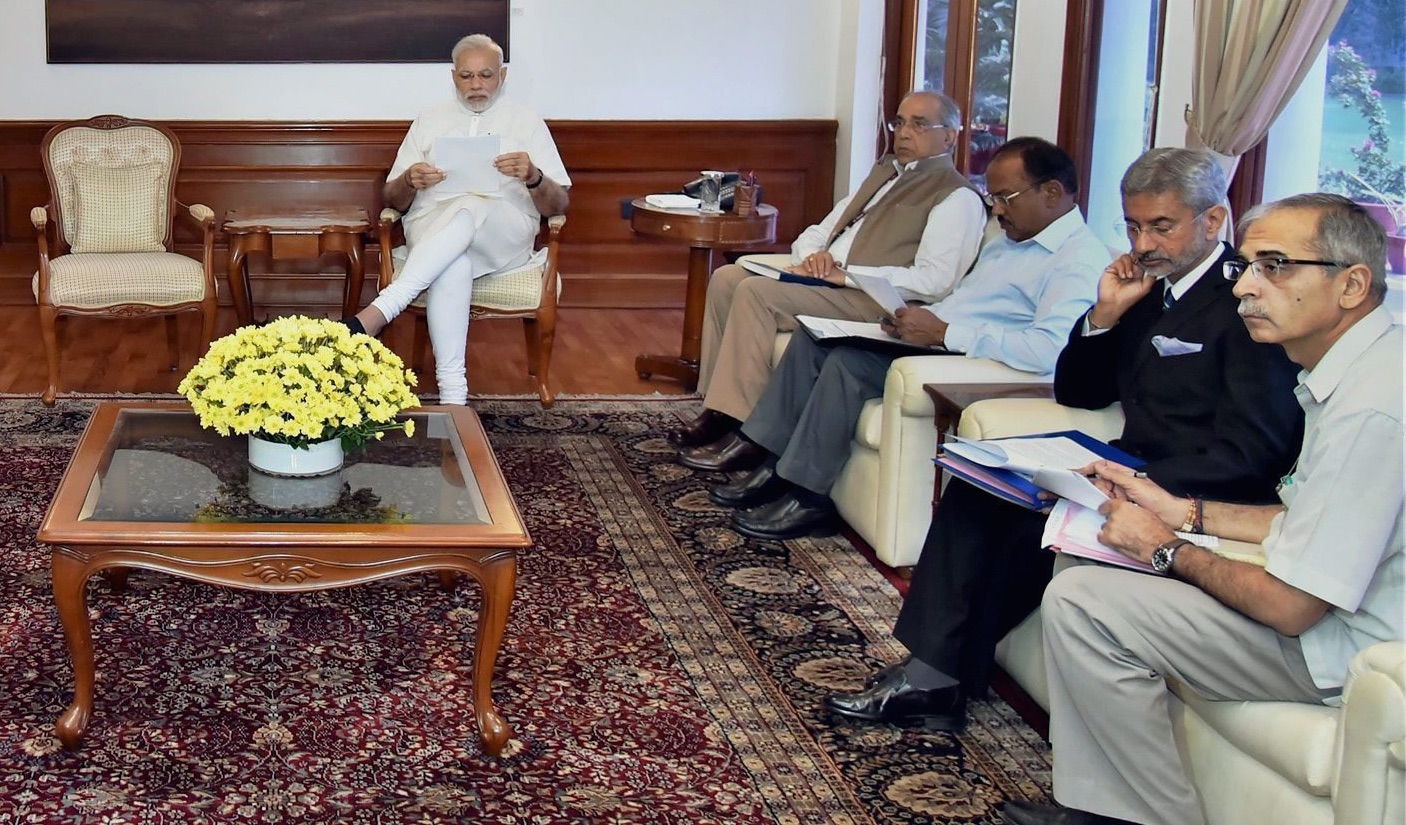 Prime Minister Modi at the meeting he chaired on September 26 to review the workings of the Indus Waters Treaty. Credit: PIB

New Delhi: After a meeting called by Prime Minister Narendra Modi on Monday, India has decided not to abrogate the 56-year-old Indus Water Treaty, but to take steps to maximise usage of western rivers as per the pact and review the suspension of the construction of Tulbul navigation project. However, the only decision with immediate impact will be the deferral of the next meeting of the permanent Indus commission.

“A key message which the prime minister gave at the meeting was that blood and water cannot flow at the same time,” government sources said on Monday evening. Modi apparently used the words ‘rakt aur pani’ while giving the justification for the meeting, which was attended by national security advisor Ajit Doval, foreign secretary S. Jaishankar and water resources secretary Shashi Shekhar.

As per sources, the meeting was convened as the prime minister felt that recent strain in ties with Pakistan was an “appropriate time” to look at the treaty again. The water distribution treaty, brokered by the World Bank, was signed by India and Pakistan in 1960 after eight years of negotiation.

There had been feverish speculation in the Indian media that the government was almost ready to unilaterally nullify the treaty. This speculation was largely the result of a statement issued by the foreign ministry spokesperson last week in answer to a question on the Indus Waters Treaty.

“I am sure you are aware that there are differences between India and Pakistan on the implementation of the Indus Waters Treaty… For any such treaty to work, it is important there there must be mutual trust and cooperation. It cannot be a one-sided affair,” Vikas Swarup said.

However, the government today clearly did not take the plunge to cancel the treaty, a decision that would have had monumental consequences diplomatically. Instead, the only immediate impact of its ‘review’ would be that the next meeting of the permanent Indus commission will not be held in a hurry. “The view was that the meeting can only take place in an atmosphere free of terror,” said sources.

The Tulbul navigation project, whose construction had been suspended by India as a “measure of goodwill” in 1987, may also be revived, sources added.

The meeting also agreed to set up an “inter-ministerial task force for expeditious implementation of rights by India pertaining to the western rivers”.

Since India has not been able to fully utilise even its small share of the western rivers under the treaty, the task force’s “mission is to maximise the benefits of western rivers for the farmers of Jammu and Kashmir”.

In fact, the sources specifically pointed to Jammu and Kashmir assembly resolutions which have called for the cancellation of the treaty in 2003. This was brought up to point out that Kashmiri “sentiments” were not in favour of the Indus Waters Treaty.

Further, India is allowed to build storage capacity of upto 3.8 million acre feet (MAF). “Currently, we have created no storage capacity. So, we will be looking into that,” he added.

The third and last aspect that New Delhi wants to highlight is to fast-track hydropower projects.

According to Indian estimates, the potential for hydropower from India’s share of the western rivers is 18,600 megawatts. However, the installed capacity is 3,034 megawatt, with another 2.526 megawatt of capacity under construction. Sources added that projects with capacity to generate 5,846 megawatt of electricity were also at an “advanced stage of planning”. India is allowed to construct ‘run of the river’ hydropower projects as per the treaty, but even all such constructions require some ‘pondage’.

India will also expedite the construction of three dams on the Chenab – Pakal-Dol, Sawalkot and Bursar. But, as former chief minister of Jammu and Kashmir Omar Abdullah indicated, these are all long-term steps.

Only Bursar is a storage dam but has run in to environment issues, the others are run of the river projects at various stages of planning. https://t.co/OI6JjmGVLf

Sawalkot HEP was shelved by the PDP-Cong government & in spite of my best efforts I couldn't get it out of cold storage. https://t.co/OI6JjmGVLf

Pakul Dul is being executed by Chenab Valley power company, a JV between J&K and NHPC. Would love to see it expedited now, sooner the better https://t.co/OI6JjmGVLf

Pakistan has already dragged India to the Hague-based Permanent Court of Arbitration over the Kishanganga and Ratle hydropower projects. At the last meeting of the Indus commissioners in July, Pakistan raised its objection and then wrote to the PCA to take up the matter. Indian officials have already reached  The Hague to take part in the September 27 meeting to decide the process of arbitration and the appointment of judges.