India often denies visas to foreign journalists, whose reporting may have annoyed the government. 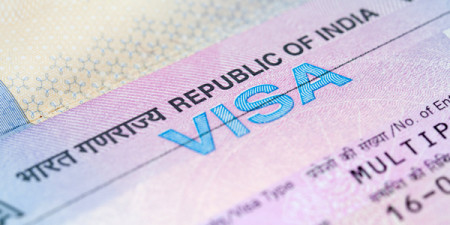 New Delhi: Three Chinese journalists based in India from the state-run Xinhua news agency were denied permission to extend their stay in the country. Delhi-based bureau chief Wu Qiang and reporters Tang Lu and Ma Qiang, based in Mumbai, had sought extensions by a few months to stay on until their successors arrived. Their visas expire at the end of July. The denial of visa extensions has led a Chinese state-run newspaper to warn India of “serious consequences” if the matter was a result of Beijing’s refusal to back New Delhi’s bid to join the Nuclear Suppliers Group.

Despite the furore, the denial of visas to foreign journalists is not a new move by India. Foreign journalists have often been denied visas due to their reporting, which may have annoyed the Indian government, as tracked by media freedom watchdogs Reporters Without Borders (RSF) and the Committee to Protect Journalists (CPJ).

In 2008, the Manmohan Singh government had rejected the visa application of two Swedish journalists, one of whom was of Indian origin, apparently after “critical reports”.

The RSF report quoted the head of its Asia desk as saying that Indian embassies around the world have also rejected visa applications from journalists.

A year later, India refused to give a visa to journalist Hasnain Kazim who was to be the Delhi correspondent of German weekly Der Spiegel. After his visa was kept pending for five months, Kazim was told by Indian diplomats that the reason for not getting approval was because his articles were “overly critical and biased”.

“There is an urgent need for the government to scrap this archaic practice of banning certain foreign journalists from visiting the country. Dozens of journalists have encountered this problem of late,” RSF had said in September 2009.

In 2010, India refused to extend the visa of Shogo Takahashi, the New Delhi bureau chief of Japan’s state broadcaster NHK. He had apparently been told that his visa will not be renewed as his reports were too focused on “poverty”.

“Several dozen foreign journalists are currently barred from reporting in India because the authorities refuse to give them visas,” RSF had observed at that time.

Among these were Tom Heinemann and his wife, Lotte la Cour, both independent Danish filmmakers. In a blog post for the CPJ, Heinemann wrote that his efforts to return to India had been stonewalled after the couple filmed a documentary about labour violations by Scandinavian companies in India in 2005.

Admitting that he had violated the visa rules, Heinemann pointed to the onerous rules for foreigners to make a documentary in India.

“Getting a journalist visa to film a documentary requires at least six weeks of waiting. And you have to tell the Indian authorities what you are going to do, who you are going to talk to, where and when you will do that, as well as submit a synopsis for the project. This sort of restrictions makes critical, investigative journalism impossible,” he wrote.

Hienemann wrote that a democracy must be judged by how it allows media to work. “Any democratic country should be strong enough to let journalists cover any story they deem worthy, no matter where or what that story might be”.

In 2002, Time magazine’s correspondent in India Alex Perry was called in for questioning over supposed irregularities with his residence permit following an article he published that had questioned Prime Minister Atal Bihari Vajpayee’s health.

As the Sydney Morning Herald reported at the time:

In a story published in Time‘s Asian edition earlier this month and with the headline “Asleep at the Wheel?”, Perry asked whether the Prime Minister, Atal Behari Vajpayee, was fit enough to run India during the recent tense standoff with nuclear rival Pakistan.

Time has said it stands by its story.

The article suggested that Mr Vajpayee, 77, fell asleep in cabinet meetings and enjoyed a nightly whisky.