However, the Wassenaar Arrangement may soon be ready to welcome India into its fold, officials indicated. 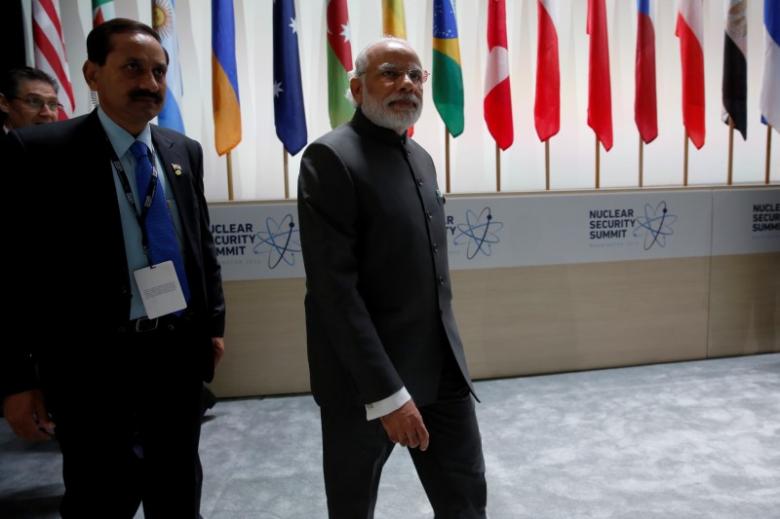 New Delhi: India’s initial optimism on being able enter the Nuclear Suppliers Group (NSG) soon has withered away, with the last consultative group meeting in Vienna not making much progress, in New Delhi’s perception.

At the consultative group meeting in Vienna on November 12, Argentina’s ambassador to Austria Rafael Mariano Grossi presented the preliminary findings of his consultations with members of the NSG to find an acceptable solution to India’s application.

In Seoul, Grossi, the outgoing NSG chair, was made the facilitator to find a way out of the stalemate in which China and several other nations wanted to draw up special entry ‘criteria’ for applicants who are not a part of the Non-Proliferation Treaty. For Beijing, the insistence of helped to not just to stall India’s membership, but to also put Pakistan’s application in the same bracket.

India was, obviously, not part of the deliberations in Vienna. But the proceedings have not brought good cheer.

According to sources, Grossi’s presentation had a “lot of resonance” among the officials present at the meeting, with some members asking for further clarifications.

There was no official statement after the meeting. China, once again, was the exception. Chinese officials have been proactively releasing statements since India expressed interest in joining the NSG. Three days after the Vienna meeting, the Chinese foreign ministry spokesperson described the Vienna meeting as a “good start of the inter-governmental process to implement the two-step proposal”. With the new incoming US administration, there is more concern on whether President-elect Donald Trump will have any leverage to work with Beijing to convince it to modify its views, just as George Bush had mustered all of US’s diplomatic muscle to get India an NSG waiver in 2008.

Indian officials have been careful not to use the Chinese phrase of ‘two-step’ proposal and thereby give it currency. But there is increasing acceptance within the group for a “non-discriminatory” process, which will  draw up the qualifications for membership before the applications are considered.

A week before the meeting, Grossi’s remarks at a conference in Brussels were revealing about the consultations moving towards a criteria-based approach.

As The Wire  reported before the consultative group meeting, Austria was one of the few countries which remained steadfast on the need for the NPT to be the cornerstone of qualifications for new NSG members.

On Monday, an Austrian foreign ministry delegation held formal talks with Ministry of Eexternal Affairs secretary (west) Sujata Mehta in Delhi, where the NSG matter was raised by India. There was no change in its position, with Austrian officials only willing to say that they will play a “constructive” role.

Austria, which considers nuclear non-proliferation as an important principle of its foreign policy, was one of the leaders of the resolution to lead up to a legally-binding instrument to ban nuclear weapons. The resolution passed through the UN first committee with flying colours on October 27, but will have to now confirmed by the UN general assembly in December.

There was division among the nuclear weapon states in their voting pattern – India, Pakistan and China abstained, while the UK, Israel, the US, France and Russia voted against the resolution and only North Korea voted in favour.

Officially, India has still not yet decided whether to take part in the 2017 conference to draft the new convention.

A senior Austrian official told The Wire that there was no connection between India joining the conference and its NSG’s membership application. “These are not related,” he said. However, he indicated that India’s membership will take place before the new nuclear weapon prohibition treaty would be in place – which is a rather open-ended calendar.

However, while the NSG dream seems to be slipping away for now, India may soon become a member of the the second export control regime after joining the Missile Technology Control Regime (MTCR). The 2010 Indo-US joint statement had identified four export control regimes – the NSG, MTCR, the Australia Group and the Wassenaar Arrangement – whose portals would be knocked for India’s entry.

After MTCR, the Wassenaar Arrangement, which aims to regulate the spread of strategic and dual-use technologies, may soon be welcoming New Delhi, officials indicated. Unlike some other regimes, Wassenaar has specific criteria for entrants, which includes whether the country has adhered to guidelines of the NSG and the NPT. The operative word here is adherence, which means countries do not necessarily need to be signatories.