While the Indian side has issued the 12th note verbale this year, Pakistani diplomats also continue to report incidents of harassment. 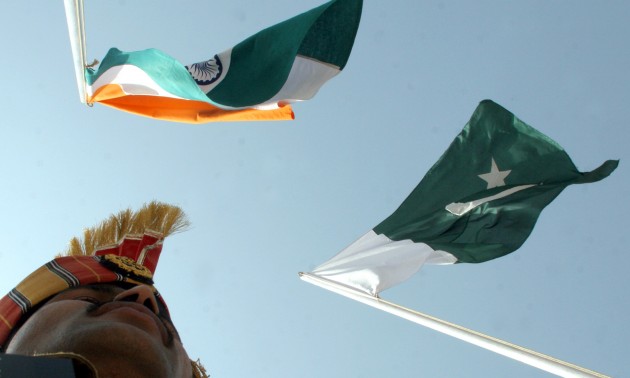 New Delhi: There seems to be no end in sight to the continuing incidents of intimidation of Indian and Pakistani diplomats posted in each other’s countries.

The Indian missive ‘highlighted’ two latest incidents of intimidation, one of which took place on Saturday.

On Thursday, the Indian naval attache and his family were on their way to a restaurant when they were “aggressively followed” by two men on a motorcycle. Two days later, Indian officials who had gone shopping in the Blue Area of Islamabad – which is the diplomatic enclave – were also followed by two persons and abuses were hurled at them.

“We have asked the Pakistan government to investigate these incidents,” said officials.

According to diplomatic sources, Pakistani diplomats also continue to report incidents of harassment. The last incident involving a Pakistani diplomat and his family took place on Friday when their vehicle was stopped while they had gone out on a shopping trip. A video of the incident was shown on Pakistani television channels.

The Pakistani high commissioner Sohail Mahmood has returned to Islamabad after being called back for “consultations”. India had sought to play it down as a ‘routine matter’ – which is done by foreign offices all over the world.

Earlier this month, Pakistan had claimed that there had been an unusually high number of incidents of ‘harassment’ of its diplomats posted at the high commission in Delhi once they left their premises. It involved at least two cases where vehicles ferrying children of the diplomats were stopped and photographed.

It emerged from Indian diplomats that they too have been facing a number of occurrences over the last one year that has impacted the functioning of the high commission. Sources said that local security guards at the Indian high commission were instructed by Pakistani security agencies to ensure that no Pakistani citizens be allowed inside the chancery.

Indian officials contend that the ‘redline’ was crossed when there was a ‘raid’ by Pakistani security agencies into the high commission’s premises and construction work was stopped at the chancery complex.

There had been more tit-for-tat retaliation. Electricity and power to the Indian high commission’s chancery were stopped for a week, while gas supply to the Pakistan high commission was disrupted.

Contractors at the Pakistan high commission have also been apparently told to stop their services, apparently mirroring similar incidents occurring with Indian diplomats. India had also complained that its diplomats were denied access to the Islamabad Club after Pakistan raised the matter of exorbitant fees for its high commission officials at two big clubs in Delhi.

Both sides had taken up the matter at the highest level in the foreign ministeries – Indian high commissioner Ajay Bisaria met with foreign secretary Tehmima Durrani in February, while Pakistani envoy Mahmood met with Vijay Gokhale on March 8.

At the last weekly briefing in Islamabad on Thursday, Pakistan foreign office spokesperson Mohammad Faisal said that “no positive action” has been taken by Indian side so far. “Under the Vienna Convention, the safety and the security of Pakistani diplomats and their families is the responsibility of the Indian government,” he said.

The Vienna Convention was also invoked by the Indian side, which also deliberately pointed that New Delhi had not approached the media.

“We have asked for an immediate resolution of these issues faced by our high commission in Islamabad so that the safety and security of the diplomatic mission and our diplomatic and consular officials is assured. We would like our mission to function normally with any obstruction or harassment in keeping with Vienna Convention on Diplomatic Relations, 1961,” said MEA spokesperson Raveesh Kumar on March 15.