It Is Time India Signs the Nuclear Test Ban Treaty

India already possesses a sufficient arsenal of fission weapons. Signing the CTBT now would lead to diplomatic gains and strengthen its case for NSG membership. 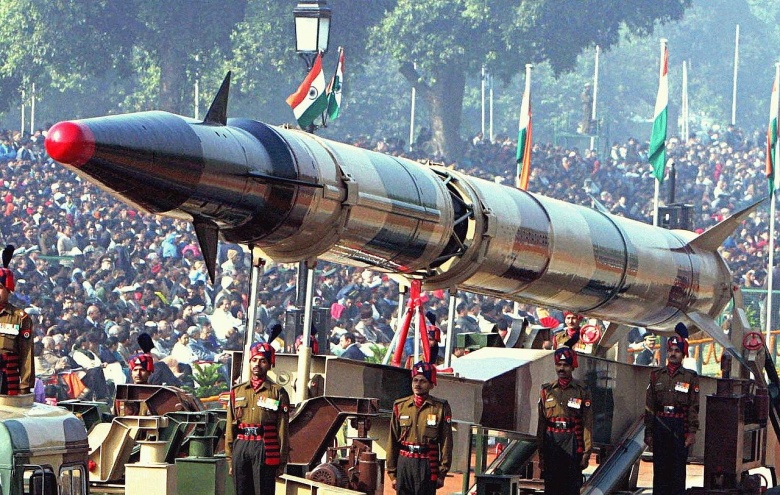 There will be immense diplomatic gains if India decides to announce that it has decided to sign the CTBT. Credit: Twitter

The time has come for India to unilaterally and voluntarily sign the Comprehensive Nuclear-Test-Ban Treaty (CTBT). At first glance, this suggestion might sound like diplomatic sacrilege, one being made at an inopportune time.

The government has its hands full with the demonetisation issue and the forthcoming state elections. Nothing could be further from their minds than a drastic new move in the strategic sphere. Furthermore, for a while now, our policy on CTBT has been firmly set – to support it in principle but not do anything about joining it until other major players, like the US and China, ratify it first.

However, no policy is engraved in stone and it is time to think afresh about the CTBT. After all, the geopolitical situation and India’s position in the nuclear realm has changed since the time the policy was first made. In 1996, when India’s permanent representative in Geneva categorically rejected signing the CTBT at the negotiations, it was in keeping with the strategic plans and requirements of the country at the time. Although it had not formally been declared so in public, India was on track to build a nuclear arsenal of its own in response to the threats in its regional environment. For that, it clearly needed to conduct some nuclear tests.

True, we had by then already detonated a nuclear device in Pokhran in 1974. However, that test, termed as a peaceful nuclear explosion, was a demonstration of our technological ability to conduct a nuclear explosion of respectable yield. The device was not in a weaponised form and its success was not sufficient to be conceived as a satisfactory demonstration of a working weapon.

It was clear that eventually, more tests would have to be done if and when India decided to build a nuclear arsenal. Obviously, it was logical under those circumstances to vigorously oppose any international regime or treaty that would come in the way of India’s plans to test the nuclear weapons.

Since then, we have conducted a set of nuclear tests in May 1998. Additionally, immediately after the 1998 tests, India also declared a voluntary moratorium on further testing in order to mitigate more international opprobrium, further isolation, and threats of financial and technological sanctions of the kind that followed the 1974 tests, which would have crippled us at a time when we had embarked on the road to economic growth and accelerated development. In September 1998, Prime Minister Atal Bihari Vajpayee stated, “In announcing a moratorium, India has already accepted the basic obligation of the CTBT.”

Subsequently, we have continued to assert that we do not plan to conduct any more tests – an assertion that has served our interests well. A prominent example of this was the reassurance given by the then external affairs minister Pranab Mukherjee at the time of signing the civil nuclear deal with the US, which helped in getting the Nuclear Supplier Group (NSG) to lift its sanctions on India.

However, even if India plans not to conduct any further nuclear tests, one could ask why it should sign the CTBT now and ‘unnecessarily’ foreclose that option in the future. There are several valid reasons for signing the treaty – some based on the benefits that would accrue if we announced such a decision, others by showing that the “option” of testing forgone is not very important.

The diplomatic gains from an announcement that India has decided to sign the CTBT will be immense.

At a time when we are increasingly accepted as an emerging global power and as a responsible member of the nuclear community, a voluntary decision to sign the CTBT would enhance our stature further. The fact that India would be doing so without requiring prior ratification by China and the US, would establish our ability to take independent initiatives that are good for the country and the world.

At a more pragmatic level, the move will greatly strengthen our case for being admitted to the NSG and other international groupings. Unreasonable and impractical demands have been made over the last couple of years that we should first join the Non-Proliferation Treaty (NPT) before being considered for membership of the NSG. Such arguments wouldn’t stand against the fact that besides having always followed all the NPT guidelines in spirit, by signing the CTBT, we would now be going well beyond what even some NPT weapon states have done.

What price would India pay by ratifying the treaty? What we will forgo is the option of testing any more nuclear devices. However, the value of keeping this option open is highly overrated.

Legally speaking, as a sovereign nation, we can certainly resume testing again. Realistically, however, we can’t really exercise that option without seriously damaging our credibility in the international community. Abandoning our voluntary moratorium on testing would nullify all the effort we have made during the last two decades to shed the unfair tag of being a pariah state and to be viewed as a responsible nuclear nation.

If we were to conduct a nuclear test again, the US would be compelled to pull out of the nuclear deal. Not only would there be no question of our becoming members of the NSG, but their sanctions would be reimposed.

From an operational point of view, our nuclear doctrine of having a credible minimum deterrent does not really need further testing. The immediate declaration of a moratorium on further testing declared by the government was based on the assurance of department of atomic energy (DAE) scientists that the 1998 tests were successful.

Similarly, at the time of the nuclear deal negotiations, it was clear that the deal would be nullified if we were to test again and all the effort and the IOUs spent in obtaining the deal would have been wasted. Hence, a reassurance was sought by the government and given by the DAE that India did not need to conduct any further tests. Furthermore, while the CTBT prohibits signatories from exploding a real live weapon, computer simulations of such explosions would still be allowed if the need for an improvement or an upgradation is felt at a later date.

Despite the DAE’s assurances, some doubts were cast on the success of the 1998 tests by K. Santhanam, who was intimately involved in organising the tests. Santhanam felt that the observed yield of the explosions seemed to indicate that the set of weapons did not fully succeed. His concerns were also echoed by the late P.K.Iyengar, a former chairman of the Atomic Energy Commission of India.

Earlier, some western analysts had also questioned the claimed yields of the 1998 tests. In response, other leading DAE experts including R. Chidambaram had written lengthy scientific articles defending the original DAE claims.

This difference of opinion on the outcome of the tests remains unresolved, however, that is not of significance. Of the five different devices tested in May 1998, one was of 43 kT yield (a thermonuclear device) and another was of 12 kT yield (a fission device). The other three were of sub-kiloton design. Whatever doubts were cast on the success of the tests were related only to the fusion process driving the 43 kT thermonuclear attempt.

It is generally agreed that the fission weapon did function. Even the lower yield of between 15-20 kT claimed by critics was consistent with the successful functioning of the 12 kT fission bomb as well as the fissile portions of the thermonuclear device. Indeed, the Indian government was sufficiently convinced by the claimed success of the 1998 tests and based on them has been building a sizeable arsenal of plutonium-based fission bombs.

More tests would be required only if India wishes to build thermonuclear weapons. But why would it need such weapons? India has a nuclear doctrine which clearly eschews nuclear aggression and seeks to build only a credible minimum deterrent. Unlike the US and Soviet Union during the Cold War, India does not entertain notions of conducting a nuclear war and winning it.

Traditional wisdom pertaining to conventional weapons – the bigger the better – does not apply to nuclear weapons for minimal deterrence. As we have repeatedly argued for years, just a pair of 20 kT fission bombs dropped on a pair of major cities of the adversary would kill half a million people. That represents sufficient unacceptable damage for any modern state, the prospect of which is enough to deter any thoughts of an attack by them. For such counter-value attacks, 50 kT thermonuclear weapons are not needed. The arsenal of fission weapons we already possess is more than sufficient, with plenty of redundancy.

Lastly, let us put to rest the standard objection that in signing the CTBT, we would be – or be seen as – succumbing to US pressure. It is true that the Americans have time and again urged us to join the CTBT despite themselves stopping short of ratifying it. But these periodic suggestions do not add up to any significant pressure, unlike the pressure mounted on us when the Narasimha Rao government was planning the nuclear test.

Today, there are no penalties or threats of sanctions for our not signing the CTBT. Besides, to not take a step that is good for us simply because others have suggested it for their own reasons is as much allowing ourselves to be dictated by them as taking the step.

Additionally, Pakistan’s suggestion that we enter into a bilateral agreement with them to not test does not merit a serious consideration. To test or not is not a bilateral matter. If we join the CTBT, it would be a unilateral step. Therefore, no serious commentator aware of the situation can attribute our joining the CTBT at this juncture to any external pressure.

A nation aspiring to be a world power must not shy away from taking bold initiatives at crucial periods. As Shakespeare wrote, “There is a tide in the affairs of men which, taken at the flood, leads on to fortune.” Such an opportunity is available to India to fortify its place as a leader in the community of nations, that too without flexing its military or economic muscle.

R. Rajaraman is an Emeritus Professor of Theoretical Physics at Jawaharlal Nehru University and former co-chair of the International Panel on Fissile Materials.